“Photography and its compositions play with the end result, which is the still and static frame. We can consider its pre-supposition to modernity and the way in which modernism, technology and industry precipitated our current fascination with destroying their intentions …”

A principal feature that photography and music share is that of composition. Composition as it relates to the field of visual art has its history indebted to a wide variety of perspectives and of course, perspective itself. Following notations about linear sight and vision and its ability to be recorded through the technical apparatus that is at one’s disposal is also a highly subjective notion of what does or does not make a great picture. Of course these perspectives differ widely and are perhaps not as easily agreed upon as they are within the musical field where notation, tempo, and rhythm even within the confines of improvisation join elements in a semi-agreed upon feature of the end product’s listenability or its purposeful inverse. 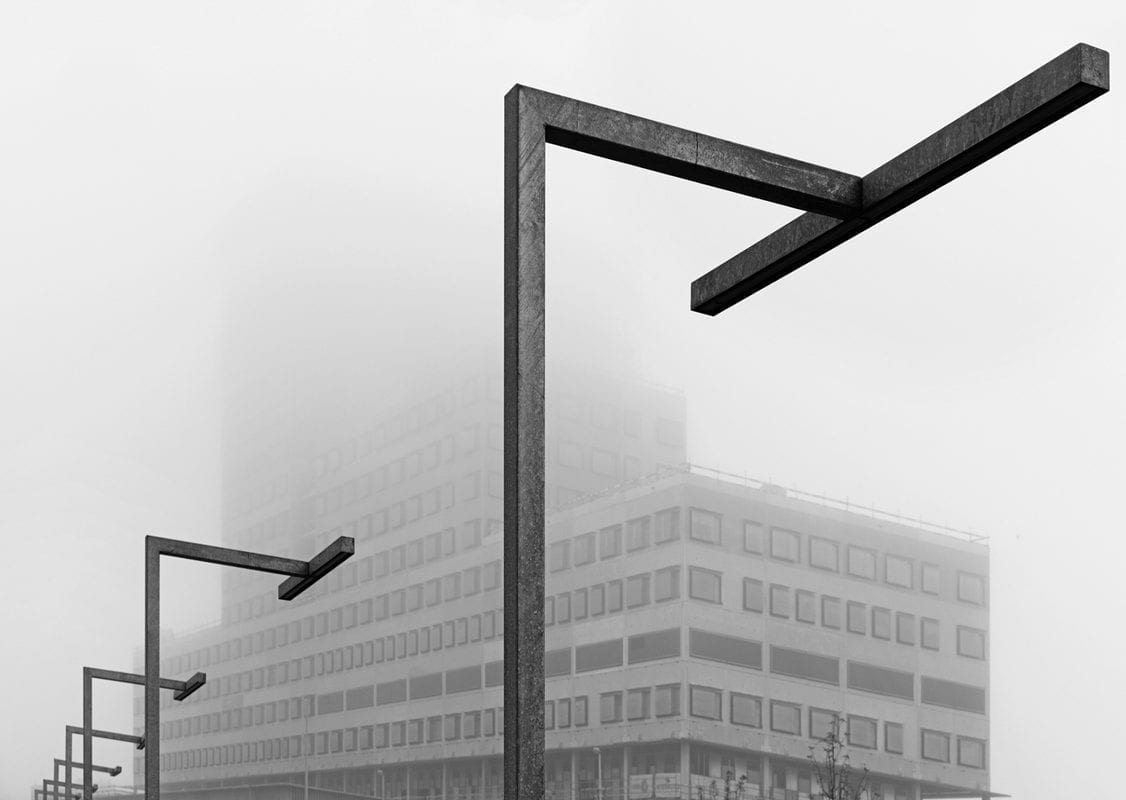 We do not generally pain the musical considerations of what compositions are successful or which are not successful by simple subjectivity. Instead, we reflect on a more widely assumed historical discourse of the musical medium, its genres and its predicated acknowledgement of its successes and failures. This is an interesting difference when we pursue how the medium of photography and the medium of music work together or have limitations in a shared order. Photography has a very short history and though we can speak on the technicalities of the medium in relation to depth of field, exposure and so on, those considerations are but the very few critical discussion points that we have in the visual understanding of a medium that has not yet been clearly defined by an agreed upon criticality. We simply do not have, despite the copious amounts of writing on the subject, a bar in which to measure the success of a photographic image or its antithesis, which given the relatively recent genus of its being, and its volumes of objects or “pieces”, fails to inform by sheer weight of the medium its own clear discourse. 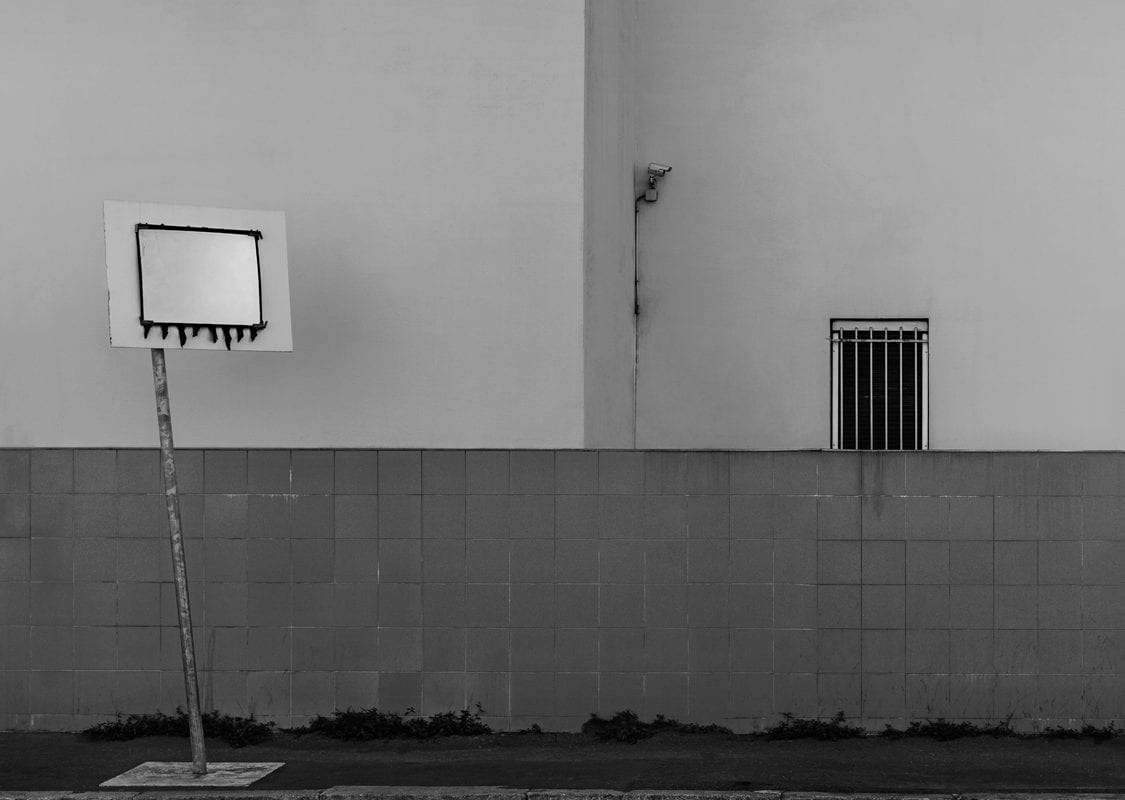 Photography and its compositions play with the end result, which is the still and static frame. We can consider its pre-supposition to modernity and the way in which modernism, technology and industry precipitated our current fascination with destroying their intentions -systems collapsing in the grand magnitude of modern life and force us to look at destruction or imperfection as an antidote to failed utopian notions of perfection and the modernist grid or scale. However, with photography one or two principal co-ordinations and the way in which these factor cognitive sense is important. We really on the sense of composition and perhaps tonality as goal posts among other attributes in which we like or dislike a photographic image. 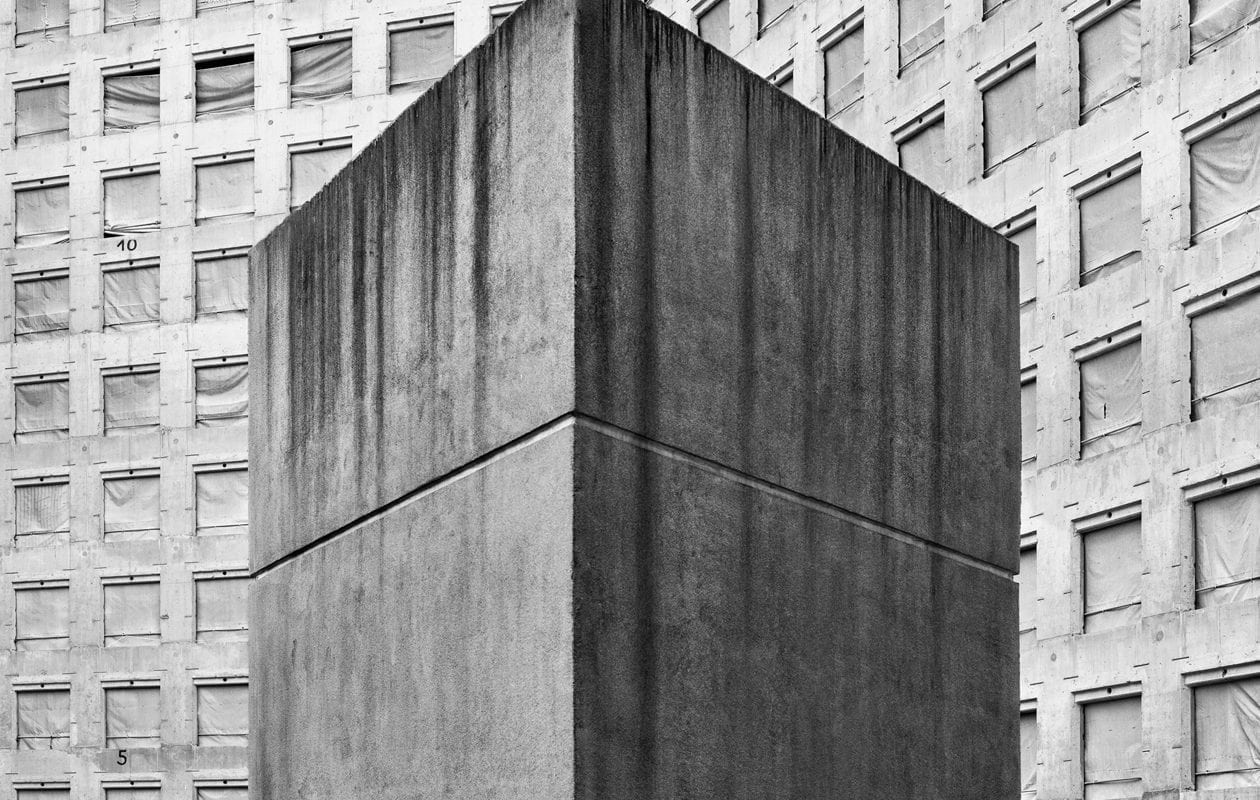 Music is written, when not improvised and very much in the classical sense on bars and with notes, clef or other. The point of this arrangement is also visual. When you look at musical notation there becomes a visual pattern to nearly any symphony etc. When the pattern is subverted, it is done so and on purpose against the imposition of notation and the lines within which it rests. These lines, these linear implementations of strategic value result in music and the “written” composition may be made before any note is played-ask a deaf Mozart how he sees music. It is not so different with the way in which we value perspective and line in photography. Line and perspective are two elements in a photographic composition constantly battling with one another.

“This haunted rendering of inhuman space intentionally disrupts the faux-utopian ideal. The vistas become cold and excusably inhuman-that is not say inhumane as Musi is a humanist at heart”.

The symphonic rhythms of the cityscape, their values in line and their thrust and movement including tempo of their placement become parables in which we can examine their edifice in the modern city as notation and the city itself as the larger bars in which they become metaphorical notes of rhythm and music. With photography, architecture and its technicalities have a long history, not only as to the inventions, but also methods such as urban planning, psychogeography and flanneur discourses, but also to the way in which our bodies are attuned to the rhythm of their opposing systems. We are forced to navigate through the warrens of streets, alleys etc. and in doing so, we are given a meandering discourse to consider in which buildings and built objects become the weave in which we may consider their presence musical bars-if viewed from behind the camera, we can even see the waterfront line of New York for example as a scale to consider playing. When we look at buildings and try to achieve what we see over what we can capture in an image, the gruelling discipline of perspective becomes apparent quickly. It is very difficult to attain the correct image of a building due to where a body needs to be placed against it in order to strike the correct notation of its melody, etc. 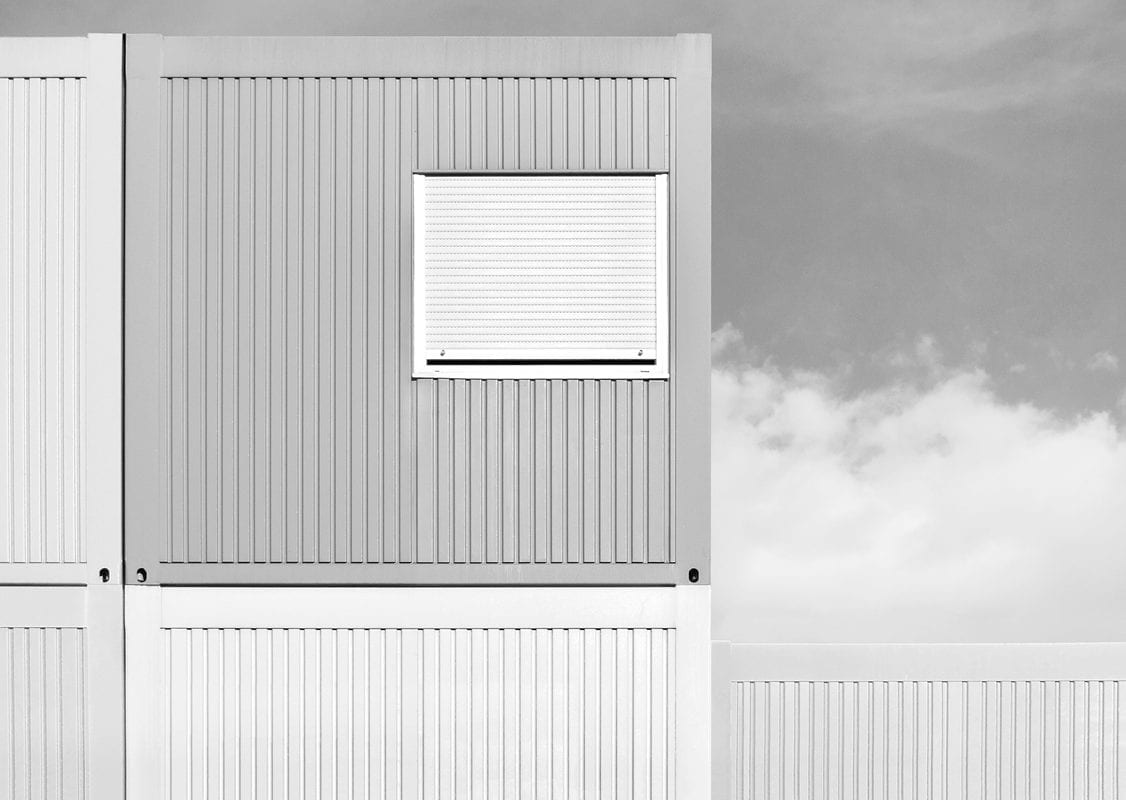 In the work of Pino Musi, architecture is a discipline that the photographer has spent a large amount of effort studying, trying to correct perspectives and to give the presence of its modernity a space in which the two mediums collide in a shared pursuit or order born from the chaos of disparate elements-notes perhaps. Musi’s grids within his images reflect more than a passing nod to modernity, but also regard the city and its architectural elements as uninhabitable spaces in which the presence the humans that have built these structures is purposefully missing. This haunted rendering of inhuman space intentionally disrupts the faux-utopian ideal. The vistas become cold and excusably inhuman-that is not say inhumane as Musi is a humanist at heart. His love of culture as seen in Border Soundscapes (Artphilein Editions) is clear. Musi is having a visual conversation about photography, modernity and music. You cannot be an anti-humanist despite the lack of people found in the photographs and still consider the passion for human culture that sits on the periphery as accidental or unnecessary. What Musi questions is space, time, rhythm and the grid in which all these elements must manoeuver. It is a highly successful, perhaps even a dramatic formal pursuit and the results are masterful. The book itself which houses these faux-dystopian vista plays with the idea that photography and music share more than one common set of values-perspectives, rhythms, and compositions and is formally produced in a square LP catalogue of Musi’s images, which ask the we consider hearing his photographs as well as seeing them. He asks that we read the terrain with our eyes, but that as with most art forms, we let out imagination and passion be the guide of rule for their interpretation. Its Mid-2019 and I have seen my share of books creeping past my desk and Border Soundscapes is certainly a stand out in the sea of mediocrity. Musi should no longer be kept a secret and his praises should be sung at full volume! Highest Recommendation. 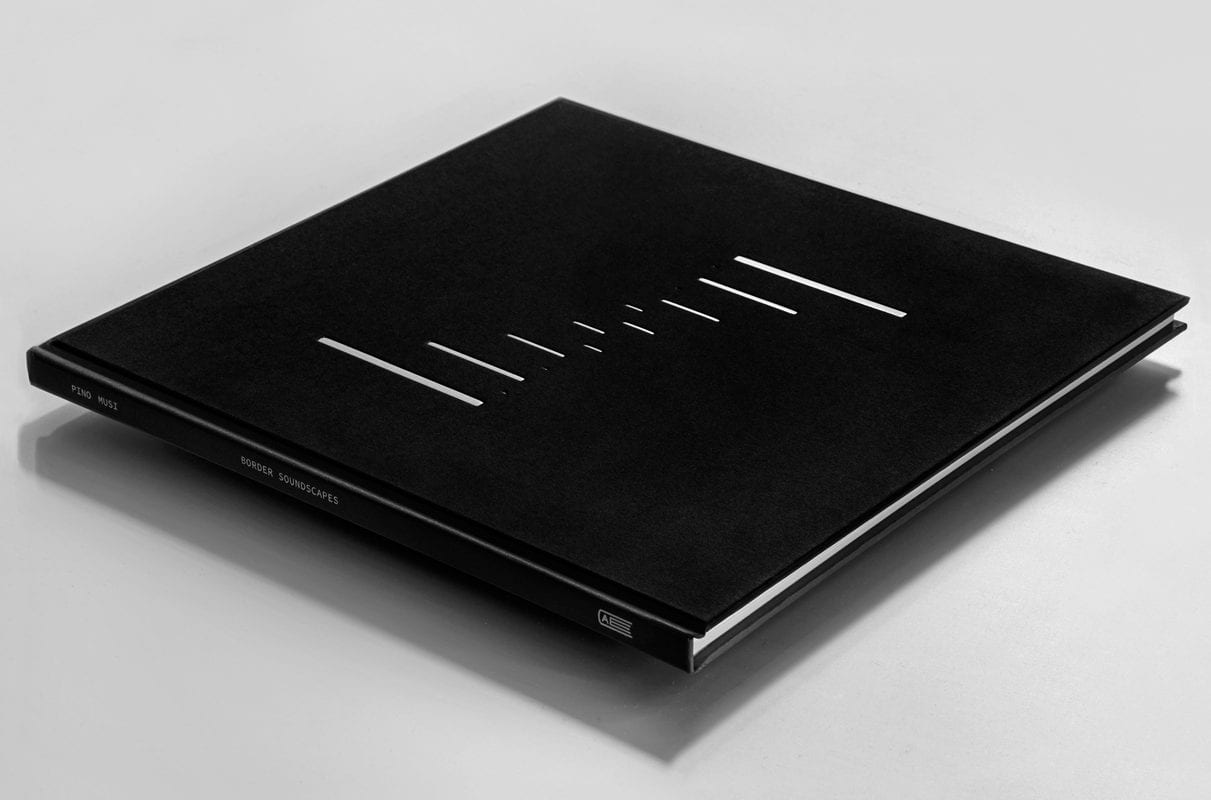