America has been at the forefront of people’s imagination for some time. Its ability to push its agenda via entertainment, the unduly course of self-prosperity and the mythical qualities inherent in its manifest destiny add layers to its perception from abroad, but also its perception of itself, individually realized or  not. America is more of a concept than a place. Ask any American about what actually makes America great and the answers will be indicative of the extraneous value placed with platitudes to the actual topics such as capitalism, self-prophecy and of course “freedom”-the latter being ironically “not free” if you follow the recent course of empire in country ballads aimed at propping up the war machine.

This makes America less of a “land for you and meee” than it makes the idea of America prevalent in mainstream global consciousness in dislocated associations of fear and plenty and it is not alone in that-historically Rome (a country unto itself cannibalizing other nations or rather occupying them), England and Greece all had great resource and abundant tithing placed upon their laureled shoulders while expanding their borders for the sake of glory and God through violent means crushing opposition until it succumbed or simply died. What makes America most pervasive is the time in which it was “born” or rather given its glory by its hands in genocide and Eurocentric immigration to its shores. America would not be America had the stars not aligned under the prosperous technological acuity that began with the industrial revolution and that also somewhat ironically had its roots in England, the mother country that America would divorce just about the time it found that the cotton gin had wider implications of forced labor and militaristic advance. 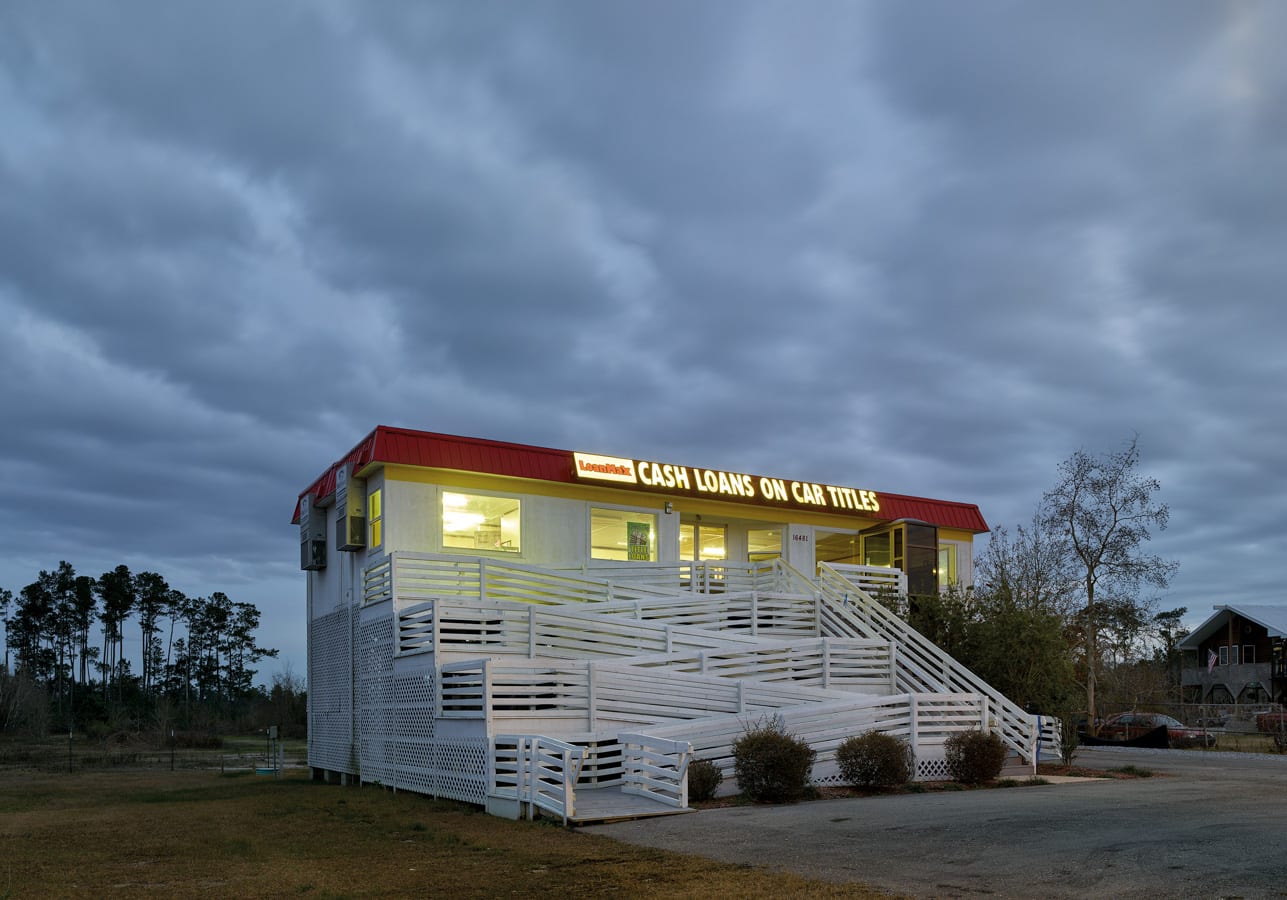 With every great expansion comes a point in which the febrile tentacles of the warring body grow thin and are unable to support the Cthulic limb grasping at “more”. The arms of the nation have become thinner and weaker the further the expansion grows causing the body to become brittle on a whole and susceptible to decline and illness. Whether we are actively participating if by spectatorship alone, the necrotic overreach of American shores or whether the world is becoming smaller to attenuate to its needs, we will only know in the short oncoming future, should there be one. “Rome was not built in a day, but ended in one” is certainly an adage that has seeming qualifications for the state of affairs presently gathering pace in America, its tipping point not altogether reached on the surafce of examination. It is something that to paraphrase Pulitzer Prize winning author Chris Hedges, happens at a shorter interval of decline than one expects, like a plume of smoke rising from an unseen and vanquished match head. Hedges suggests these affairs in the American market place of ideas and its geopolitical posturing are generally fuelled by de-industrialization, NAFTA Clinton-ism and the rampant and unbridled seizure of foreign land with micro-militaristic tendencies in which the veneer of American greatness has fallen slovenly to the floor of global visage with the invasion of both Iraq and Afghanistan and its constant international meddling.

In 2016, the world of self-love and value ended in America with the crowning of Donald Trump as a de-facto king of the proverbial world, the sham businessman and the sham politician replacing a number of hawkish (is there any other) free market competitors, notably the ugly oligarchy of the Clinton’s second attempt to gut what was left of the American system for the sake of their ego and the discredited foundation they shelve your child’s future in. This is the moment in which America is forced to hold a very ugly mirror up to itself, its neoliberal war-mongering convulsive mass and its widening class divide cast upon its own citizens. 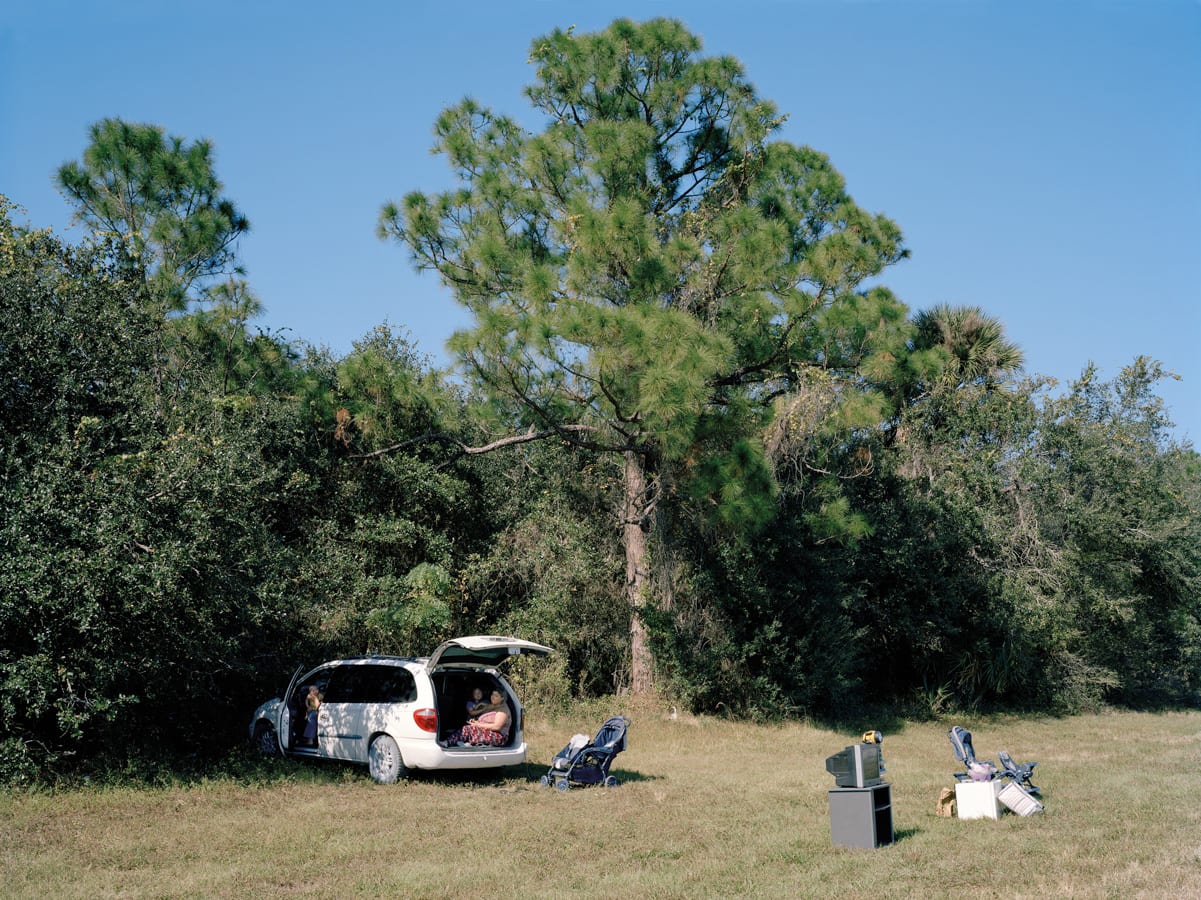 “Power has a knack as a political animal to be in the right place at the right time”. 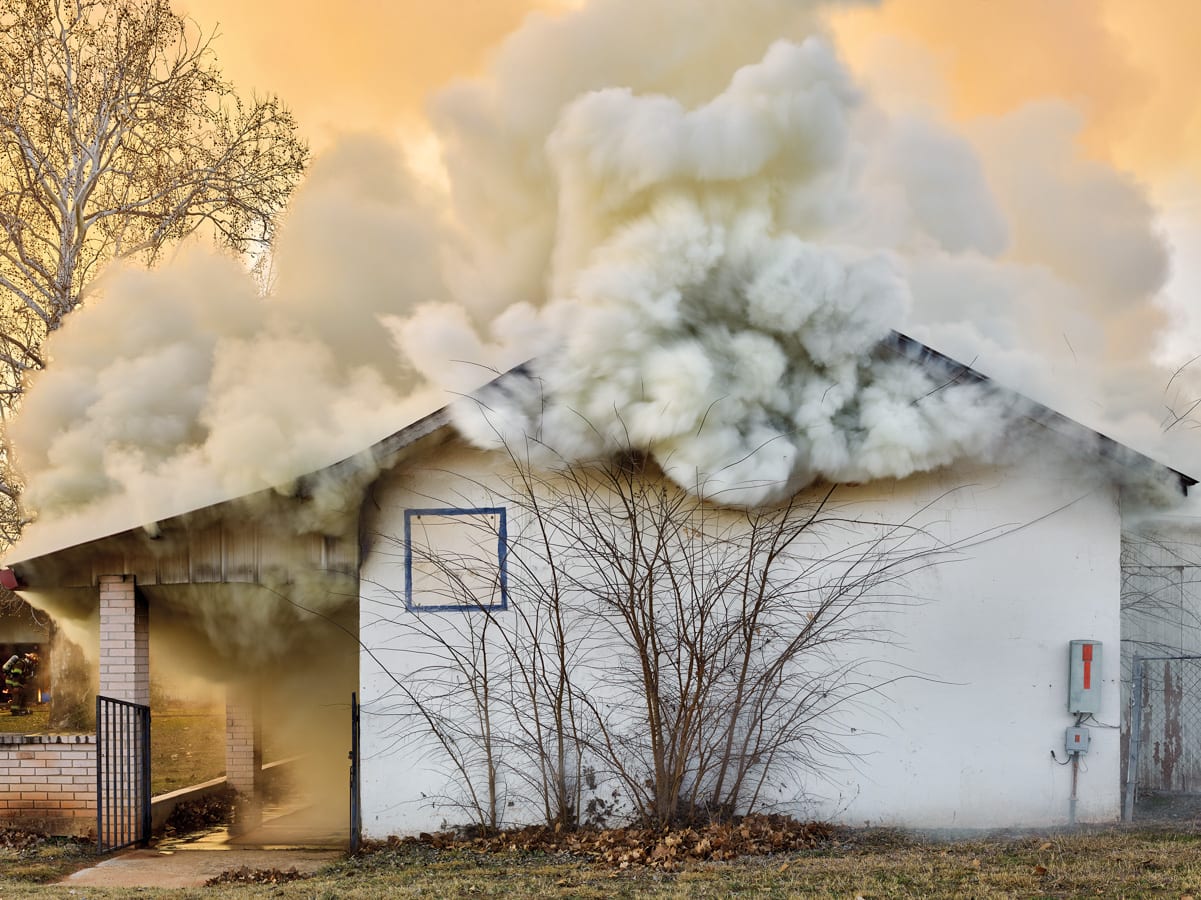 In the previous eight years, the mirror was held just slightly at an obtuse angle in which only part of the American portrait could be seen. President Obama’s America and his incredulous assassination program of drone strikes and neo-feudalist bailing out of the banking system looked better in part than in did in whole despite how badly we wanted to believe that a minority in power would play out any different. Racism, bigotry, intolerance, greed and rampant corporatism all aided the undercurrent of real politicking in America and the confrontation of Trump’s candidacy reflects more on the problems within America rather than any massive shift in politics. In short, America’s perception of itself has been shattered with the crowning of their very own Nero. This is not a small point of observation. As an American living abroad for nearly half of my life, I can tell you the shades that Americans wear when viewing their country and their inertia, motivations and culture are thick with distortion when viewed from the outside. The achievement of Donald Trump, for every ugly thing he musters to his lips, for every repellent speech and every obnoxiously hypocritical move he makes is entirely endemic of the American century and its reflection in decline.

How a dead cat in a bag happens.

Mark Power is British. We cannot undo that Mr. Power is a foreigner afield. His book “Good Morning, America. Volume 1” (GOST) is one of five separately –released volumes that offer, with a large amount of fascination a pulse-taking of the American landscape, both political and social. Importantly, Power is examining the physical construct of America itself in a time of upheaval and change. Power is no stranger to being in the right time and the right place to document the condition of a nation on the verge of political and social shift. Die Mauer Ist Weg! is but one of his incredible bodies of works in which the author was present at the specific moment of change-the Fall of the Berlin Wall. Power has a knack as a political animal to be in the right place at the right time. 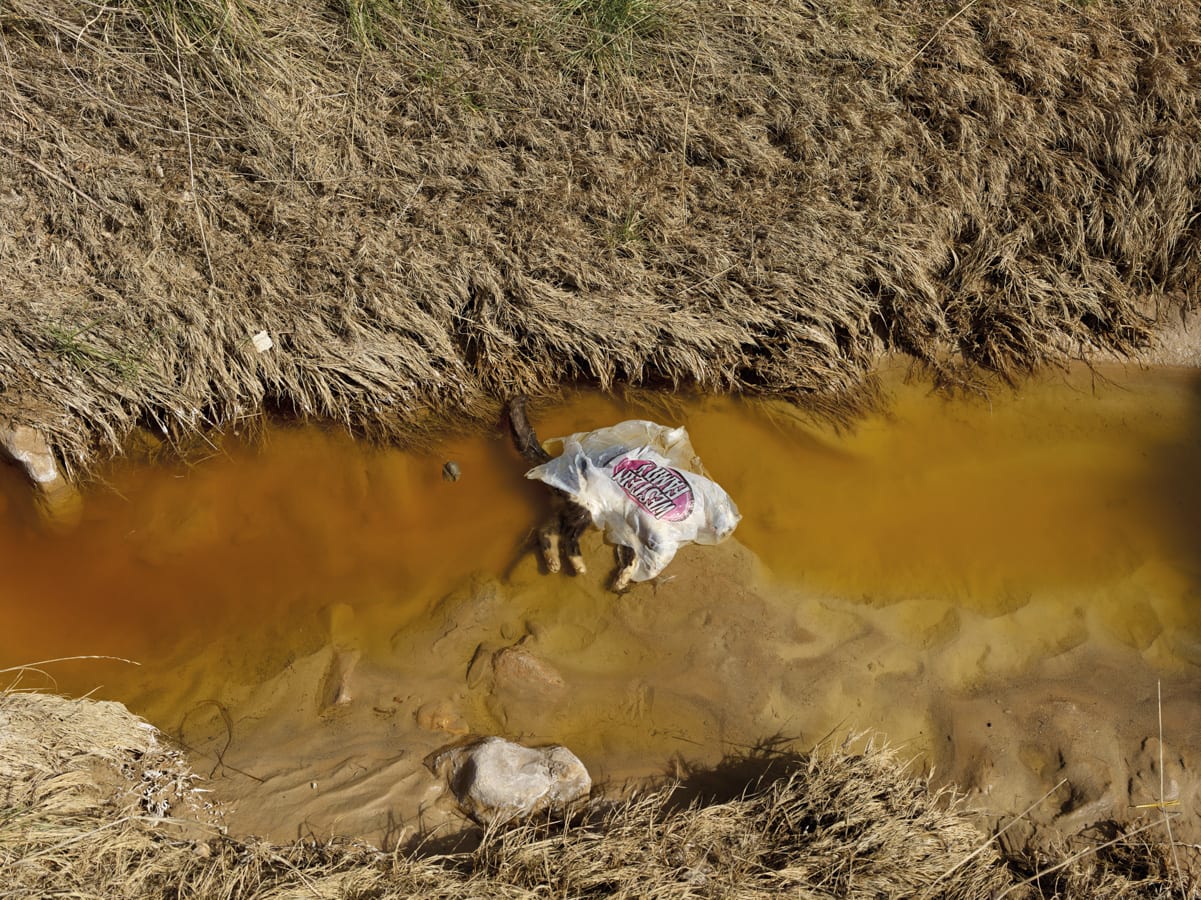 Power’s Good Morning America (Volume 1) (GOST) is autumnal in its delivery. I say this because the work itself, though produced over the past 7 years (the images in this volume starting in 2012) is illustrated with a seasonal palette. I compliment the color palette of the work and its orange cover, but also it seems that many of the images themselves seem to have been made in fall as the trees are sparse in their foliage and there are hints of a harvest on the whole. This of course becomes a perfect metaphor for the concepts that I have explored in the introduction about the potential of decline or perhaps an uneasy feeling for the future of America.

The images oscillate between the banal, pictures of what speak to capitalism or the leeching world of bank loans and “buy now, have it remanded later” consumer culture. There are images of a sandwich chain store (whose mascot has been jailed for kiddie fiddling, exonerating the chain’s façade for something more nebulous under the surface) which looks somewhat quotidian until it is placed in the context of the rest of the images in which signs for Bank of America loom overhead and a baby’s bedroom is in effect a Dodge Caravan minivan that it shares with its parents and the family tv (with no place to plug it in). Its not quite dystopian, but there really isn’t a lot of room for air despite many of the images being photographed over wide swathes of field, concrete river beds or confederate flag-hosting woods. The compression of the atmosphere manages to come through and perhaps it could be better described as anxiety, a leering venture into an implausible potential for the organism of America to continue with so many missing parts and financially enslaved or burdened citizens. 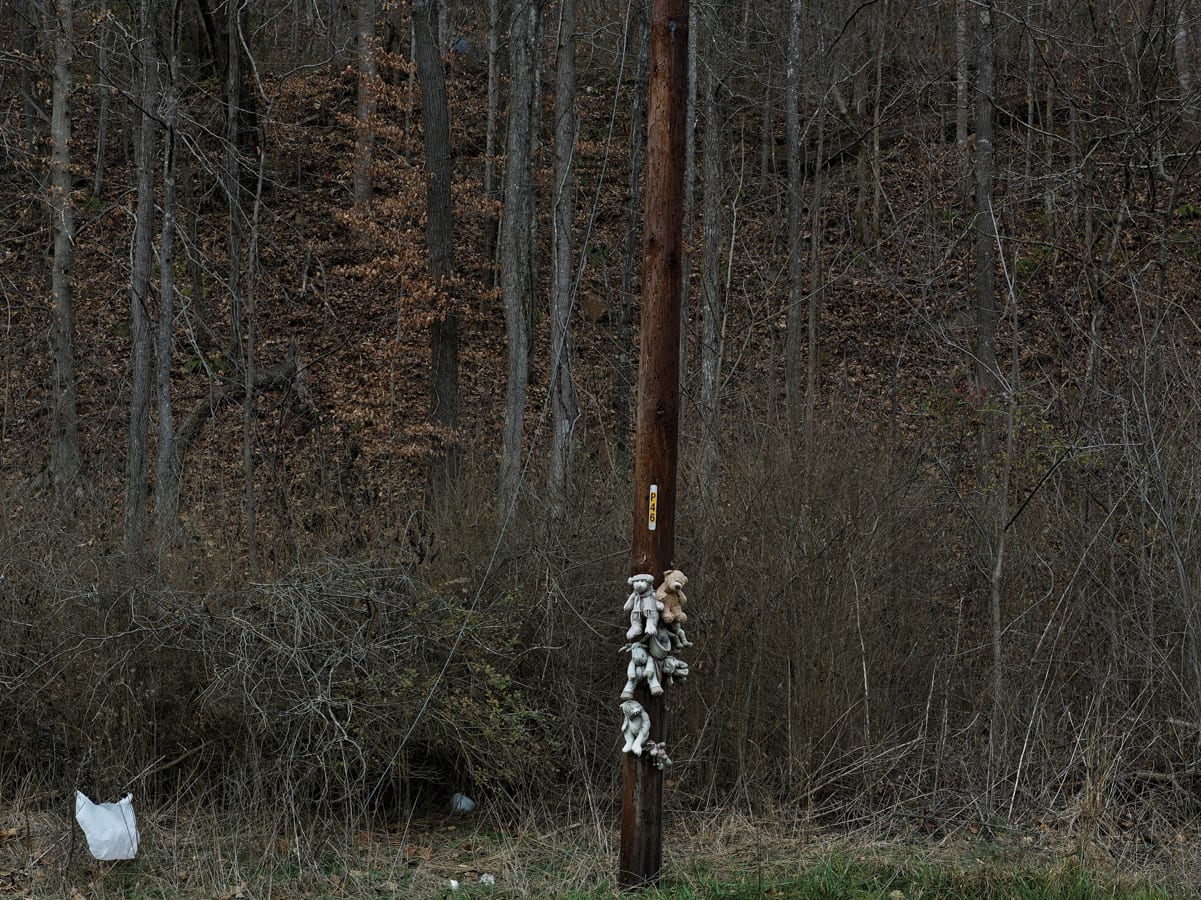 Nature, both the simulated West and its fight against overpasses and plastic bags are a necessary feature in Power’s first volume as the images react to the political environment, but also propel discussion about the myth of the American image. We have seen this kind of work in the New Topographic movement in which the American dream and its image were questioned by the likes of Lewis Baltz, Bill Owens (not really NT) and Robert Adams. One cannot also feel that there is also a nod to John Divola in one of the images of what appears to be yellow army barracks in disrepair, a famous hunting ground of Mr. Divola with his can of black spray paint. It is followed just a few pages later with a haunting image of dirt covered shirts on a rack that appear to have been found in a closet after a nuclear bomb explosion-its threads glowing sun-pissed yellow economized with the embers of past dystopian envy. Los Alamos has truly arrived and its engineers have vanished through sheer obliteration, Atomized into invisibility.

Power’s status of outsider and his obvious intrepid fascination with the America of now becomes a case study in itself. After all, Power is British and of a certain age in which he must have been literally pelted with our Industrial American Entertainment complex in his formative years. His notion of what he has been told America is, was and will be must be in stark conflict to having witnessed its heaving mass dominating the past century, to what its reducible form must appear-like now from his car window. All in, Goodbye America Vol. 1 carries the weight of empire in its heavy doom-laden and anxious form. America and its auto-cannibalistic tendencies make for incredibly interesting terrain and Mark Power’s anthology on the matter could not be timelier. Highest Recommendation.