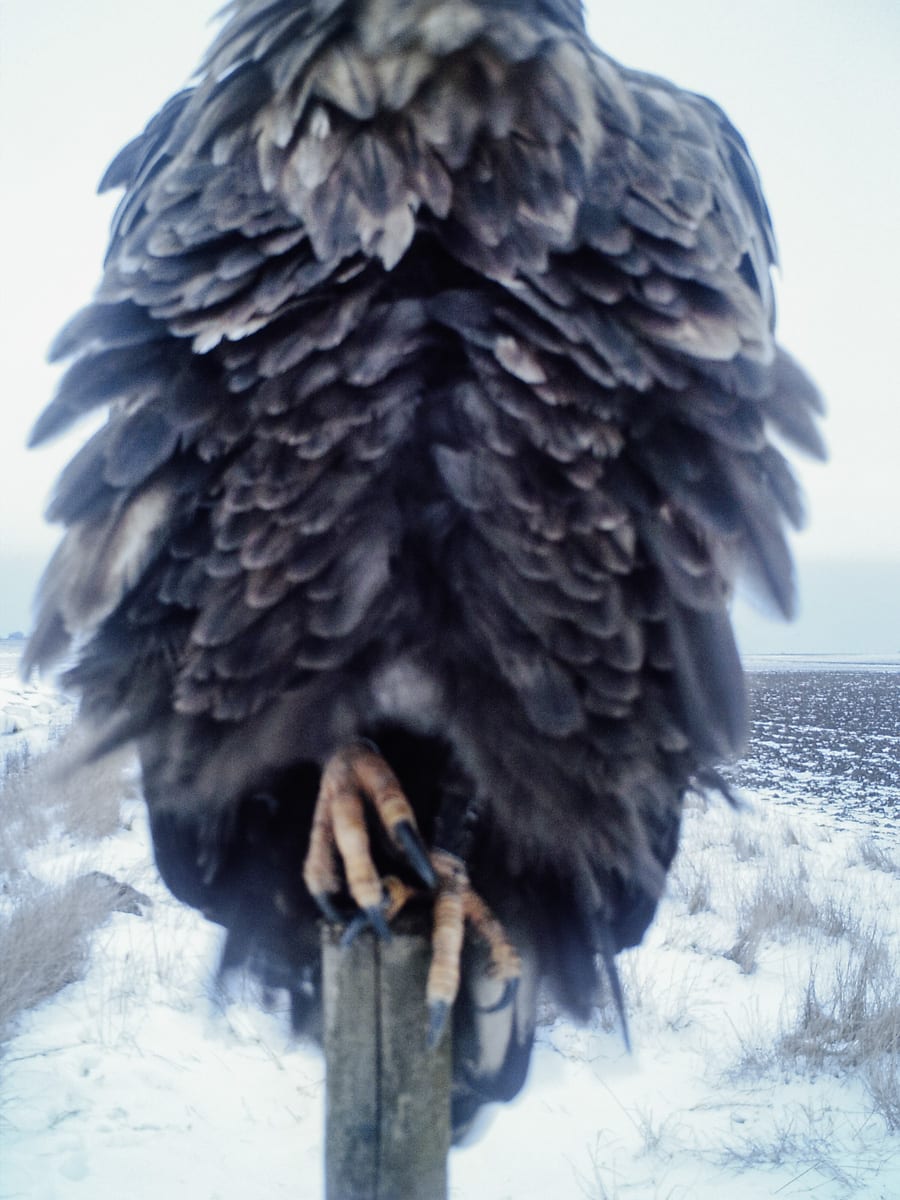 Stephen Gill’s The Pillar is a rumination of life and the natural world. It is an examination of what it means to observe (by a secondary stationary camera) life as it moves in and out of the frame.

It is rare in this world that one can keep a constant pressure, an eye or an observation from any one fixed point for longer than a measurement made at best in the tens of minutes. The world in front of us expands and contracts and if one considers human movement and the resulting images the camera makes at human behest, it is not altogether different from a centrifugal rollercoaster in which we spin on a twirling globe trying to catch a static image for our mind and memory before being plunged sideways down the next slope, before being rocketed up the next crest all the while spinning. This is the function of photography, to stop the ever-turning world, to try to claim dominion over what we cannot possibly control between the pillars of time and personal decay. The process after the image is made is to disseminate its parts and pull the peanuts of truth from the lump of shit that we believe is the representation of the world in which we exist. The camera was best invented for Schopenhauer. 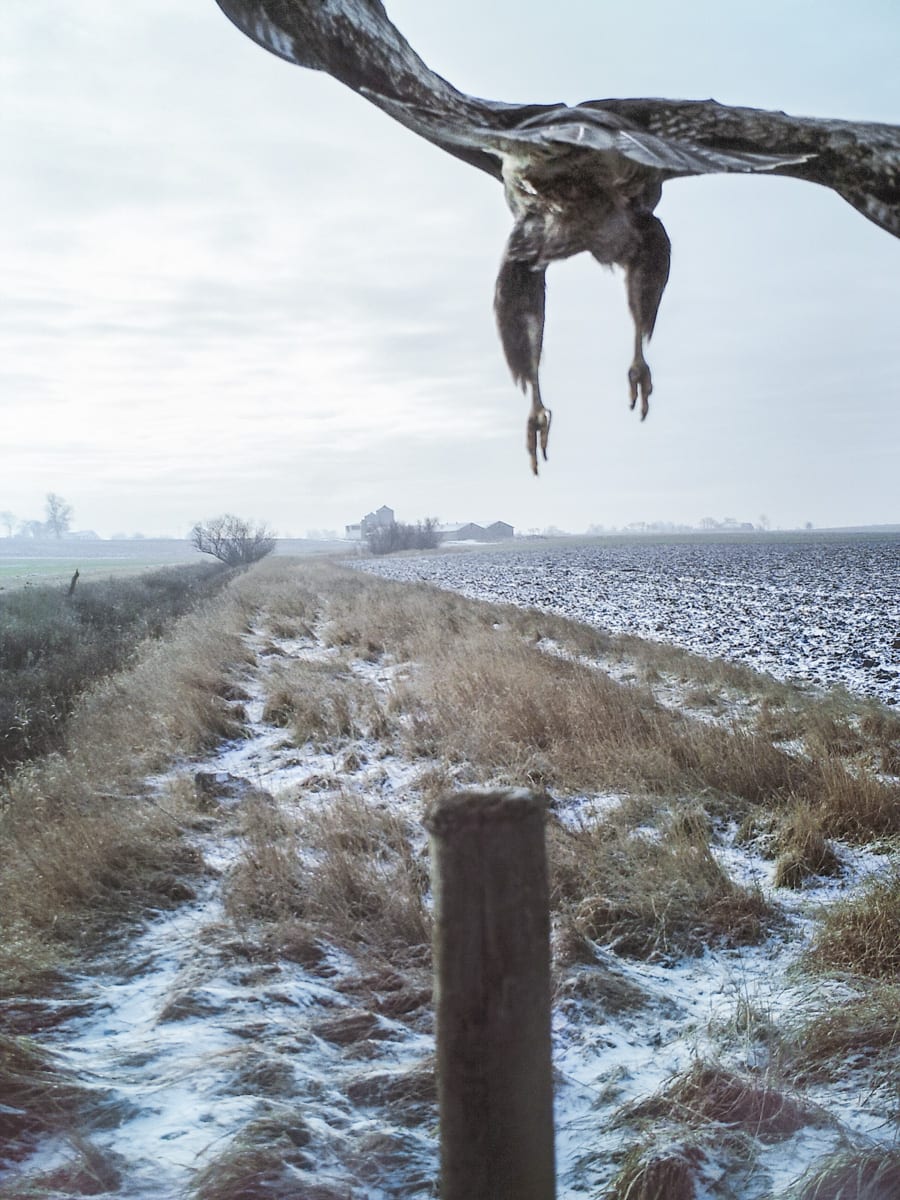 In considering a point of fixity, one thing that photographers in their self-righteous mode of production do en masse is to journey the earth like a conquistador, seeking images and events and unknown peoples to “document” and in doing so, they are bent on the discovery of the new. This pursuit to plant flagpoles atop every discernible earthen feature believed to be undiscovered is at its base excusable, but in its intolerable condition, it is unable to accurately assess time and being. In constructing unseen vistas, or unearthing unnoticed potential, what the novice journeyman or woman is in effect doing under the guise of reportage/documentation is to remain actively looking long enough to confuse themselves with the truth or their own organic matter. The inescapable means of our world is to persist and the condition of this persistence is reliant on points of observation that are schizophrenic or inherently chaotic to the human eye and mind. 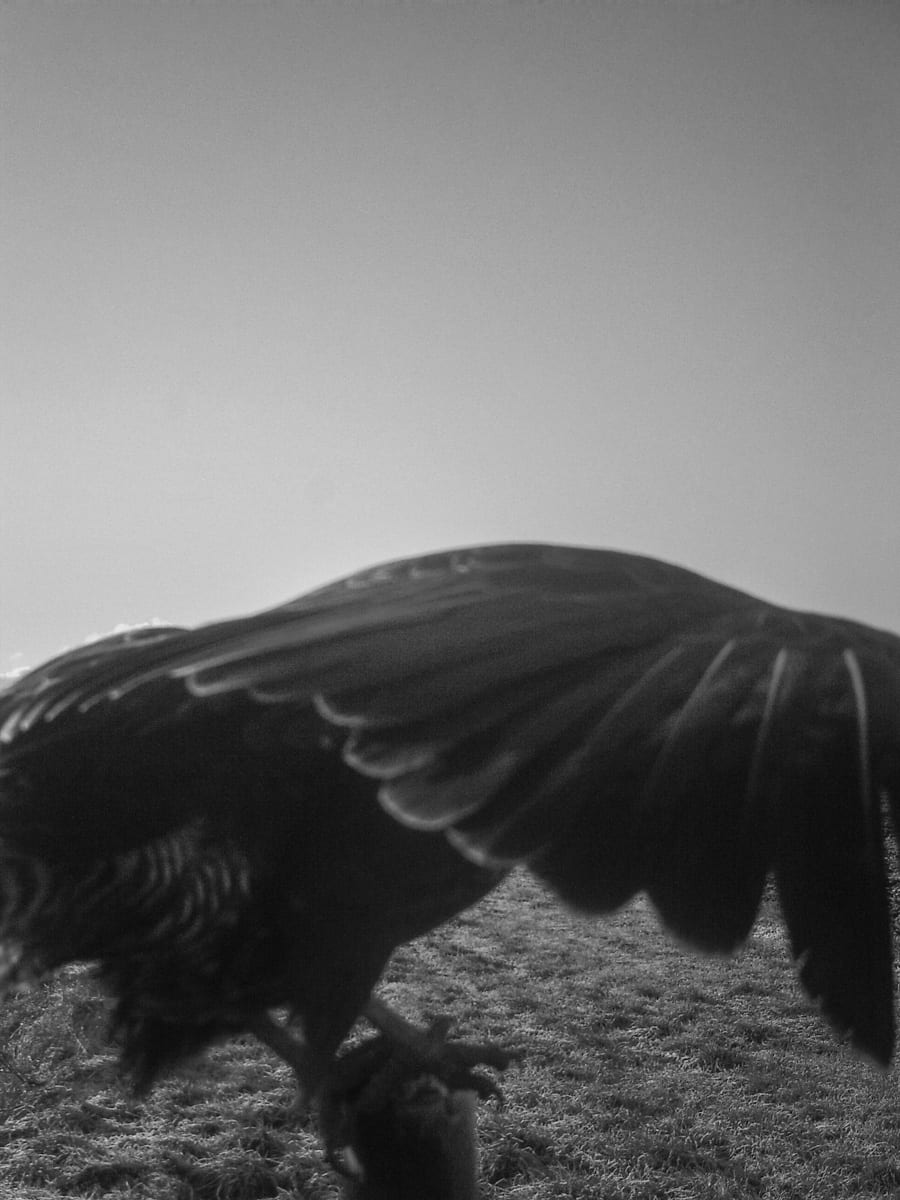 It proposes to exist in tandem with the world resting just under the thumb of nature’s true weight thus acknowledging our inability to control anything at all whilst being caught in the middle of the spinning world.

Stephen Gill’s The Pillar is a rumination of life and the natural world. It is an examination of what it means to observe (by a secondary stationary camera) life as it moves in and out of the frame. The backdrop of life, the farm, family, and the fugue state of this examination is bore from a deep and meditative place of conscious optical interest. It follows his highly successful Night Procession, but opts to give more license and authorship to the world in which the images are made over the fascination of its haunting orinthological characters. The images are dedicated to birds both playful and predatory. The pillar is certainly important and it becomes the caveat excuse from which we could speak of this as a bird book, doing so would be to ignore the condition at the book’s heart in as much as it would have been to ignore Stephen’s Pigeons book being about urban domesticity and dwelling as well as the pigeon itself. 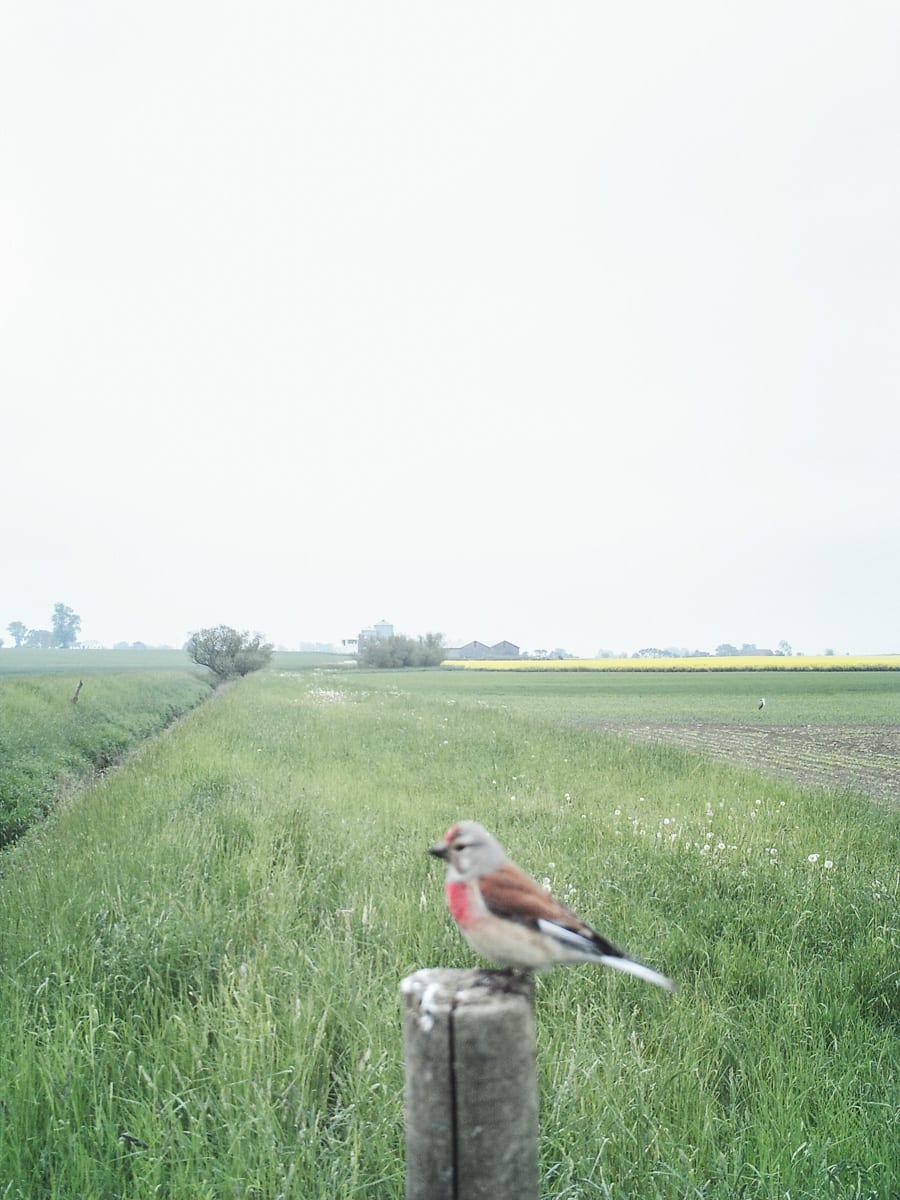 There is a function of control within the work- the stasis of the camera in effect by its immoveable position, brings dominion closer to the point of observation than if it were able to move. In a small way, there is an implicit surrender to the world in which images like this are made. It is to accept the world outside of the anthropocentric by its fixity and by its ability to observe the world before the lens and it enforces that the reality of our organic state by its reticence to function as a facilitator of chaotic movements. It proposes to exist in tandem with the world resting just under the thumb of nature’s true weight thus acknowledging our inability to control anything at all whilst being caught in the middle of the spinning world. The Pillar pegs our sight and condition to one point.

The birds are certainly important and they do become the caveat excuse from which we could speak of this as a bird book, but to do so, would be to ignore the condition at its heart. 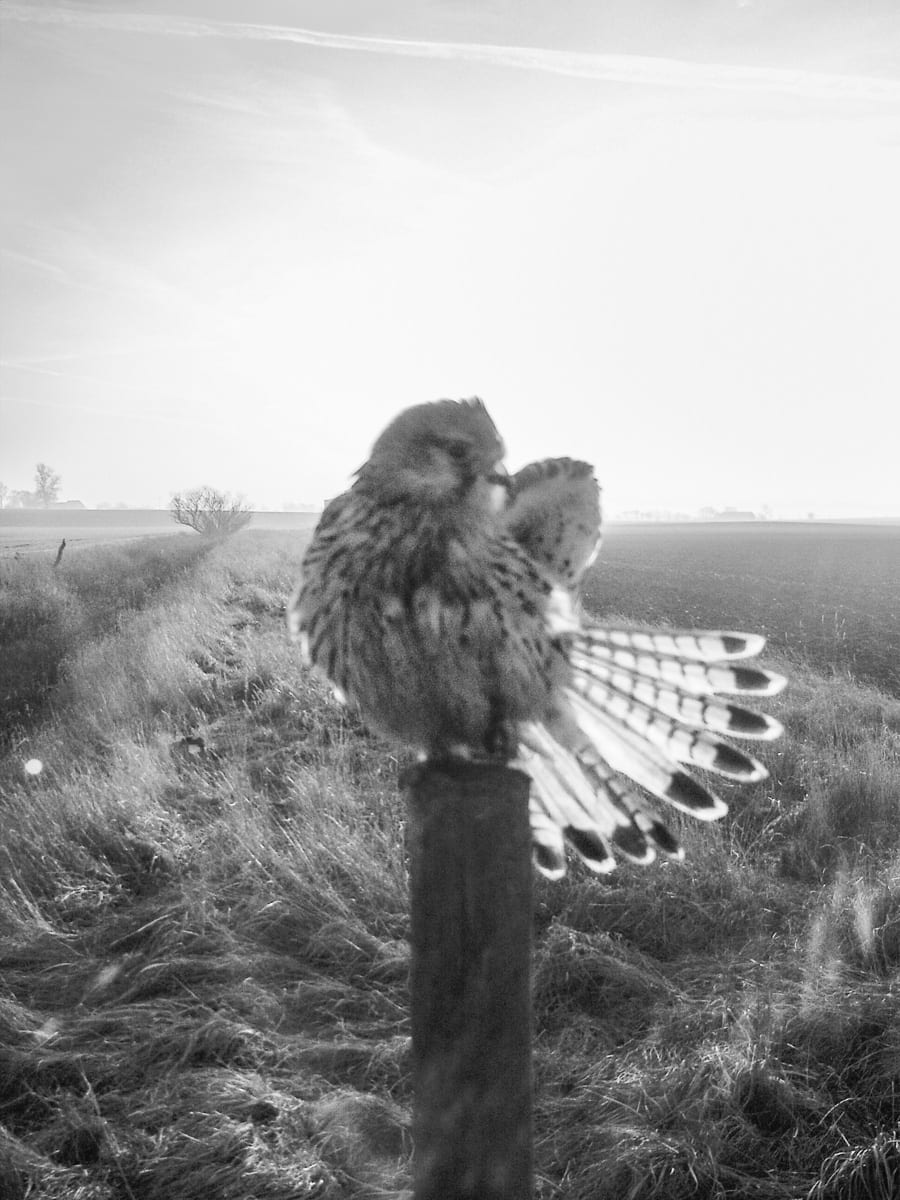 The pillar itself is a post in the field presumably by Stephen’s home in Sweden where the sprawling soil and harvest moons along with the ornithological enterprise gather in front of the camera to claim their space in front of Gill’s camera, which never moves from the point of its observation, fixed and pinioned to the earth. Seasons change, snows fall, and soil is overturned as the cycle of natural life parades itself in front of the camera all the while its inability to move, though non-human in fixity serves to contemplate the world as a window-a point in which the stasis or position is given over to longer rumination about the short and ephemeral proceedings of life on the planet as we know it. The operator and now the audience are forced to abandon the mad cavorting usually associated with life in the Twenty-First Century. I am reminded of Ruth Orkin’s A World through My Window or perhaps more recently Hayahisa Tomiyasu’s TTP– All three bodies of work function on the simple presupposition that authorship is to be confined to one position. Here we have a Copernican moment to examine stasis. 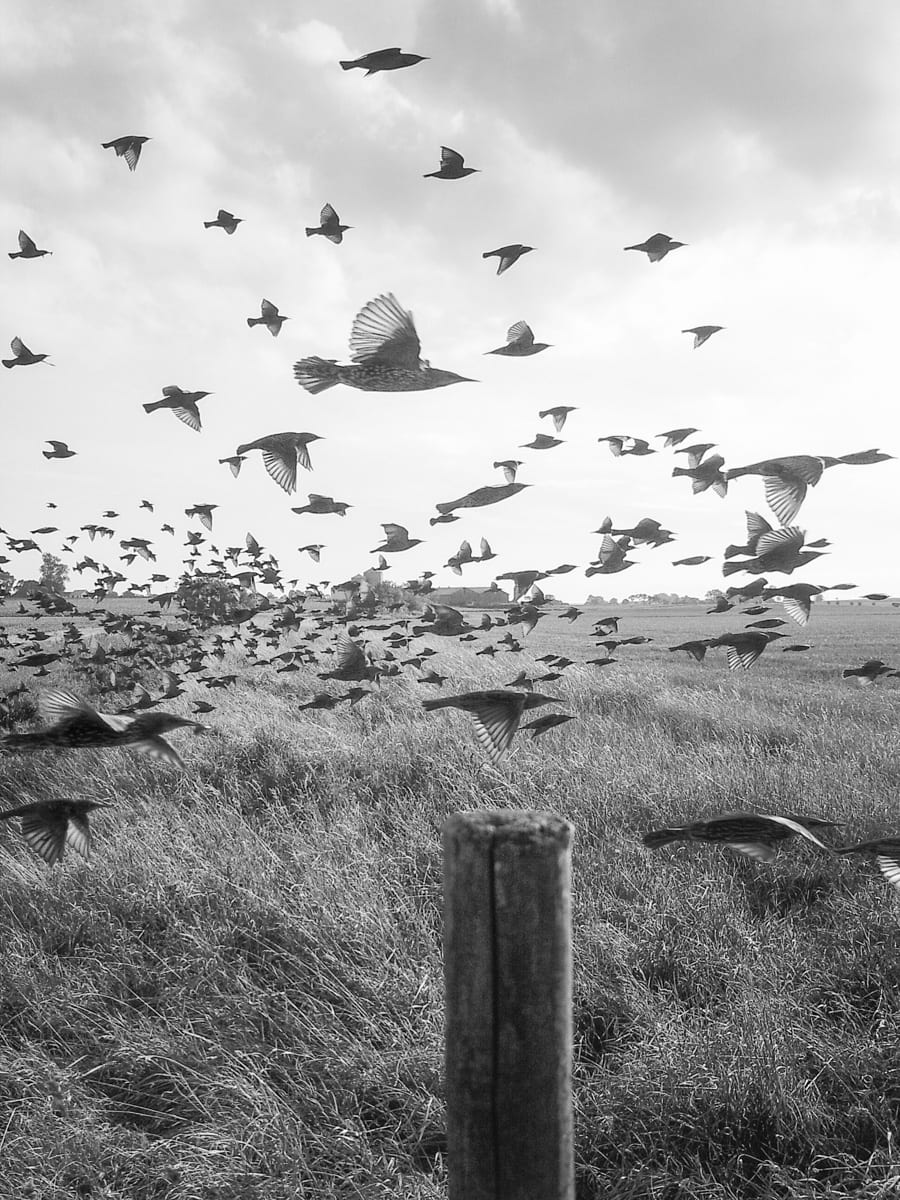 Gill is no stranger to the natural world. In fact, much of his work in its playful and fascinated mode of process-driven example has used either nature or its antithesis-ants and energy drinks, respectively. The Pillar is a graduated body of work. You can feel the difference between Night Procession and The Pillar though they are complimentary volumes. Night Procession offered some amount of chaos from the subjects within, different beasts and bird danced by dusk in front of his camera, the flash often adding an allure bordering on the chimerical horror. In The Pillar, the graduation is implicit in the fixity of the scene, but also the choice of subject lit mostly by daylight. The birds are reduced to birds and not Fusellian creatures of the dark. In doing this, like all great artists, Gill has given the viewer room to project, to contemplate and to meditate about the travails of life and to think through their own seasons. To cogitate over the sliver of sunlight hitting a grain silo may sound twee, but in fact it offers a brave respite from the lurching movements that can be associated with contemporary living. I find myself at peace in Gill’s world and for that very reason, I am indebted to his artistry, creativity and passive authorship. This is certainly at the top of my list for books that I have seen this year. It is also refreshing to read Karl Ove-Knausgard speaking on Kierkegaard and Gill’s images. 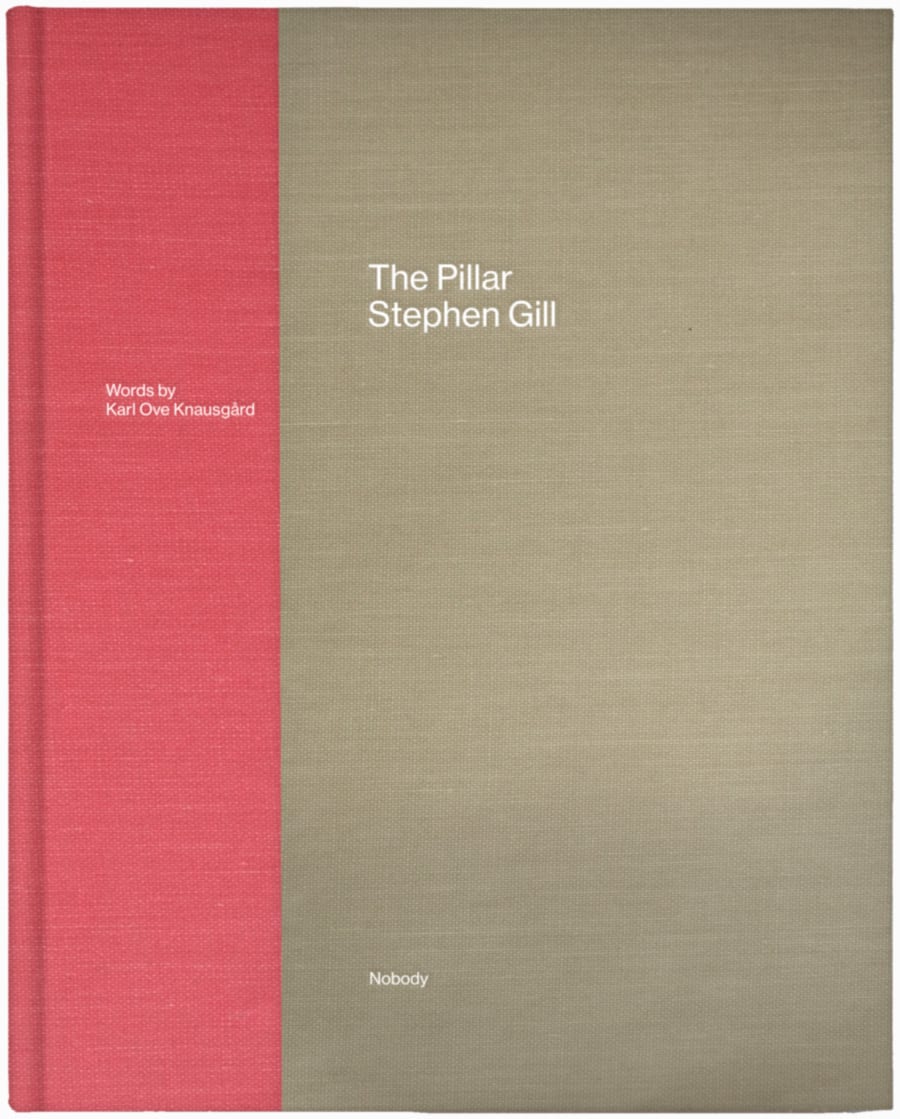