“Europe is…people. Its challenge is the bane of enlightenment that various historiographies lament upon its misshapen mass with its fluid borders, its guilt and its appropriated columns of toppled regimes”

When Life Comes to Death (Euro Re-Mix) And Back Again

European policy from the seat of Brussels does much to define the systematic presentation of awards based on the collective merits of the union that it wishes to promulgate. This award ceremony of tepid means is often regarded for its trade surplus glossolalia and its techno-economic largesse spent lavishly on institutionally banking bailouts and neo-liberal warfare-the minor slave countries involved forming something like a collapsible (as we are seeing) behemoth of a machine that presupposes the identity of the individual nation outside of its economic potential as simply functional as an organ to the might of the empirical whole and little else. When you cast aside the humanitarian aspersions of policy for the people and by the people, picking clean the sinew trapped in the malevolent and spinning gears of the apparatus, you begin to see that the machine works fine without the gristle and the gristle does little to slow the advance of its necrotic stride. What is necessary to obfuscate present Europe of its condition is the veneer, the façade of humanity that keeps the skin from sliding from its carcass to the sawdust-strewn floor. These are the limitless visions of Gehenna disparagingly orchestrated while Joanna gargles burgundy bubbles from the side of her gasping pie hole. 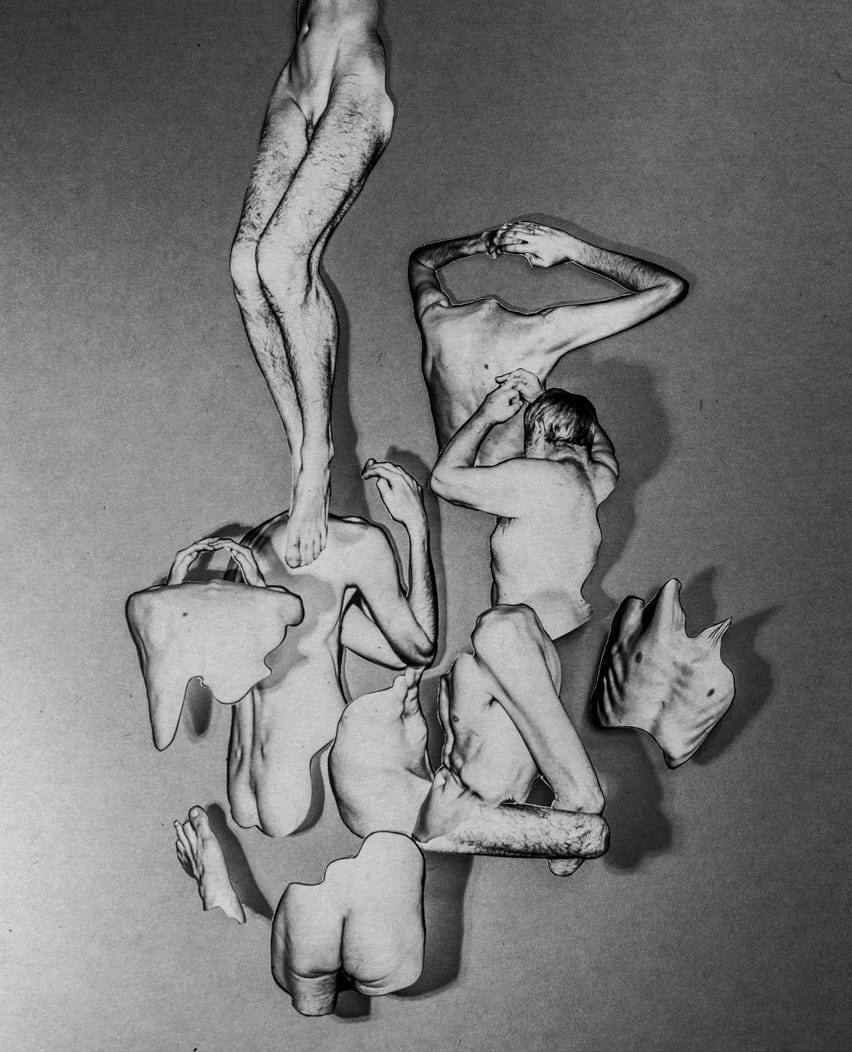 Europe is…people. Its challenge is the bane of enlightenment that various historiographies lament upon its misshapen mass with its fluid borders, its guilt and its appropriated columns of toppled regimes. The fluted capitals of Babylon’s might resurface every few decades under the axiom of treaties and dispositions to collapse and reform piecemeal. Its hinterlands are scoured of what came before, tongues gnarled and twisted screaming “Heal Me”-Guilt, insolence to define and the stigma of nationhood (not alism) suffering the common man as an untimely ode to the hochzeit of the renaissance and all the paucity of ungovernable ideas that it spawned in the wake of the 19th, 20th and presently 21st Centuries. Europe has created a hotbed of nails in terms of ideology and its lithe supine form clamors for its inhospitable bedding, tired and deaf. It cannot be restful without its pessimism or its failed and cutting cures, which create a miasmatic apparition of its entitled and conversely guilt-ridden self. Europe is splinters. Europe is necrotic. Europe isn’t people. Europe is…images. 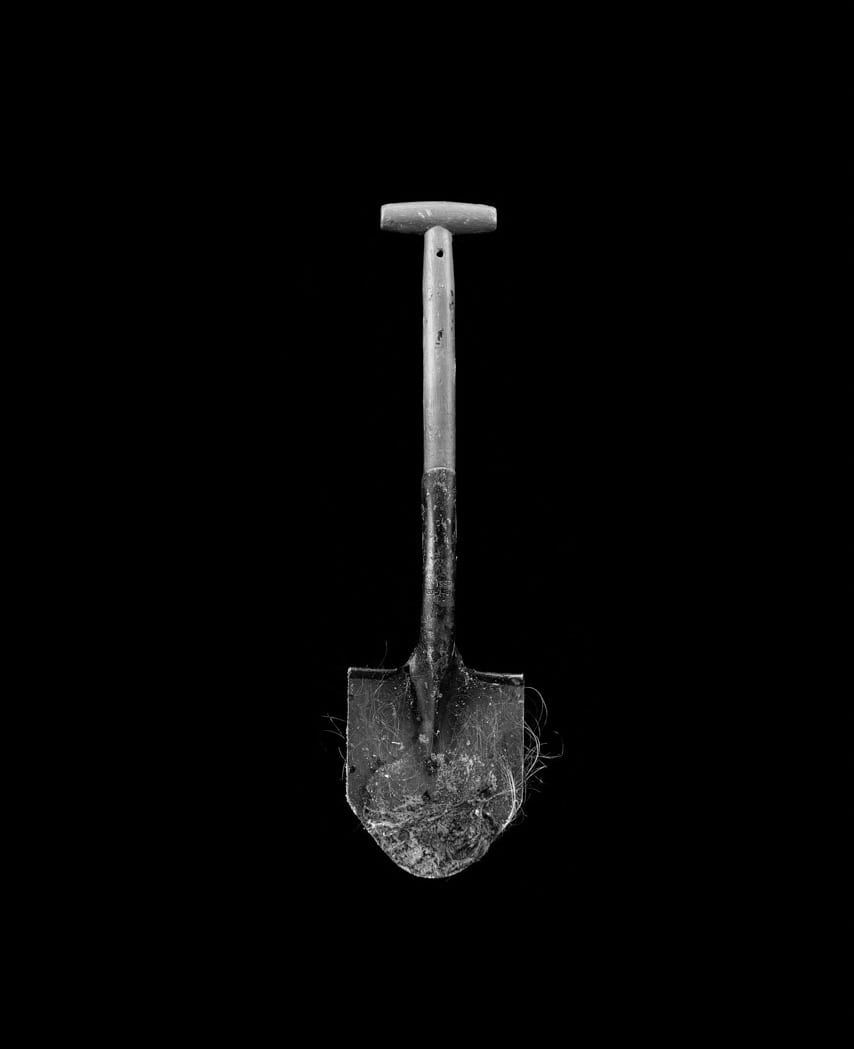 How Europeans craft an image of their decline as an entity of ends is beyond simple framing. It exists in the psyche, in the unsolicited desire to cache the “phoenix syndrome” of its impoverished state into a catalogue of possible and triumphant if short reincarnations. Beaten, chained, whipped and scourged, the fluidity of Europe through centuries of shifting empires, gallivanting atrocities and unbridled warfare has created a European that needs to be hammered like the ploughshare of existence into a gleaming sword and then endeavors to be beaten back into a ploughshare ad infinitum. Without defeat, manifest dissection would not be possible. The cycle continues and the image that Europe caters to itself is ultimately that of failure, decline and inevitable collective death and rebirth and death and rebirth and Frankenstein and zombie preternaturalia. Optimism in the case of Europe is a simple pretext for the slaughter of its many guilty self-appointed prophets blinded by the oblivion of choice. And these prophets whose images must be celebrated in order to continue with this baseless cycle of self-flagellation, lament and the desire to rise like the aforementioned phoenix only to be crushed by the opposable thumbs of destiny. In Europe we find a primate fever like none other. 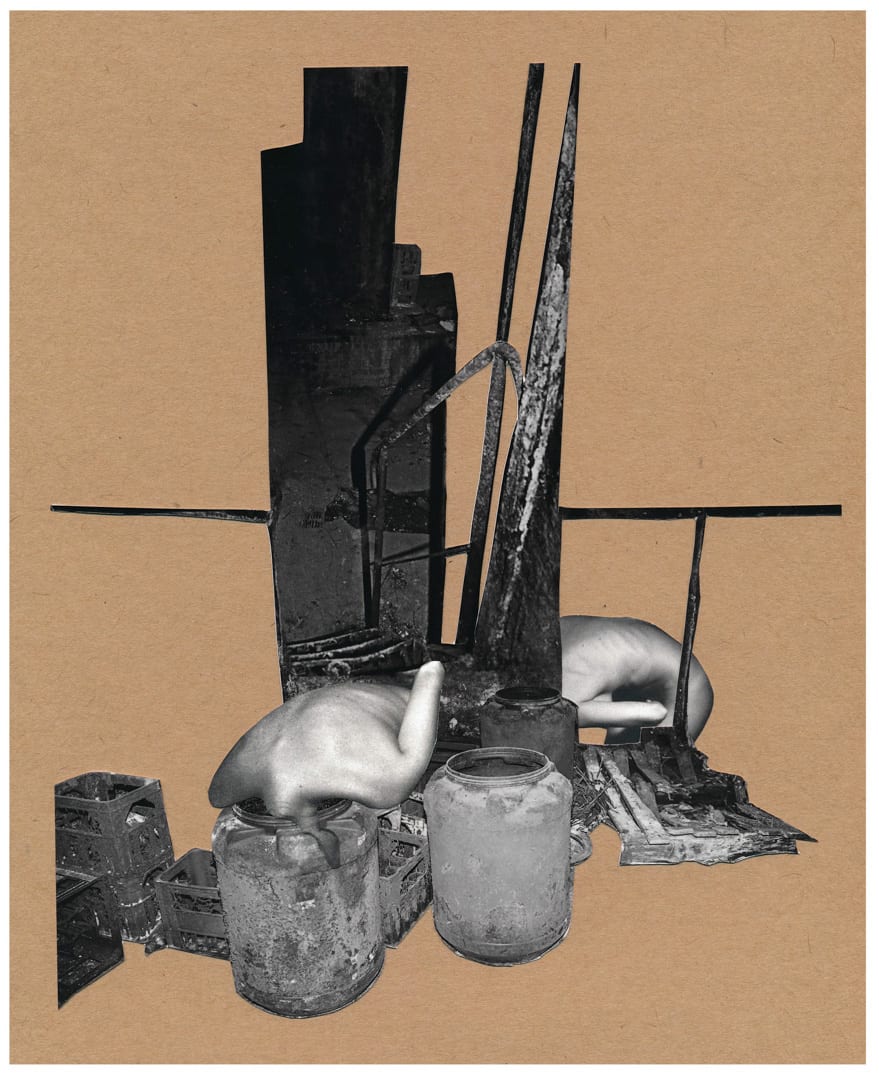 “The image of Europe is by its continual bouts of suicide and reincarnation manufactured by negation and zombie calisthenics. The European Book of the Dead is a choice cut of primacy- within, a number of helpful spells, recipes for unctions and manifestations to help in the aid of self-abnegating lotions such as hemlock and cyanide-uppers and downers, Viagra and Nero’s Famous enema poison” 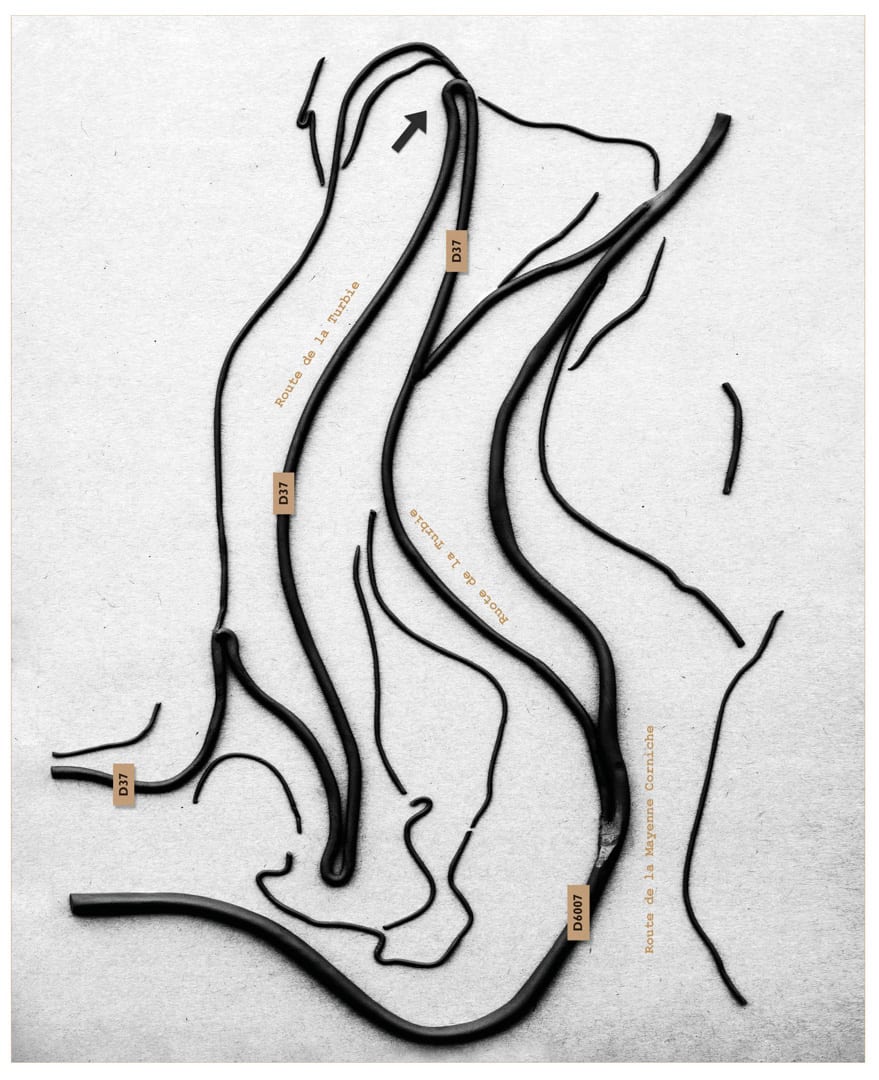 The image of Europe is by its continual bouts of suicide and reincarnation manufactured by negation and zombie calisthenics. The European Book of the Dead is a choice cut of primacy- within, a number of helpful spells, recipes for unctions and manifestations to help in the aid of self-abnegating lotions such as hemlock and cyanide-uppers and downers, Viagra and Nero’s Famous enema poison. How many images of Europe in its multiple expirations can we muster on approaching its hot deathbed as we massage with sweet water the rigor within its limbs? 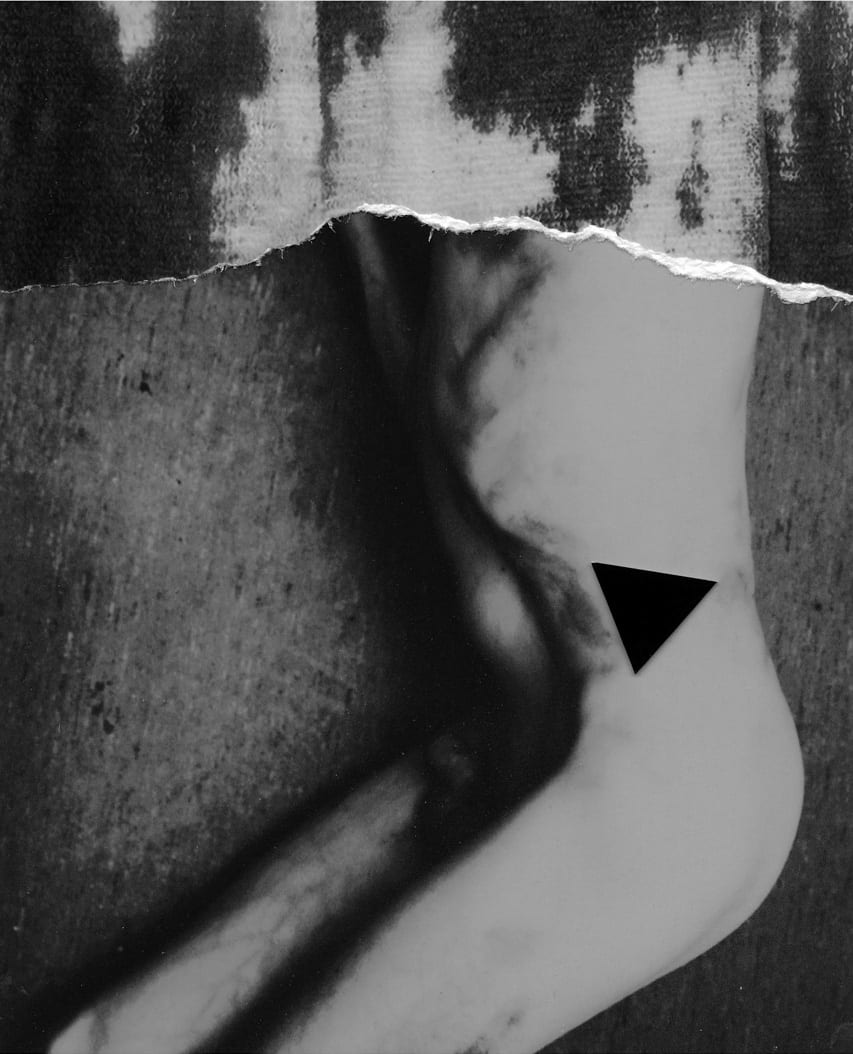 The sweeping moors of England’s green and pleasant land?

The grey streets of Budapest in 1956- its cobblestones so many ravines in which the staunching of viscous red flow occurs not in pathological terms, but rather ideological and then, the impediment easily navigated, streets awash in crimson sooner or later.

The beach of Ostia, crumpled paper form of a poet, a man of great deed left fractured and tire trodden by cruciform variables.

The many fractured sounds of vocal cords severed upon scaffolds in deepest France?

Have we forgotten the defeats in more than one Austrian basement cell-plex?

There is a famous judge still in Spain who can hardly finish a churro without considering if the grain used to make it had once grown over another mass grave and Lorca did weep.

And what of the Dutch? Mind you, I have yet to commit to total war in my small list of European spells. Auto-cannibal, shepherd, pops did eat himself raw in these matters of volatile epicurean debate. We must never mention the war for fear its borders will no longer be isolated by episode for that of continual manufacture. The European book of dead is a purposeful means to the end of (un)useful ends. It is an intoxicatingly potent and effervescent satchel of charms and dust and if construed properly by will and testament will reify and immortalize the fits and seizures of our historical age of decay again and again. 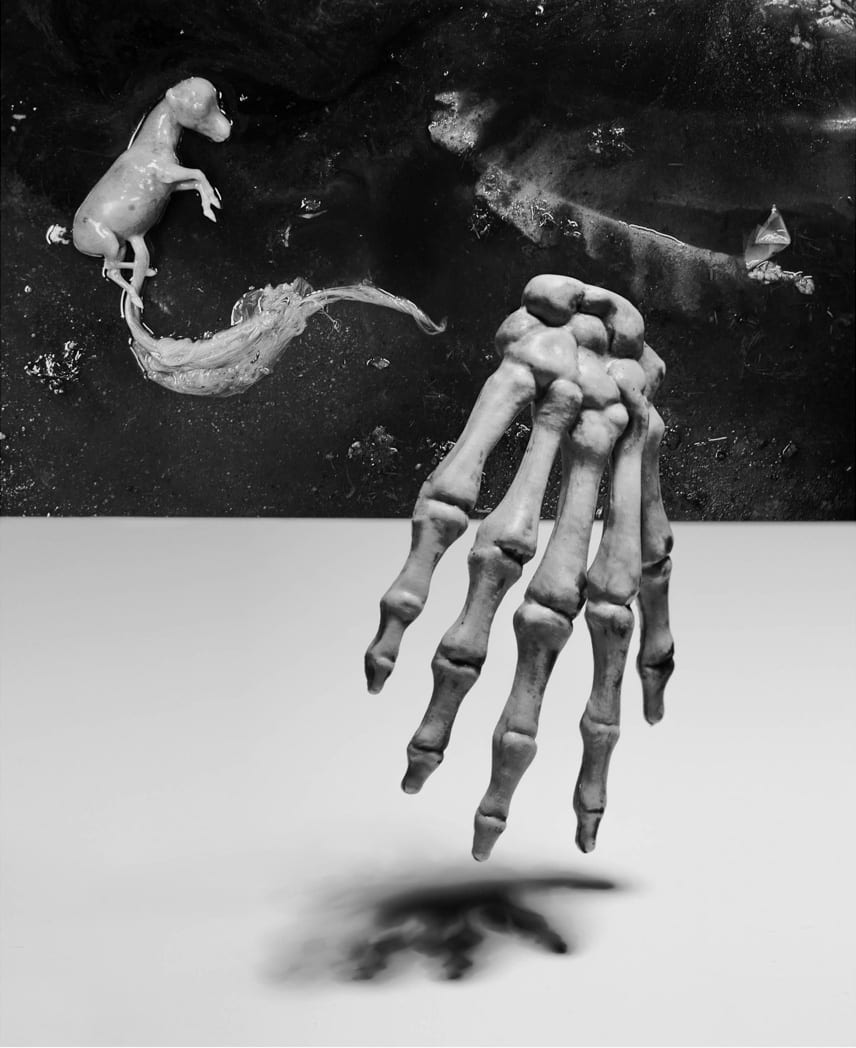 So what we are left with, the verse and script of The European Book of the Dead is a series of propositions by Steve Finbow and Karolina Urbaniak. Finbow, whose heavy and remarkable pen traverses the fault lines of each European country searching for the incipit sutures that bind each drifting border suggests a Europe in which secret histories of bloodshed and bruised fruit are not endemic to complacent overtures of individualized merit-they repeat, they serve the purpose of a universal and cyclical violence. Each story, woven like a splintered glass carpet from his dark recounting of historical parable leaves the reader intoxicated, but alarmingly so. It is not safe here. This will happen again and again and again and his proposition then is to force the will of collective reason and to question who will step forward to receive the blade of history’s might and who will cower until the next tragedy occurs. 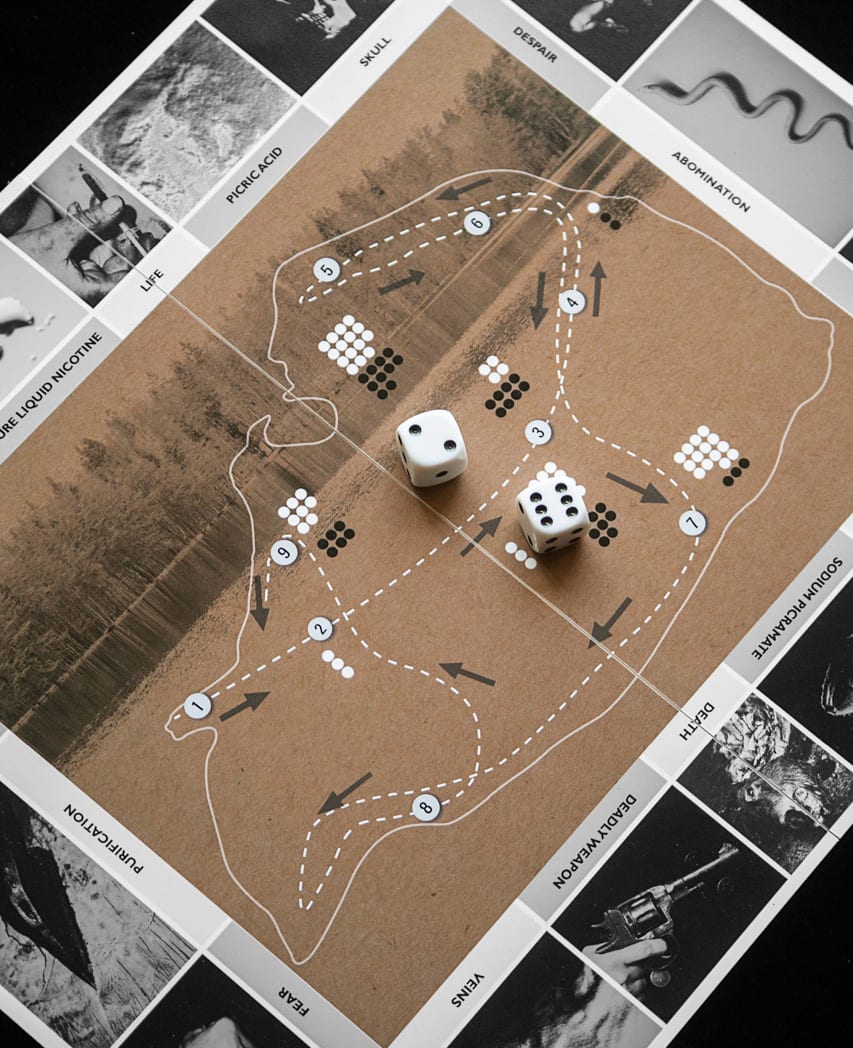 Karolina Urbaniak takes the thread of the dissolving tapestry and re-awakens images of atrocity from their slumber. Using photography in an unsettling and original manner; Urbaniak weaves the visual narrative of Finbow’s words into an existential dilemma that pits word against historical knowledge against contemporary image in a jarring, uncomfortable and lamentable way. What she proposes is the question of sight, the question of an image’s mobility from the shards of the past, its event and the purposefulness of its contemporary meaning-in her hands, or rather in her eyes, so fastidious against the morass of history’s razor, Urbaniak seethes, despises and leases her photographs to the viewer as solemn totems of which one must posit the strength of their allure against the pitiable gnawing of the worm of conflict as it turns in their gut. She guides those loose sutures that Finbow threads with needle-like precision from the abattoir of a guilt-laden and corrupt union of tears and mustard gas asthmatics. The union of which, between word and totem (an image in the serviceable fault of reminding) is to re-waken all those nefarious reasons of which the unsettled might of Europe is better to slumber on in tombs of moldy rock where propositions are left scratched on walls and not the retinas of the future’s children. A warning and a reality so rarely succumb to the same moment of time in one empirical tome such as The European Book of the Dead.

Death Mort Tod- A European Book of the Dead