“The photograph, its two-dimensional plane and its insistence to be read almost always at a fraction of scale conflate the notion of environment and atmosphere”.

Site Specific iterations of narrative are incredibly difficult to define in photographic terms. The photograph, its two-dimensional plane and its insistence to be read almost always at a fraction of scale conflate the notion of environment and atmosphere. I posit here that the photographic image of a site can only be read so much as a passing glance and the real key to unlocking its potential lies in the ability of mythic status of representation to become visible when context is pursued further. Ed Panar’s book “In the Vicinity” on Deadbeat books achieves a huge level of success in unlocking his images by keeping their pretense to reality hidden both in the design of the book, but also in its title. The book could have been called “Alderpoint”. It could have been called “Murder Mountain” and it could have been called “Trimmergate”. Instead Panar, insists on calling into question the notion of site and its specific references by employing the word “vicinity”.The Emerald Triangle is a geographic swathe of land that spreads from Humboldt to Mendocino and Trinity County in Northern California. Known for its history of marijuana growing and associated off-grid activities in later times, the spot is also something of a lawless and unguarded Pandora’s box of history and ideals. 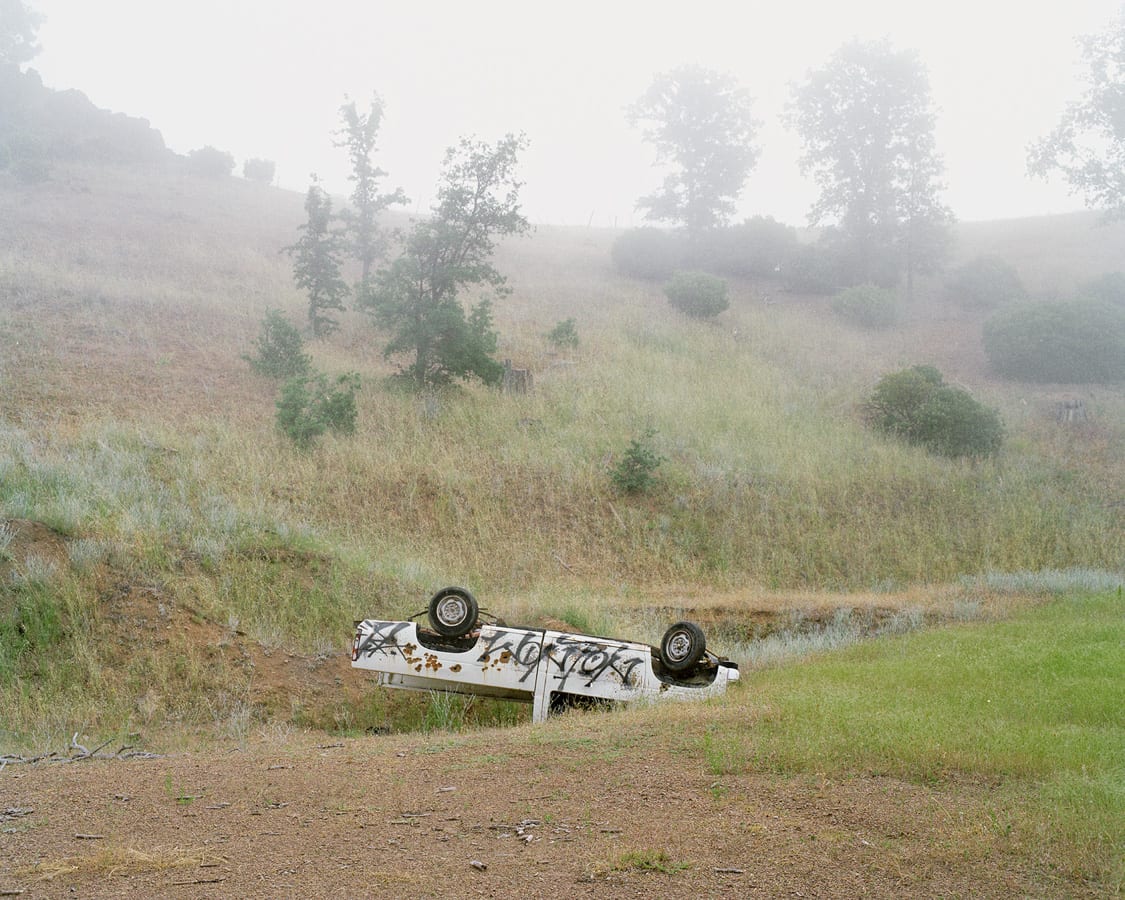 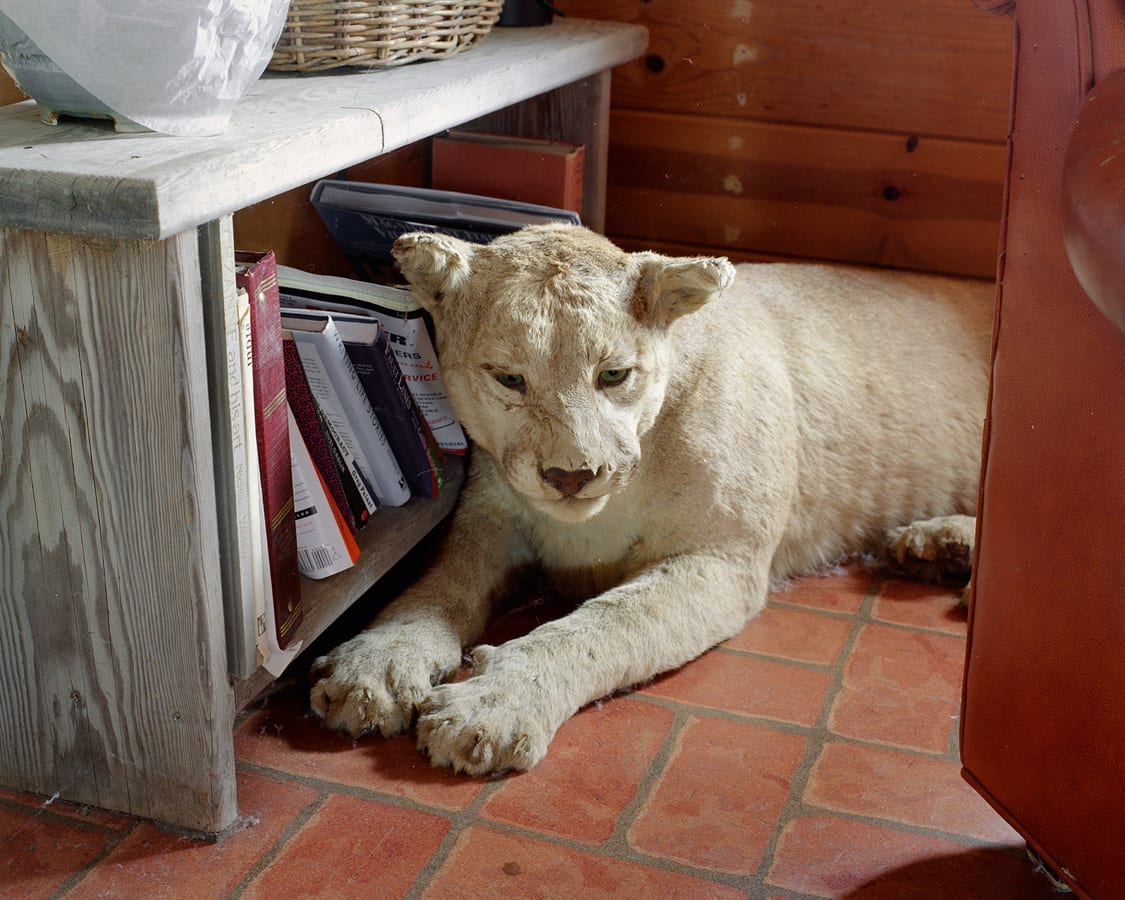 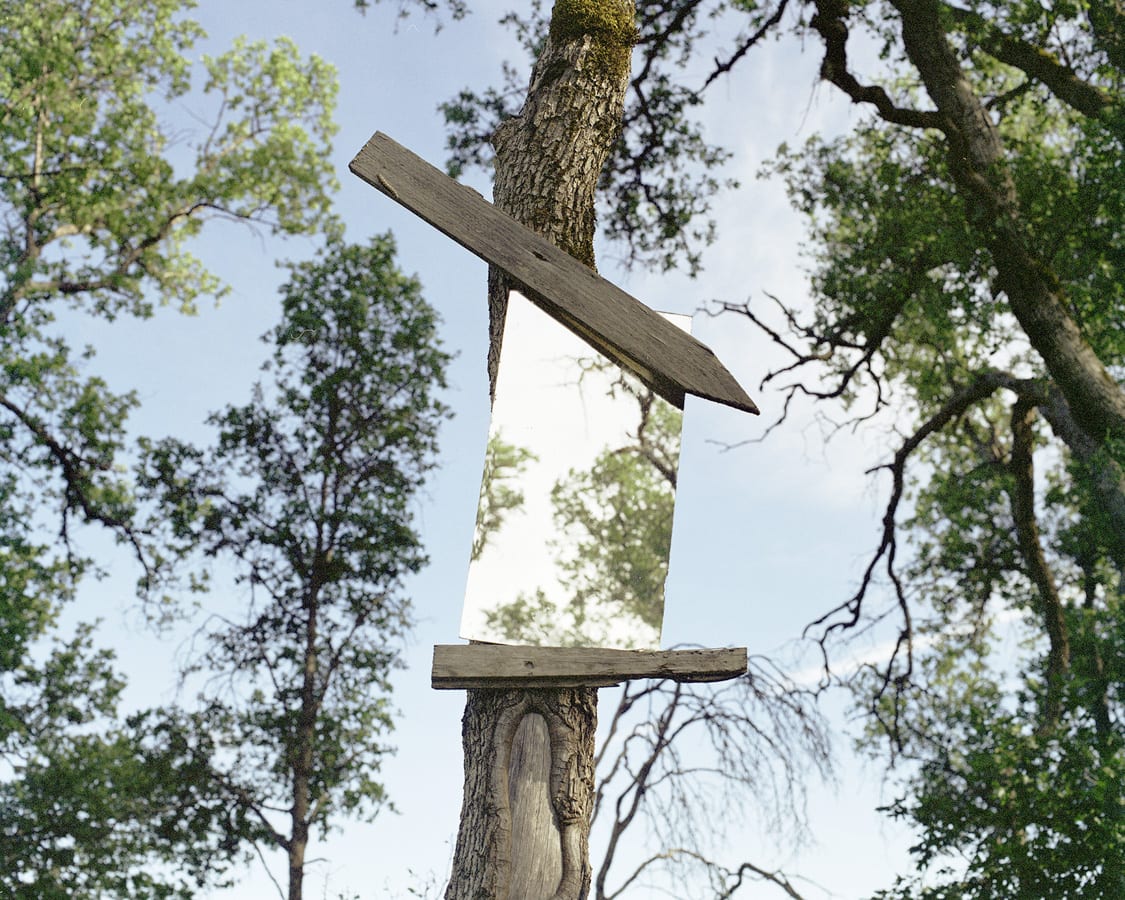 The cultivation of marijuana started sometime in the 1960’s. Dis-illusioned with the way contemporary life was heading and with the ever-present possible nuclear fallout with Russia, migrants from all over the US headed to Northern California to set up commune’s to which they were generally left un-accosted by the government. The rituals of nature, the great outdoors and living from the land became embedded in the community. Though illegal until recently and even now under heavily taxed and permit-oriented grow businesses, the citizens of the Emerald Triangle remain off-grid, but the peace and nature-loving reality comes with a cost associated with the drug trade. Remember, what is legal in California may not be in the next state a few hundred miles from the triangle, meaning distribution networks and illegal grow spots still exist and operate under the pretense of a near militarized response and open hostility to federal or state interventions by police. Each year hundreds of “trimmers” make their way to the Emerald Triangle to work the harvest and trim the product that will be sold. Some leave after the season and many stay on enjoying the relative ease with which they can disappear, nearly completely and sometimes… 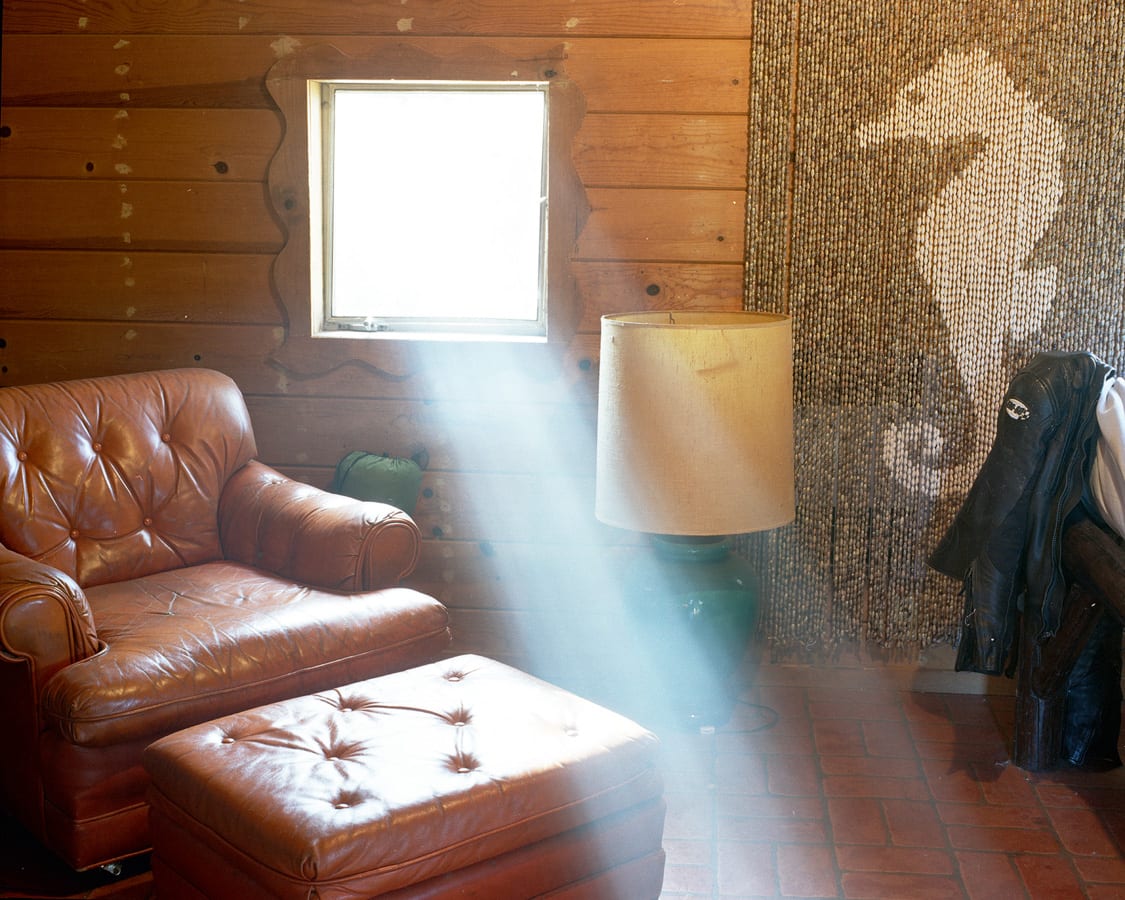 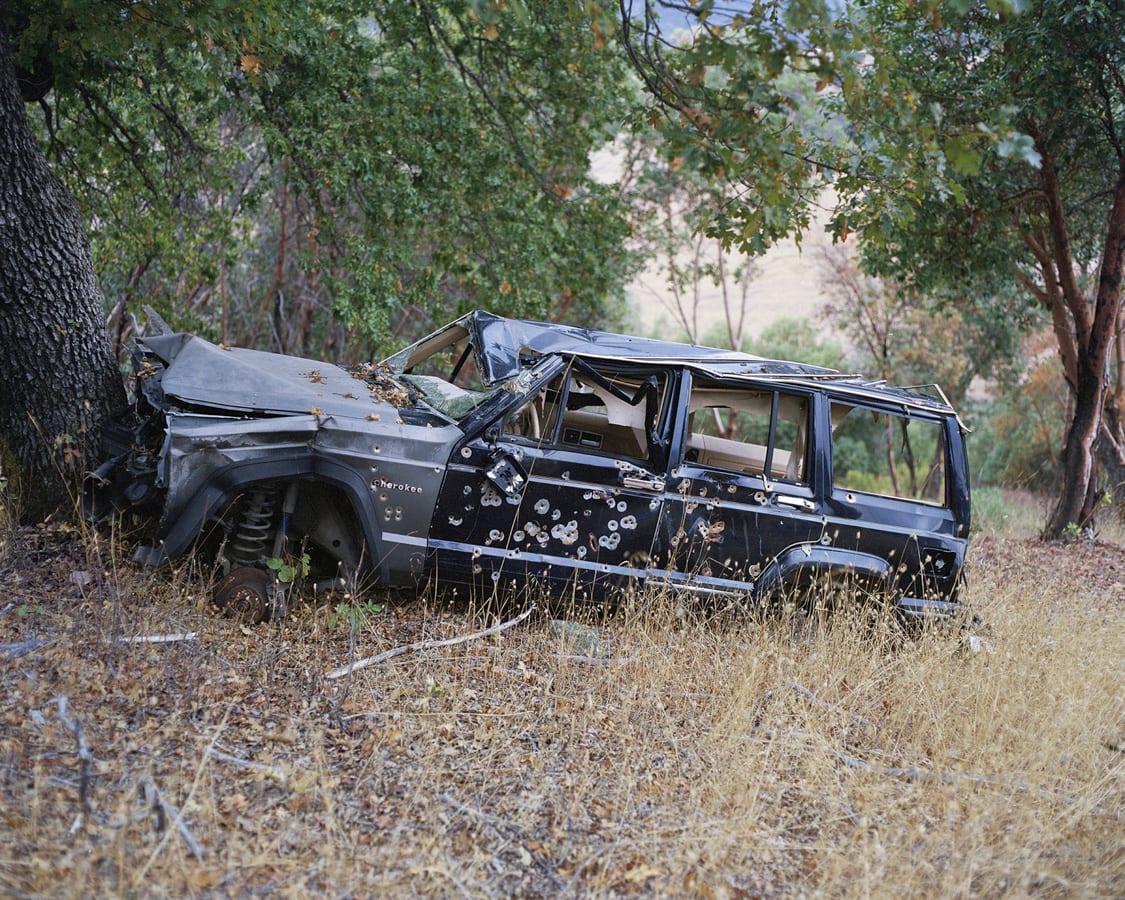 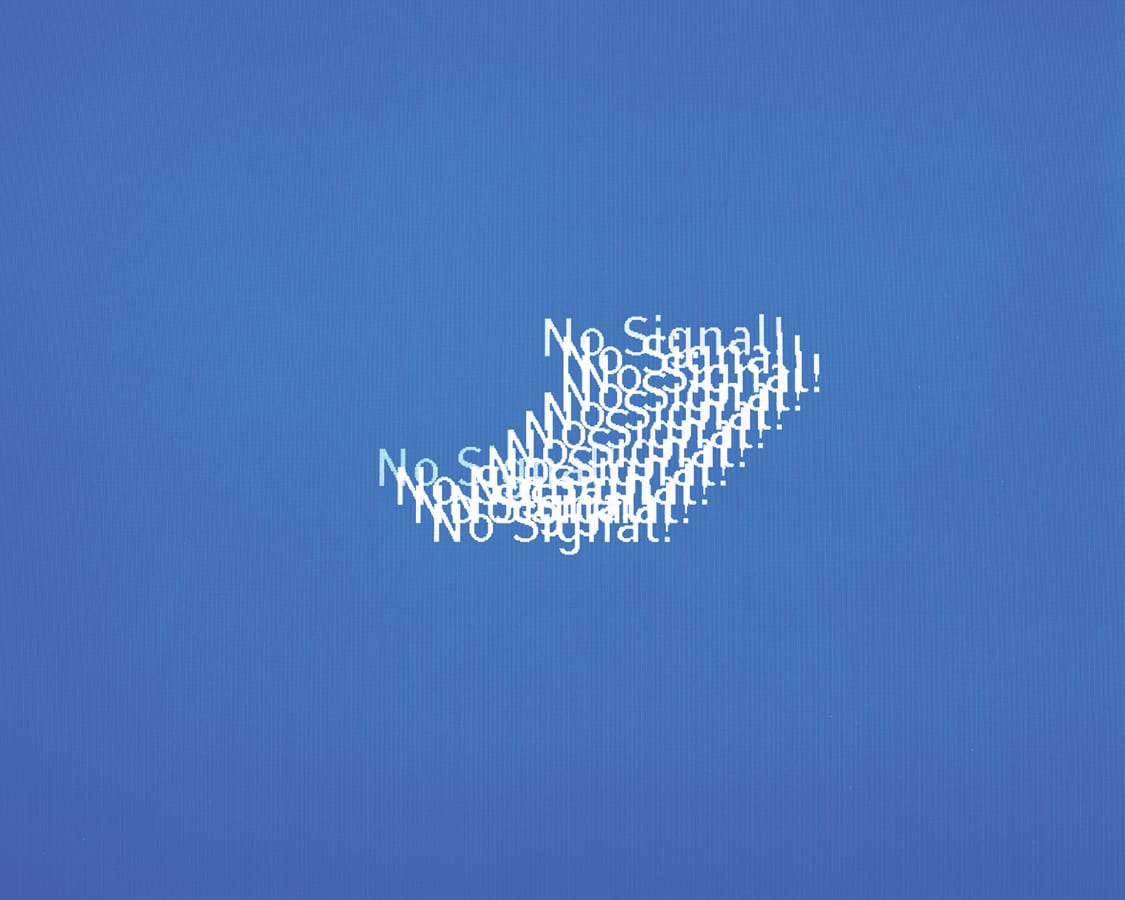 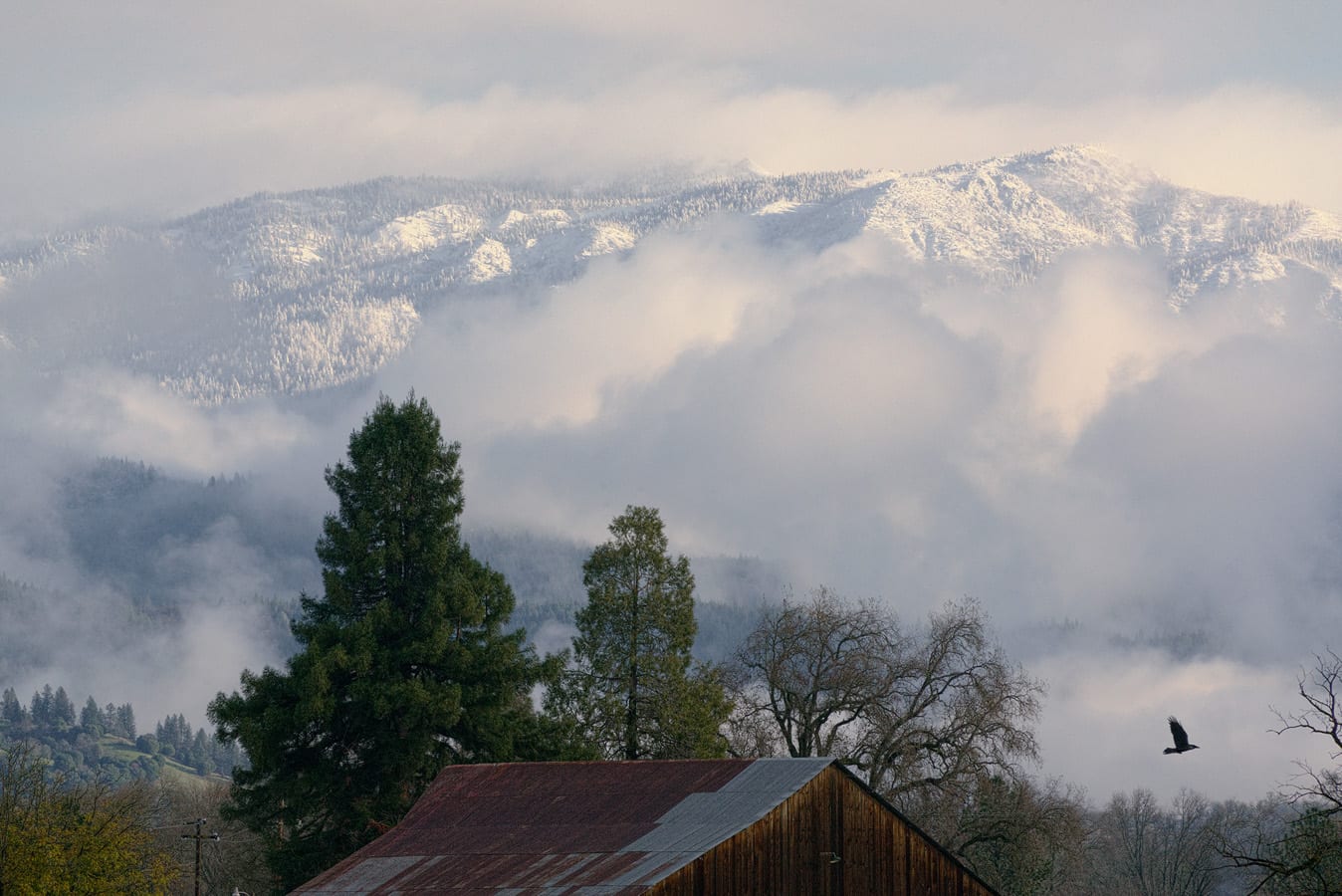 Northern California and its red woods, its heavily 1-percenter indoctrined communities have produced myths about nefarious ends best exemplified in the Netflix series “Murder Mountain” which investigated to some minor degree the large amount of disappearances that occur near Alderpoint. The frontier that Panar examines in his book, or rather in the vicinity of Alderpoint questions some of this activity, but in a completely non-menacing way. One is almost left to believe that his color palette, the use of natural environment and the clever-design of the weed pamphlet at the back of the book are simply about smoking herb and living in a peaceful redwood-gated community. However, the sub-text of his site reveals that while the images may court a pleasant beautifully executed series of images, we are left with the questions about the vigilant owl, the gun shot-riddled automobiles and what hides under the rainbow and in the fog. Things.are.not.as.they.seem. I have mentioned what I refer to as the “New Rurality” of images being produced by a very certain demographic of white men recently, who in their work at least are forgoing the captivity of the urban environment and are digesting what “flyover” or sequestered sites look like again. Tim Carpenter, Nathan Pearce, Matthew Genitempo, Bryan Schutmaat and Wouter Van Der Voorde are a few people examining the notion of a deindustrialized site for mediation. Panar’s book falls roughly into this category, but slightly outside in so much as the site he is examining has remained within the frontier aims, though its examination is rife for consummation of the rural clause. 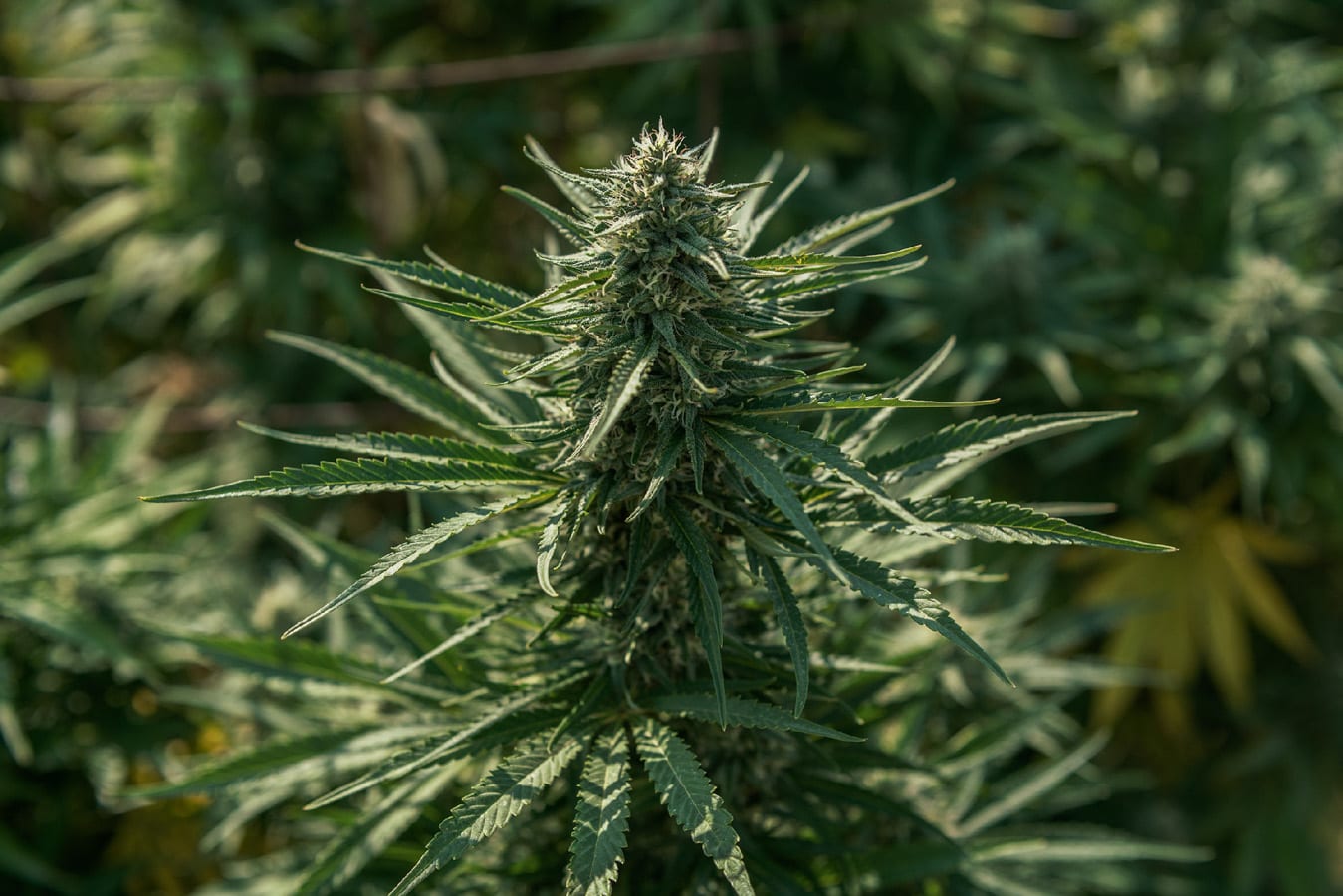 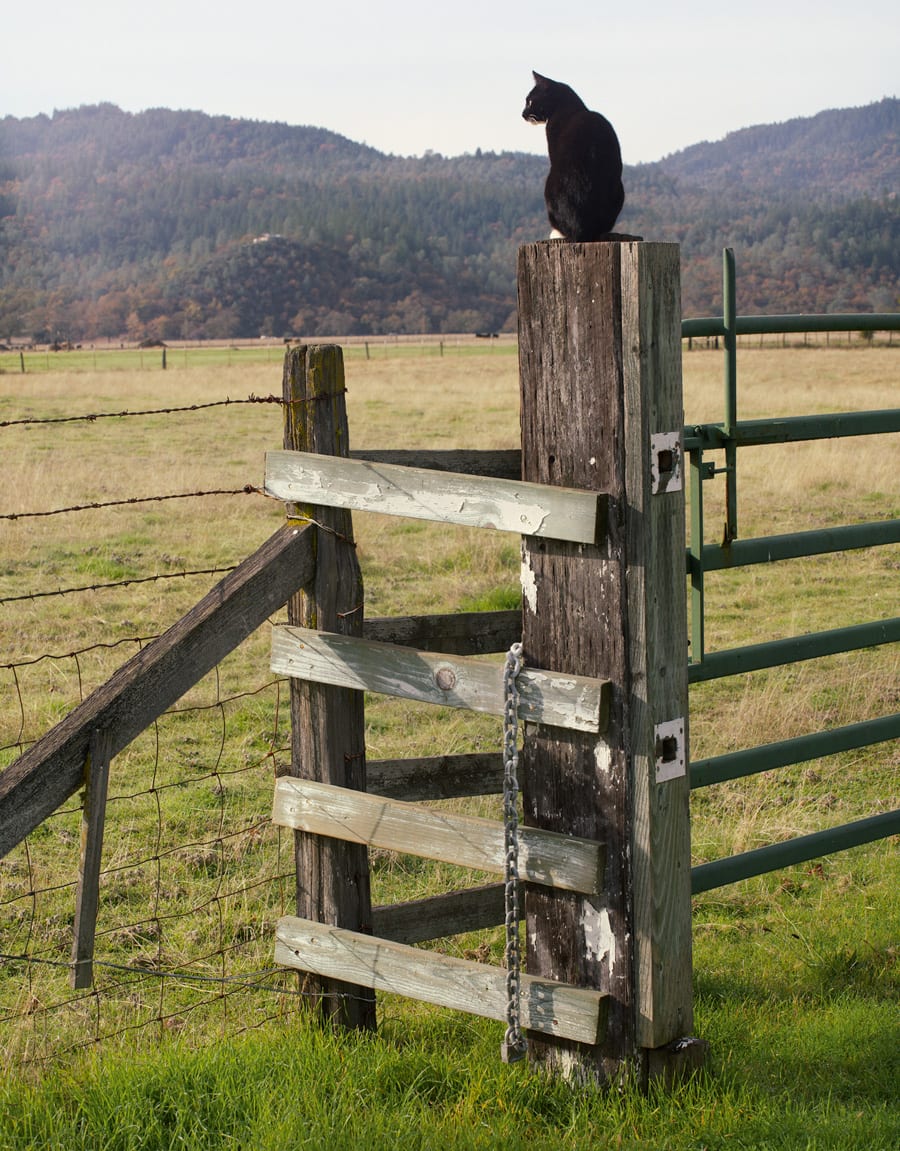 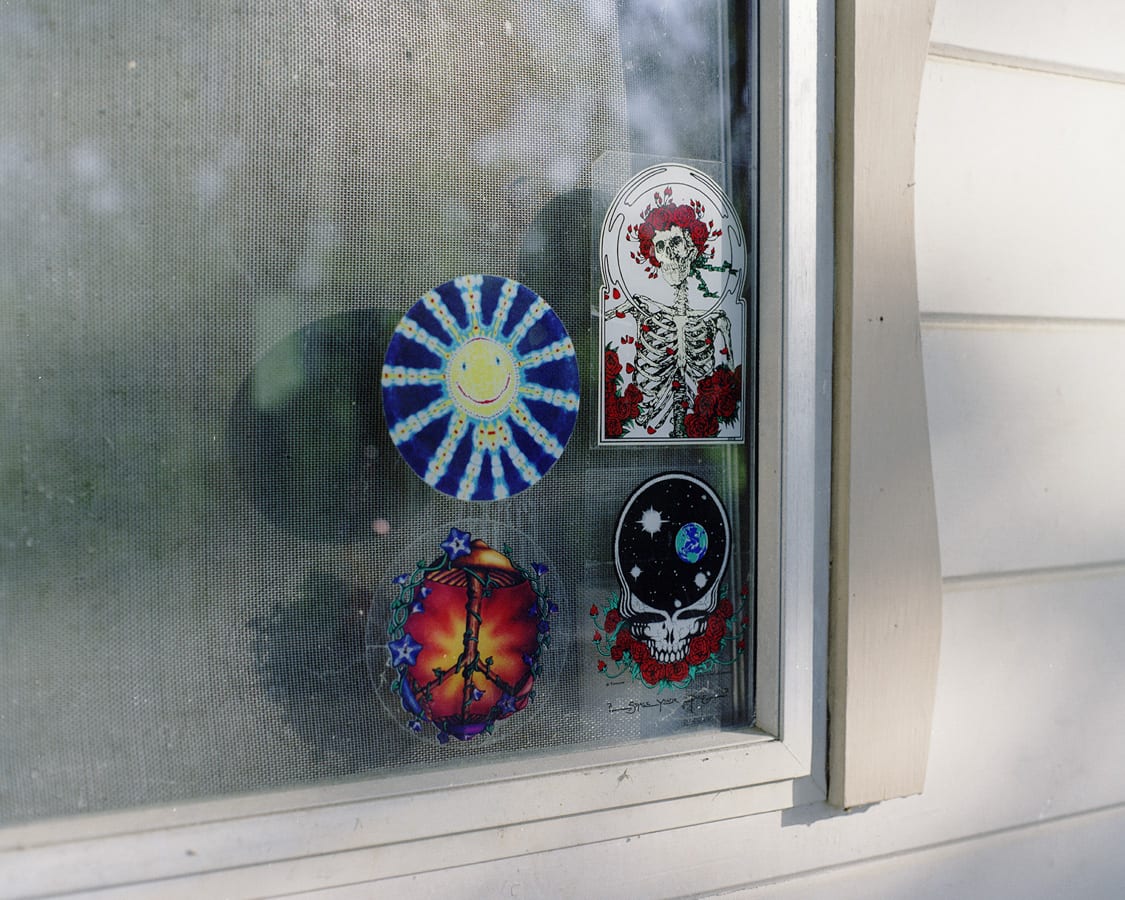 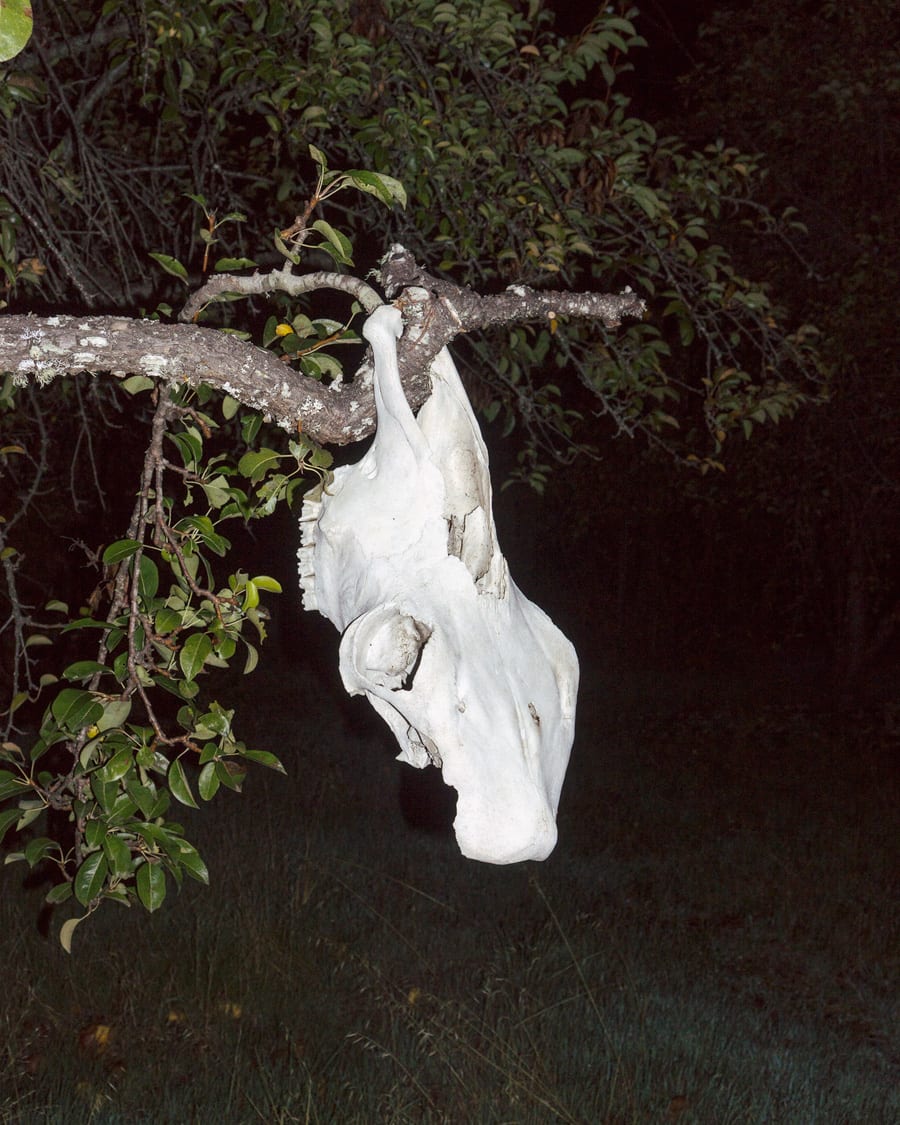 Panar’s book then with its title not alluding to much referential backstory and the employ of the weed booklet at the end in design terms give the atmosphere of the images within a quasi-narrative that can be unfolded and distributed as one sees fit. My overriding assumption based on what I know of the area and the images within Panar’s book is that what is presented in crystalline beauty is in effect something in the vicinity of something lawless and dark. I appreciate books like this when they unlock me more than I unlock them. What seems saccharine and candy-flavored is simply a delivery system for longer mediation and that is a very rare talent indeed. 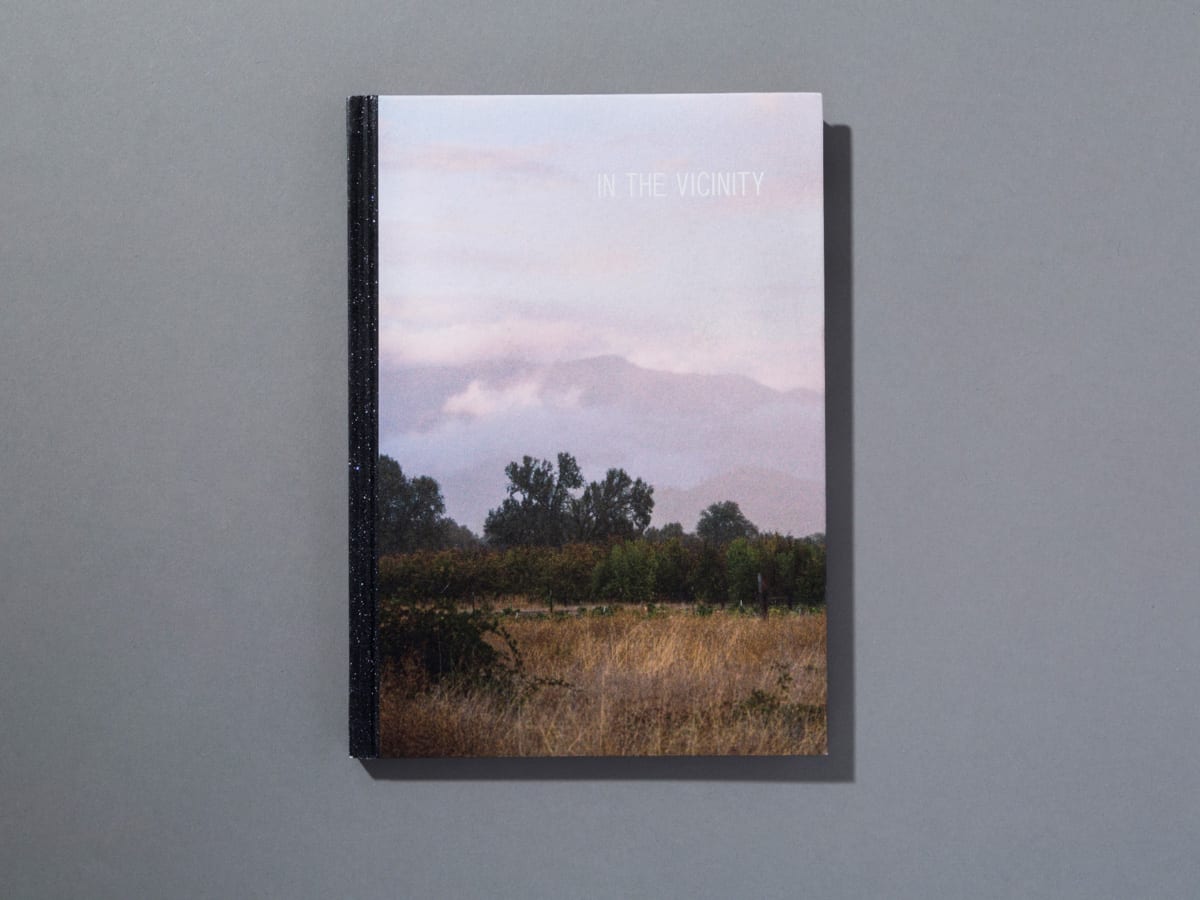