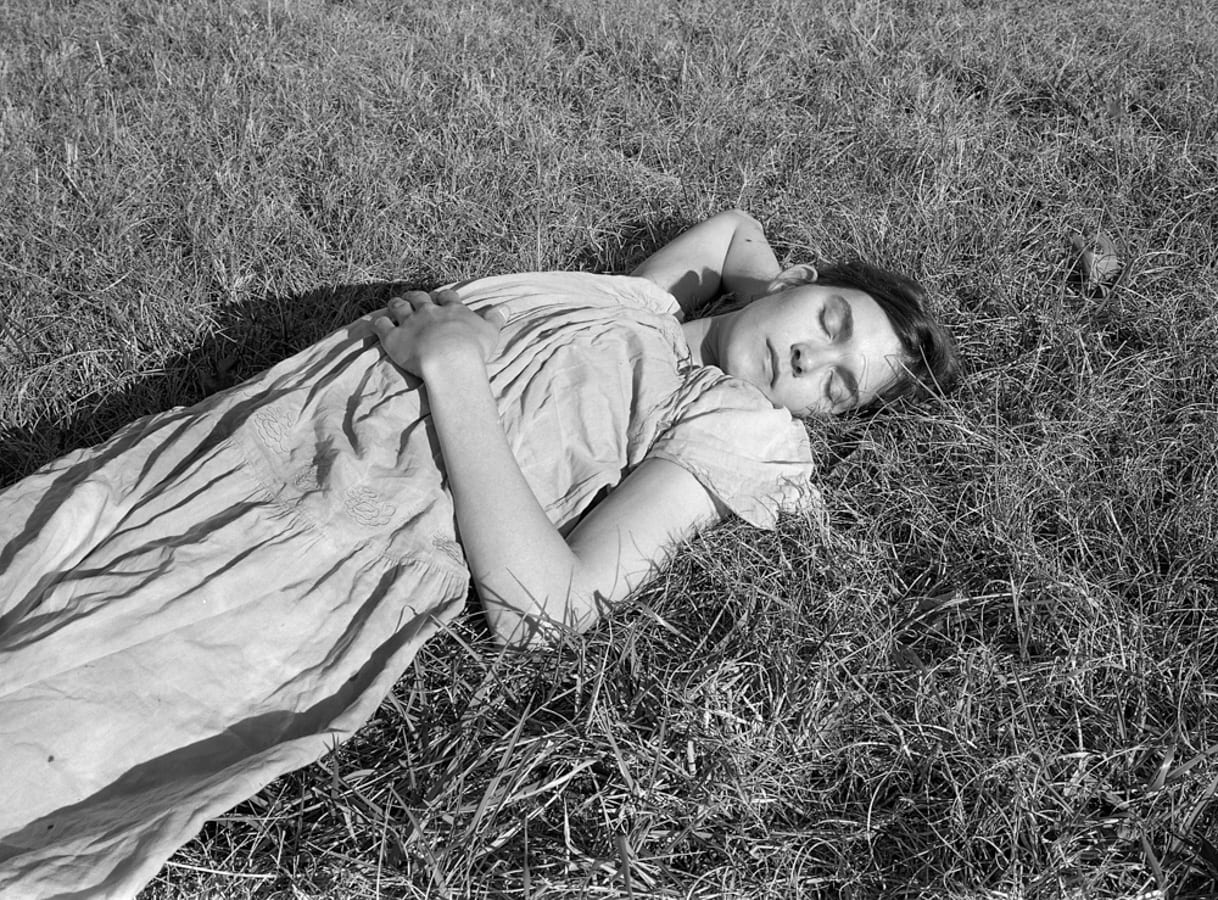 “I tell myself that I am a limitless being until I realize my left shoe is untied and I sit on the curb to attend to its misshapen spaghetti-form of inconsequential circumstance. What point these shoes”?

I am so emotionally out of my depths so often. I blame the condition for which I pass external to reason, but also external to my own ability to navigate its pull on my body and psyche. In the somber or rather sober moments, I reflect on what qualifies for the obtuse and difficult maneuverings of love and try to quarantine them along with the disposable heap of loss in the corner of the basement room where they both seem to vie for equal amounts of my attention, one never holding it over the other long enough to completely denude its presence as unnecessary to the position of both. They are unkind vultures locked in an aerial battle both destined to plummet and rise between earth and heaven-what passes for the their bravery is nothing but untimely metaphors of long days stretched out over overpasses and boarded-up brownstones in the collapsible and unnerving fields of the American South. I can’t shelter this love long enough to keep it safe from the romance of their tussling skydiving pursuits.

I tell myself that I am a limitless being until I realize my left shoe is untied and I sit on the curb to attend to its misshapen spaghetti-form of inconsequential circumstance. What point these shoes? I feel as though my memory wants to live on in a Gus Van Sant film, but without the bleak inevitability of deathly conclusion. I want that sort of oblique feature that runs on for days like a desert passage without resolve, without anything outside of the metaphor of pick up trucks and “Donna, I love(d) you” graffiti. Why are there never parenthetical considerations in the land of gratuitous spray paint scrawling? It is almost categorically stated that considerations in grammar and punctuation exist in a realm outside of the need to emote with Chlorofluoro carbon-#these communications a meme or emoji from the 90’s past. I am picking over the bones of nothing in too much particular a form, I am afraid. 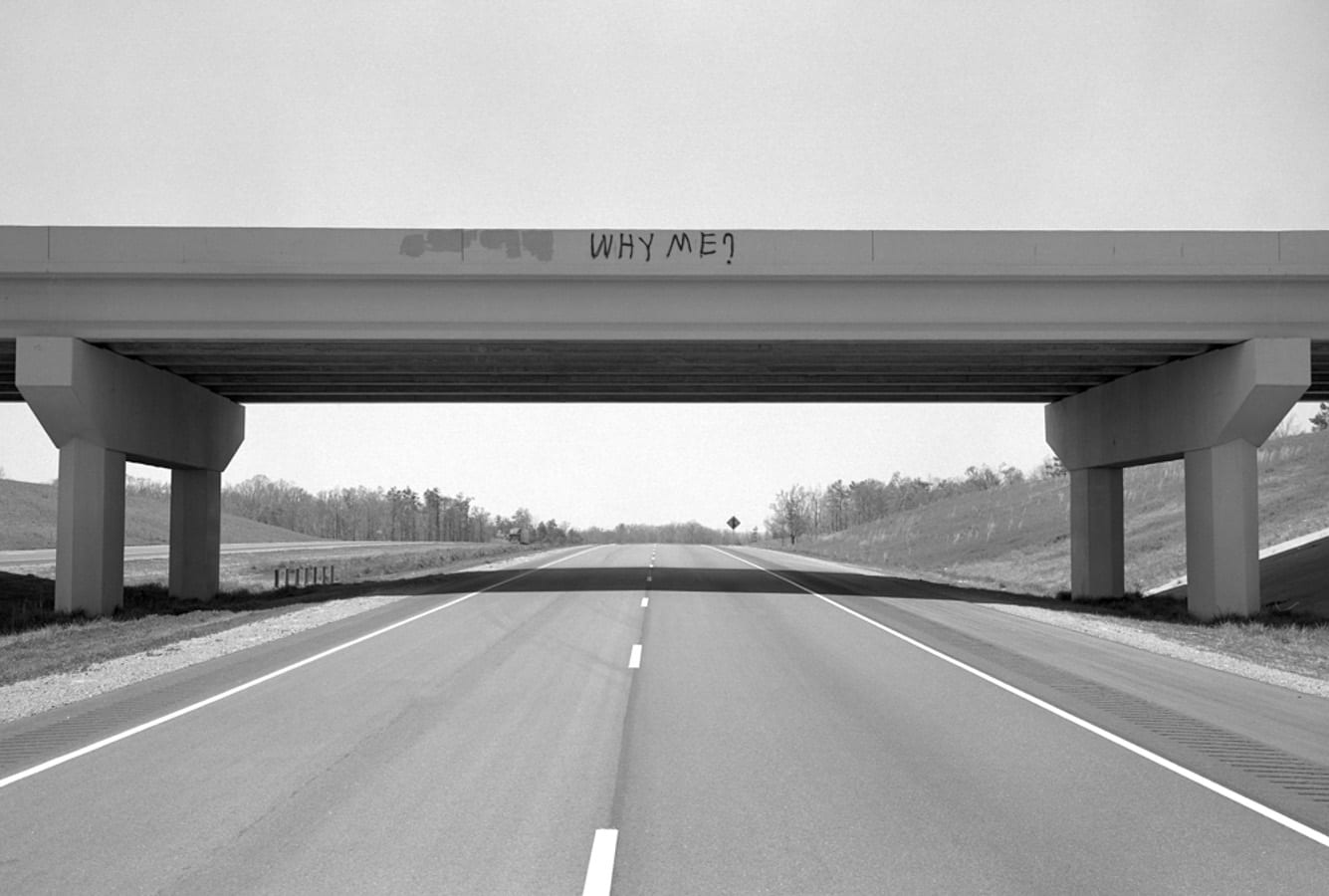 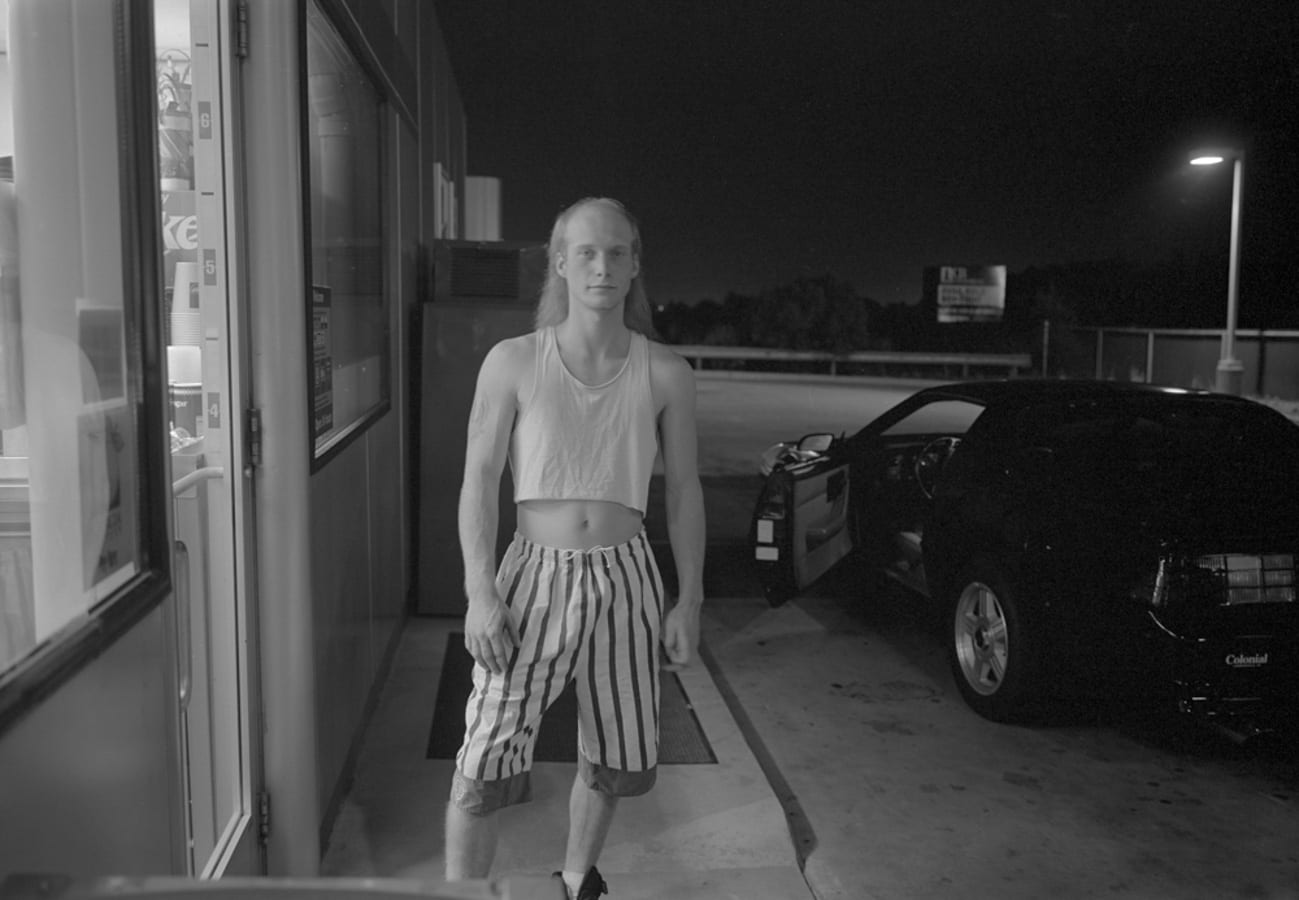 Teased out between her calloused toes and blue cotton dress, blades of long green grass prickle and poise themselves finding their way through her long auburn hair and the crooks of her young elbows. The day is humid and the grass warm. The girl will rise and leave in a short time, the weave of her cotton dress, her frame and the steps grass-trodden by her feet will be all that remained of her time lying in the sun-a fading moment of relaxation under deep blue skies at the right time of day before the mosquitos can invade her rest. Faulkner wrote lovingly of the South and yet, here intermingled with the smell of gasoline and cigarette smoke, not much occurs to her at all as it did to him over the vast stretches she walks home past the disused swimming pool-its slide re-rooted into the fertile ground enveloping its cracked white plastic steps which ascend to nowhere in particular and without the primary function to elevate above green and mossy water below, now filled in with leaf and vine and the occasional informal cola bottle. 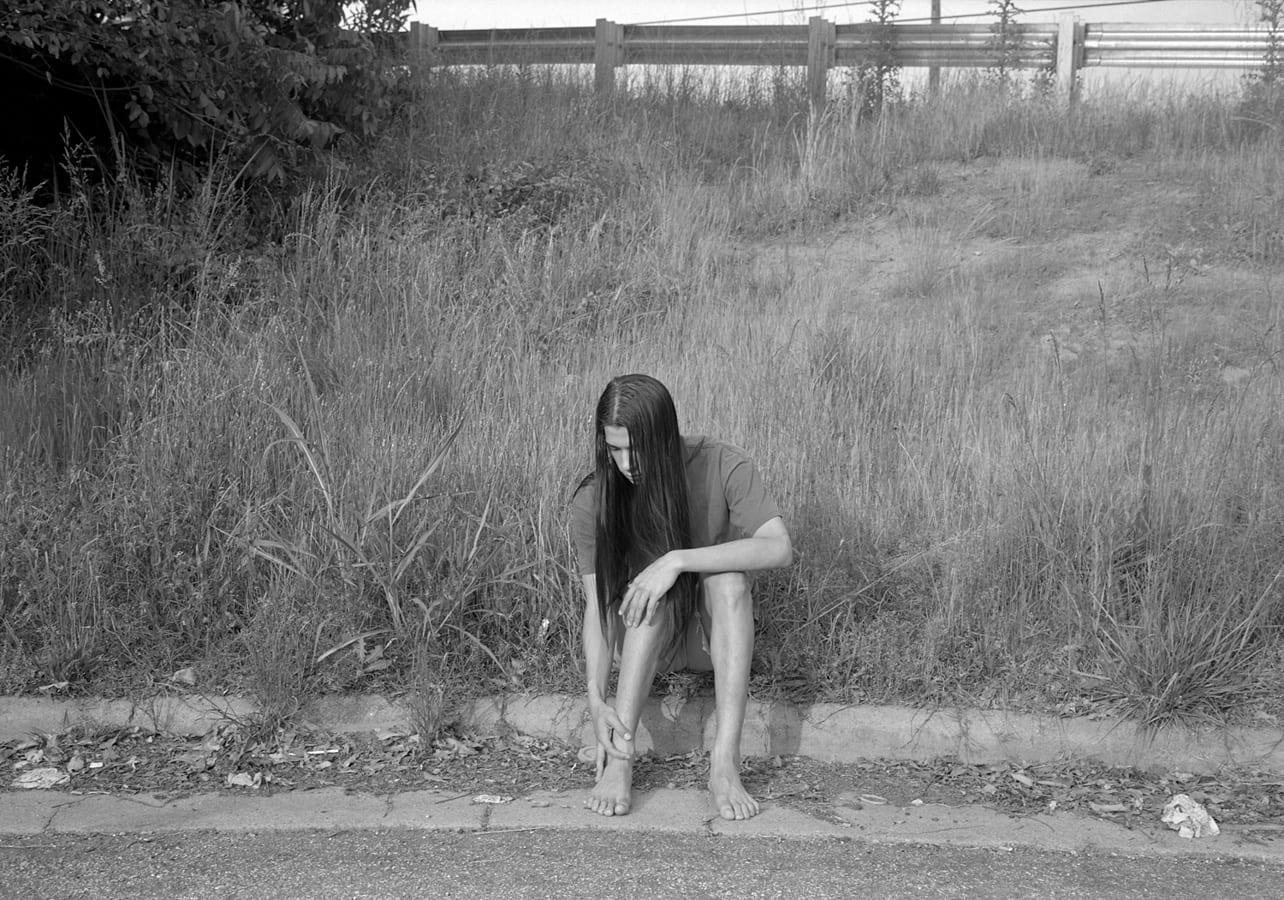 “There is certainly something wholly American at the root of this book and Steinmetz’s work at large, but we cannot tell which part of the sprawling opacity of the American hinterland this stems from-and this is powerful. Faulkner would know…” 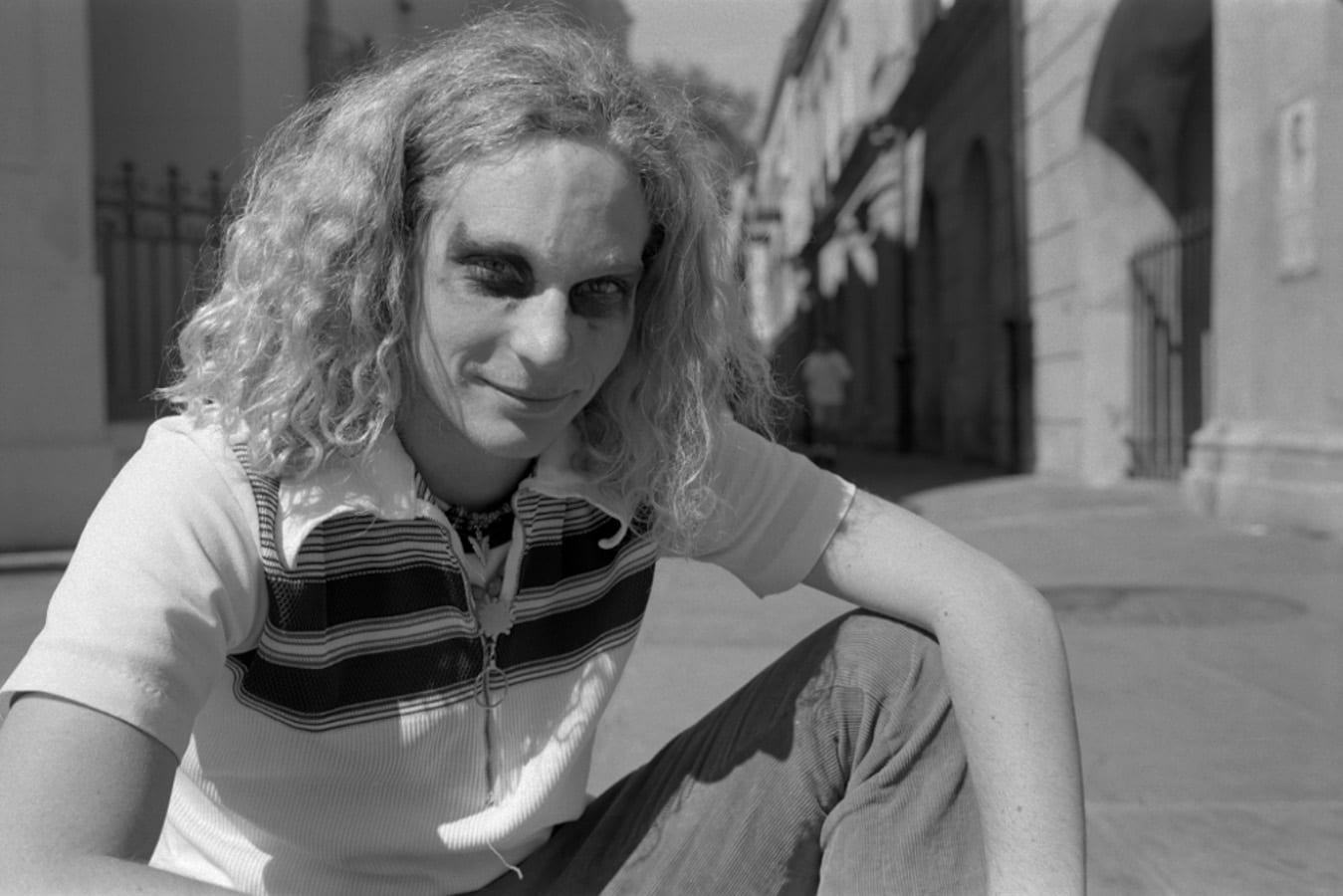 What makes Mark Steinmetz an incredible bookmaker is his ability to almost weave a narrative out of several disparate elements without ever giving into the formal engagement of authorship in the literal sense to create a unified and cohesive story line. He eschews the forced conventions of plots, narratives and suggestive storytelling while building his story arc(s) in different directions all under the guise of a beautiful sentiment or emotion. It leaves the characters, the images and fittingly so, the book to remain limber and in a state of open possibility. There is often a nod to the sentimental-a word that we feel so dispassionate about these days, not unlike romantic. 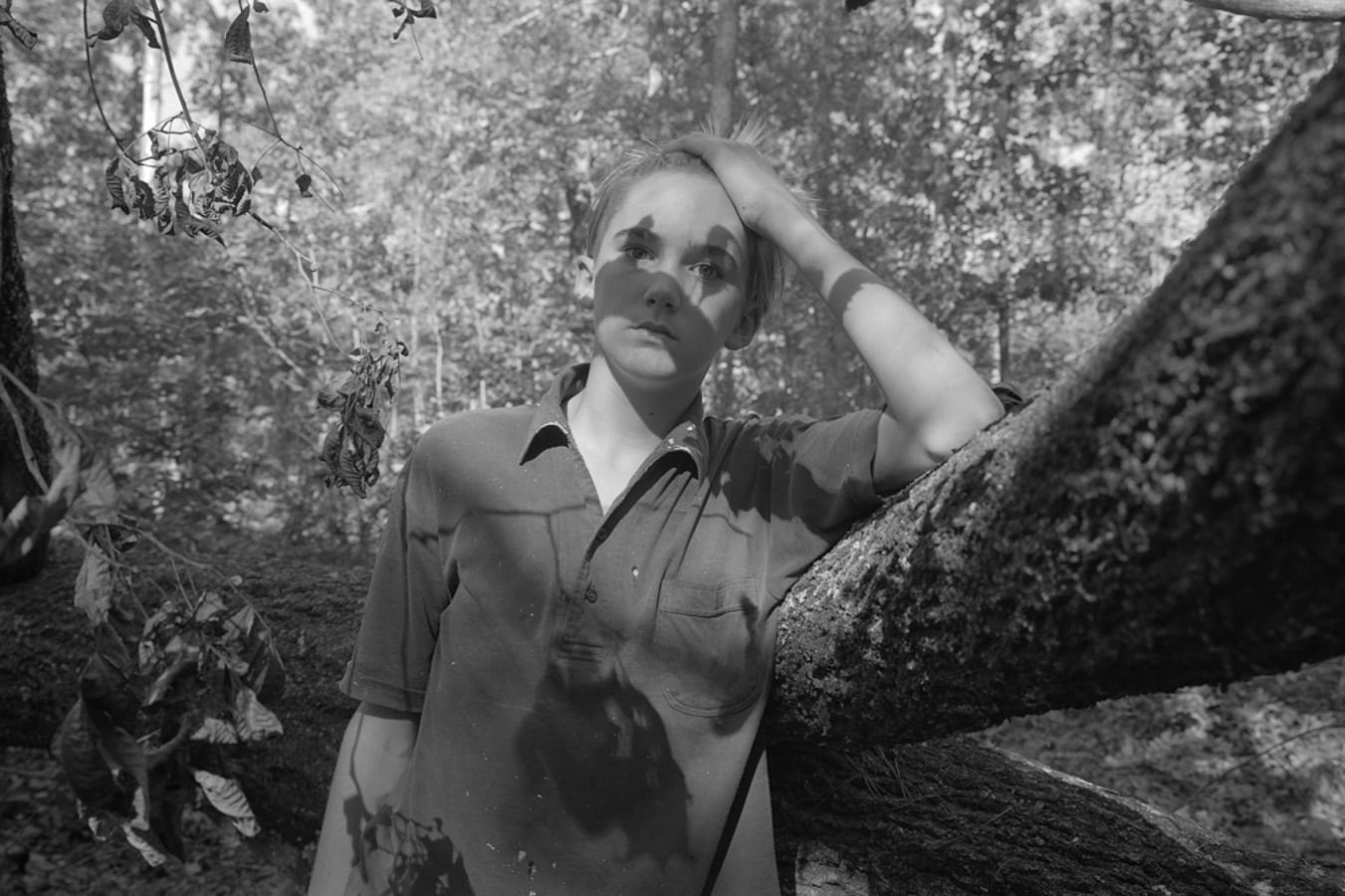 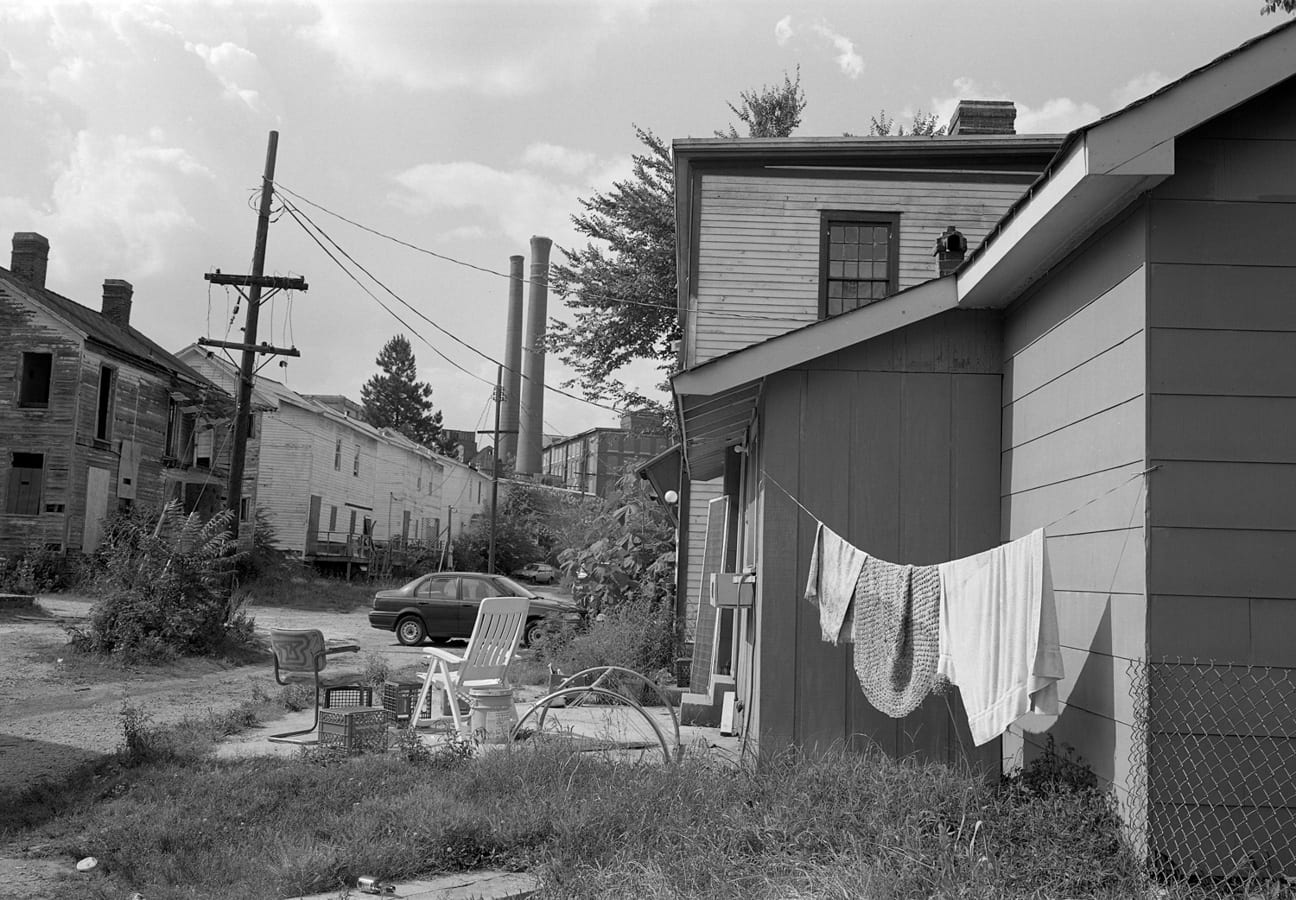 In “Past K-Ville” for Stanley/Barker, Steinmetz challenges us to look with a valiant humanism at his monochrome, guided and un-sculpted images for narratives left unremarked. If you were not told, you may not even know when or where our stories take place. There is certainly something wholly American at the root of this book and Steinmetz’s work at large, but we cannot tell which part of the sprawling opacity of the American hinterland this book stems from-and this is powerful. Faulkner would know where these moments have taken place, ever-reaching lithely from the grave to give his supporting approval. The American South with all of its splendor of dissociative narratives, economies, communities and ecologies become, with Steinmetz’s camera a series of semi-neutral locations in which youth, summer days and a long list of ebullient romances play out between couples, writings on the wall and in long meadows of convenient wanderings. All of these narratives are ushered in with a careful respect to the potential of human entanglement-not something I am usually prone to examining, but for Mr. Steinmetz, I will make this exception to feel civil again. Past K-Ville is another book in a series of completely unexpected and graceful Stanley/Barker offerings.