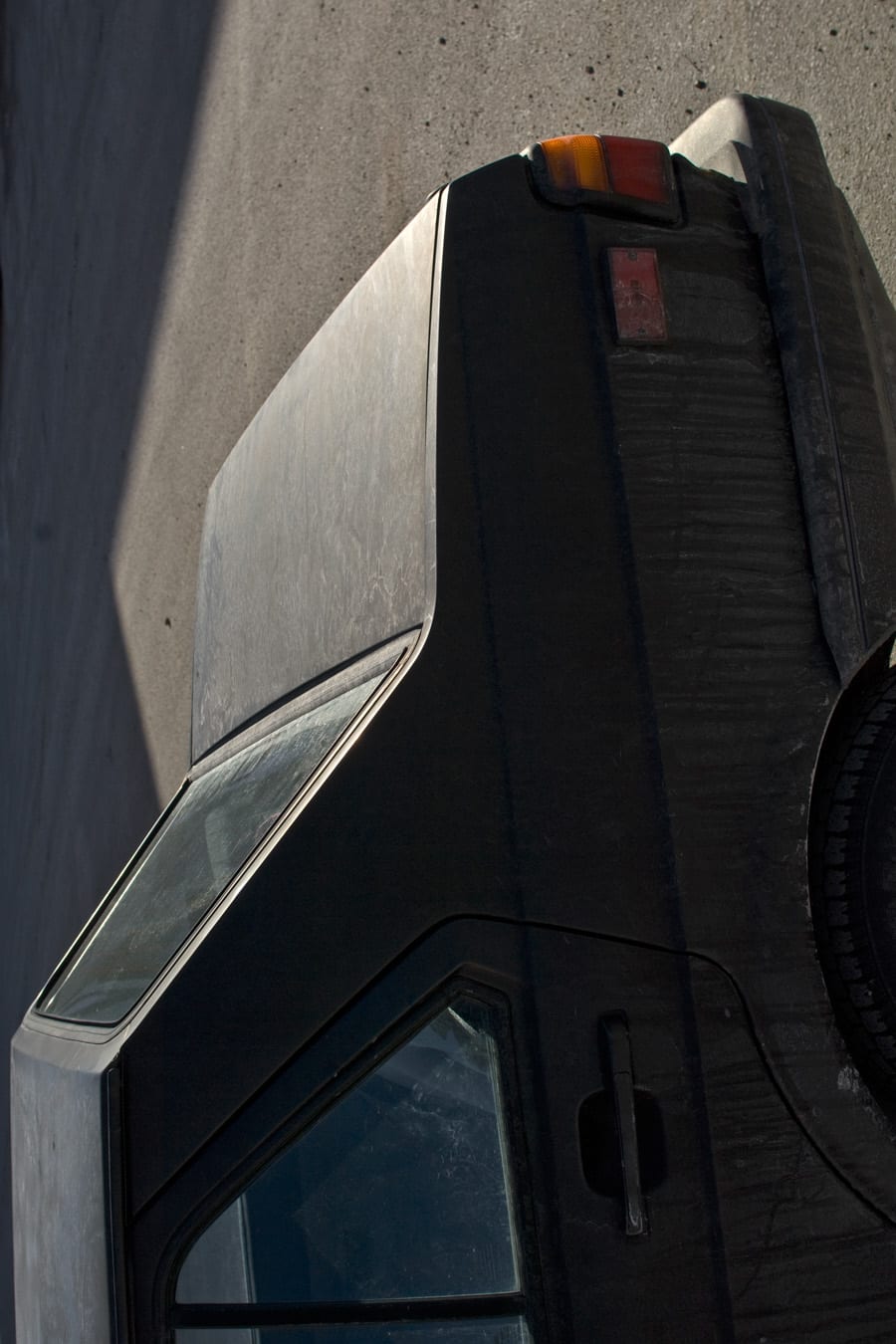 It is not just the stitched building that become hidden, but also the remnants of architecture that in turn become strange shrines populating a city-disused and unserviceable pieces of utilitarian function that have not been ordered into exile…

Architecture has its own cascading dissonance in the public sphere. It deals not only with structure and utility, but also morphs, shifts and challenges the collective memory of a city’s inhabitants. Building are torn down, new edifices arise and shards of what stood previously are sometimes left as strange monuments of bygone times or in the case of post-war economies, a reminder of the devastation that occurred- Most notably, the Kaiser Wilhelm Memorial Church and the ruins of Anhalter Station in Berlin followed by perhaps the Genbaku Dome in Hiroshima. All are firm examples of intentional ruins that challenge the public’s expectations of functional architecture within the fabric of the cityscapes they inhabit.

The examples listed above perform an intentional function that places tragedy and collective memory at the forefront of architectural edifice. They are intentional, sublime and imaginative. They are not banal, uncertain or conditional to interpretation by and large. These monuments are few, but the shrapnel of the architectural reliquary within an individual city can be ungovernable. There are many fragments and pieces of collaged architectural Frankensteins if one looks. Often times they are banal and are conjoined, not unlike a Siamese twin to a newer piece of wall, surface or façade. This cobbling of elements, the suturing of incongruent pieces of functional architectural element is often overlooked. It is not just the stitched building that become hidden, but also the remnants of architecture that in turn become strange shrines populating a city-disused and unserviceable pieces of utilitarian function that have not been ordered into exile and that share some odd sense of foreboding nostalgia in their incomplete and reticent form. 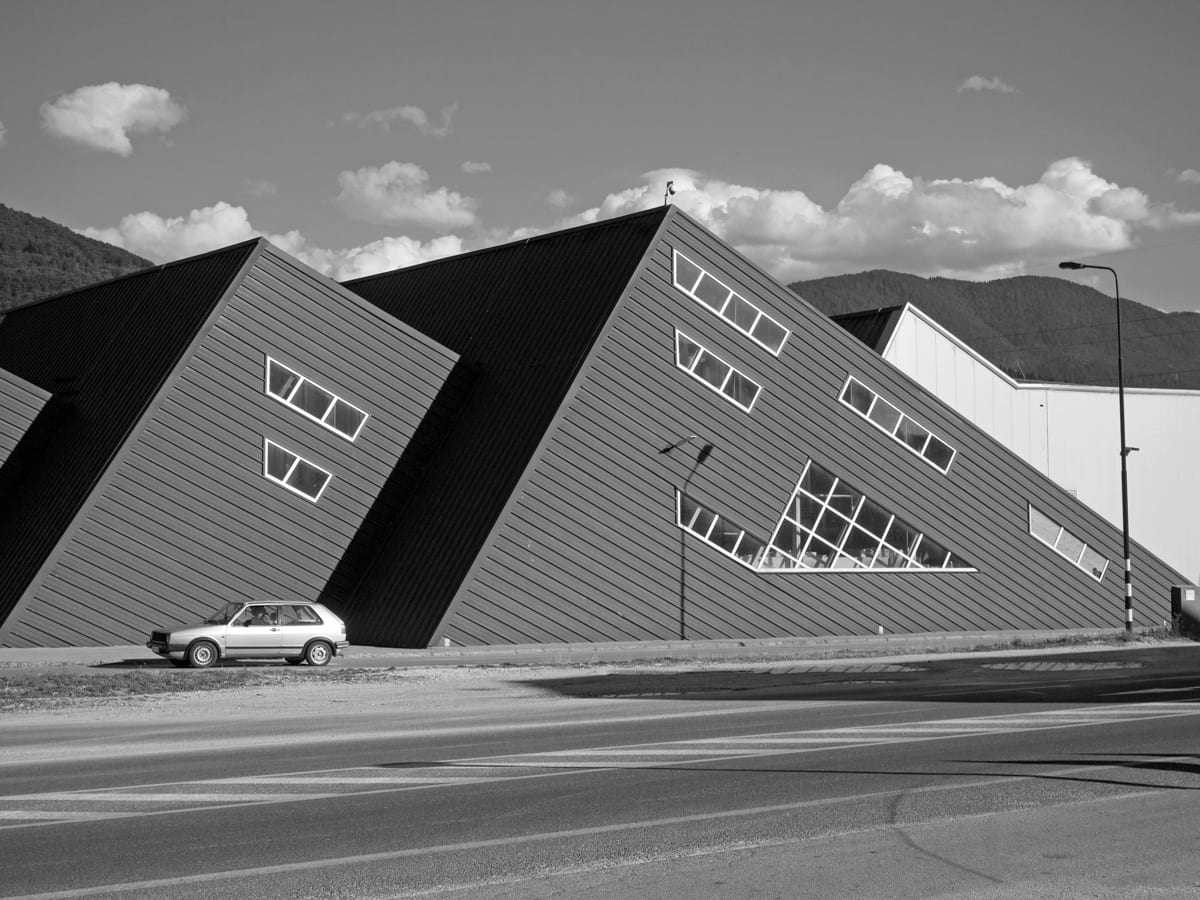 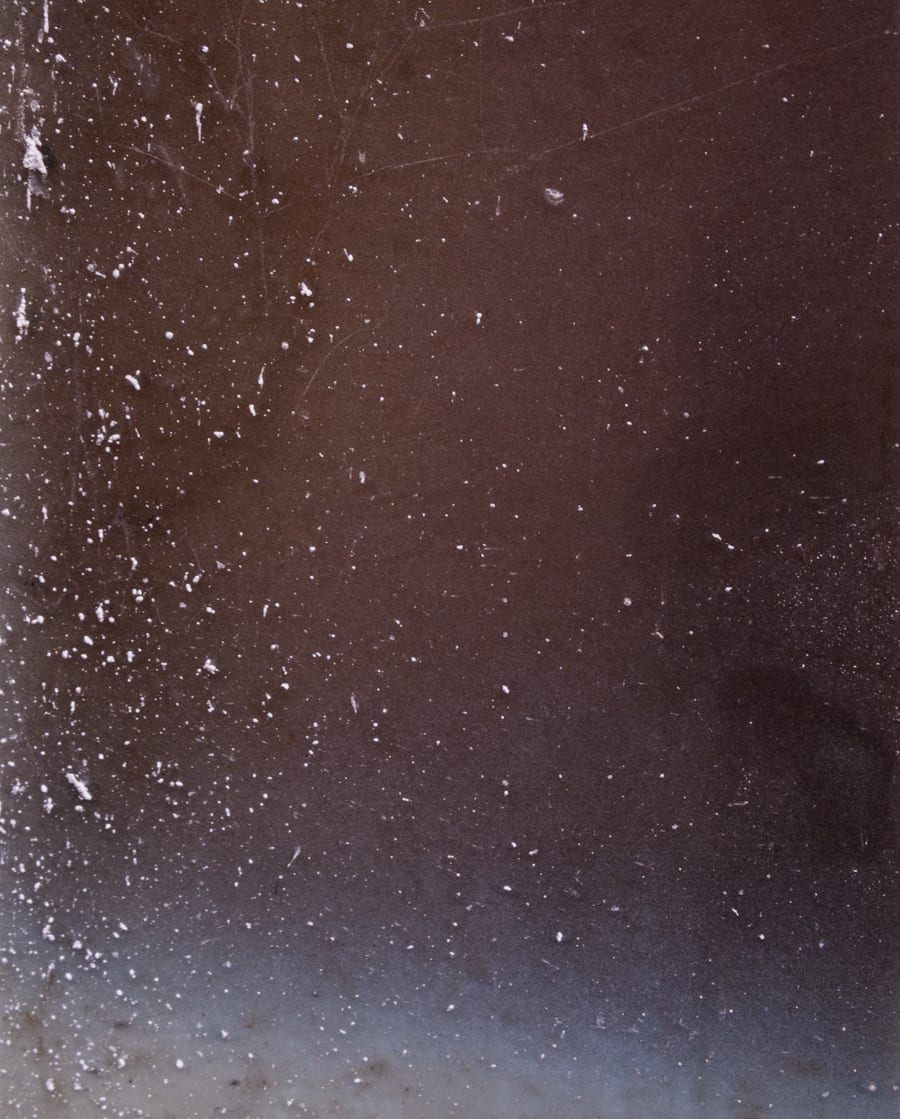 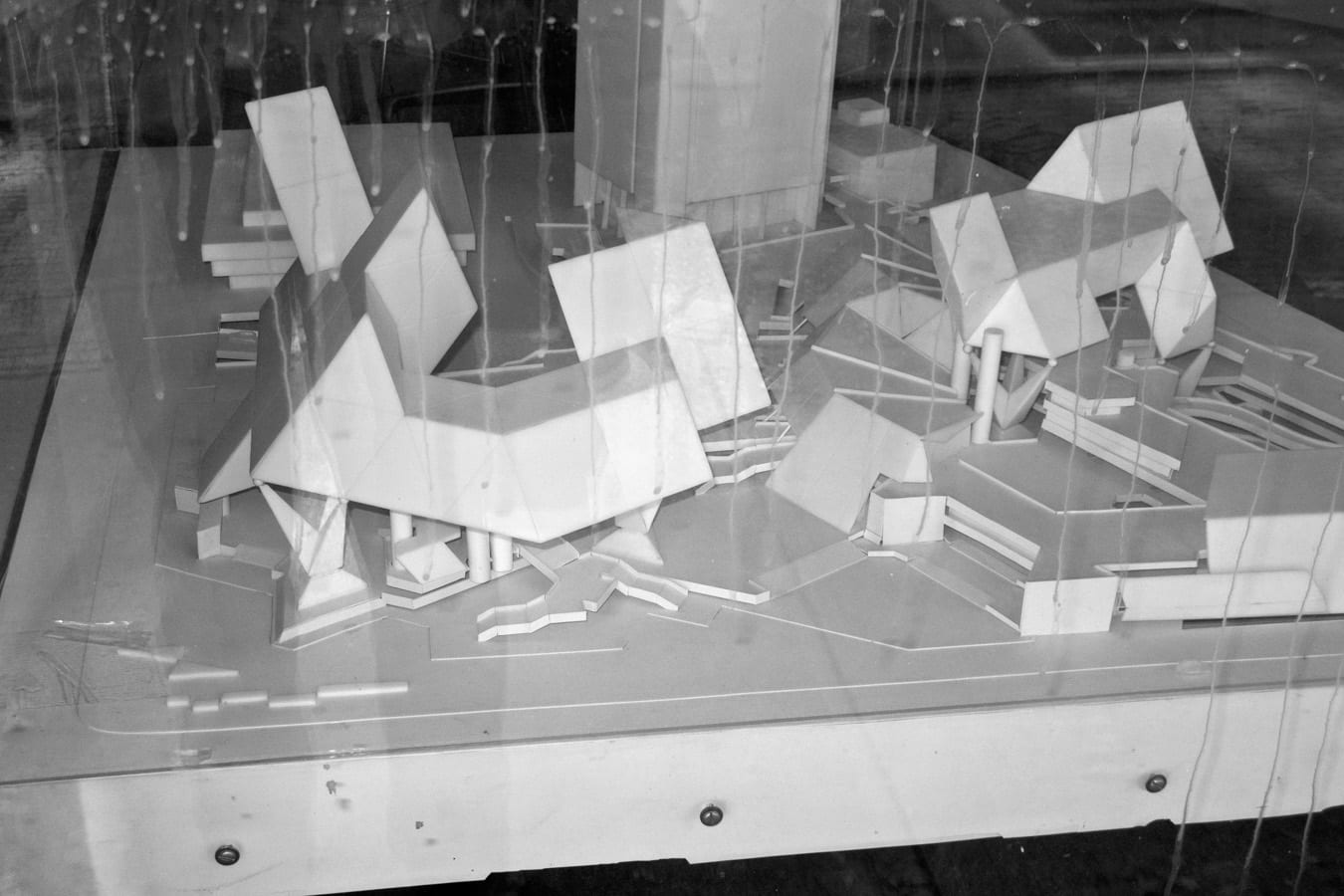 Jan Mammey’s “Mise En Abyme” as the title suggests is a metaphorical investigation of how these architectural elements become an image within the image and fabric of the whole of the city. Their vestigial forms, their incongruent “selves” are the manufactured, if incompetent components of the full form and are mandatory elements of the larger organism of the city and its image. There is a feel of indebtedness to Bauhaus aesthetics, but also discontinuity of form that speaks about the time that has passed since the original Bauhaus aesthetics were created and it is researched on a global level in constant flux.

The investigation of global urban centers presents a conundrum in that what Mammey has found is a discontinuity of form in a continuous and spreading urbanity. Urban centers, though different perhaps in cultural affect all have these strange architectural uncertainties-fragments of dubious contention. The resources of which are pulled from historic images, appropriated to add to his own effort of book-making along what a re presumably images that Mammey also takes.If I may make a reference to what I see in the work of Mammey, in its sprawling series of locations and its intent at obtuse cataloguing is a reference to a bygone era of Universal expositions and World Fairs. Universal expositions in the Nineteenth and early Twentieth Centuries were fairs which focused on industry, technology, and cultural innovations. The fairs were held in large urban centers such as London (1851) Philadelphia (1876) Paris (1889) and Bremen (1890) to name just a small number of the long list of expositions. They were well travelled. Each fair had a number of countries that participated who would exhibit new inventions or technological patents and try and engage the world and other countries. Some of this was of course a nationalist pursuit, a colonial show of might or simply a statement of pride. In Mammey’s book, we have a similar effect in that his locations and the architectural objects within come from various places across the globe. The change however comes in a lamentable form of inquisition-we question these pieces of the past and their function to their location. It is at once macro and micro-detailing of form-some of which, the function and utility are unrecognizable within the catalogue. The entirety of the book makes it clear that Mammey is interested in the harvest of fast changing elements in the urban landscape.

“There is a feel of indebtedness to Bauhaus aesthetics, but also discontinuity of form that speaks about the time that has passed since the original Bauhaus aesthetics were created and it is researched on a global level in constant flux”. 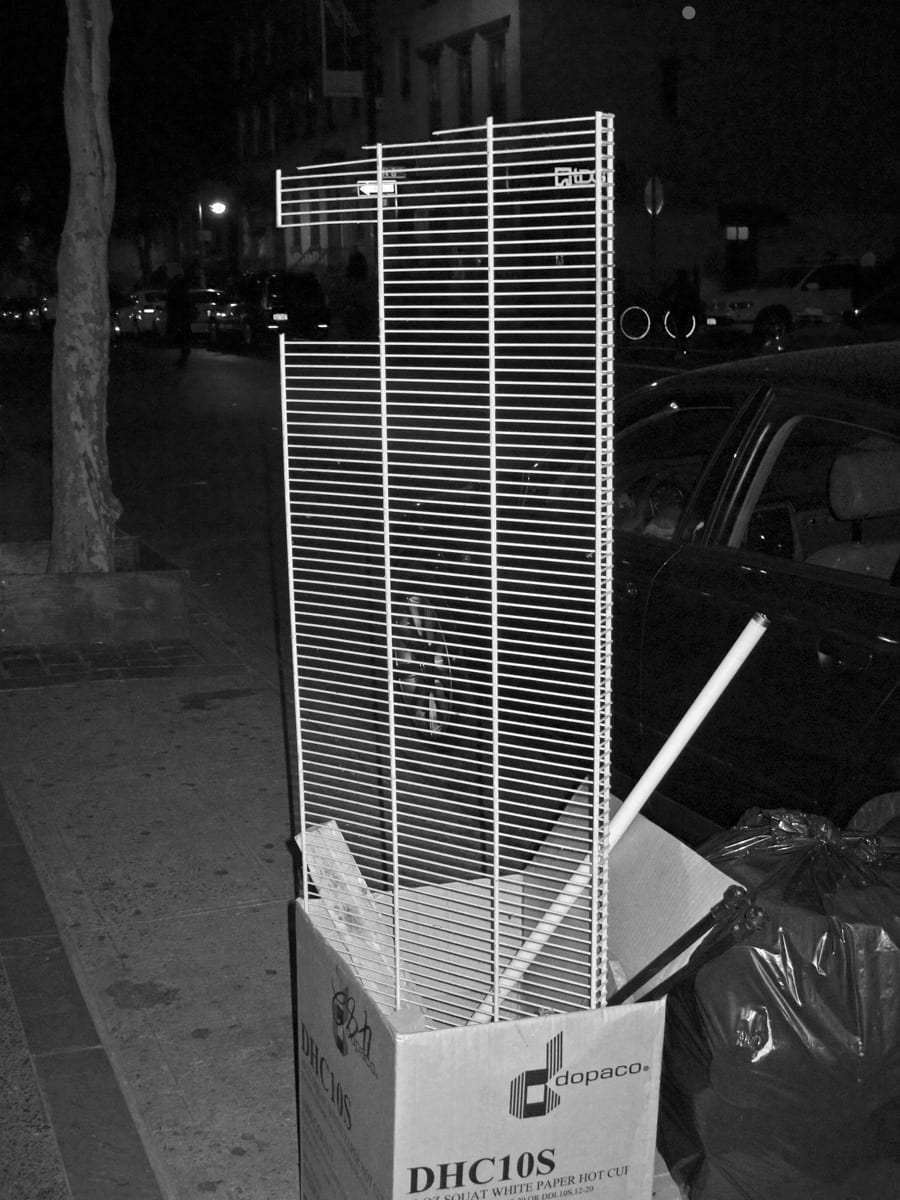 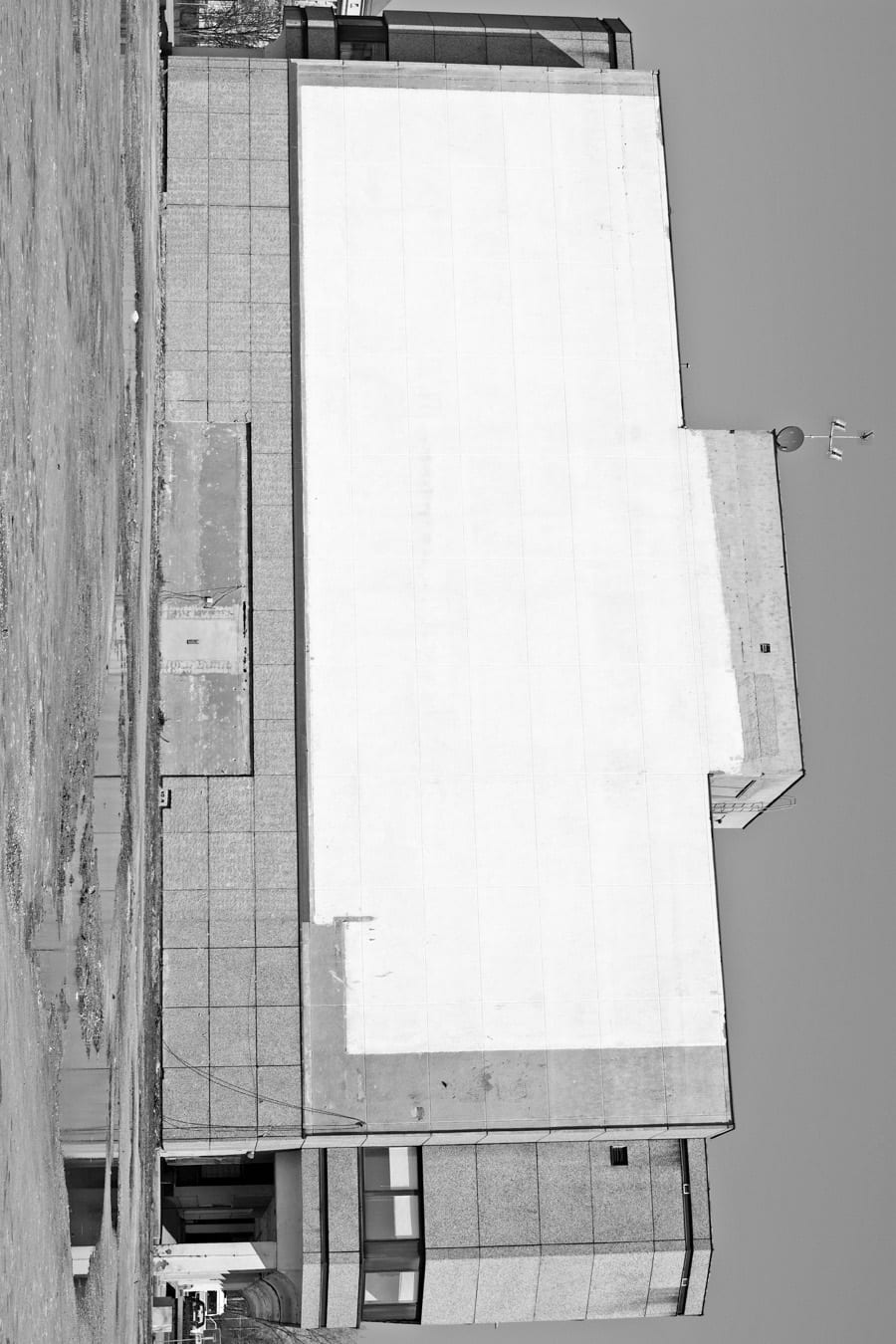 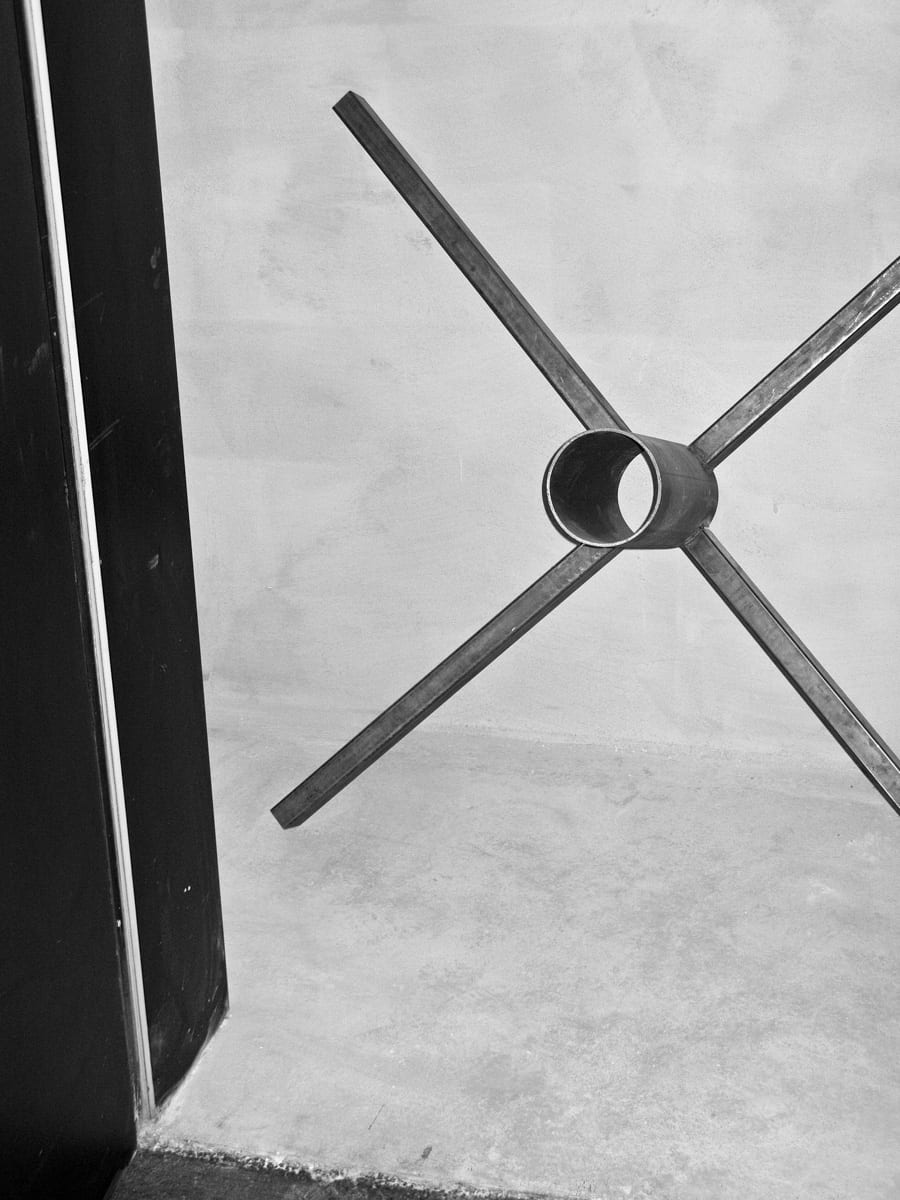 Mammey is questioning form and practice and the way in which it can be observed or passed over. It is not simply an analogous investigation which says “this is to that as this was to…”, but rather illustrates each image of the whole as a unrecognizable facet of the complete state. He is questioning the gears of the apparatus and has done so very successfully. HIGHLY Recommended.