“Jules Verne in his novel of the same name uses the phenomenon as a metaphorical tool in which the protagonist Delphine searches for a rare meteorological phenomenon which doubles as a search for interpersonal connection.”

Pulse. Questions, rather interrogations must be committed to. Is jugular distension normal? A sinuous pulse distorts the natural curves of her anatomy. The nape, the connective tissue and extension of her vertebrae show signs of color, like the budding of uncertain foliage at the end of winter’s slumber. The distension is not an atrophied protrusion, rather it moves in a miasma of muted color underneath the alabaster parchment of her skin selecting a blue green in which it settles to the slow rhythm of her breath and that hand sized organ, traversing life from her chest to the furthest points of her corpus. Under supervision, the green-blue pulse manifests a phenomenon that with careful rumination simultaneously breaks the faraway horizon. Its effect, qualified in the atmosphere and when we stare into each other’s eyes, encodes the present to forget the horizon. This phenomenon, like a meteor shower under her skin dissolved into a sub-cutaneous aurora borealis that makes one forget its an extra terrestrial event. There is here, there is now before there is no more.

Senta Simond’s work is a graceful examination of gesture first and body second. One can postulate about the inducing of external phenomenon such as the Rayon Vert, the crepuscular green atmospheric event in terms of perception over that of scientific inquest. The Rayon Vert event historically is linked to the halo effect of a green aura that surrounds the sun at both sunrise and sunset. Jules Verne in his novel of the same name uses the phenomenon as a metaphorical tool in which the protagonist Delphine searches for a rare meteorological phenomenon which doubles as a search for interpersonal connection.  It is perhaps this status of connection that is also extraordinarily employed in the images Simond creates. Portraiture and the photography of the body is a highly nuanced affair when desire is removed. It is work that requires a scalpel in the form of a lens as to bluntly carve through making such an image cuts jugular veins without precision. The green bell pulsing under the skin of a sitter’s neck must be accounted for and the reciprocity of making such an image requires a very delicate hand and eye. Simond’s ability to pose the model and render her gestures in minute iterations of pure form and pulsing light is part of a successful technical skill, but also a psychological collaboration based on trust and a search for an outcome- a special relationship between two distinct individuals in which the quest to map the body are seen as a parallel endeavor to map the skies above, every detail scrutinized to understand one’s own position under its embrace.

“There are hints at historical propriety-an allusion to the masters of 20th century modernist pioneers such as Helmar Lerski, Tina Modotti, Edward Weston, Alfred Stieglitz and Man Ray, but also a relevant and contemporary update on the discourse of the female body in cinematic pose transmitted through the still image2.” 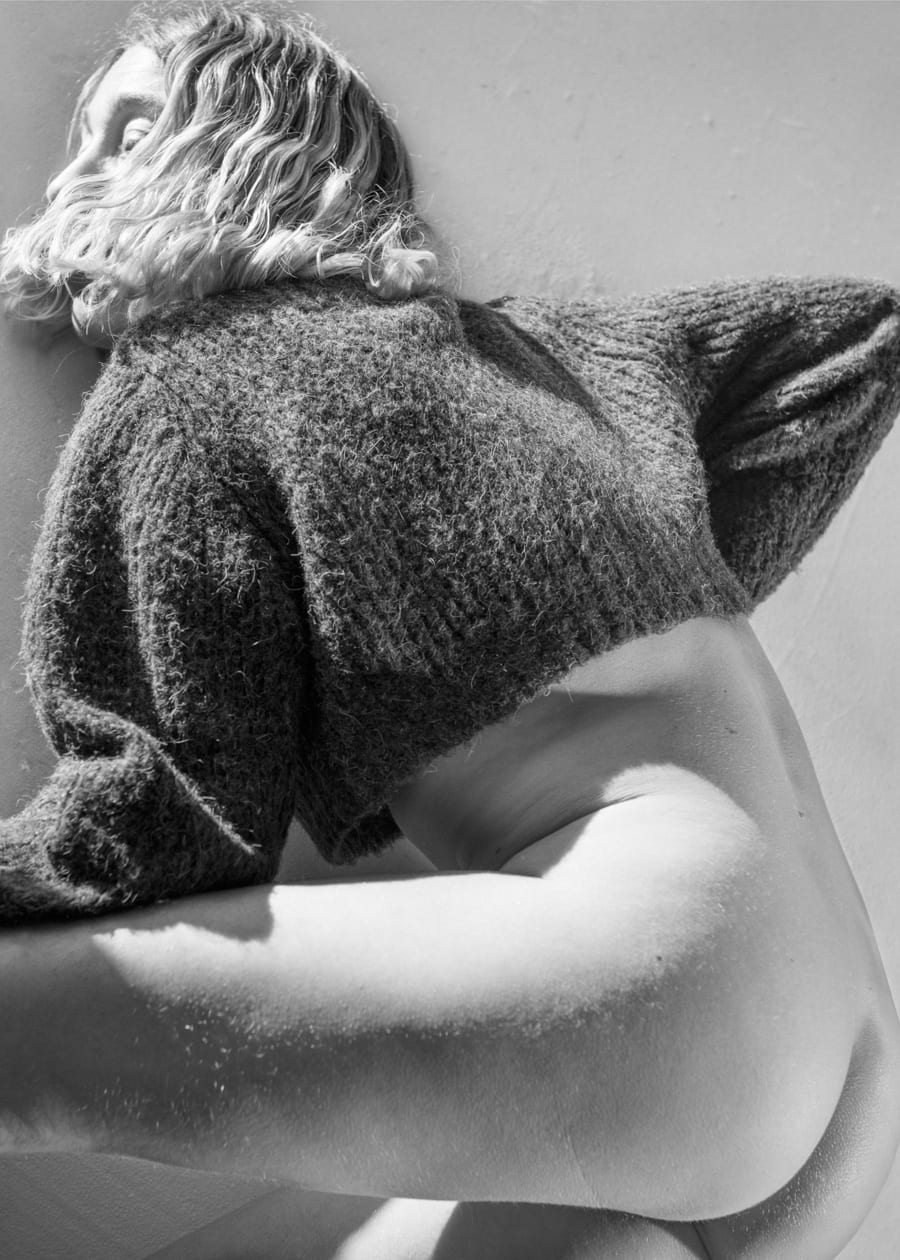 Simond’s “Rayon Vert” published by Kominek Books is one of the most impressive books published in the field of photography thus far in 2018. The minimal design and the images themselves suggest a sensitive and highly articulate artist in control of her images. There are hints at historical propriety-an allusion to the masters of 20th century modernist pioneers such as Helmar Lerski, Tina Modotti, Edward Weston, Alfred Stieglitz and Man Ray, but also a relevant and contemporary update on the discourse of the female body in cinematic pose transmitted through the still image. The portraits softly move, much in the way that film stills or screen tests apply themselves to an overall body of work or cinema. Each sitter is contemplated, collaborated with and is given due weight as to their being before the image is made.

There is also some ode to dance and the performative gesture through posing, but all in, what we are looking at is a re-invention of the gaze, of form, and of the relationship between artist and muse, both of a female nature. In a strange way, I am reminded of Carmen Winant work “My Birth” which I wrote about recently in which the body and the setting remind one of theater. The importance of gesture, the time taken to edit in Winant’s case or pose in Simond’s case play to a particular set of revelations that feel as though the moment captured in the image is but some small slice of the overall scene implied. In Winant’s case, it is about birth and the archive. In Simond’s case it is the marvel of a possibility of pulsing bodies. Some amount of the sitters feel as though entangled in a struggle, also reminiscent of Joanna Piotrowska’s work. All Allusion aside, Rayon Vert is by far one of the best books thus far in 2018. HIGHEST RECOMMENDATION.