“What aspects of this collaboration, involving both Thompson and Reynolds, are complicit in the same ideology and methodology of representation that perpetuates this distance between the photographic, its technological apparatus and its subject matter?”

Just over a year ago I remember looking at Richard Mosse’s Incoming at the Barbican. It was a powerful and compelling visual spectacle. Most people that saw it, I imagine thought the same. It’s multiscreen, immersive tech was scored by a rumbling soundscape that wrenched the gut, its depiction of refugees and migrants, ground workers and medical staff, armed forces personnel and military hardware reinforced the scale of operations, the huge numbers of refugees and the global changes and challenges our world faces. It is a kind of work that has a place somewhere in our collective consciousness.

Despite this, for me and some others there was a sense of dis-ease. For me personally, it wasn’t only to do with the commodification of art, nor was it about the debate of who should be allowed to represent who and what could be of cultural and artistic value. For me it reflected a deeper sadness, that of the gulf that exists between those that have privilege and those that have nothing, in the words of Giorgio Agamben, who Mosse employs in the catalogue essay of the book, it is bare life; a life with little to no rights. This sadness was effected not only by my empathy for the refugees in Mosse’s film but by a reality the work actually makes abundantly clear, the inadvertent distancing, through technology, of our own unconscious complicity, the conversion of neo-liberal concern into aesthetic pleasure and our complete inability to really know and understand anything of the experience of a refugee or their suffering.

In Luke Willis Thompson’s autoportrait, recent winner of one of photography’s most coveted awards, the Deutsche Borse Photography Foundation Prize 2018 and nominee of the Tate’s Turner Prize 2018, I felt something similar. Again, quite possibly a popular choice, Thompson’s silent film underscored by the imposing sound and gaze of the huge 35mm film projector, shows his subject, Diamond Reynolds as another victim of police brutality, having witnessed her husband Philando Castile’s death at the hands of a policeman. Reynolds, having filmed her own immediate response on Facebook live, came to and brought this tragic event to international viral attention. Thompson’s “sister” image shows her present as a portrait, in black and white film, in quiet contemplation, speaking (or singing) but not heard in a downward gaze of hopeless acceptance to the tragedy. In contrast to her self-representation on FB, it suggests how helpless we are at the hands of state sanctioned power. The brute force arm of the law will always be there to correct us and here is a beautiful brown person at the receiving end of that power. It is a kind of work that reinforces accepted power relations in our collective consciousness.

“If anything, the reality of the “high arts” being made possible and celebrated by state institutions, corporate entities and private wealth is a fact, we know they are there behind the screens and embedded in the funding of artists producing and showing black suffering and global crises in galleries and biennials the world over, we see them at the private views, sipping champagne.” 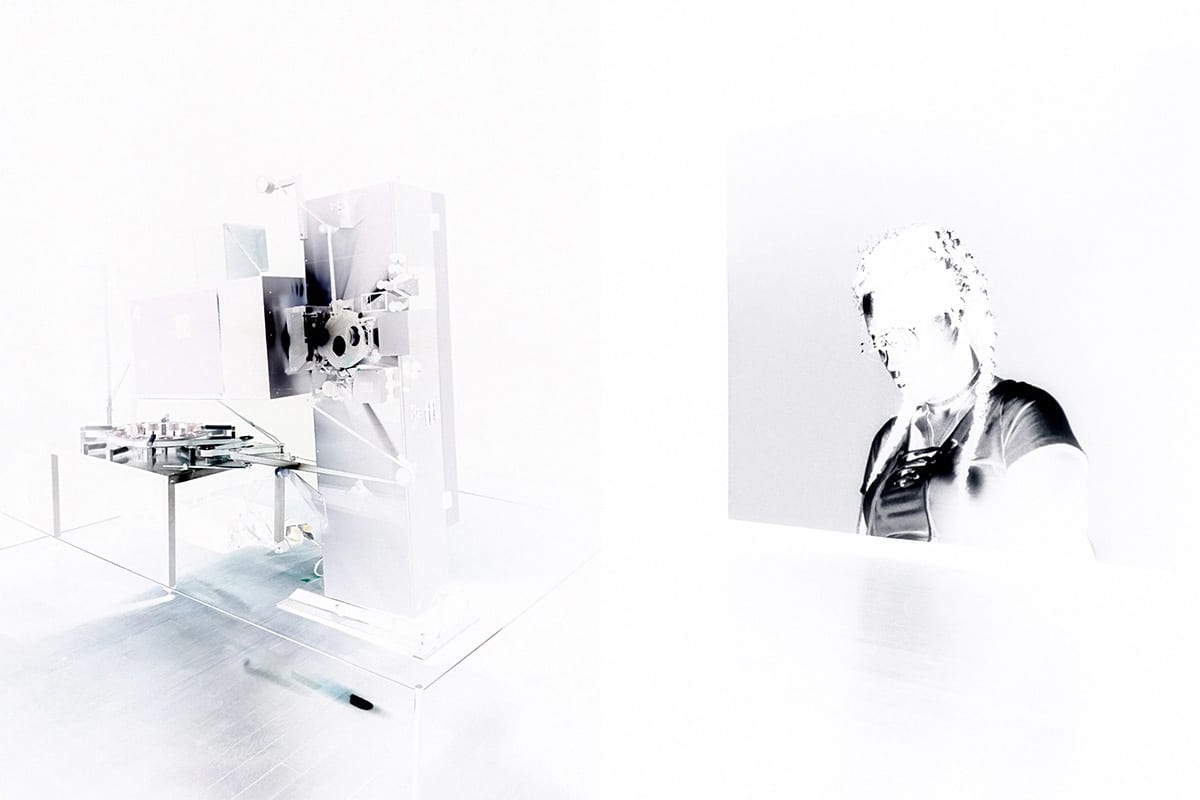 What grates is once again the hopeless distance of privileged realities against those who experience misfortune. The commodification issue and the question of who is doing the representation is not my main concern here, right now. If anything, the reality of the “high arts” being made possible and celebrated by state institutions, corporate entities and private wealth is a fact, we know they are there behind the screens and embedded in the funding of artists producing and showing black suffering and global crises in galleries and biennials the world over, we see them at the private views, sipping champagne. We know art made by white artists and artists passing as white gets foregrounded, while art made by artists of color gets placed under the label of ‘black’ or ‘ethnic’ arts. Questions emerge from this foundation. Who gets to make art and has the privilege of doing so in these times? Does the colour or shade of skin determine what the subject matter should be? If so, who delineates the boundaries of access to representation and who is given the access to represent and be visible? To me, we are all human subjects and have an embodied agency, a subjectivity that is valid and perhaps even a responsibility to represent and therefore try to understand each other, as long as it is done with a degree of critical depth, sensitivity and transparency. Yet that said, the issues really lie within a system of institutionalisation that privileges whiteness and it’s white, middle class perspectives.

What also surprises me is the fact that embedded in accepted systems of representation, the photographic art apparatus and its technology are still so invested in antiquated models of production and display. Photography is in many ways still entrenched in its legacy modes of subject positioning. That in the 21st Century we merely look at a black woman, depicted on a large screen, devoid of any voice, the huge projector whirring, given an audible priority over anything she can say about her latent trauma is shocking to me. But we say, this “explores” her identity, well really, how does it? What aspects of this collaboration, involving both Thompson and Reynolds, are complicit in the same ideology and methodology of representation that perpetuates this distance between the photographic, its technological apparatus and its subject matter?

Photography is the aesthetic shortcut to empathy here, but that’s all it is. Does that mean we should feel ashamed by what it doesn’t do? Or don’t we really care? Or do we really care, but hey, I’m just at a gallery and I want to look at nice stuff? What is the purpose of this work or is it the kind of art that has no purpose? If we want to engage with the suffering of Reynolds, this work, this kind of photography merely touches the surface in its awareness raising. It is a reversal of the raw immediacy of her own broadcast, now much more palatable for its new audience. There is no further indication of how this work might affect change, help with Reynolds’ suffering or provide support for affected communities. If that’s the case why is it hailed as something so profound and generous in what if offers? If anything, it is testament to how separate and alienated artists, the judges and those who fund, commission and show the work are to black suffering. The institutions who promote and valorize this work seem to be either ignorant or out of touch with the complexity of the problems they purport to care about. Through their artworks, neither Thompson, nor Mosse appear to be aware of this either and if they are, their next efforts ought to address this distance, at least self-reflexively. If this is achieved, and if it is recognised as such, it is most definitely the kind of work that should have a place in our collective consciousness.