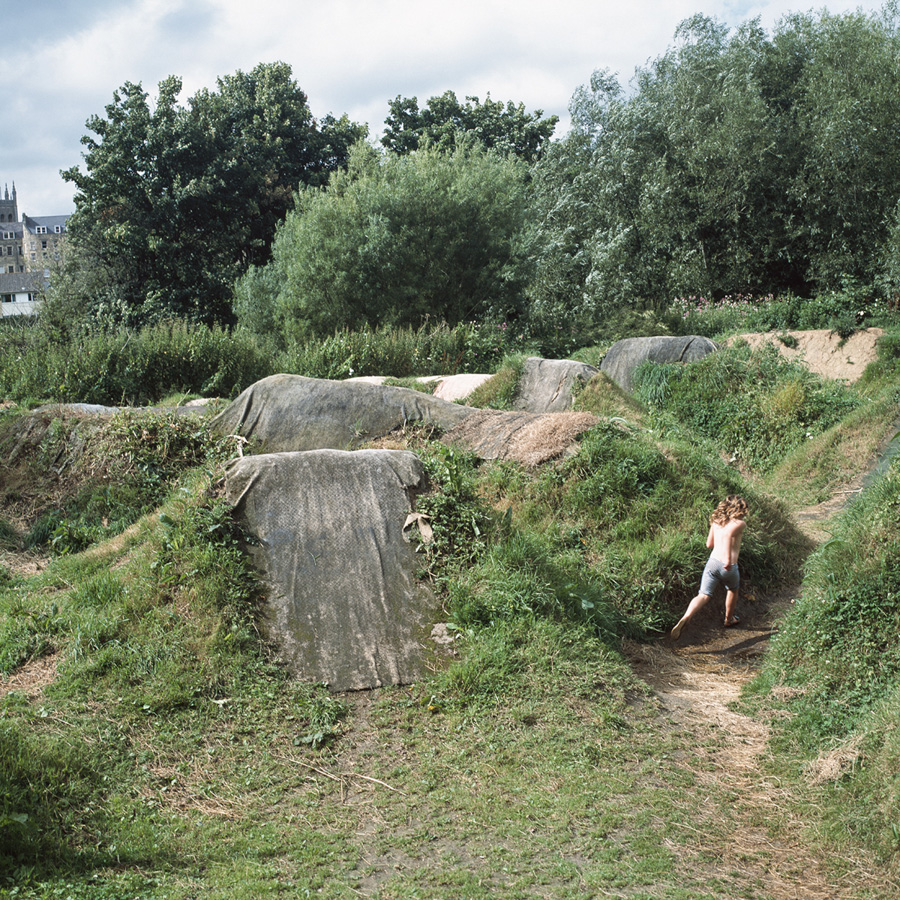 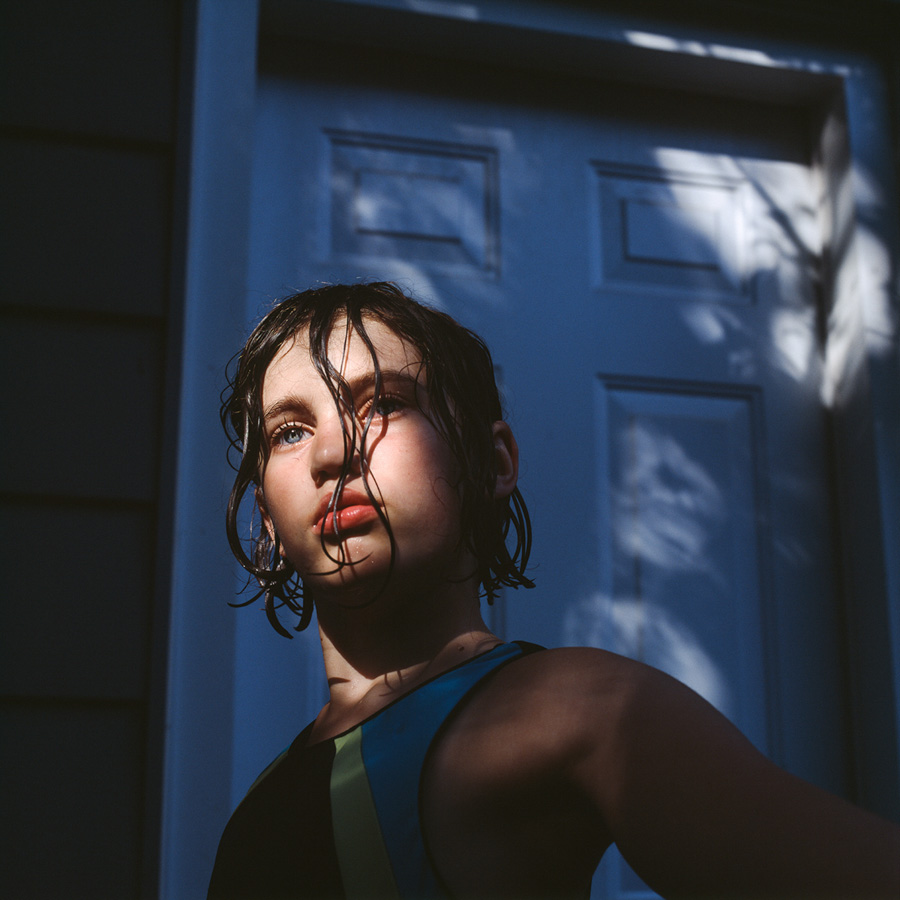 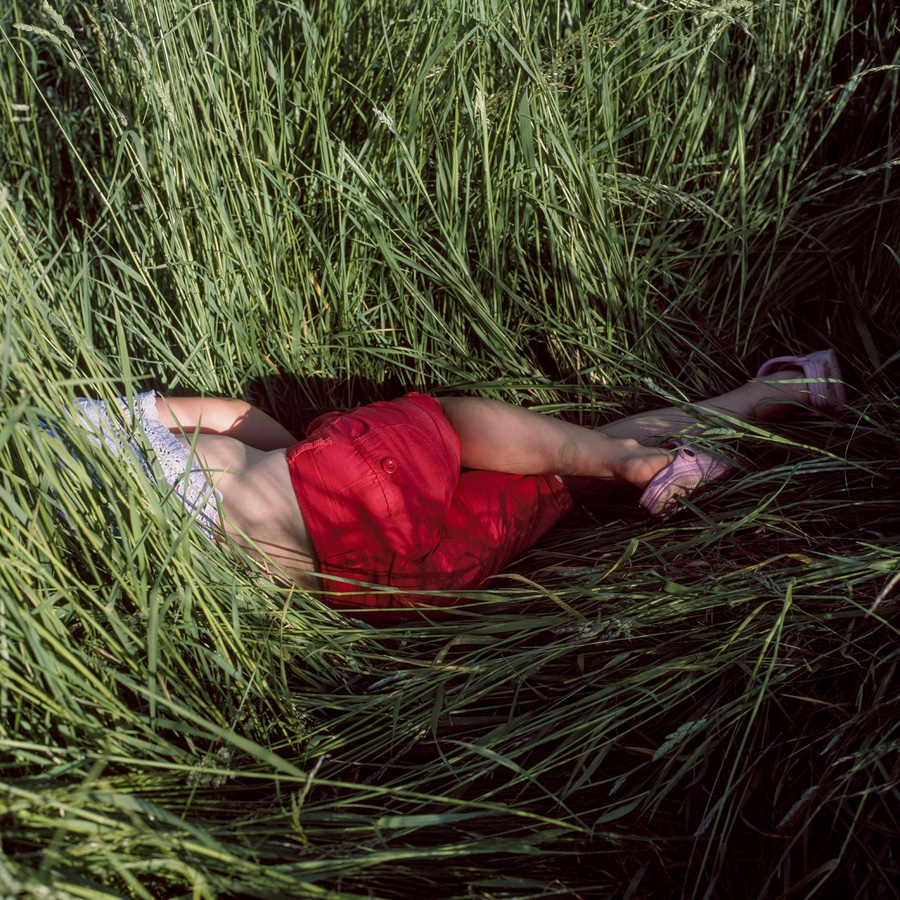 “Photography is many terrible things, but one thing it is great for is fascination. It harnesses the possibility for playing out in a different way giving the child a look into adult possibility, while also reminding the adult what it was like to look at the world with young and/or un-jaded eyes.”

Nobody can tell you the effect of what having children does for or to you if you are in the creative arts. It’s easy to share in the horror of the punctuating difficulties-the first teeth, the sleepless nights and the actual birth itself. What distinguishes this from that of other vocations is neither definitive or purely physical (lets call it the joyous trauma of becoming a parent). As it pertains to the role of father or mother certain things become apparent quickly. You will be responsible for another smaller developing person for a not short period of time and you will become protective in ways you weren’t even aware of. You will develop a 1000-yard stare for choking material and respond in movements from the future removing small toy matter or the stringy bit from a banana or an un-inflated balloon before it ever gets close enough for your child to put in their hand. You comb or rather vector the visible area in front of you like some sort of Skynet prototype. You look at dogs differently and you consider things and other men as later day threats, which you may not have considered as anything but banal or poorly dressed before. The rise of water in the local stream during the spring, lengths of road in which there is no guardrail and how the curb is shorter than your demands based on the taxes you are forcibly subscribed to pay for it- all inclination of terrible imaginings start from these points. And above all, you will notice how fucking loud the world is when you need your child to sleep for your own sanity. And in all of these measures, your vision becomes sharpened to things you had left unobserved previously. 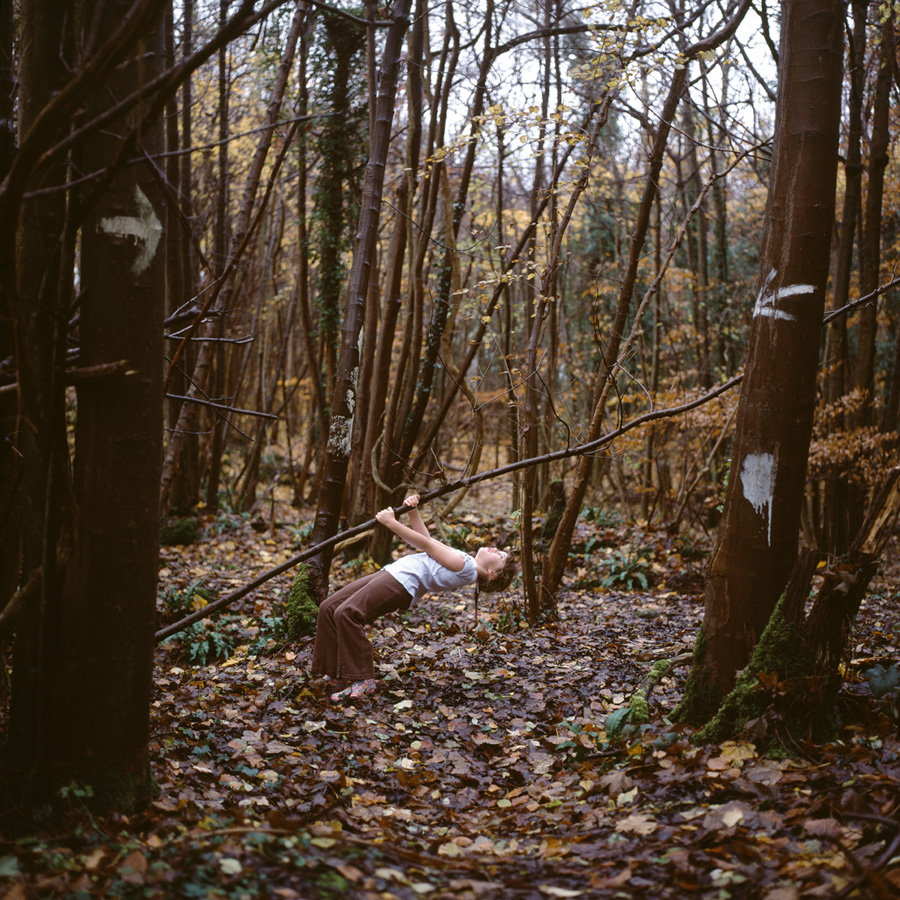 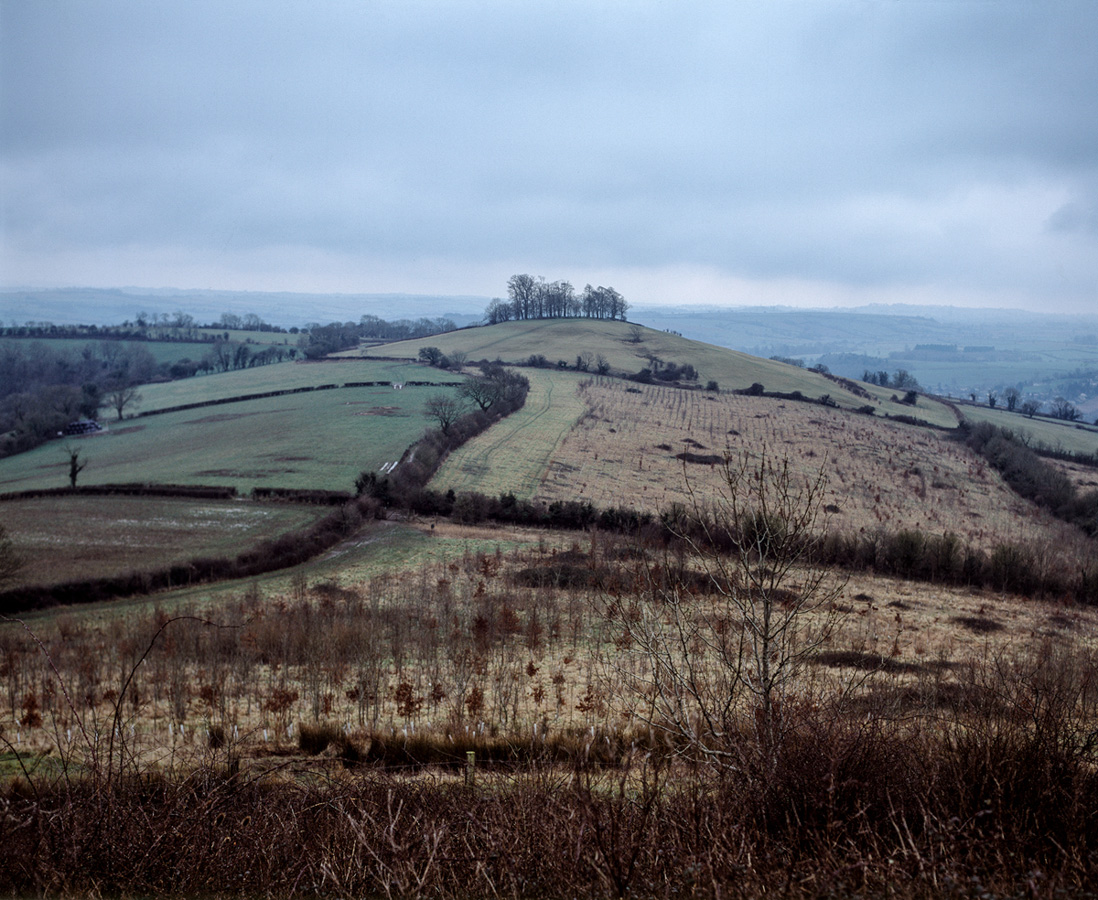 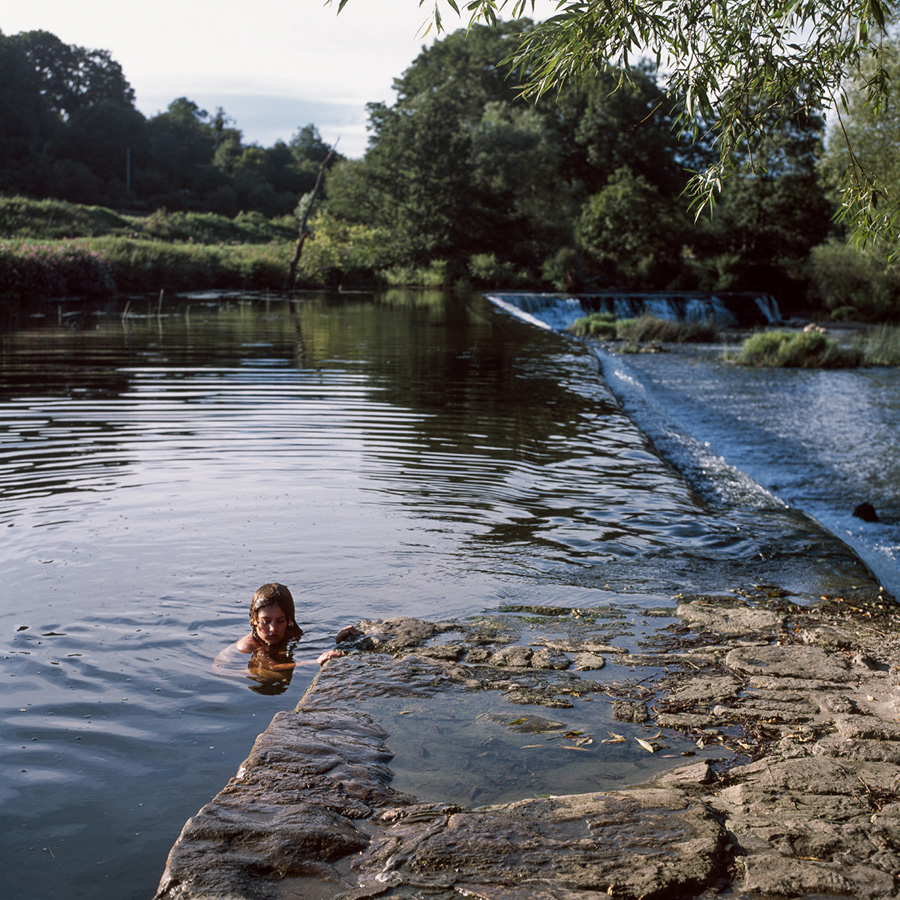 When you are involved in making visual work, you have several different perimeters from which you construct images. Some people work in serial, some people work on one piece for a very long time, ruminating over its every detail and some people work completely automatically and simply produce. One thing that happens while becoming a parent in the first years is that within that strange world of fatigue and over-concern, you begin to appreciate the time that you can spend in your own head as it relates to creatively quite differently. Things open up and close down in equal measure. The synapse that would have fired through your neural network that formerly collided with the outside world whether they are related to desires or fears, become intertwined and the things that held so much gravity as a way of seeing, distort and take on new forms. That is not to say that the former way of seeing is diminished, it has simply changed. Things start to present themselves in your vision through the order of time or lack thereof. You grow to appreciate the time you have to yourself more often with all those strange hormones and anti-desires building up on your walk through the woods during the pram-pushing afternoon nap. At times, you find yourself trying desperately to imagine what life is like outside of the bountiful, but repetitive gestures of stacking those wooden blocks over and over or flipping through the same book 6,000 times to continue the ritual for stability that a child unknowingly forces on his or her parent. In these moments, though present your mind does wonder into different territories and looks at things with a new hazily forming clarity.

think the great fear of becoming a parent when you are in the arts outside of the financial is the fear that you wont have time to create again or that when you return you might not be producing things at the same rate, speed or intensity of which you were before childbirth (the true B.C.). It is a sometimes unfair and always complex system to be involved in and most of that is due to economic circumstance, but also gender. Regardless of how many changes men muster under parenthood, female artists would certainly have a longer or tougher time in terms of child need and parental value or economy of familial work. On the other side of that coin lies a brighter fact that in reality, the males do miss the integral and very close bonding associated with the birth, breast feeding and also the change of body. That is not to say “Hey, ladies you get so much more for our bang”, but rather “As men we simply do not know the full gamut of this thing called child birthing”. So, back to the economics and the way in which at least speaking from my point of view things change.

“You will develop a 1000-yard stare for choking material and respond in movements from the future removing small toy matter or the stringy bit from a banana or an un-inflated balloon before it ever gets close enough for your child to put in their hand. You comb or rather vector the visible area in front of you like some sort of Skynet prototype.” 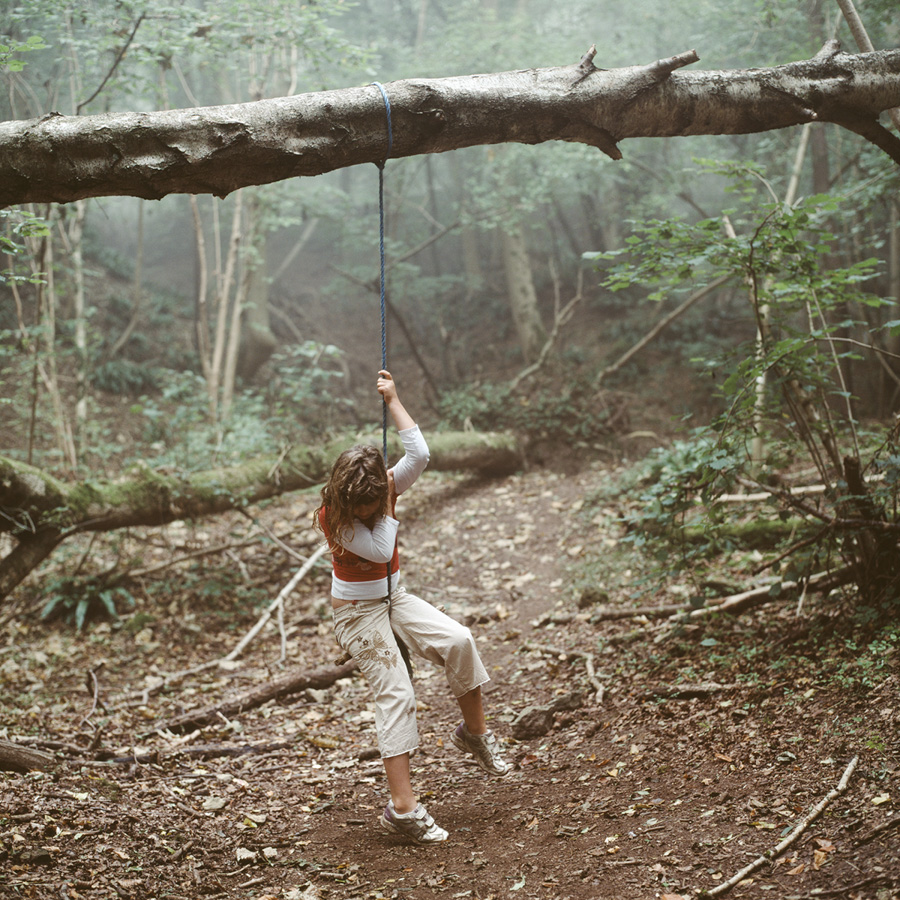 The most noticeable shift in becoming a parent in the arts is that the images or ideas that you thought was perhaps something of a grave nature or concern in your work, are found to be of less value than you thought. The spark that started the engine of your mind has become dormant of previous methodologies. That is not to say it has died. The ideas that you had-a certain vigor or an urge or yes, very much a desire has slowed. What took me by surprise was that picking up a camera again had more to say about my newly developed circumstances than I had even considered and most of that lies within the intimate world around. It is very difficult to become a parent and not try and relate this experience to others just as I am doing now. Its not about how awesome my baby is or what a little genius he or she will be, but rather how that bundle of coagulated cells that now glistens in teething drool and the most torrid of ablution stank can’t say any words and is somehow the greatest bouncing off board that I have ever had. Perhaps that has something to do with my inner monologue being bounced off somebody who cannot reason or speak back and smiles a response when deep in my rant with him. The quest for the immediate and synaptic goes into 2nd gear instead of 5th and the results can be surprising. 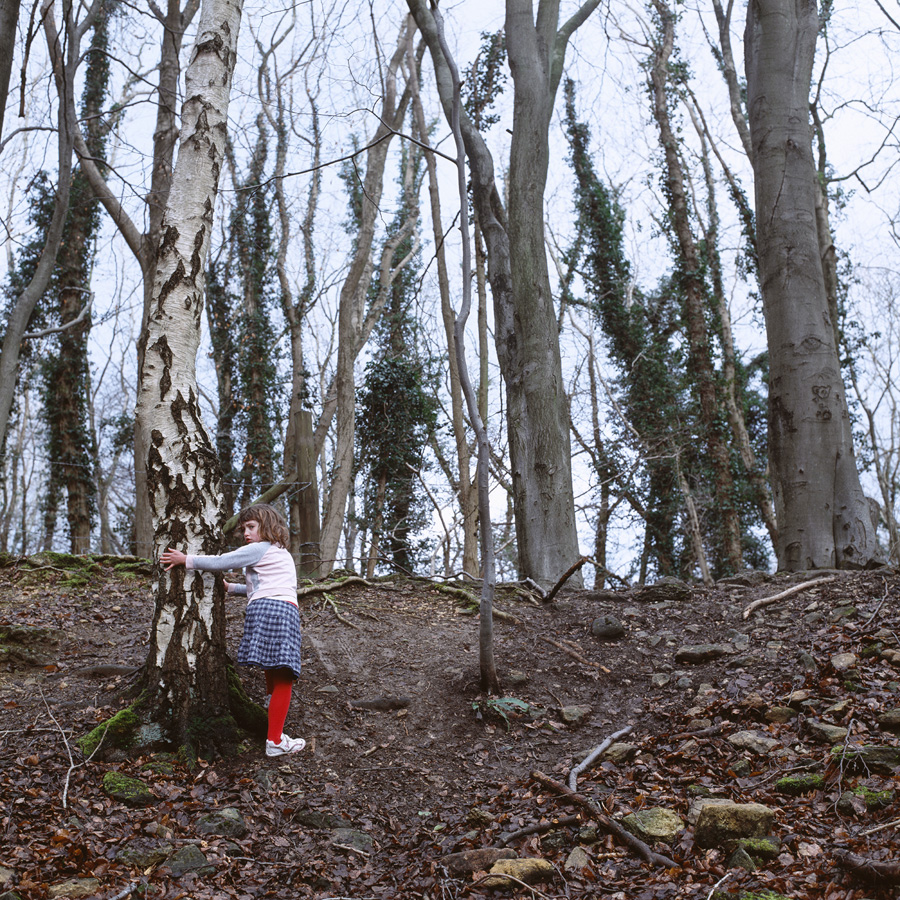 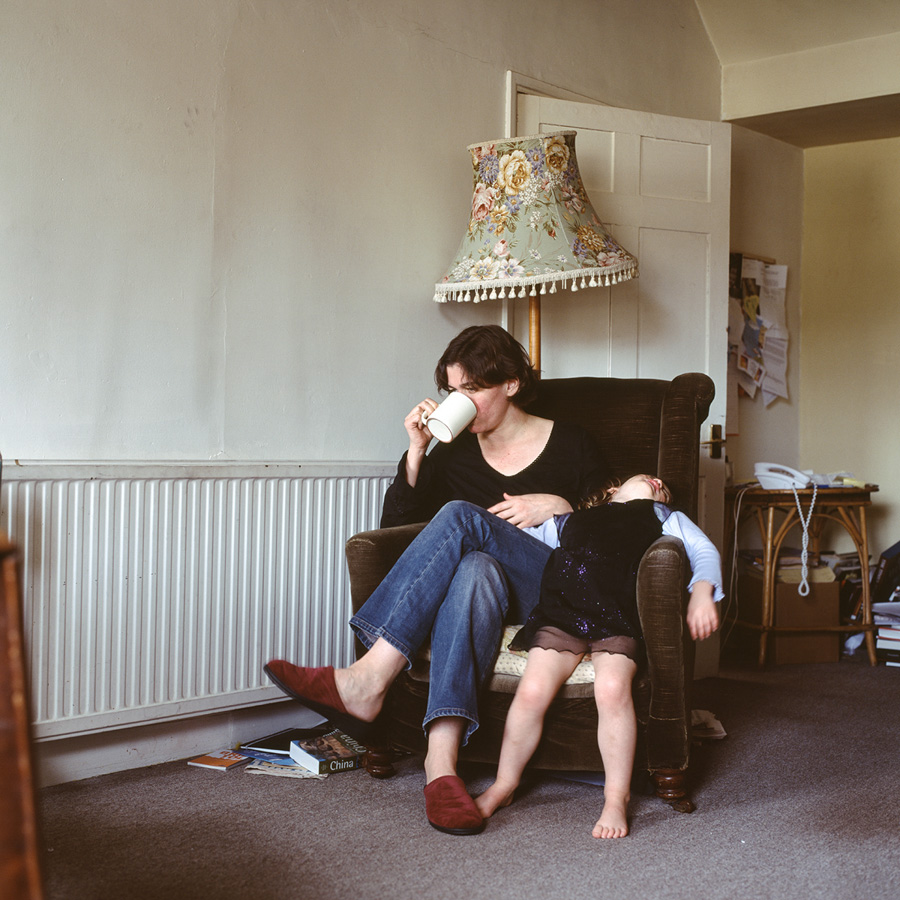 Colin Pantall’s “All Quiet on the Home Front” is a book I feel like I am living, but with a different protagonist in frame. I recognize his walks with Isabela, though I do not live in his country. I understand looking at his trees, the geological formations underneath their root structures and the places where fairly unthreatening water off the path collides with a child’s natural ability to notice it and demand inclusion within its swirling surface. I notice the last moments of summer and the oncoming spring when the energy that a child has to burn by process of growth is given ample green patch or dirt bike course to do so on as papa follows along with his broken camera never knowing if these images are his next book or simply “got some nice pics of Isabella today” totems. That cannot be foreseen until down the road when the operator has time to think again. I can imagine Colin and many a father whose life photography has claimed complicity appeasing the infernal itch to always bring a camera along just in case. Its presence oddly bulging out the trouser pocket in a weird way, replacing outdated trouser bulging from youth. It’s a different kind of priapism for fathers who have fallen within photography’s ranks once we metamorphose into fatherhood. We stumble on all disheveled like a roll of 35 mm film pulled too eagerly before it can grace the sprocket. 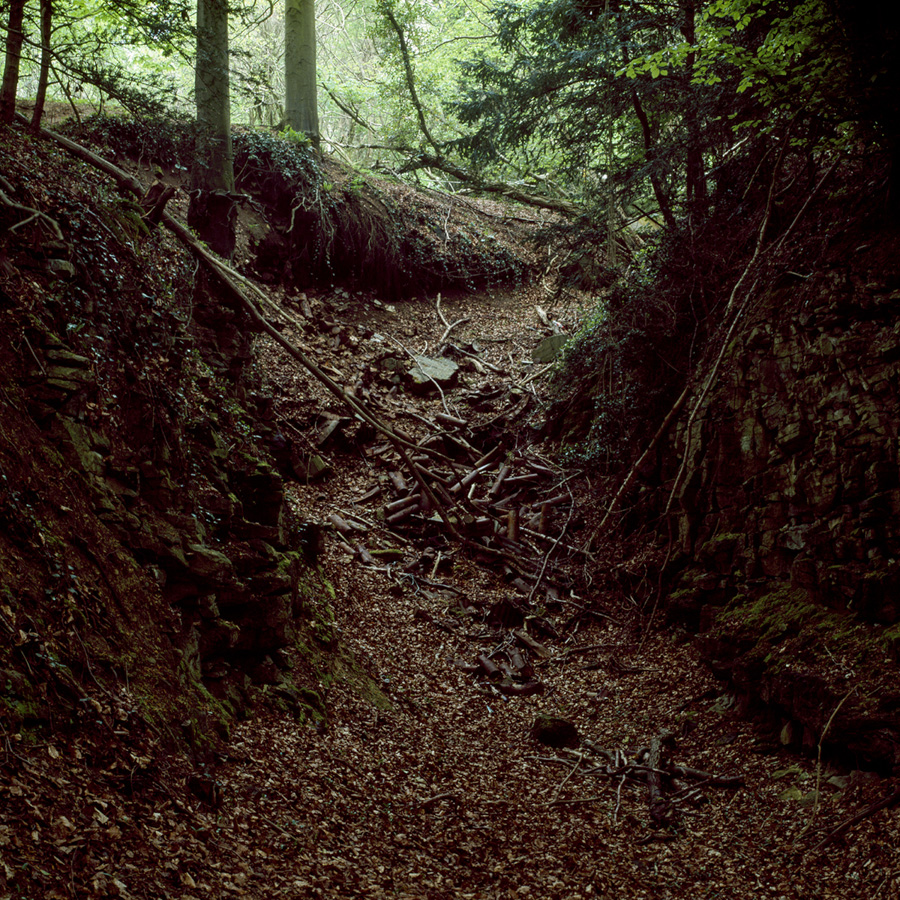 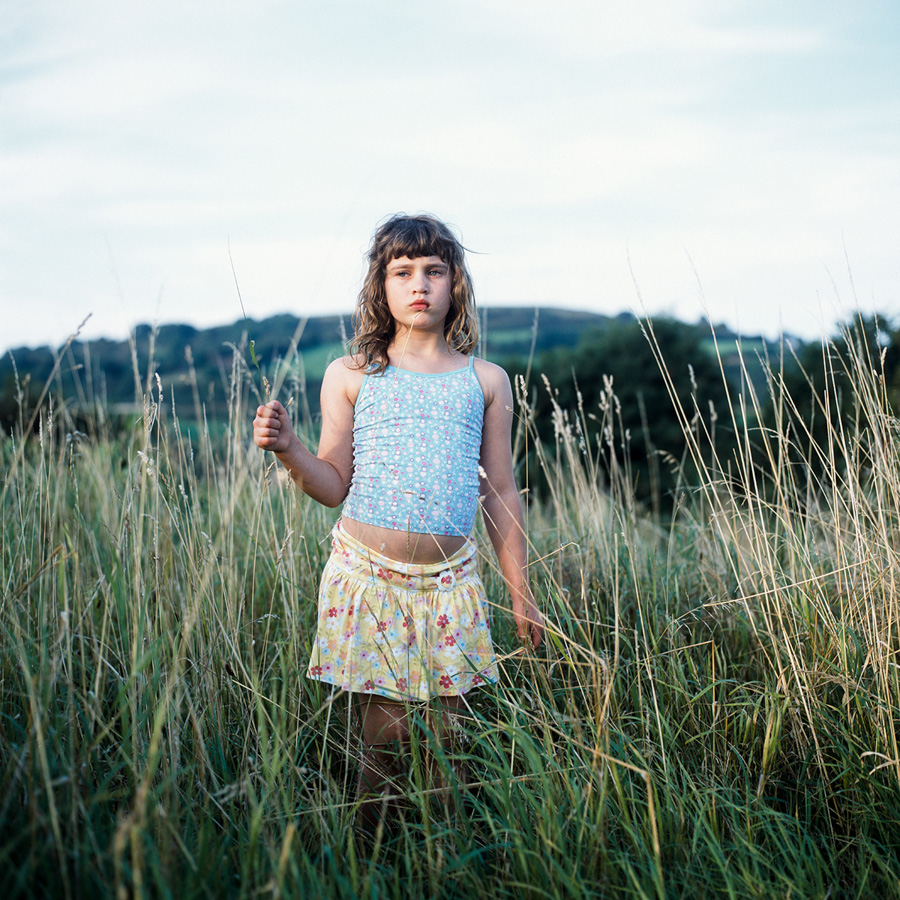 All teeming sexual innuendo or anti-sexual innuendo aside, Colin’s work is about navigating this territory of new life alongside his daughter. It’s about creating fascination and also keeping the cogs of creativity oiled and running through watching his daughter grow up and himself grow older. Photography is many terrible things, but one thing it is great for is fascination. It harnesses the possibility for playing out in a different way giving the child a look into adult possibility, while also reminding the adult what it was like to look at the world with young and/or un-jaded eyes. Pantall’s book is successful in exploring the bond between all three principals of daughter, self and camera in familiar “home” territories. The references to WWI and England’s green and pleasant land have more to do with the discourse of walking and a continuity of the English bloodline in this book than it does about War or its differing of various cruel theaters. We are left to imagine those links. There are pictures that play into that space, but they repeat the idea of home and family. It’s Pantall’s first book and I am confident of his ability, its production and knowing this premise has been created and shared by the loving hands and eyes of a good father.

All Quiet on the Home Front