“On a functional level, and trying to remove myself from the subjects involved, what “Billie” does besides pull on your emotions is to punish photography in a small way…”

The systematic observation of a loved one is enshrined by a pathos clearly delineated between the two primary parties through the observer’s need to document and this testament can only be present in supreme regard within the operating capacity in which his love or fascination with the subject can be commented on within the act of recording. A muse born. And her acceptance and return can be made clear by her musings of his requests. The radiating bounce of light between frames of moments fleeting act as a catalyst from which memory of “when we” will spring forward at a later date and the observer himself will be defined through the act of accumulating glances. These observances desire to explicitly condition the two into an entangled format in which their relationship to one another is cemented with light sensitive embraces. And thus begins the testament of love affairs that lie dormant in boxes of memories if not in celluloid.

And this was our life together. We have only this small monument by which to recollect these moments in tandem. We have these fleeting excuses in which we can be one-step removed- an exemplary tale for an intimate future shared. This is not about you, its not about us, its about her and them and our own folly of looking backwards on ourselves from a future undefined. Without knowing where it will end, we must endeavor to remember where it all started from-continents adrift in glacial time to boundaries knotted together by our coupling. Over vast terrain and even more vast bodies of water we became our own oddly pronounced wheels on a cart spinning towards a beautiful oblivion. Our love letters electronic and our permeable selves caught in the viscous shuttling of our bodies back and forth over waves avoiding traps of movements from below the surface of dark water. We are no longer simply we. We are us and us is greater than I or you and we must persist before our limbs soften and the light takes us.

“Billie” is foremost a person. A person that I have met and a “real-time” who shares her life with Ofer Wolberger; who is among other things is the operator of this fragment of their shared story. That is not to discontinue Billie’s own involvement as subject of Ofer’s love. I met both Billie and Ofer in Arles in 2013 through a mutual friend and at the time, the gravity of their shared story was just about to unfold as they were expecting their first child at the time. Time moves forward quickly and this excellent tome published by Skinnerboox was sent to me and I could not help but smile through it in fond recollection, but also in some minor moments of jealousy. The jealous nature that I comment about is that this is the sort of book that every artist involved in a committed and enduring relationship would love to produce. It speaks on the hopeful nature of love and a commitment between two individuals. That the book is produced well into the relationship is what gives one hope that they may be enlightened with more years and more books.

“Billie is a passionate declaration about time, love, coupling, endurance, but also a workbook on how to testify to something so deep that words and images can only act as a guide to the reality of the embrace” 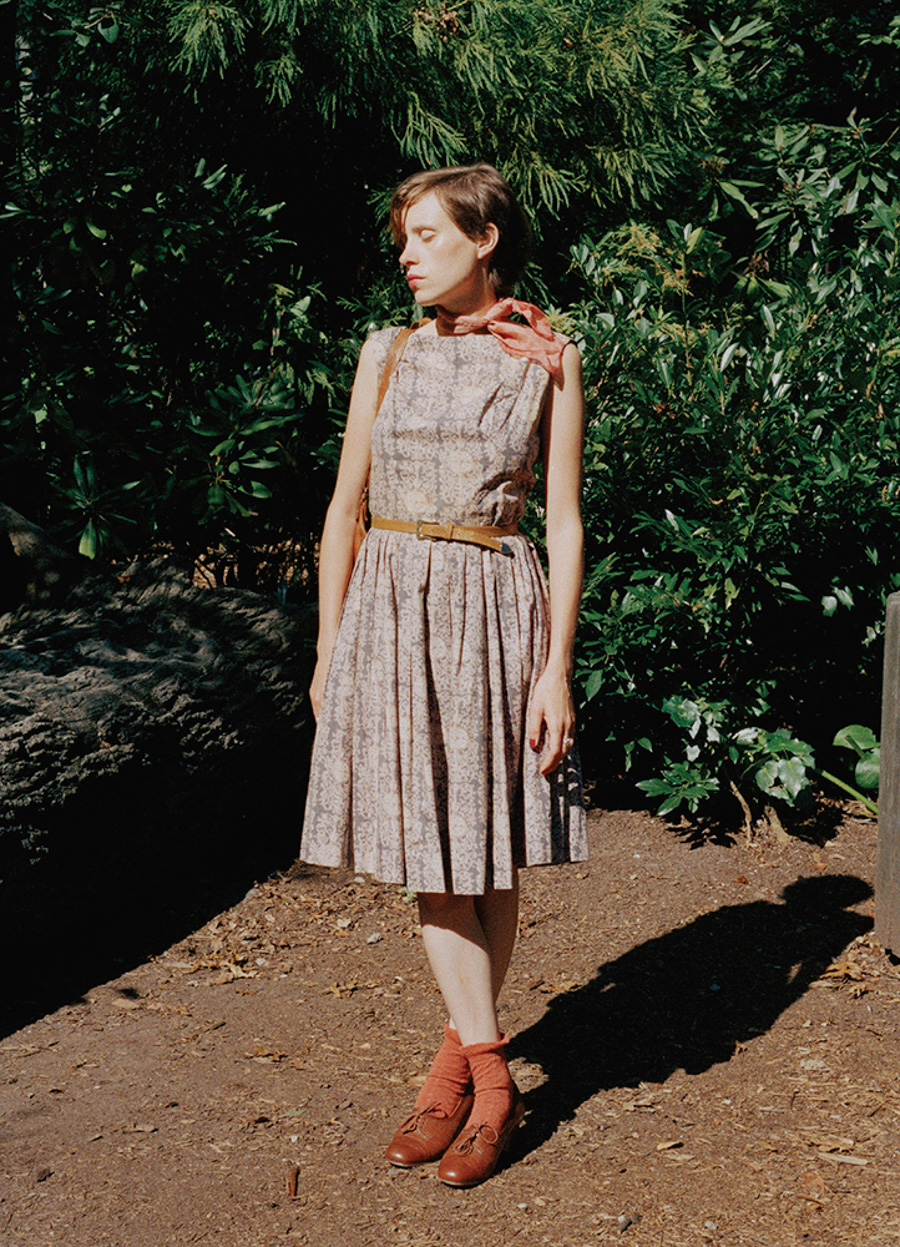 On a functional level, and trying to remove myself from the subjects involved, what “Billie” does besides pull on your emotions is to punish photography in a small way as a good number of the images within work in their magnitude to be serial and not singular. There are small movements in which the cinematic gesture of multiple frames is employed to illuminate the weight of passing time through moving memory and in doing so punctuates the momentary. This is what makes the book, in its small size a monumental act of observation. It cleaves the photographic from death by allowing it to live in time. It gives the viewer a chance to become unstuck from a single photograph and to move into the moment with the two principals. It also allows one to contemplate Ofer’s relationship to documenting his wife. This sounds perverse, but it is not. What you can feel and applaud is the way in which he is transmitting his love from behind the apparatus. In the center of the book there is text. Sometimes it reads as a Billie Biopic, but one can see the narrative playing along-several definitions by Billie of what she likes, is or is not and minor glimpses into what her background is, in particular the confounding idea of Billie as a French woman’s name. You will not escape a Michael Jackson song if you read it.

The history of the wife as muse in photography is not short. We can consider Stieglitz and O’Keeffe. We can consider Rebecca and Paul Strand (we can also consider all of them at once if you know the back story). Arthur Ollman produced a book called “The Model Wife” in 1999. And there are singular books or bodies of work along the way from Nicholas Nixon, Harry Callahan, and Emmett Gowin to lesser known artists and simply lesser books by Petter Hegre. There are of course more books or bodies of work made by men and that is something you will have to deal with…for now.

The images themselves display a high sensibility of fashion when not playing with the cinematic. Part of this is Billie’s ability to be French and thrift her way through New York pulling style from the dustbins of charity shops while Ofer browses for old books in which he can likely be seen removing their dust jackets to look for an exemplary cloth cover design underneath the chipping paper jackets. Ofer himself, by employing the use of the multiple frame cinematic “image” also careens towards the highly fashionable. The saturated use of color and the at times androgynous demure of Billie lend hugely to this aesthetic. Billie is a passionate declaration about time, love, coupling, endurance, but also a workbook on how to testify to something so deep that words and images can only act as a guide to the reality of the embrace. Another winner from Skinnerboox.