“We often associate the word haunt as being something different from that of an obsession, which is a point that I may argue on the grounds that to be in a state of being haunted implies fear, rather than that of uncanny or bittersweet cycles of stuck memory in which I think perhaps we could lend the definition.”

There is a passage in Dalton Trumbo’s “Johnny Got His Gun”, in which the armless, limbless, sightless, hearing-less protagonist, lying on a WWI hospital gurney somewhere very far from home imagines that he has a rat gnawing on the tube-fed wound in his side. He is unable to roll over to shake off the rat. He hasn’t the control of his body nor the energy to create motion, so the rat stays feeding from his torso wound until later in a more acute state, he recognizes that the rat is an apparition of his mind as it sits gnawing between sleep, memory and being awake in this catatonic embrace. He recounts several possibilities for its inclusion in his lucidity, but ultimately he discovers that the problem is not a fear of rats while in an unmoveable condition, but rather that in this state of unique condition, he is without the ability to recognize when he is awake or when he is asleep or whether the memories are new or produced in between bouts of consciousness. In this condition, Johnny is unable to mark time, nor progress, nor reality since a bomb exploded on him in the trenches. He exists in a suspended state of liminal pain cautioned only by growing moments of lucidity in which he decries that his personal goals, aside from rolling over and some minor form of communication are to work his mind so hard as to inspire a state of sleep recognizable from that of his woke state. In the fervor of these isolated mental calisthenics come vivid memories of family, of trips away, of his mother’s cooking and his father’s fishing rod. Also included are the loves of his young adult life and the friends that betrayed their loyalty in conflating the two. In this state, without the ability to register time, nor surrounding, nor voice, nor light, the protagonist slips in an out of memories and constructs for himself a point of departure for who he is living in this immobile condition, thus existing in a state in which memory, imagination and paralysis are strange, but audible bedfellows. 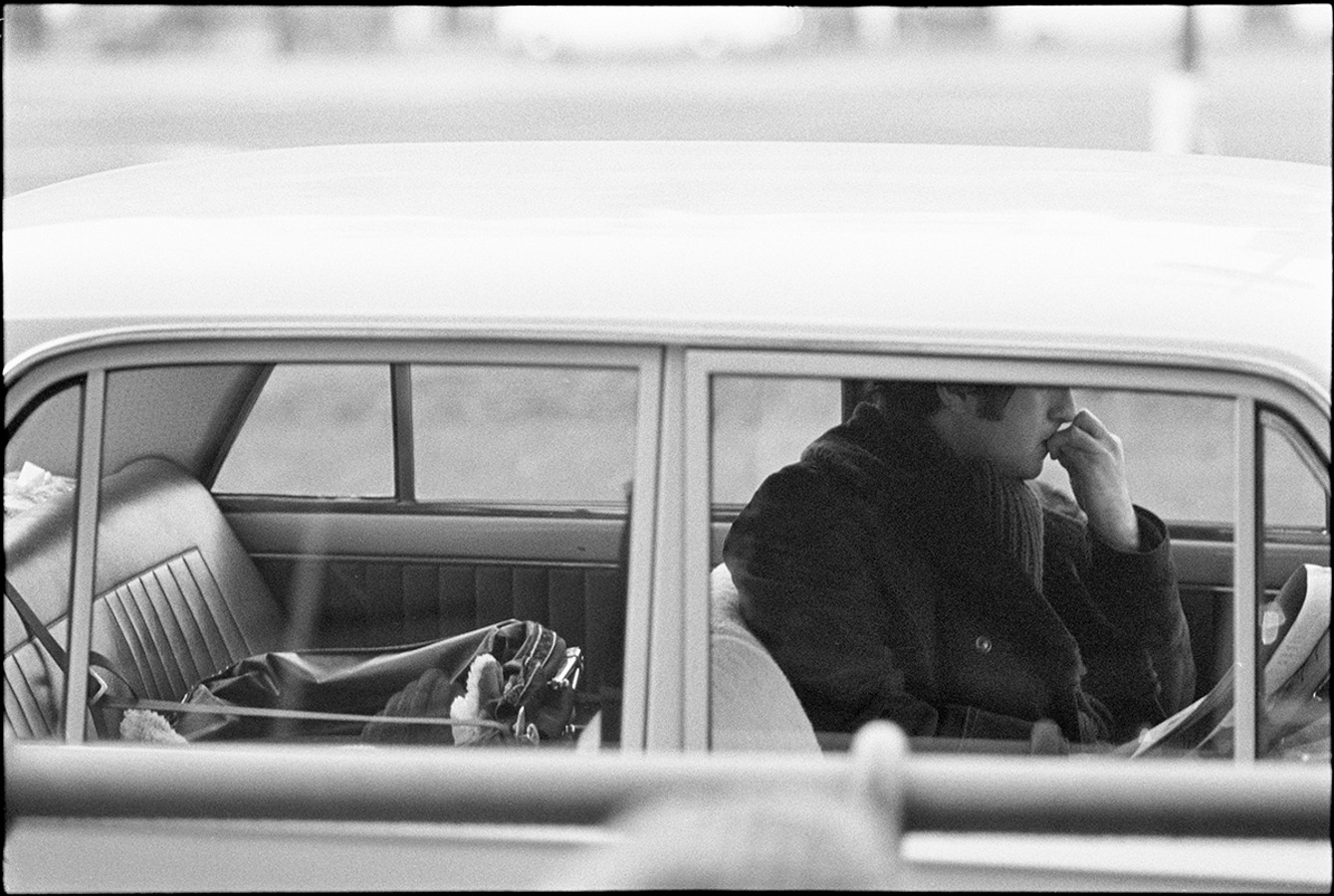 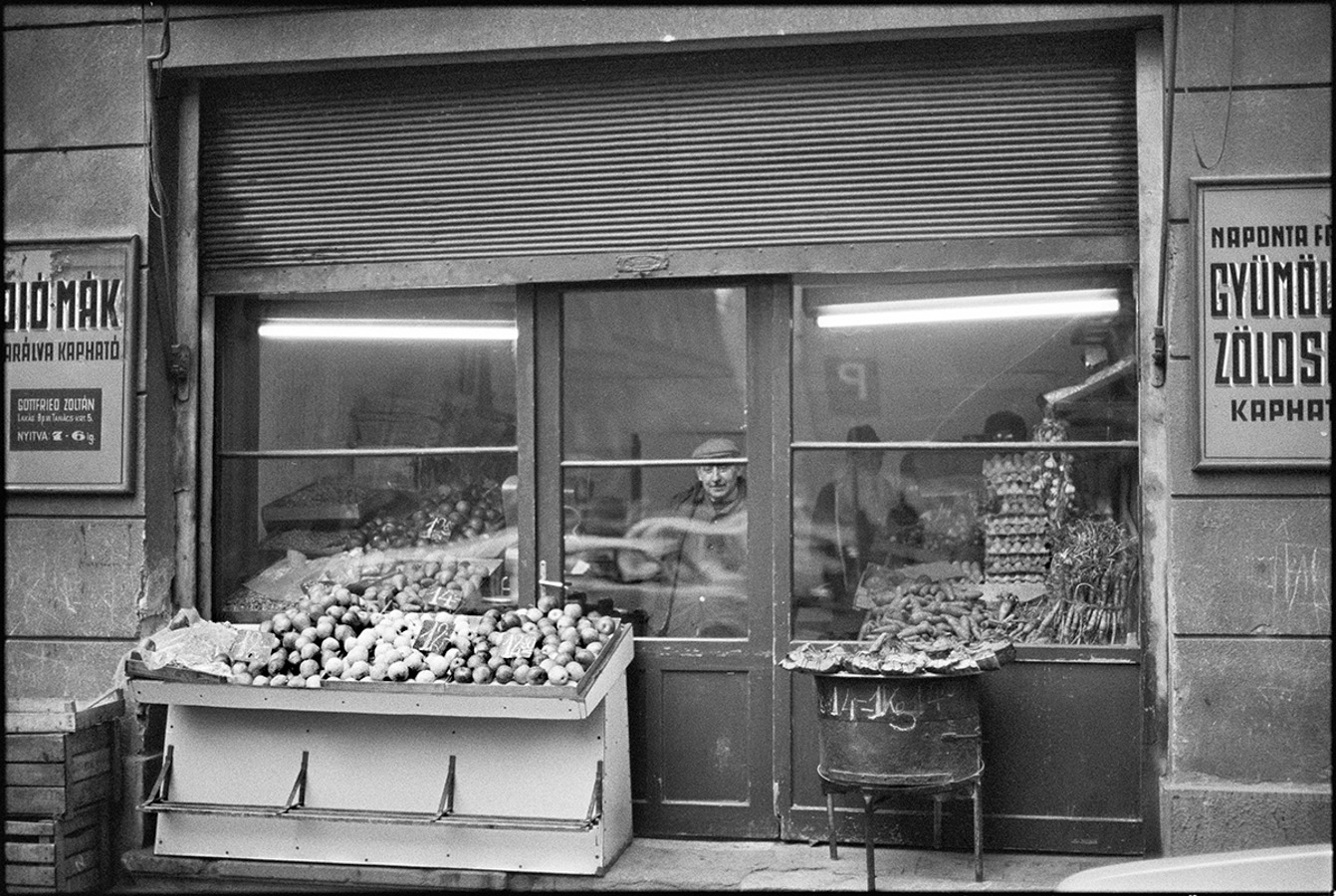 Thus, in dreams and in lucid thoughts, it is not so hard to work ourselves into a fury of sights and smells and gentle reflections of train windows across valleys and into the steel girded stations for which the journey must end. Images haunt. We often associate the word haunt as being something different from that of an obsession, which is a point that I may argue on the grounds that to be in a state of being haunted implies fear, rather than that of the merely uncanny or a regression towards bittersweet cycles of stuck (looped) memory in which we could lend the definition. To be haunted is also to ascribe a totemic affect to a vision, image, picture, sight or sound that trips the accord of déjà vu back to a point of reference which may be more or less fuzzy, but in which also the details that have resounded within the framework of the mind and are incredibly lasting if in an unfixed state congeal into sometimes differing states creating the vibrating and uncanny slipstream in the mind. They work in fragments like the way in which we remember certain scenes in movies. Certainly in film, there are scenes that are meant to punctuate, but there are also softer scenes which are deployed as a device to work in between, often times being of greater potential memory trigger than the punctuating device itself. If you have ever been held accountable to watching the whole of one Bela Tarr film, you will understand the patterns of perception for the untruncated and unpolarised structure of film in which the details are strung together throughout creating the gift of the framework. Certain elements simply bear more weight, but they are not always the “impacted” weight of forceful punctuation.

“The trajectory of memory in its successes and failures and the distance from which these punctuating images within are dissolved is an important and very difficult tool to employ post-event.” “I Will Be Wolf” by Bertien Van Manen on MACK was selected and sequenced by Stephen Gill and is an affair in which, like a smoke-induced curtain is lifted back to reveal a chipped and weathered stage where innumerable feet have danced and where floodlights and actors have dissolved in the ether of the past 40 years. Shot in 1975 on a trip to Communist Budapest, the images actually harken a nostalgia of image-making that, if I was not positive, could even extend backward to the 1930s. Perhaps this is Van Manen’s early period of emulation for the swift romanticism of Europe in the post-war decades, notably the Czech and French artists working with photography and film. The Germans were of course, still clearing the rubble from their tear ducts and reverting to a position of two sides of one long piece of brick to notice romance again until the 90’s. This book reminds me of Josef Sudek if he had landed somewhere in a French new wave film, silently plucking the leaves from every nearby rose (not the roses themselves). He could place his long yellow fingernails on each leaf with love ignoring the rose bud itself. It could be that Gill’s hand makes the work deceptive as to its cinematic potential. Having others edit the work of an implied outsider nostalgia could certainly be responsible for the poetic license of a book like I Will Be Wolf. Time and a closing in and out of eras weighs heavily in this book. That is certainly due to the location of Communist Budapest, but also because of the printing and the use of train stations, restaurants and bars, which now, being chronologically distanced from my mind, move like film through their nostalgia. The unexacting focus and use of heavy shadow also give gravitas to the shifting perception of time in this book. I doubt Van Manen herself would be able to see this book the same way that an outside audience does and for that she would be forgiven to consider my comments ostentatious. Do you see these images or do you feel them, Bertien?

The trajectory of memory in its successes and failures and the distance from which these punctuating images within are dissolved is an important and very difficult tool to employ post-event. Time passes and those bodies of work are left open to interpretation by eyes of the future. And just as the rat in the side is not the dream or fear itself, nor is the memory of your mother making preserve a punctuating event, somewhere in between lies the powerful ability to re-evaluate the potential for the gravity of understanding the past. Van Manen’s book is a movement for a time and a place of socio-economic importance that many of us can only project onto in this state. It gives the smoky café’s and busy train stations a hauntological space in which the uncanny occurs. It is not filled with unease, nor should it be. To do so would destroy the dream of nostalgia that it inhabits. Highly Recommended.

I Will Be Wolf