“The phoenix condition is a state that is induced by trauma. The person operating under its influence must find absolute zero in order to rebuild and rejuvenate their self against the grain that death provides”

“Things are always a certain way aren’t they? And one supposes that they can simultaneously never be this way again”.

“Does the machine help say goodbye and nullify an absence? Is it my absence that you find this need to solicit answers from the machine or is it your own”?

“In reality we try to situate ourselves near the wall and at last sit ourselves under or over it”.

“Beneath the rubble of our calamitous co-beginnings and endings, we shared some sweet honey-soaked times in our youth. I’d call but she has my phone and teeth”.

One can never hide from this, not even in the sweet if frigid glade and foliage of Värmland. Death, the precursor for which we arrange our entanglement to life supersedes its hold on our being by virtue of time. We look at this entanglement like cosmological maps drawn in sand longing to escape its long icy reach. In doing so, and in this catharsis, photography- the machine of which it produces these escapes, reigns supreme.

With photography, we sometimes stumble blindly towards a state that I refer to as the “phoenix condition”. The phoenix condition is a state that is induced by trauma. The person operating under its influence must find absolute zero in order to rebuild and rejuvenate their self against the grain that death provides. Without hitting the bottom, the phoenix is not given chance to rise from the flames and ash to a status of exceptionalism- an inherent struggle with self, vomited from the pit of darkness into the graceful spheres above. This condition is rarely successful. It relies heavily on a narrative of good versus evil and right versus wrong and pain transgressing into bountiful states of self-acceptance and progressive self-awareness. Its ideal is to shed the trauma from which it must ascend. “Getting better by the day”, “I went through some dark times”, “I’ve come through to the other side”. These inner monologues are a cause for concern as they seek to eschew trauma, which is inherently sewn into the fibers of their being to reach for a status of perceived equilibrium or betterment. 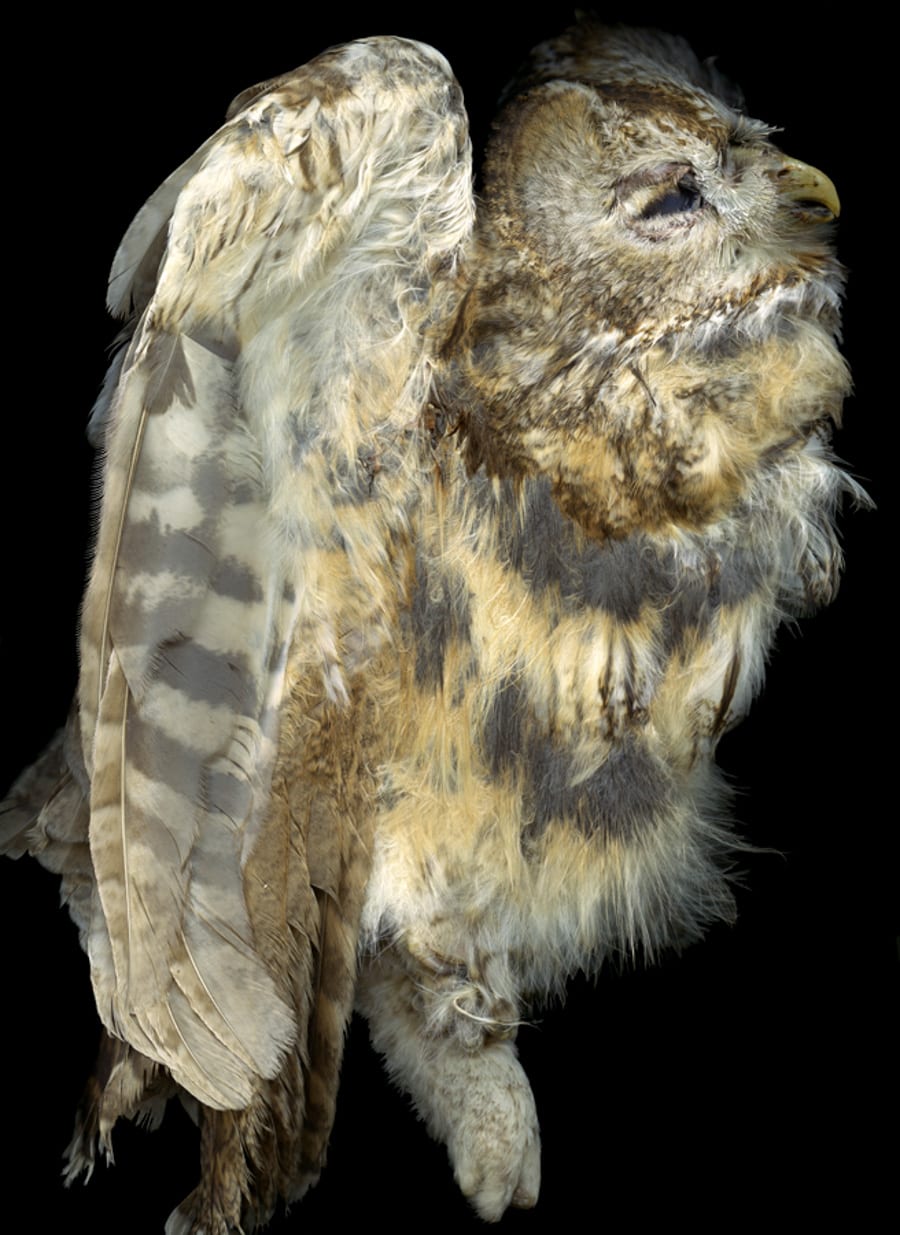 Though acceptance is not particularly deemed a denial, what it can seek to emasculate are the traces of ash and trauma embedded in the feathers of the phoenix. It is a fragile state of being, but it cannot be shed. The punctuating effect in one’s life must be absorbed, however uncomfortable and recognized that its exorcism is never going to be possible without abnegating the sincerity that the trauma enshrines. Perhaps truth, perhaps solitude, perhaps birth or a near miss with death may act as a catalyst in which the trigger of trauma becomes less accentuated by smaller movements. What is unreasonable is that the phoenix is to rise without the weight of trauma attached to it.

“The punctuating effect in one’s life must be absorbed, however uncomfortable and recognized that its exorcism is never going to be possible without abnegating the sincerity that the trauma enshrines”

Margot Wallard’s “Natten” is an diaristic body of work. The book is a weighty white tome and has winter’s skin embedded on the surface of its binding. The sections inside undulate as movements over that of simple chapters. There are images of dead animals scanned in an oblique glassy pattern in which tongues melt to the surface of the scanner glass and shards of crystalline eyes hide under lazy eyelids in which nothing stirs behind their surface. Ice forms another precarious movement in which in micro-detail, passages of intimate worlds collapse and collide, melt away from a frozen and immoveable state. On a larger level, large ice shoves adorn the pages in which the collision of two opposing and heavy slabs of frozen water compact and form large fissures from which new peaks rise. This is certainly analogous to an emotional state in which isolation, cold and frostbitten accumulations of drift and emptiness find their illustration.

Further images within the book exhibit Wallard’s body in the desolate Swedish landscape where everything stands still but her own vessel. Studies of movement, nearly frantic in pace remind one of Etienne-Jules Marey and question the implicit condition of a body gesticulating against time on the great open frontier. The obvious quality of this movement also contains an illustration of anxiety. Throughout, the body is placed in way which in nude form, seeks to pit a base emotional quality in which stripping the physical self down to its natural fiber is challenged by the domineering environment. This is about control on one hand and not being controlled on the other. Its raw and it serves the purpose with which to illustrate a vast and alarming shout at the world in which things have been taken. It is about loss and coming to terms with trauma through alienation and isolation. The whole of the ritual takes place between late autumn, through winter and finally towards spring in which new life blooms within the body. It is an analogy for which the phoenix begins to rise from the abyss.

I was given Wallard’s first book “My Brother Guillaume and Sonia” alongside of this new body of work “Natten” with a note that the books were inter-related. My Brother Guillaume and Sonia is different technical fair. It follows the complicated relationship of three participants, namely Guillaume, Sonia and Margot. The weight of Nan Goldin weighs heavy on the images. It is in style, similar. Snapshots, video frames, uncalculated crops and angles mix with a color documentary aesthetic, ear-marked by a non-academized snapshop formalism. The story, rather the text that follows is quite warm and filled with what can only be described as very French humor. Dialogue between the parties adorn the pages and it is not until the finale of the book that the trauma occurs with the loss of Guillaume proceeded shortly before by Sonia. Margot is left with the task of eulogy and loss.

This thread of loss connects the books. Natten employs a completely different use of imagery. The camera acts as a transgressive Techno-necromancy in the previous work. It was constructed after her brother’s death and the images are a way in which Wallard empathically sought to communicate her love for her brother and the devastating loss that his death provided her by way of camera and diary format. It sought to work through the pain of the document. When reading it, I feel like she had used the camera to communicate posthumously with Guillaume.

Natten is about absolving the veil of loss. It is about working through the pain, about being left alone to do so and about understanding how life must go on at the risk of self and emotional frustration. It seeks to rid the individual of turmoil and of emptiness. It works through the pain to come out on the other side. The effect is profound and the vulnerable state in which Wallard has worked, changing aesthetics and working in isolation is praise-worthy. Highly Recommended.