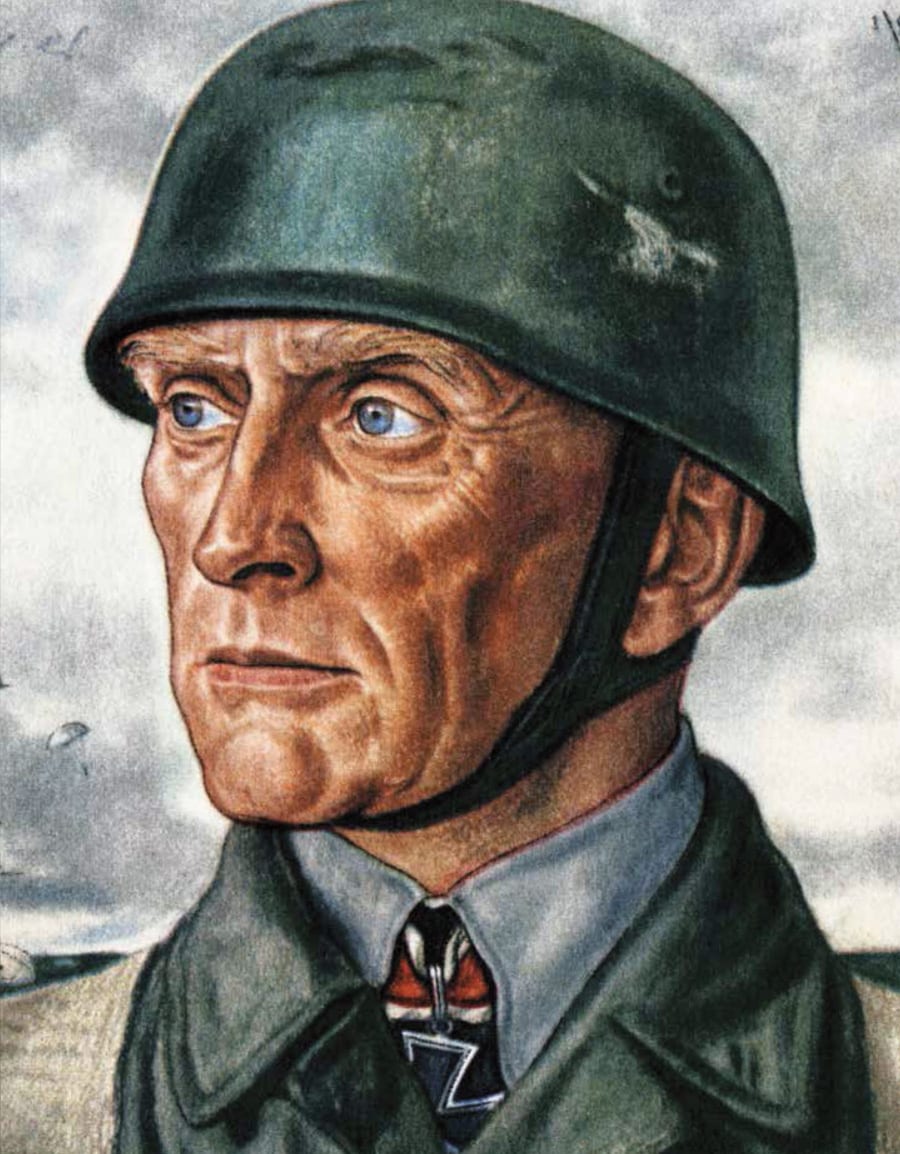 “It is also to remind people that the condition of “evil” or trauma exists only in the post-event and that we do not recognize, as Arendt mentions, the force of its implication while it is being formulated”

War of the world. World wars. Sonderkommandos and Antarctic aliens. A war waged while amped on amphetamines (Pervitin). And here, portraits of men that once labored outside of anything deemed banal to experience. To consider banality at its base as a reproduced appearance is a slight disservice. It disqualifies an observation to that of the reproduced and cyclical image instead of first hand experience. An experience with a National Socialist in a newspaper or book today is not the same as it was in person in 1939, depending on your position or geographic location.

Eichmann’s trial in Israel was by Hannah Arendt’s intimation an exposure, which conceived of his image and his way of speaking of his involvement in the war as banal and then cast this banality like a net over the whole of the experience. It lacked the precision to describe what his evil should potentially look like, but rather did focus on what it actually entailed in microscopic detail, but that was the point. So, what would be the opposite of this banality? What was an “Un-real” Nazi and what was an “Un-real” concentration camp? Shall we consider that monsters have fur and fang and that barbed wire is only twisted bits of steel, rusted to razor-edge perfection? To absolve appearances as that of banal in itself is trauma-inducing and ignores a rather nicely designed uniform.

Representation of the REAL. The REAL in the case of Piotr Uklanski’s “Real Nazis” for Edition Patrick Frey is built on a trauma imagined through historical context, and this imagined trauma does little to fill the narrative within the archive of images that Uklanski has compiled. It must be imagined. It must be placed on the image in retrospect. Only the passing of time decades past the point of traumatic inception and its images created may assimilate the condition of which the real trauma is later brought to consciousness and declared collectively. These images have been collated and contextualized for the purpose of examination post-event and importantly have not regarded per se as the capitalization of initial states of first-hand experience. It is a study, a brushstroke, a historical painting and an archive in which the pathos can only be loaded atop the images in post-event time.

These Real Nazis exist in a compendium of a long form book, with varying illustrations of paintings, photographs, printing matrixes and poster designs in which the source material is colluded as an aggregate display of history in the making by their root form towards their archival book form and in doing so, the work positions itself into something which is traumatic. The book indeed acts as a catalyst for the distribution of trauma itself. Our contemporary viewing of these images within and their extended volume and interpretations of meaning are the triggers for trauma, which again are only assumed by decades of passing time and loose associations with how we perceive their meaning throughout the history that followed their formation. We cannot consider their affect as resolute to the time in which they were made. This would be to exemplify the imagery as safe, perhaps inappropriately banal or with some amount of minor threat in the now of viewership. There are guns and there are soldiers. Perhaps there should be more SS camp officers in the mix to ratchet the levels further upwards. Where is Fritz Klein straddled amongst the dead of Bergen-Belsen? Where are Mengele and his twins? Would I see him? Would I shiver if I did? Leni, the most repugnant Nazi of them all smiling at the time of exposure, soon on her way to frighten the Nuba of Africa with her jeep and her demands is present and politely smiles towards the camera; the realest of the real evil enshrined in a façade of movie stardom. There is that one noose that evaded perfect use. Empires built of images, followed by her convenient amnesia for implicit Reich building and all that this would come to symbolize. Who can look at “Triumph of the Will” now and think that there is only a celebration of sport and body? In 1936, it may have felt that way.

In order to specifically examine the representations of trauma, the trauma itself must be conditioned as a reflexive re-examination by others who may or may not have first-hand experience with the initial event. Uklanski, by his own admission experiences a geneology of trauma through his grandfather Stefan Grzelak and his experience as a prisoner of SS-Arbeitslager, Friedrichafen, a town where I myself have lived and where the ZF Zeppelin and tank gear manufacturing factories continue to produce gears and dynamic pieces of machines on the quiet waters of the Bodensee. When Uklanski remarks about Stefan in his foreward, he has calculated but one small piece of lived trauma for that of an admonishment of self for using this material and to his direct experience of the event. That is not to be critical of him or the book. It is simply a thought that by having to directly outlay his reason for complicity and production, he accidently plays into the calibration of its problematic (to some) discourse of where and when trauma is formulated and to what degree. It is as if Uklanski simultaneously wishes to accept the burden of history through his grandfather, but also wishes in re-distribute this imagery to abnegate the complicity of shared trauma by insinuating that his grandfather’s experience permits this possibility to diminish his own risk within the economy of images due to a close first-hand experience, albeit generations apart.

Wiedergänger may have been a good name for this title. The ghosts of the past are indeed lumbering amongst us in the present and creating tensions and fears, trauma even. Uklanski also mentions this. Perhaps the idea of “Real Nazis” is also about how the term is used today, just as the term of “Fascism” is being bandied about without first-hand knowledge of the real-time and historical implications of its meaning. This would be fair. It is also to remind people that the condition of “evil” or trauma exists only in the post-event and that we do not recognize, as Arendt mentions, the force of its implication while it is being formulated. The book asks serious questions about the formation of archival material and its distribution and asks the viewer very direct and personal questions about the relevancy of meaning and collective trauma. It is brave in the sense that it can be easily attacked. I feel these questions are of greater importance in our present time as we lurch forward into perilous states of life, image and economy and by presenting this volume, Uklanski is asking us not to see the present, but to imagine the trauma of the future. It is highly recommended.