“Everything is unknown, sifted through bit by byte and re-assembled for the purpose of defining the in insalubrious possibility of chance and enforced meaning- Nothing exists, Everything exists if harvested and re-distributed credibly and with rugged vigor”

This is the arena in which super-fluid meta-narratives are found to be pre-existing in the yet-to-be-woven fabric of unknown time and historicism. Grand family adventures are enveloped by glitch and pixel. Interventions form an obtuse effigy of floral arrangements in a non-binding binary world, in which the principals of vision and experience have foregone natural world conclusions. You will not find the lavender stuffed corpse of Alexander Van Humboldt timidly reclining in the dusty corner of the room. Nor will you find Goethe masturbating onto his color wheel, churning spermazoa across the room from its rotating radial arc. You might however, just encroach upon Caspar David Friedrich guiltily cleaning the greasy fingerprints off his Ipad after a day staring out at the vastness of the brilliant blue sky near El Capitan, paralyzed by the vision in front of him in which he is positive that he has seen a discorporate hand peel a small piece of sky back to reveal an vast network of super-connectivity and flashing light. Hand trembling, all he can do is clean the device.

What frontier-ism we embark upon in the contemporary day is not dissimilar to the ante-bellum pursuit of vast terrains and the previously undefined and unconquerable lands of Western America. The empty vastness, the rugged terrain and the uncanny sense of abandonment are a maximizing parallel for the digital frontiers we embark upon today. Everything is unknown, sifted through bit by byte and re-assembled for the purpose of defining the insalubrious possibility of chance and enforced meaning- Nothing exists, Everything exists if harvested and re-distributed credibly and with rugged vigor. 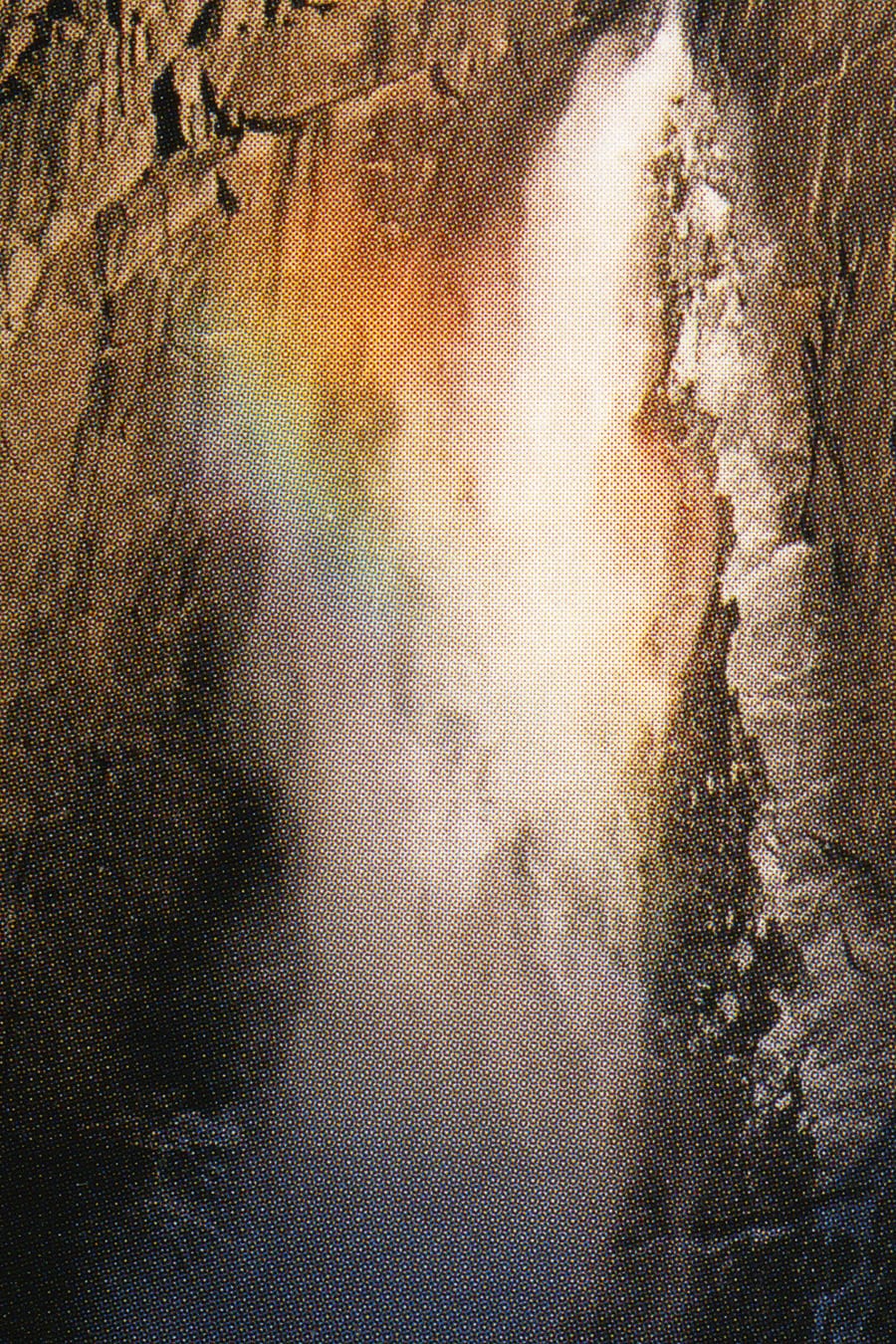 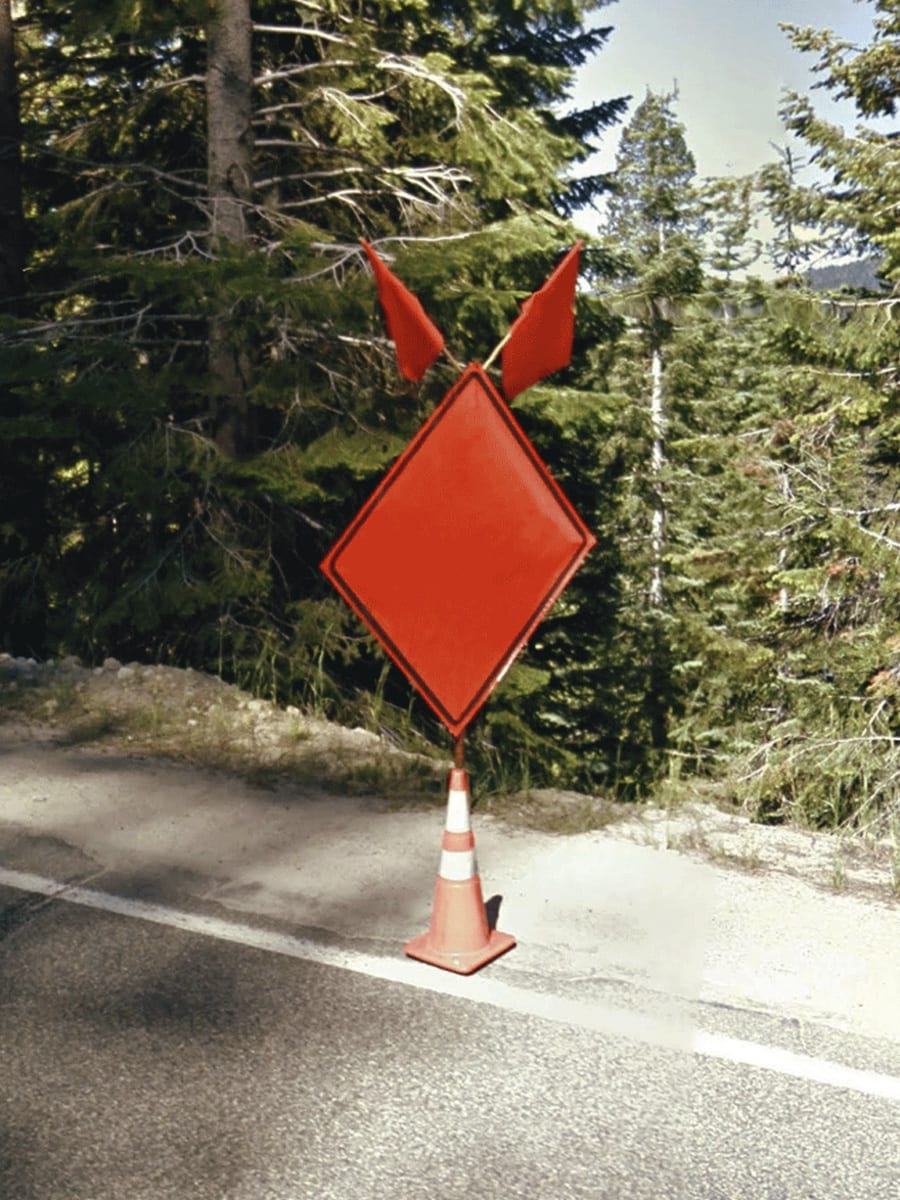 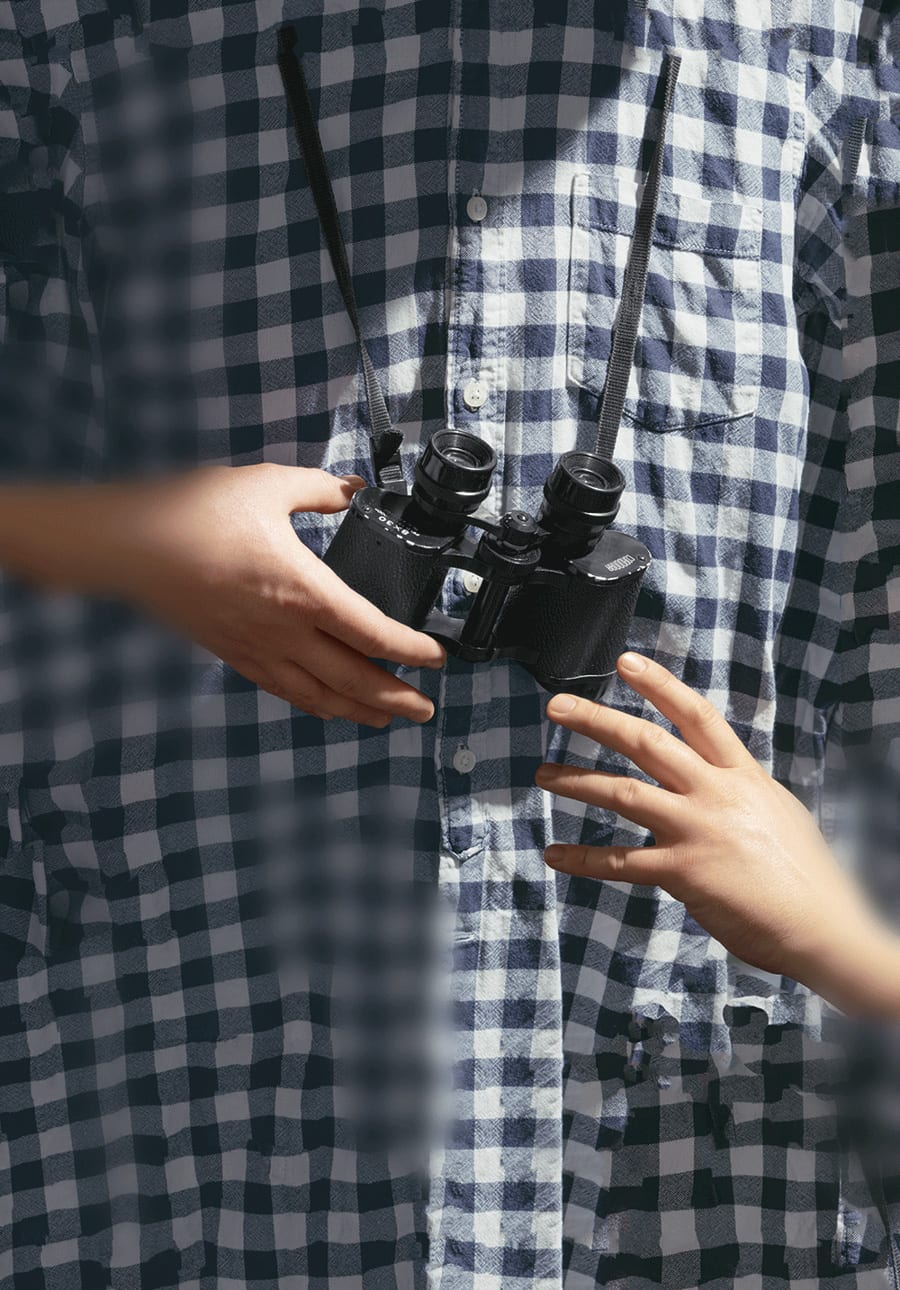 To experience the fabricating of an experience that is someone else’s perceived experience and then give this experience away to others to experience as but one possibility of an experience that never existed-this is the fluidity of the transgressive position in which the author dictates our view. It is an uncanny stare down- the rips and folds of conscious second-hand, …wait…perhaps, third or fourth-hand and are a stand in for comfort of an acknowledged collation of images that had “existed” in some way believed to be previously created or amassed by the author. It is this paradox of relaying (non) meaning through false narratives in which we recognize the possibility for a chance dissemination of information as backwardly signified and in doing so enable it’s inverse-it’s meaningfulness collapses and becomes an un-fixed behavior at best, nothing more. No matter the glitch, the inconvenient distension of pixel or algorithm, it is an endeavor given to solipsism and relativism, and it is to be determined by loosely informed associations and the will to believe the collation of such images in a book will have a linearity of reason forming from the associations within. I want to believe. Do you want to believe?

“You might however, just encroach upon Caspar David Friedrich guiltily cleaning the greasy fingerprints off his Ipad after a day staring out at the vastness of the brilliant blue sky near El Capitan”

It is also something parasitic. Not that the author is a parasite, nor that the viewer is a parasite, but perhaps that technology and sensation are parasitic forms that we must employ to stretch our curiosity and to meander into those abraded streams of consciousness where narrative is unnecessarily compacted, then extracted like a useless molar rebelling against technology’s ever-increasing weight of jaw. 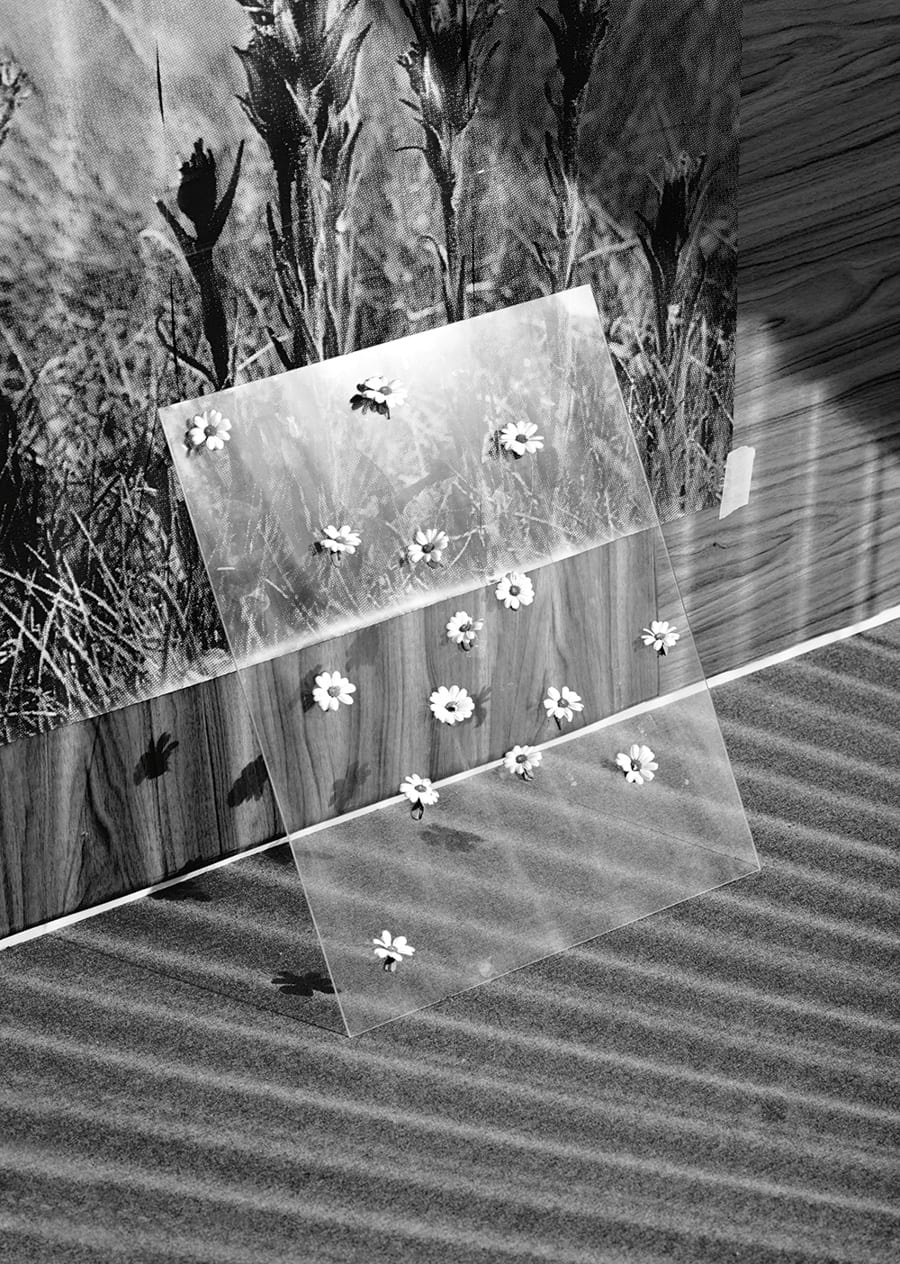 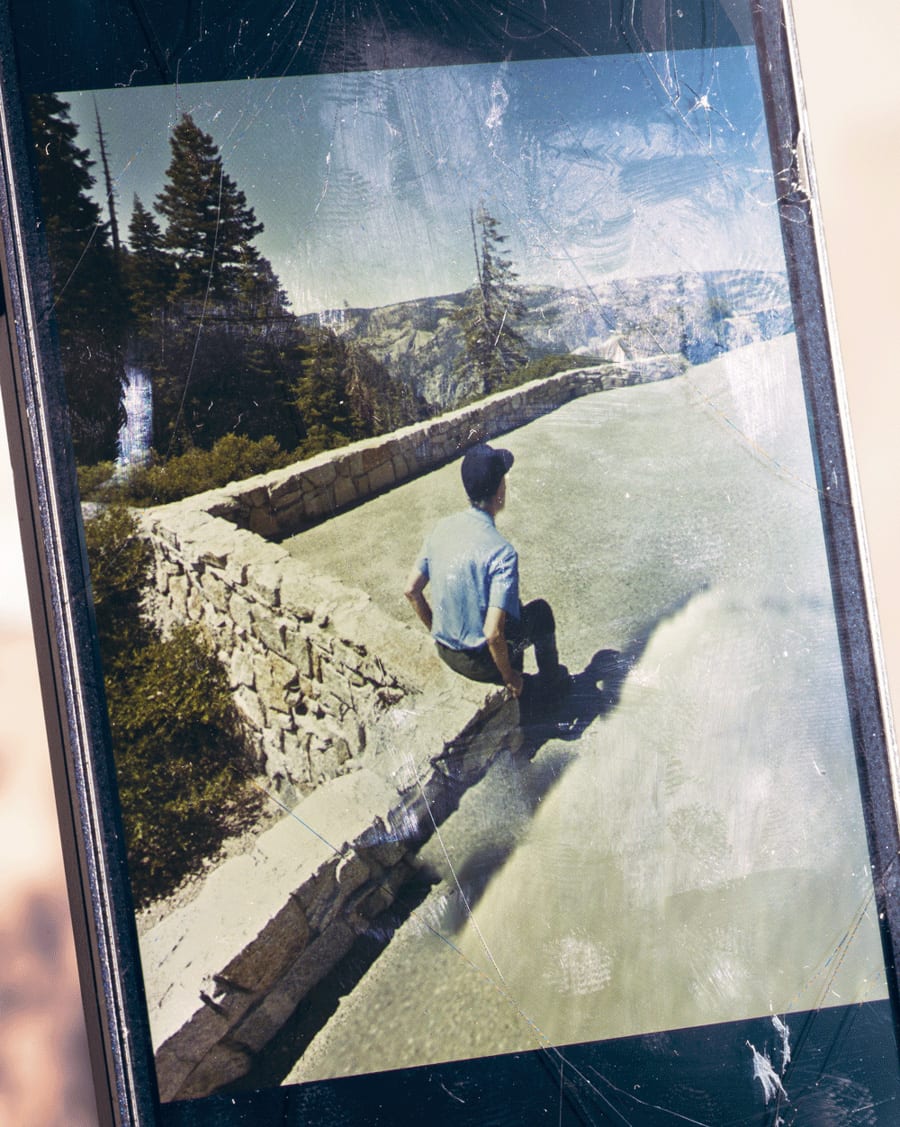 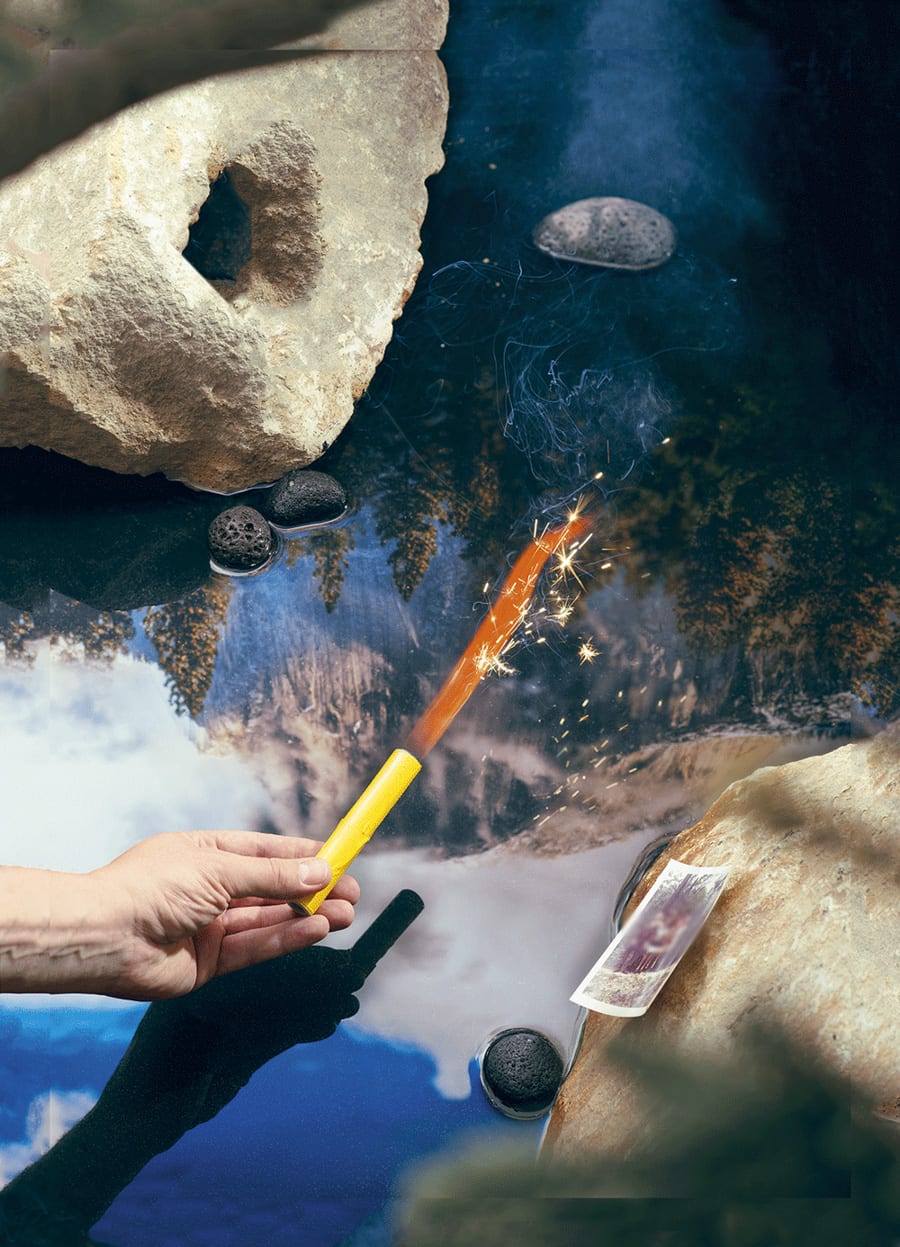 “General View” by Thomas Albdorf, published on Skinnerboox has quite a few acknowledged layers and exists in the wave of work that is employing new media technologies such as Google earth and appropriated Internet imagery combined with images that the artist produces himself. What differentiates Albdorf’s General View from many of these projects is that it is cohesive in narrative terms, though things are not as they seem. It is difficult to spot the images that are certainly not made by the photographer. One may rationalize that the borrowed images are recognized via their digital noise or blur, but it is impossible to be certain, just as it is equally uncertain that the cans of Coca-Cola have been photographed first person. The play with digital noise, blur or the “poor image”(Hito Steyerl) and the absence of conceivable “straight” truths are what makes the work beguiling.

The images inside the book are to be read as a fictitious narrative involving a trip to Yosemite National Park. The images are abstracted into an unusual language-road signs become sculptures and sculptures-plates of glass pressing ALPINE flowers are unusual arrangements within that are explained via titles such as “Dad and Me made Some “Art Installation” LOL while Taking a Break from Hiking (Nice View Tho)”, which are again, subsumed with the language of social media and technology of the now. 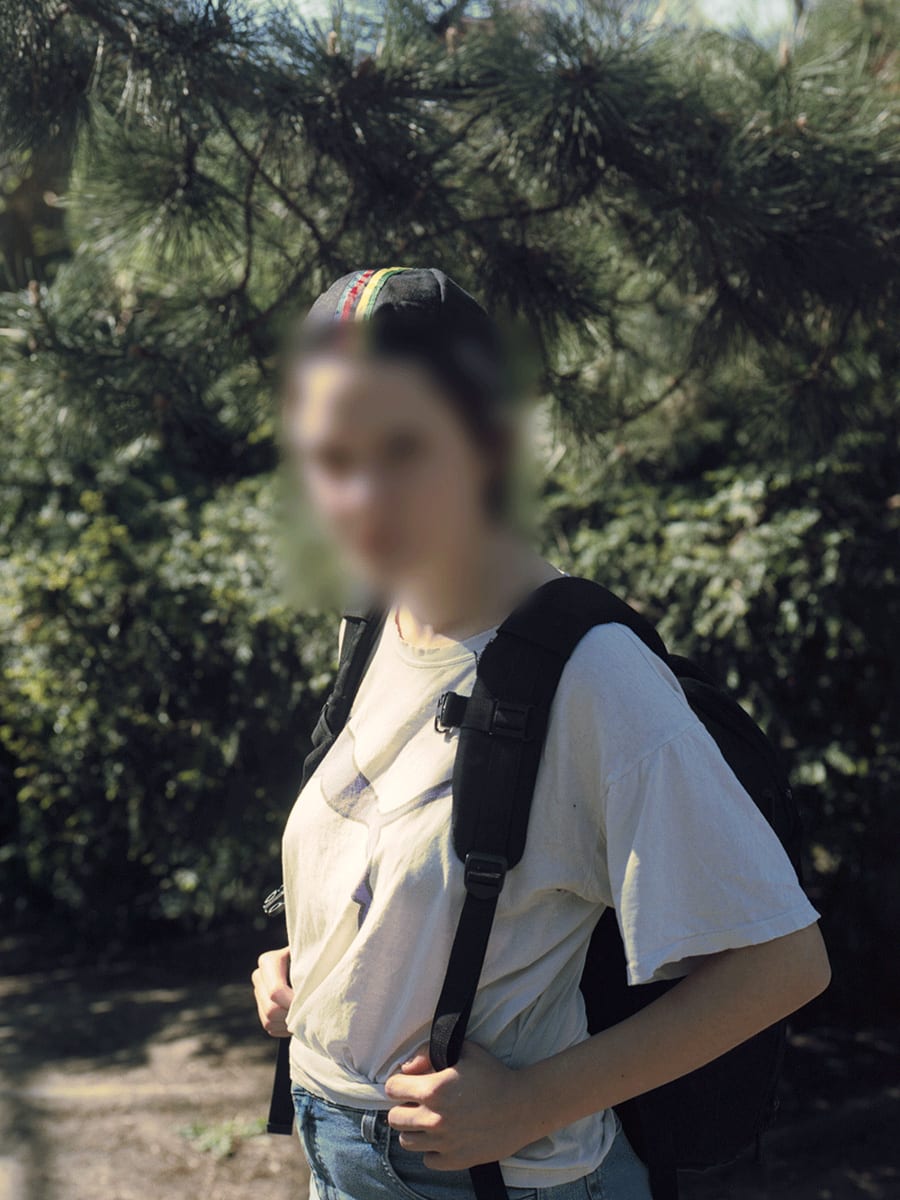 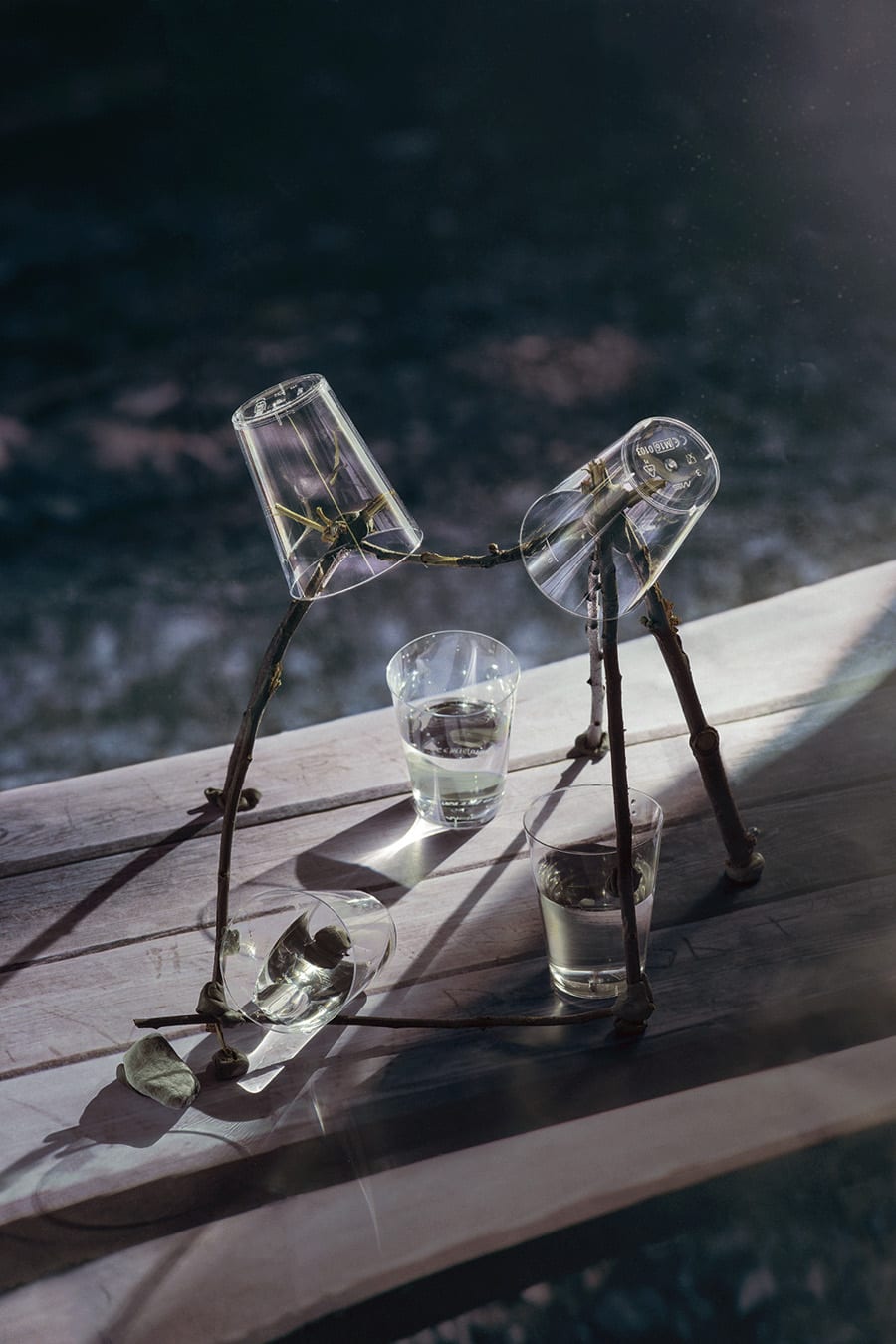 The work reminds me a bit of Joshua Citarella and Brad Troemel’s imagery in some way, but that is a simple reduction to its potential status as “post-Internet”- a term I still find irritating, but it does make some sense with the images, the technology used and the arrangements of language that Albdorf engages with. What I certainly prefer in Albdorf’s work is its subtlety-one is never sure where the image was made, where it’s borrowed function initially was-once utilitarian or that of conceptual artistic practice or authorship. There is also humor involved, again from the words, which he co-ordinates and the images supplied to bolster the imposed narrative. It is not meant to be overly serious, nor is it meant to completely challenge the viewers grip on reality in the tired flotsam and jetsam of image profundity in the 21st century. It is not scared, broadcasting grave concern, nor hammering home a delusional technophobia. Perhaps the most pertinent image is of a crushed Coors beer can with spray paint text that reads “I was Here”, which is the one image that unlocks the book in its entirety. “Were you here”? “Where exactly is here” ? and, “Who is “I”? But the likelihoods are “Possibly”, “This book in my mind”, and “Me, THE mine”. It’s a great volume and refreshing not just for the conceptual concerns, but also that it refuses to play the game of over-arching seriousness, which makes so much PRODUCT these days, so God damn unappealing. YUGELY RECOMMENDED. 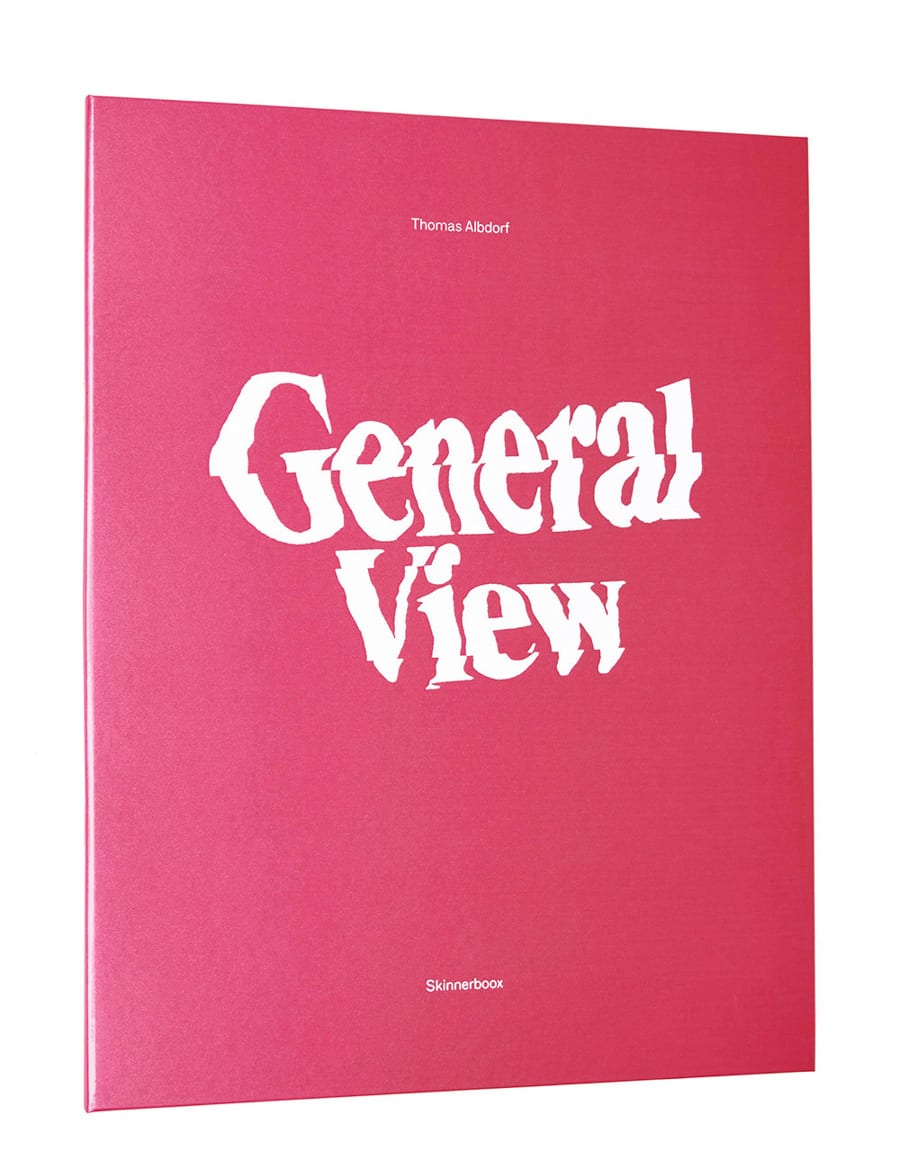