“Layer upon layer of plastic façade peel back from God’s land. Water’s are still cool, but in the heartland the children can no longer drink from their pools and the grand majestic beasts have “migrated” to industrial farming centers to be processed in beautiful organic packages”

From the dust bowl to the wet crumpled folds molding under splintering details of homes in which the wood taken from strong trees have given up under the recourse of affluence and the potential of status quo in progressive dreams and instead lie recalcitrant and strained under the inability to lovingly furnish more attraction in their details from such a great distance away from the glittering glass and steel of overpopulated urban capitals.

Here, migration and financial capital have pulled out and preened the citizens towards epicenters of commerce, wealth, or the new status quo of getting by elsewhere when the Heartland’s slow methodic aortic pump strains harder as thinning blood passes through its coagulated arteries. The arterial veins that spread through the corpus have turned blue and dry rot has set into the limbs unable to fulfill a familiar function. 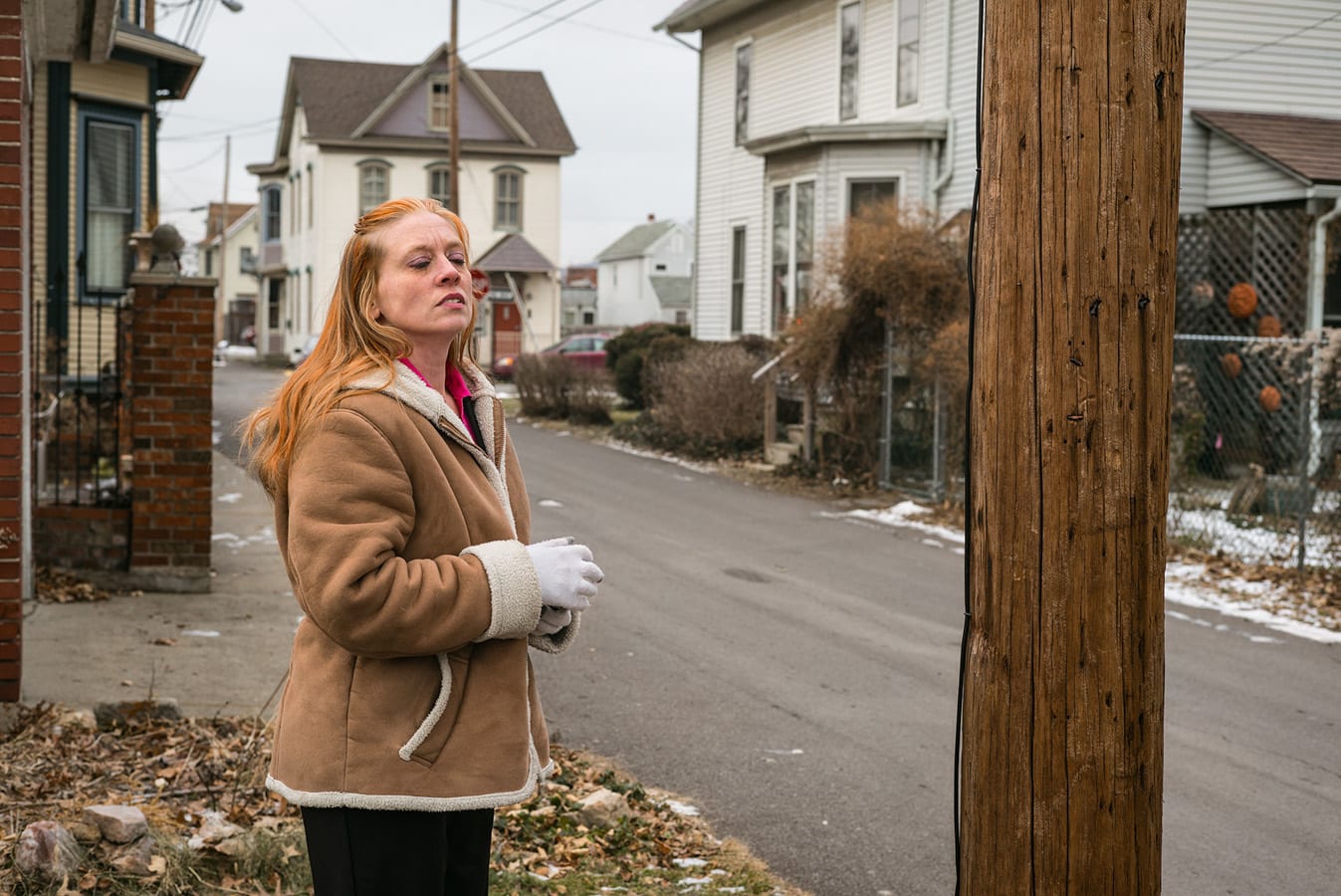 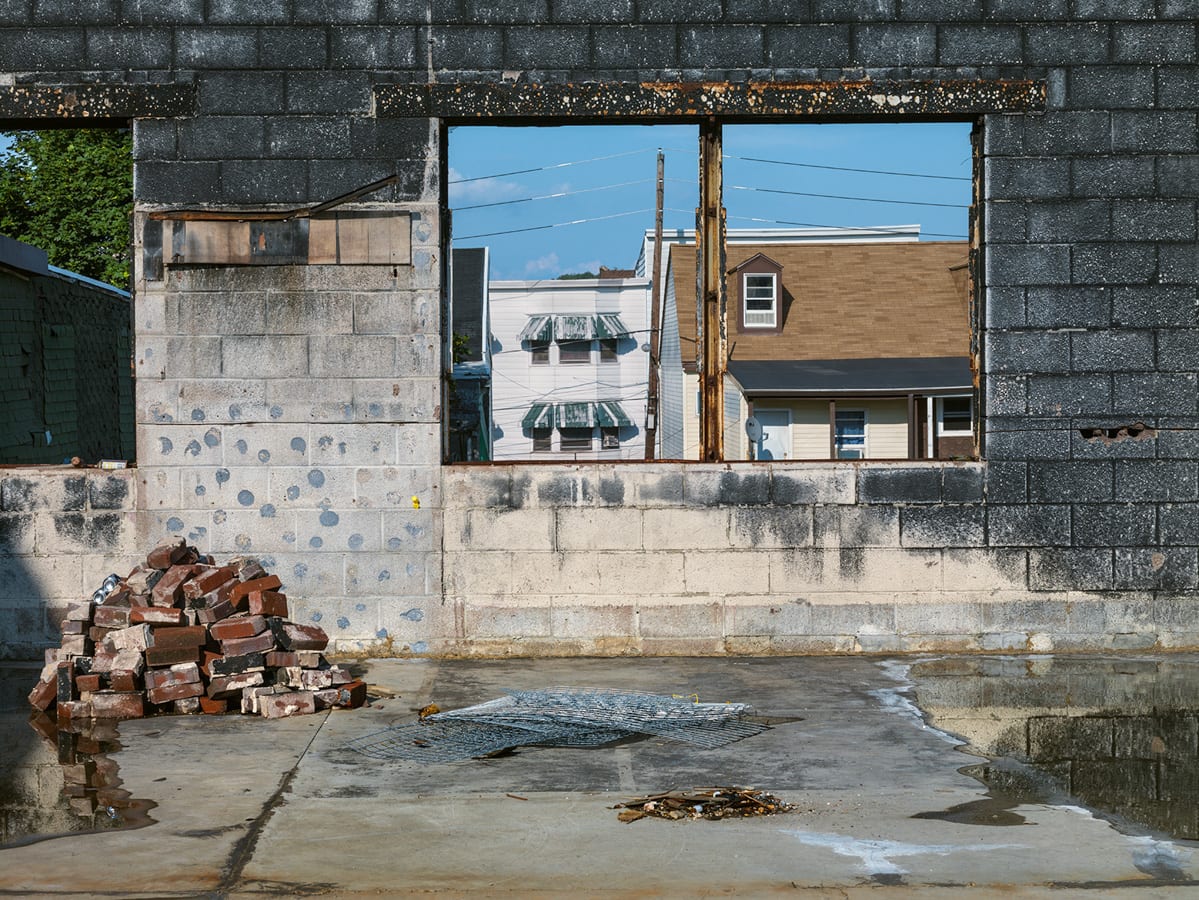 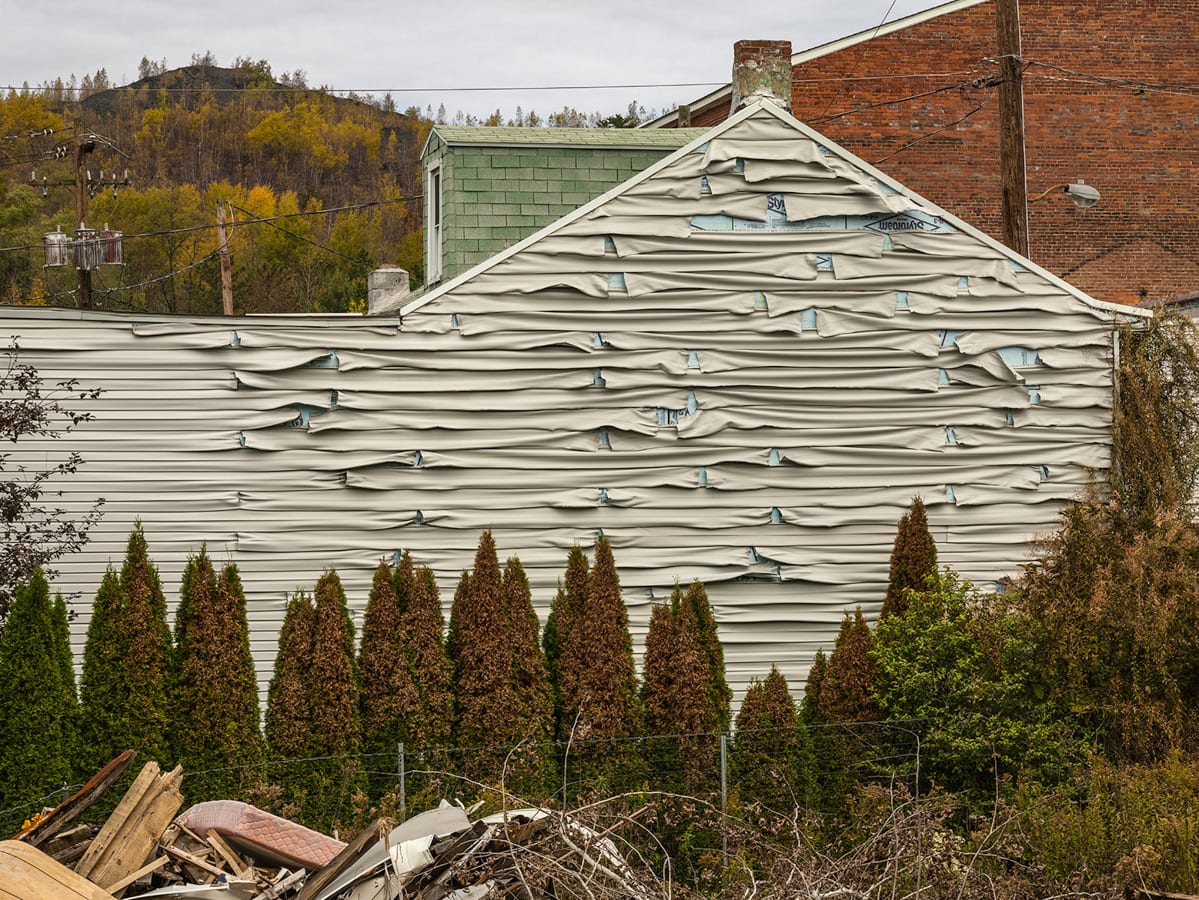 Swimming pools lie barren and collecting algae before the driving snow of winter’s embrace and the cracks-oh the cracks do widen as the veneer chips away giving way to the decompression of will once spent on the majority.

These are somber marches through the detritus and the horror of contemplating decline at the tattered edges of the interior of empirical decline. Layer upon layer of plastic façade peel back from God’s land. Water’s are still cool, but in the heartland the children can no longer drink from their pools and the grand majestic beasts have “migrated” to industrial farming centers to be processed in beautiful organic packages, sold to the affluent who believe their contents to be nutritional and kind. Wrapped in plastics, labeled in tins that corrode and crust in short time, every mouthful is an effort to convince that things are as they should be in the future that is now, from the future that was then. Homes crumble under their own weight. Homes were once built three stories high, but crumble now with a center untenable outside of looking like an imploded wedding cake or a sinkhole. Perhaps this is why people dearly want the earth to be flat. Brazen miscalculations anticipating the widening chasm within shout or perhaps wheeze from beneath the burial shroud.

FREE HUGS from the opioid den.

Justin Kimball’s “Elegy” on Radius Books is stark. It is a contemplative look at America’s decline. Last year, I had anticipated a slough of books coming that would address the state of American decline. The works forthcoming I had imagined would look and feel somewhat like if Minor White or Aaron Siskind had taken root in the midst of the current opioid epidemic seizing North America at the moment coupled with the decline of the country’s dismal, tweet by tweet collapse of any sort of legitimate contingency of global influence. 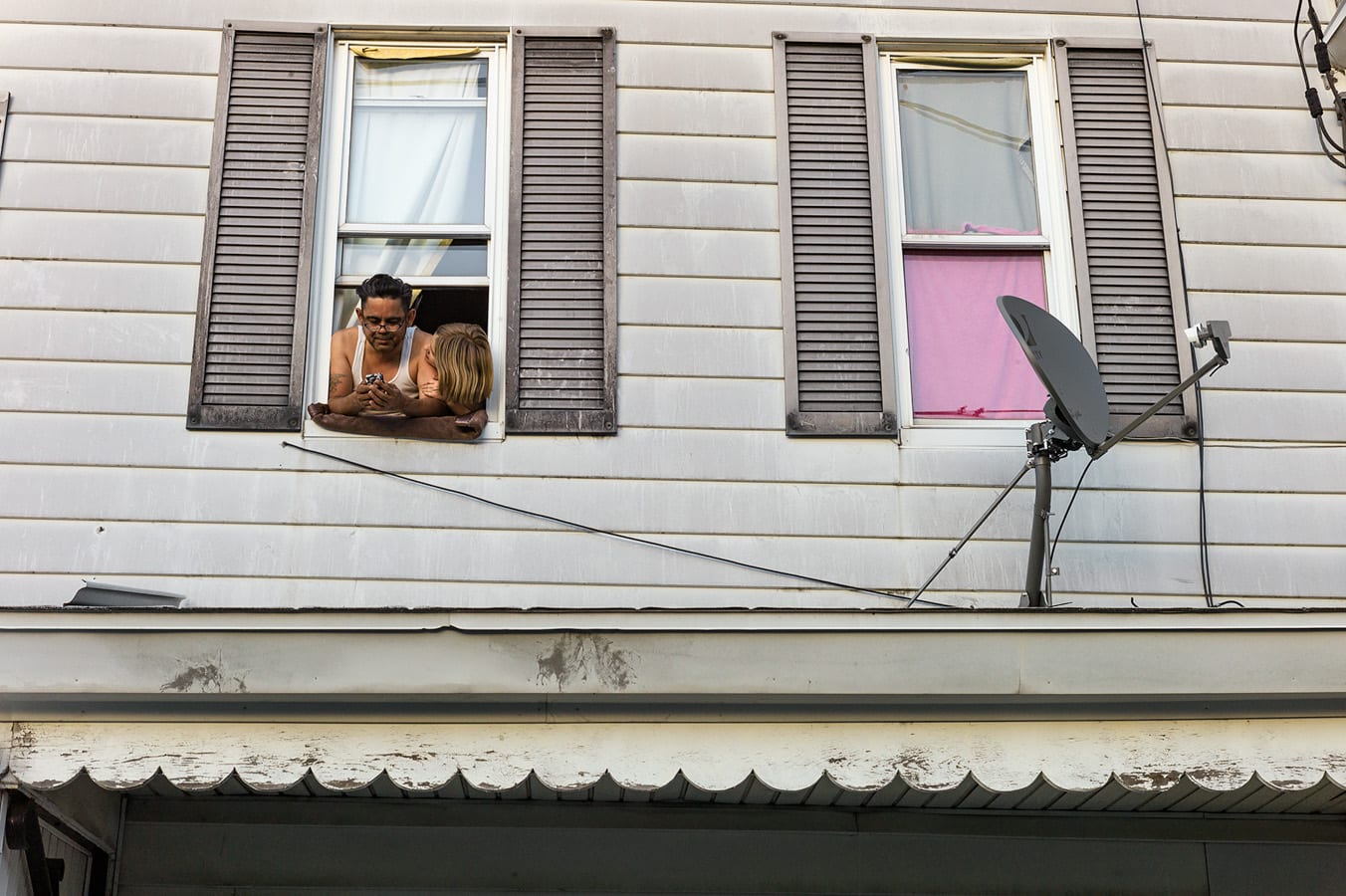 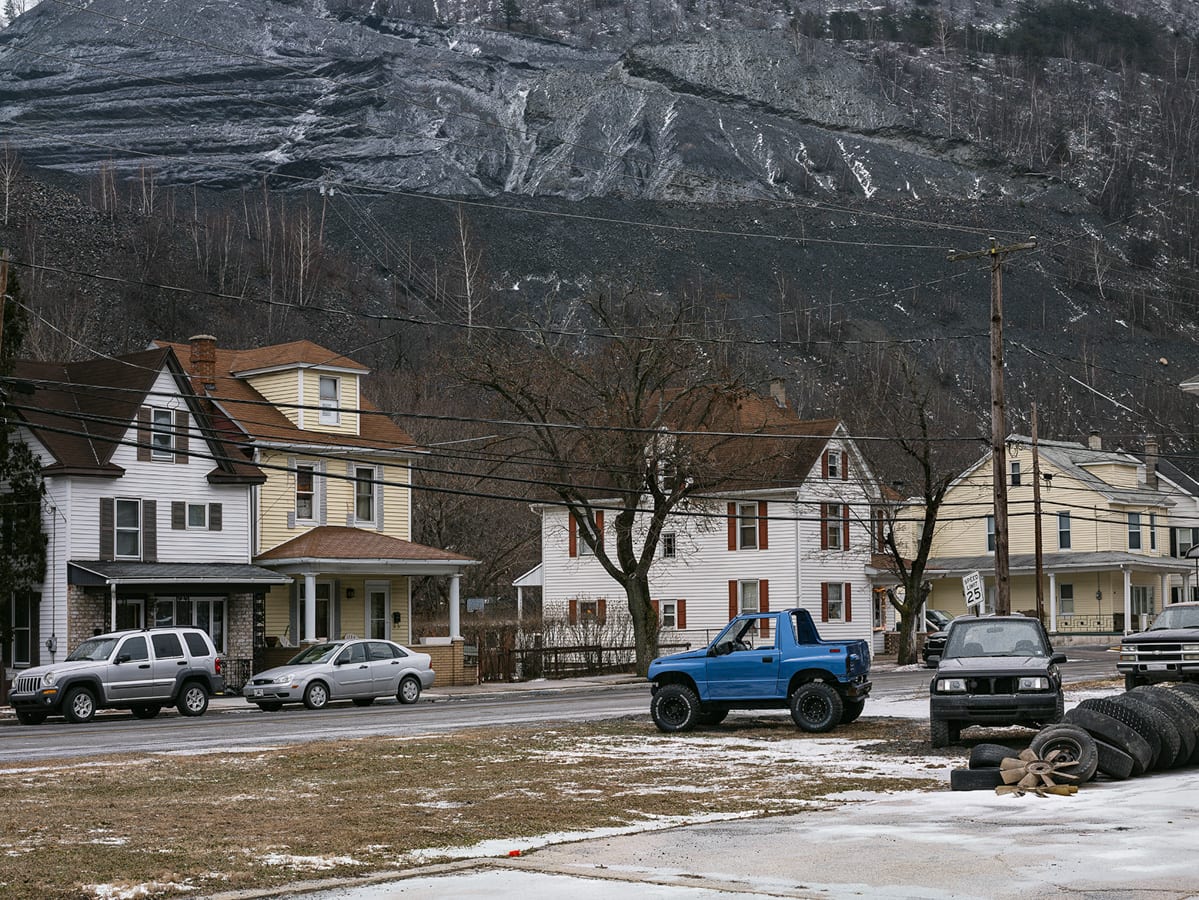 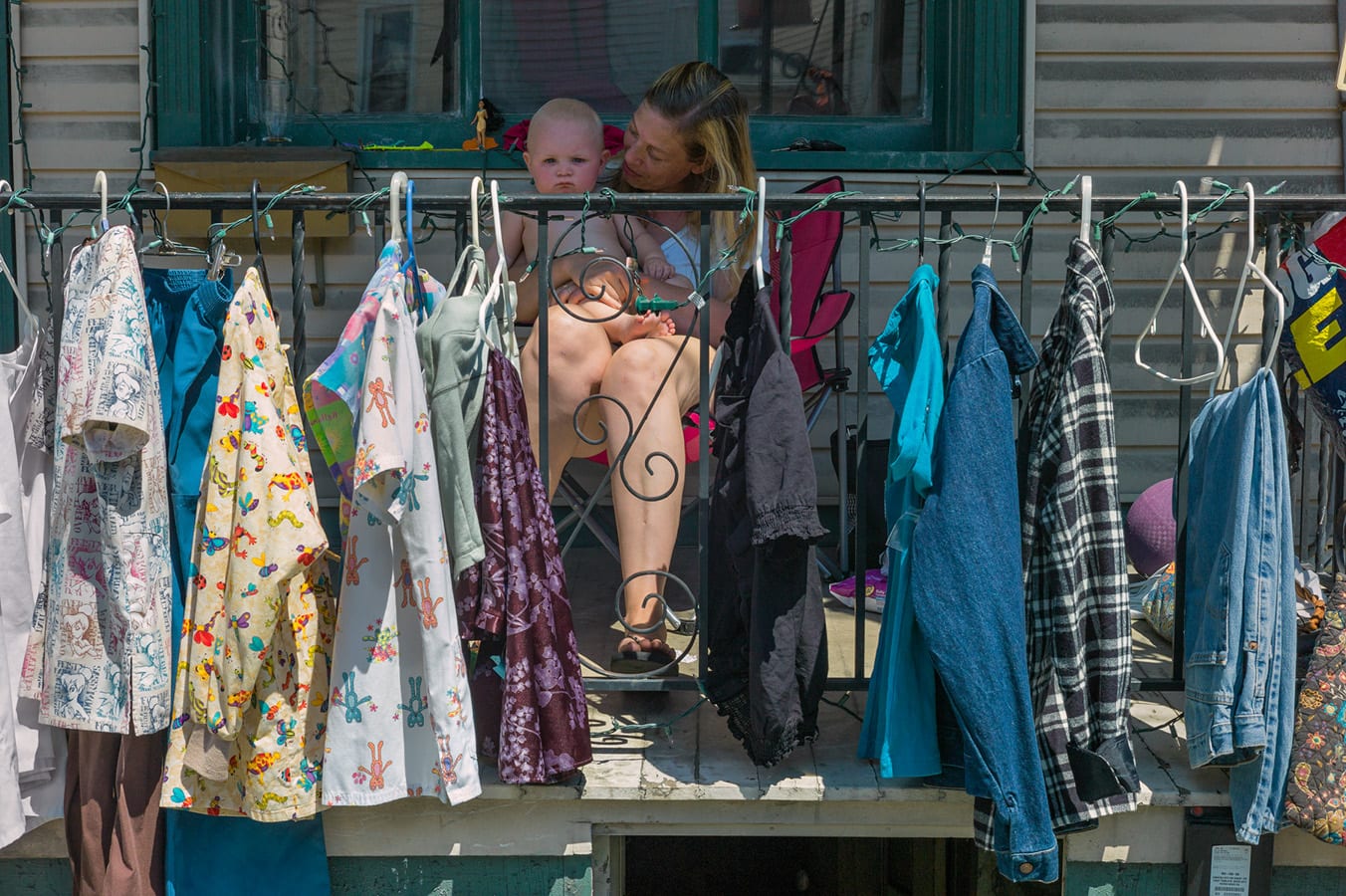 “FREE HUGS from the opioid den”

The material in this book is complied by a photographer with a “concerned eye”. It is rigorously empathetic to the conditions surrounding not only inhabitants, but also architecture, environment and the veneer of a country’s interior. Infrastructure, domicile and culture all seem to be at a crossroads. I grew up in the Midwest. I can’t help but feeling this terra is familiar to me. It could be anywhere though from Pennsylvania to Wisconsin aboard a piss smelling greyhound bus with origins in upstate New York, riding down to the trenches of Alabama and possibly further west towards the outskirts of Denver. These locations are everywhere in America. The collapse of the interior town, the Main Street-the pride of a community are given way to what is unseen here-the banking centers, the Wal-Mart just out of town, but within a petrol consuming drive, compounding obvious issues. 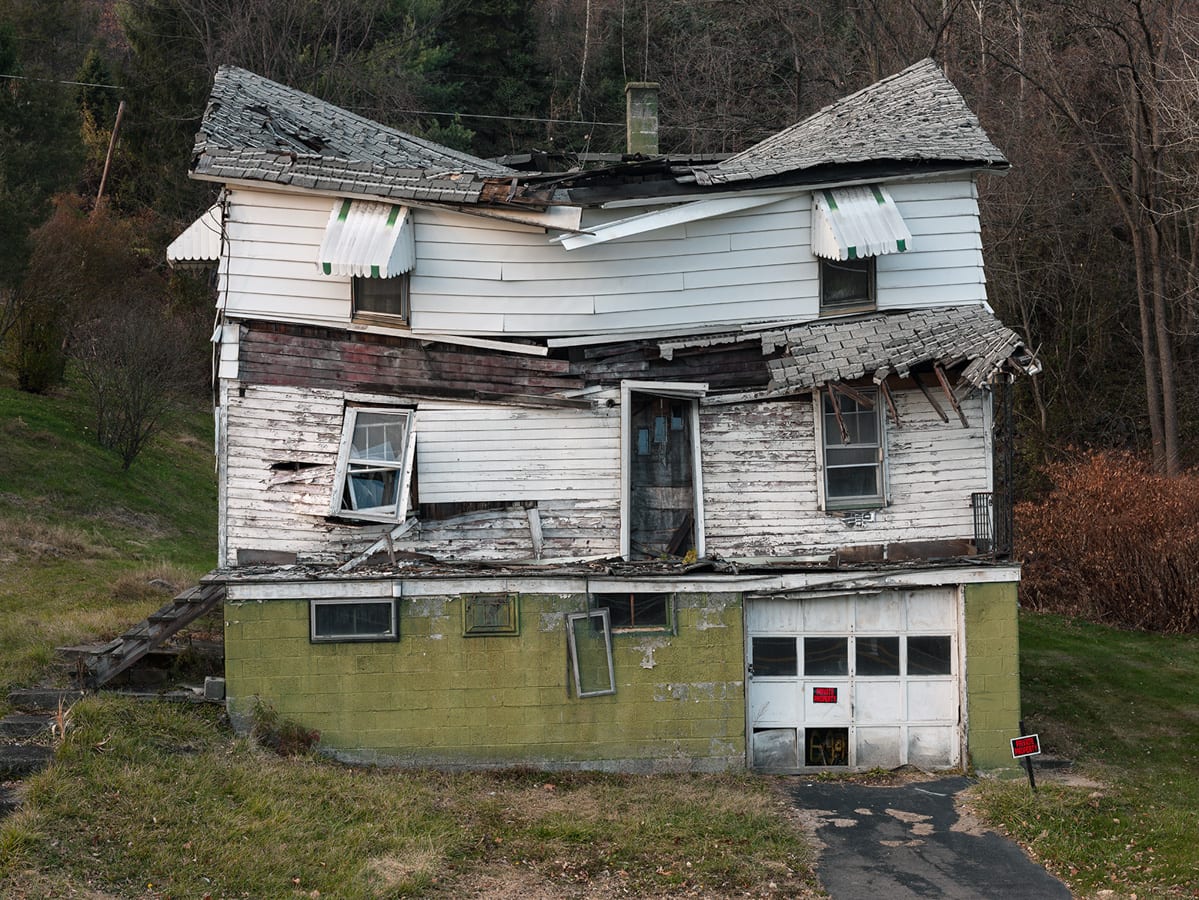 Kimball’s work is timely and one of a few of the first major works on the subject in need of addressing. Superseding standard photojournalism, the work is a brave elegy indeed. It is conditioned from the author’s own interior and his interest to “look inward” can be found in the soft, slow and poetically charged passages in the front and back of the book. When the rather large tome landed unsolicited in the mail, I wasn’t sure what to do with it. I look at every book I receive that is unsolicited and most I don’t have a genuine reaction to. They do not land with “weight”. This book was completely different. It struck quickly. I went back to it several times before contacting Justin and the publisher to ask for images just to make sure I wasn’t fooling myself. Every time I went back, I got absorbed longer and longer in the images. HIGHLY Recommended.