“Without naming it, I can tell you Brian motherfucking de Palma has a lot to answer for.”

The light that hits the surface of the sensitized film feels like an apt and soothing metaphor for the way cocaine hits the brain after induction. A stiffened rolled dollar bill and an 80 mm lens, the shortcomings of a Catholic education in a semi-urban town. There is nothing more despairing to the novice cocaine taker than watching the party ahead of you imbibe. It is not so different with watching a photographer at work. Somehow, it is loathsome, the sounds and the gesticulations run an intrepid circle of wrong across my poor withered face. The administration of cocaine to the cocaine virgin is somewhere between excitement and bizarre speculation as to how such a docile looking pile of white Pyrex-cooked flour can produce such an excitable twenty minute “buzz”. Even the terminology associated with it-‘Stepped on, Cut, and Charlie” all seem to be such silly or mini-grotesque parodies of a substance that is administered through the nasal cavity, but then the upswing of that is the effect it has. The surprise, like the returned roll of developed negatives can be empowering when it goes right or violently agitating when it goes wrong. The taste of toxic bleach in the back of the throat or the smell of the acidic and shitty chemical fixer still drying on the film surface like that scraped Pyrex dish are small details. I could draw parallels to cocaine and sex and photography and sex, but that is below my pay grade for this issue.

“The administration of cocaine to the cocaine virgin is somewhere between excitement and bizarre speculation as to how such a docile looking pile of white Pyrex-cooked flour can be such an attainable ‘buzz’.” 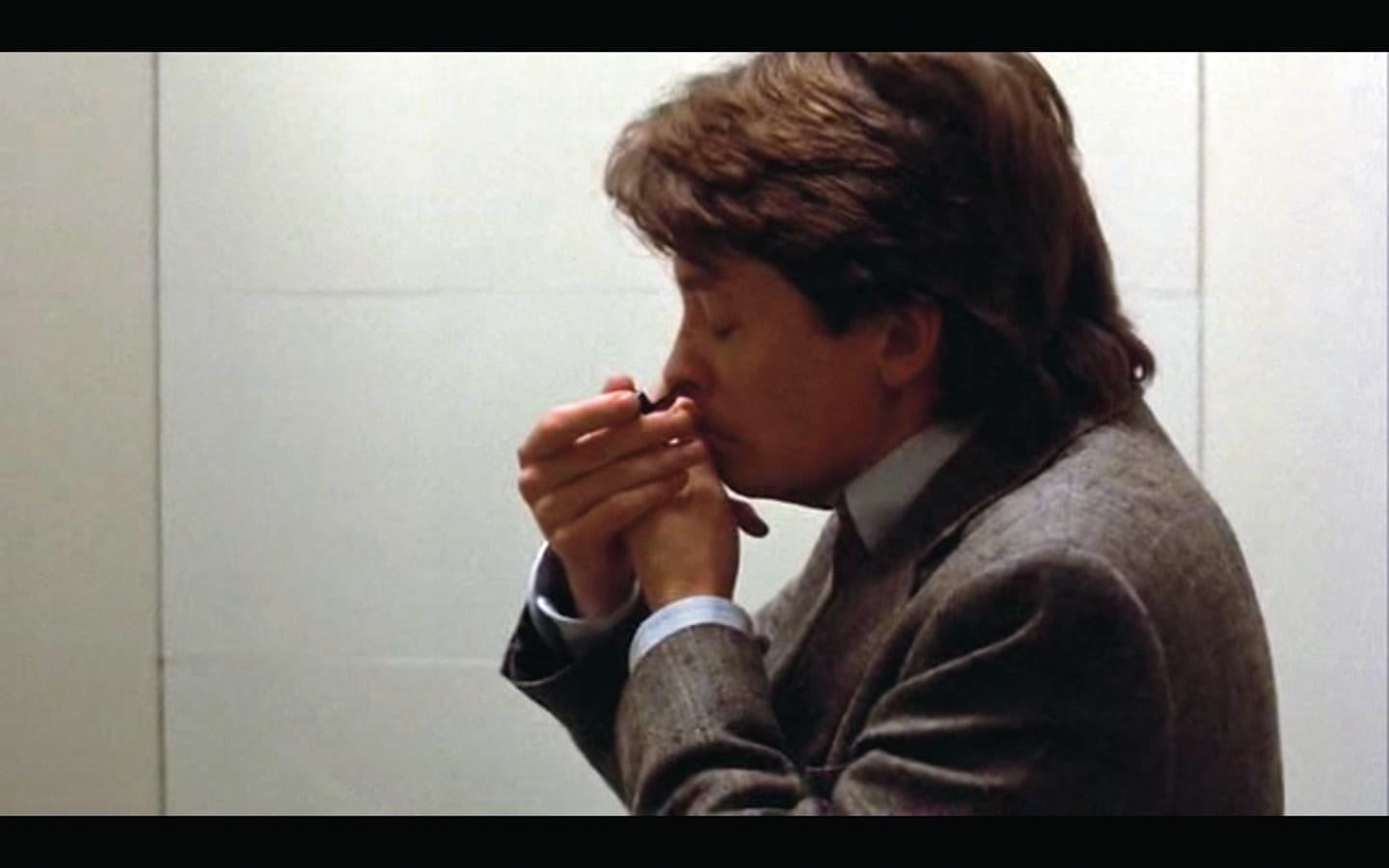 I was once given a metal black AMEX car with Brian Warner’s name on it. The surface of that nebulous and shiny black card held simulated traces of what is probably nicer Peruvian cola than I’ve ever had and Brian Warner’s last opus “The Pale Emperor” feels like the correct soundtrack outside of Slayer’s “Reign in Blood” or any of the phenomenal coke rap albums produced by Clipse in the early 2000s to which this surprisingly shit yet completely utilitarian drug should be taken. I never had a hard day in the trap slangin white or rock, but if I did, I am pretty sure I would be familiar with the notable films about cocaine consumption. Without naming it, I can tell you Brian motherfucking de Palma has a lot to answer for. As does the maker of Robocop simply because, well not simply because, as Robocop is a fantastic film on so many levels, but in this case simply because it made me appreciate The Weekend’s “House of Balloons/Glass Table Girls”-something I would never have thought to do previously had I not seen the video which utilizes an infamous cocaine segment of Robocop to great aplomb. And because I can name “Tuna” in that movie with Johnny Depp where he plays “Boston George” and because I can probably name a good number of films based on a still frame of cocaine usage, I can appreciate that what may have once been called the war on drugs has failed miserably when it comes to Hollywood, America and cocaine usage in general from the 1980’s forward and it seems at best something less than a stalemate-in fact lets fucking admit it, DRUGS WON. I’m sure Nancy Reagan’s pearls are twisted thinking of Narcos and the appeal it has for the multitudes. I don’t even know if she’s alive anymore because her life was never as fascinating as the films I’ve seen about the perils and triumphs of cocaine usage. Then there are the side affects-Lindsay Lohan’s career, Vince Neal’s coke bloated living corpse and the eradication of Kate Moss’s Septum. That being said, who really cares because movies about cocaine are infinitely more interesting than the people who are dumb enough to get caught in their own parallel reality. Apertures and Irises expand. 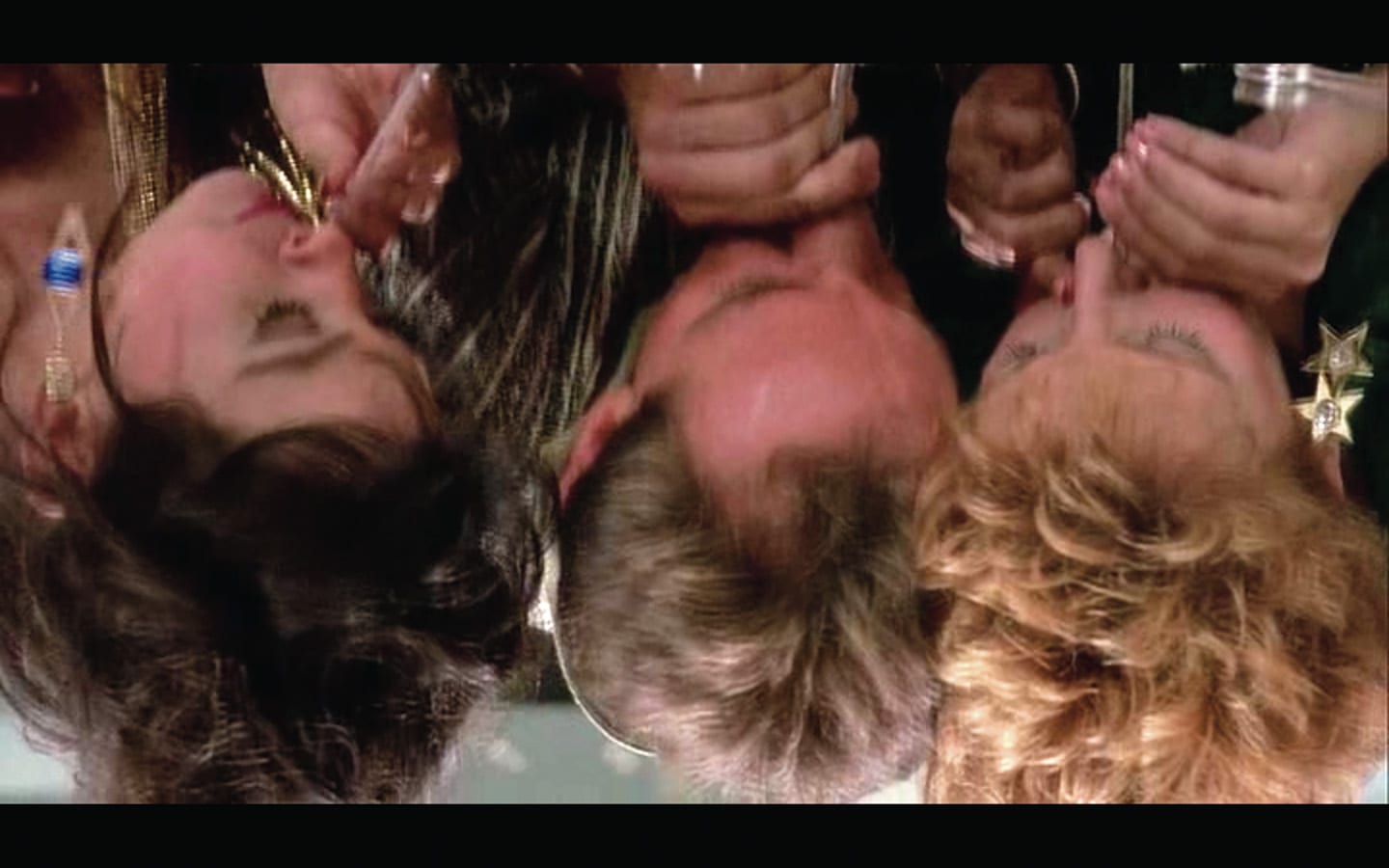 “Stars and Stripes” is by Emiliano Biondelli and Valentina Venturi (nastynasty) and their zine is probably more limited than the 90 quid ‘pure’ coke large amounts of twenty year olds purchased last weekend in Dalston. It is a zine and it is minimally designed to perfection to let the images speak and let the weight of the title and conjecture about pinning still frames from Hollywood movies featuring rampant cocaine usage be drawn. I know the term “Stars and Stripes” as an American G.I. military magazine that was reportedly available throughout Vietnam, but a cursory wiki-check tells me that it is also continual as war never ends for American anymore, so the subscription rate may be higher than National Geographic. You may also see Kubrick’s “Full Metal Jacket” for further referencing, Joker. So, as a comparison study between an American Military magazine and another failed war that we don’t speak about anymore, Stars and Stripes becomes a curious inquiry into the marriage of military organization and drug use and possibly narco-trafficking, which is also something that we could talk about in reference to any number of wars and perhaps the CIA’s involvement in trafficking cocaine during the Iran-Contra Affair. You see, Hollywood gets to make these films because the reality of cocaine is much more quotidian than we like to think and perhaps for entertainment value, I can’t think of a better drug for which to tie a narrative. The zine is excellent, the concept is hilarious to the point of tears. Recommended.