“The utter faux-familiarity of these rooms, from the plastic painting on the wall to the synthetic bed spread made from all manner of recycled and threaded nylon from fish net stockings to actual fish netting makes one queasy”

Hotel rooms seem like they are decorated by some sort of disturbed Mr. Roger or Martha Stewart-esque goblin that spends time vicariously pacing itself around an empty square space with a magic Harry Potter wand summoning various plastic implements of creature comforts. “Shazwham” and a little teakettle appears on the faux-veneer wood (?) desk. “Shazwham” and some sort of belligerent and incongruently stocked (Chocolate protein bars and Whiskey) mini-refrigeration device grows out from between the drawers of the furniture most people never put their clothes in, but always scour for dusty ill-apportioned biblical literature to make some lame joke about. I think it was Bill Hicks that had the best skit about hotel rooms, jerking off, house keeping, and the invisible Gideons and their ever-present bibles.

The utter faux-familiarity of these rooms, from the plastic painting on the wall to the synthetic bed spread made from all manner of recycled and threaded nylon from fish net stockings to actual fish netting makes one queasy. The rooms are awash in peculiar and queer pantones and mauves that barely hold the faux-seriousness of the plastic art in the plastic faux-gold frame to the (possibly faux) wall no matter how expensive the hotel is. Sometimes, when I am in rooms like this, I check behind the dresser drawers in a mad quest to find the soil or dust build up on the carpeting where it meets the edge of the furniture to see how many stars we’re really talking about when we think about the correlation of wallet opening to dirt. The results are often as expected.

Depending on the aforementioned wallet, its gravity and one’s ability to manage thumb and forefinger over some sort of credit card-another piece of plastic carried close to the body, one can engineer their selected space from just about any point in any metropolitan gang bang of a city on the planet. If one finds themselves in New York, Los Angeles, Tokyo, Shanghai, Bangkok, Sydney, Moscow, or possibly even Papeete, one can likely stay in a “luxury faux-familiarity temporary domicile unit” called the Hilton. As with everything in the second half of the twentieth century into the present, the world is shrinking considerably due to the much-vaunted reach of globalism and capitalism’s place within it. We cope with the notion of branding, which seems to be about the charade of familiarity, but really acts as an exercise in the familiarity of product placement into the psyche of the collective masses in order for them to consume the same shit monoculture day in day out if they can afford to do so. Branding is really a function that metastasizes into an obtuse cancerous albatross mimicked ad infinitum and thus sprawls out across one’s worldview like an infection, perhaps a cash rash bit of carrion fodder. We wear designer slave shoes, jackets, manacles and we look forward to that stupid green hippy girl on a uniform coffee cup when out and about to connect ourselves to the reality of the surroundings we are unfamiliar with if in a new city, which if I am not mistaken is part of the point of being in a new city-unfamiliarity. 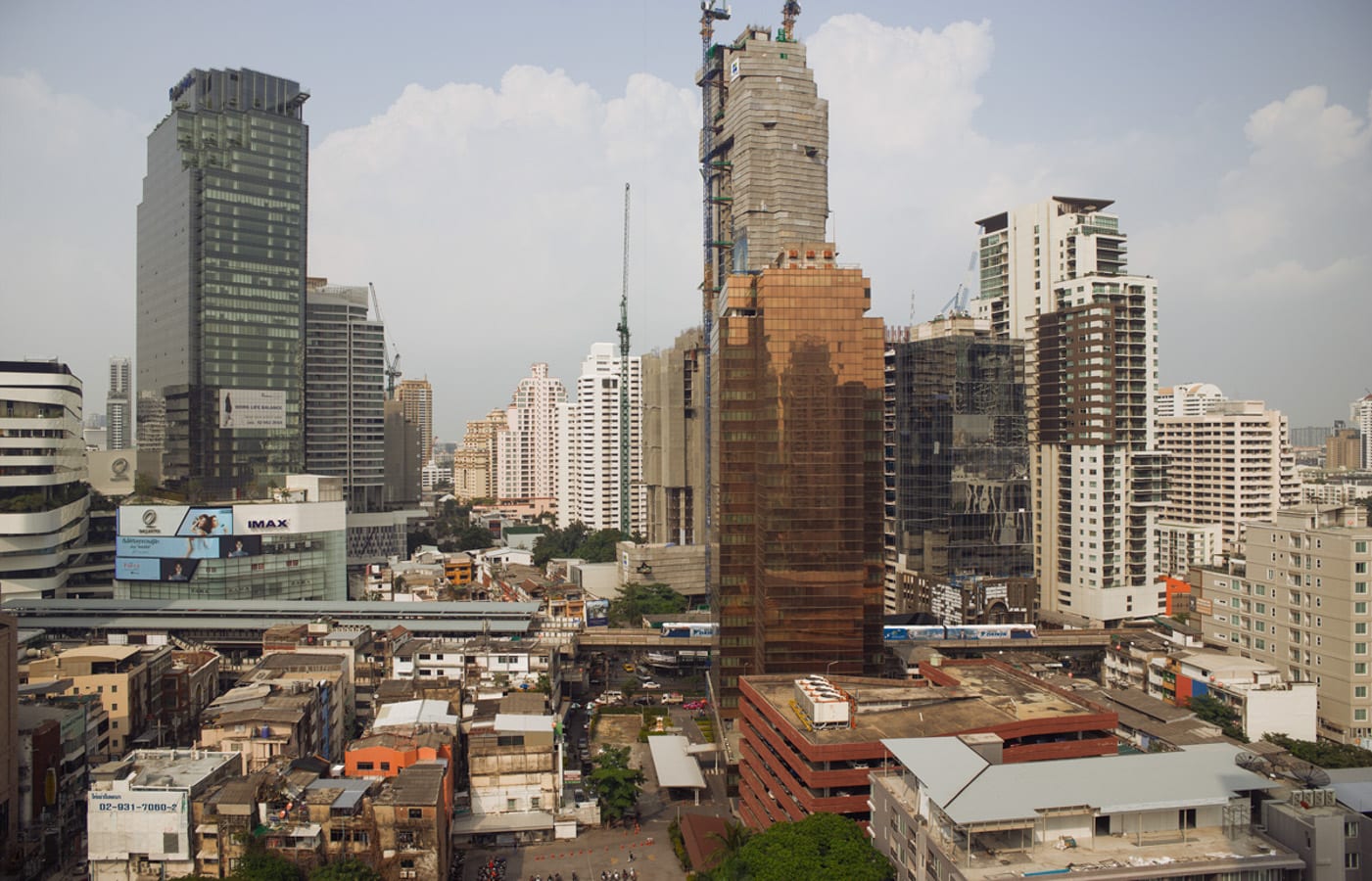 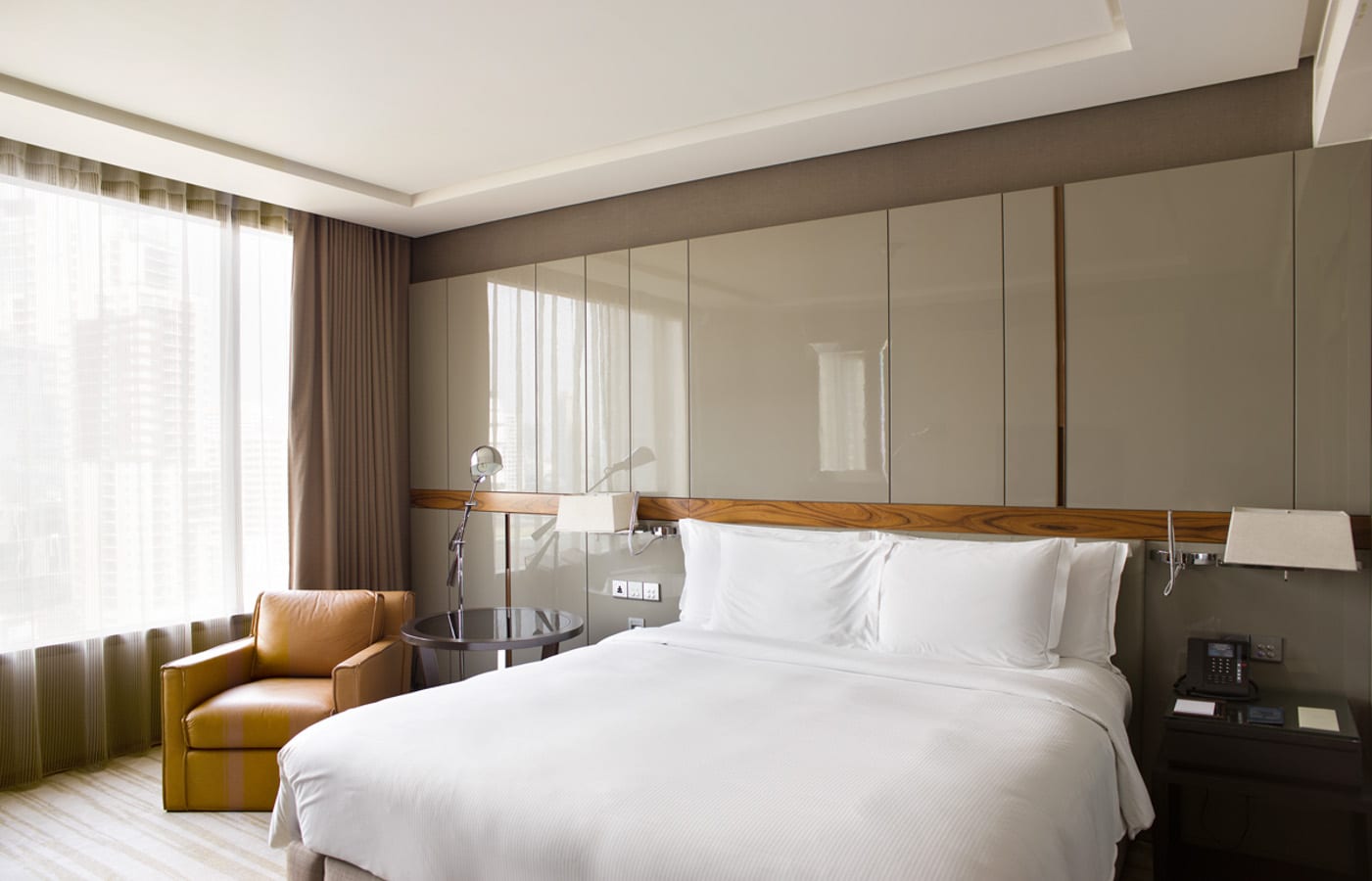 These hotel rooms present some slight mental or perhaps perceptive obstacles when you look at them from a removed point of view-almost like a hidden security camera in the faux-gold ceiling light fixture that may very well be present in this small theater of this live simulacra. When one positions themselves, observed from above in the mind’s eye and tallies the various weight the room holds in objects that are recognizable, but are in reality unfamiliar, the notion of the plastic trap of accommodation seethes in. Confronted not only with this plastic tableaux veneer, one is meant to endure a night’s stay with a window to the unfamiliar-the outside world.

Sometimes, there is a vista or a view, if one is high enough and the wallet is heavy enough to see the kingdom and its peasants spread out before them. The points of perception align and unfamiliarity is pushed back a little bit from the safety of the plastic minaret. In assessing the window from these bubble rooms, one thing also becomes clear in an environment such as this- it’s that we are at odds with our body in an unnatural space. Often times, there is no previously mentioned vista and our view is perhaps an apartment complex, another hotel or maybe even a shopping mall. When one backs away from the edge of this portal, the frame clears and what could be viewed as an abstract and framed urban artwork with kinetic parts begins to loom in on one and the clarity of this suffocating device reminds one of this box that they are inhabiting, albeit temporarily, and the push from the outside world stops and becomes an abstracted, bricked, or walled off portal not too far indentured from the notion of a prison cell or a panopticon at the least in which the viewer often times becomes the viewed with housekeeping becoming the prison’s strolling guard that you have paid for and generally does not observe your request for the privacy..

Roger Eberhard’s book “Standard” is exactly the kind of experience via catalogue/book that makes me feel like Howard Hughes was onto something in his later years. The airy, perfectly presented rooms of various Hilton Hotels in various countries gives an anti-septic and anti-personal look at the luxury environment that is at once meant to make a customer feel at home, but from my position reading makes me feel like I am stuck on some bizarre feeding trough for late capitalism to paw over or if I am kind, an overly clean disused porn set in which the lighting rigs and lube were sold off in the 90s or early 2000’s when the dvd market crashed and the internet gave the world its most precious gift.

Everything is manufactured. Everything is plastic and everything looks like some terrible stand-in formula for a commercial I could possibly get trapped in. There is something completely nefarious about these spaces and their intention. It is not my projection to see past what is on offer, the surfaces, the skin of an environment that I wish to peel back and look at the gristle and sinew of the mechanism underneath. It is my reality. Though I doubt this was ever Roger’s intent, the book makes me feel uncomfortable in its uniformity and suffocating oneness of the faux-familiar. At once I want to thank him for it. Then, like Howard Hughes might, I begin to think in paranoid terms that Roger is an agent of the Hilton clan operation and I withdraw my dirty-scaled hand and run the other way. In all seriousness, if you are patient with this book’s potential in a post-Ballardian capitalist dystopian way, it is quite rewarding.