“According to our opinion, it’s the tension or relationship between the prey and predator that Philip is trying to convey in his own personal way. There’s always a sense of threat and catastrophe just waiting to happen”

Brad Feuerhelm: I feel like I have stumbled upon Philip’s childhood stash of National Geographic magazines, but that there has been some sort of black viscous liquid spilled over their pages or perhaps the magazines were stored in his grandfather’s shed. Its the same shed that the same man, his grandfather, would recount the days of German bombing while adjusting the boys tiny shorts. Though the grandfather never fought in the war and though his subscription to National Geographic never was in default, there is something that makes me think of the potential of Philip’s imagined history between the carniverous lion’s chewing their way through sinew in some dust ridden shithole of an African country seen in the magazines and awkward yet lucid incantations of veiled men cluck clucking their way through a foreign language that lands me in the middle of this book and perhaps some sort of visual psychosis delineated by Philip’s scissors and glue stick. Their is trophy abound between the covers of these pages. I feel predatory, or that I am in a position that is forced towards the predatory by “reading” these images…care to expand?

Infinity Land Press: We believe that Philip is fully aware of, and to some extent enjoy the uneasiness his work evokes in the viewer or reader. If you feel predatory while leafing through the pages of Alien Existence, that is a most valid reaction.

BF: Why always children? Soft little targets? My feelings are that no matter how much Mr. Best would like to distance himself from the aesthetics of “Industrial, power electronics, harsh noise” etc set, there always seems to be a need for the aesthetic base of these groups to use images of children. Its becoming a bit….cliche. Is it because that is the only device we have left to kick at the taboos of society with? Is it because we’ve all been abused (I have. Have you Philip?). Is it because we are all so childless and this is a sub-conscious need to refract perhaps unfulfilled biological determinism of the loins? Thoughts?

ILP: Even the hardest screaming nihilists or misanthropic satanists seems to get weak in the knees when children and kittens are put outside the safety zone. So we guess the subject is still one of the big taboos – remember that the violation and murder of children made Gilles de Rais into a holy monster. Even so taboos are ideas, which change over time. If we go back to the sexual revolution of the seventies or the depiction of children during the Victorian period, we find pictures, which to our zeitgeist would be seen as both abusive and objectifying. It’s not our opinion that Mr. Best made these collages for the sole reason of being “provocative” or for their mere “shock value” – (even if he’s very much aware of it) – we see them as personal journal entries, reaching back decades in time, trying to deal with and come to terms with personal obsessions (even though the man hates this word himself) and interests. If he was only out to be provocative he would have done better to throw in some swastikas or shitsmear Islam instead.

“Safe art is useless to a publisher such as ILP, and just like the work of other ILP artists that goes along with our personal taste – Dennis Cooper and Michael Salerno – this stuff is loaded” 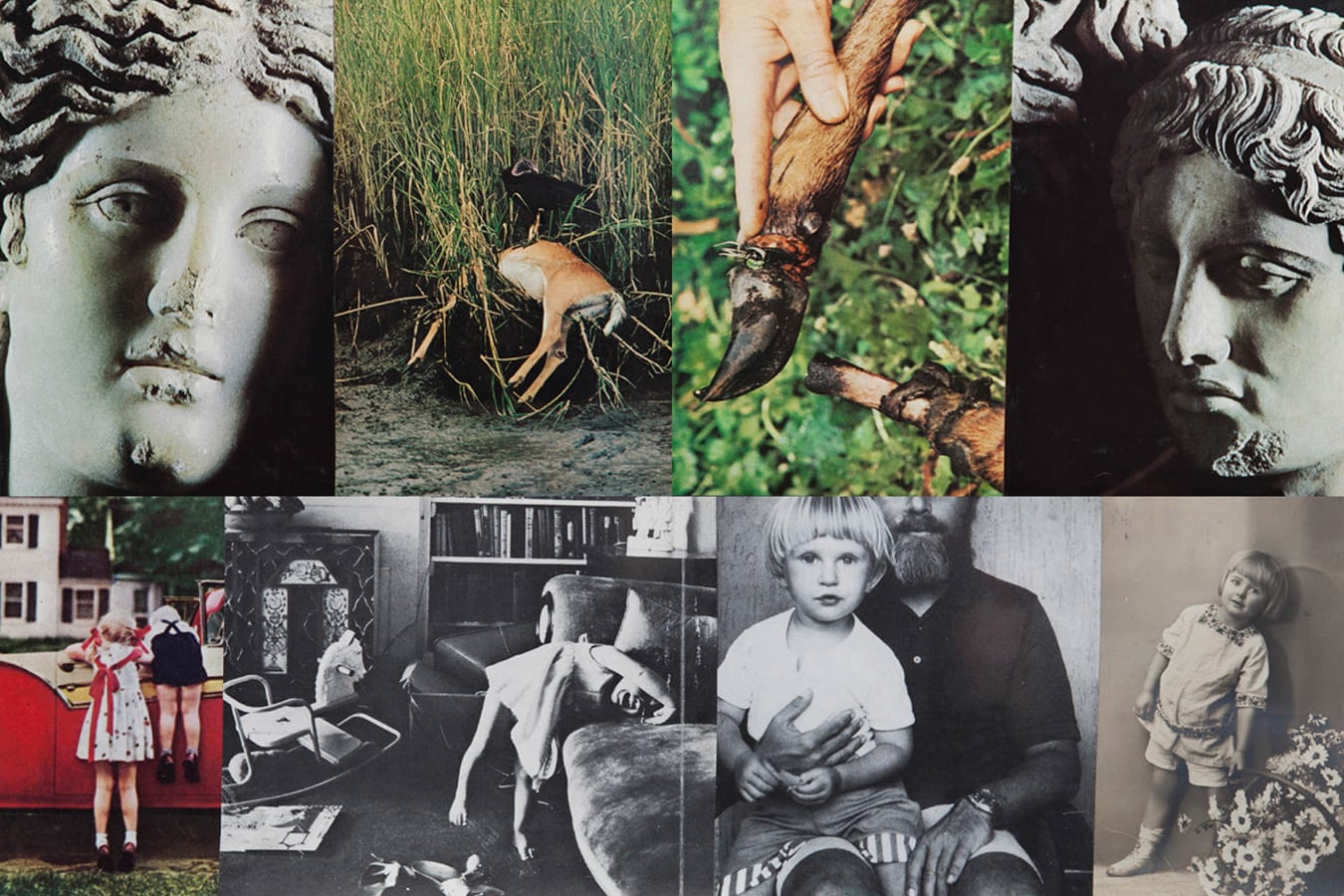 BF: Yes those would be taboos of our times I guess. My favorite part of this book is the interview with Martin where Best opens up about his interests. I have been a fan of Consumer Electronics and Whitehouse for some years and can relate to the burning intensity and outright vitreolic nature of Philip’s pen. It is an insidious wide arc that cleaves mind from cranial chalice when it is at its best. There is a moment in the interview where you can feel the pressure of a rant building up. The carmudgeonly aging Englishman in Texas recounting his desire to let loose some of the venom in his body as he recalls his days as a young man in school. It happens with some of the songs and related text as well, “Bull Market” etc. I feel that between the images and text, there is a distinct correlation of vision happening. If you had to pick categorical ways of examining the tropes in with which Philip works, what would they be? Victimization? White Guilt? Daddy Issues?

ILP: According to our opinion it’s the tension or relationship between the prey and predator that Philip is trying to convey in his own personal way. There’s always a sense of threat and catastrophe just waiting to happen. The man has a good eye when it comes to the choice of colour and juxtaposition, and to some extent we believe that he wants us to read his pictures, as well as the chosen text fragments as an ongoing narrative telling and retelling us what a dangerous universe lies in wait out there.

BF: Do you think of Phillip as a voyeur, social commentator or agitator? Is his experience in life aggregate to the summation of ideas he puts forward into the world via book or lyric? Is there a danger that he is playing an incredulous role? I am not suggesting that, nor do I expect you would answer that with a yes no matter the case. But, lets say it wasn’t Mr. Best, does this sort of material run risk of being taken for granted in its voyeuristic intensity? Or is that something to embrace?

ILP: We believe he might be a little bit of all these three categories you listed above and he’s probably a bit ambivalent about his own role – that is, through whose eyes this material should be perceived. Sometimes he’s looking through a victim’s perspective and then it changes to a predator’s gaze. There’s probably no definite or satisfying answer to the question. But yes, the material can of course be looked upon and appreciated merely through it’s voyeuristic intensity (which is how several people want to perceive it). Safe art is useless to a publisher such as ILP, and just like the work of other ILP artists that goes along with our personal taste – Dennis Cooper and Michael Salerno – this stuff is loaded.