“a semi-deserted/abandoned place in the snow, a haunted zone left over from the nuclear age of the cold war…a place filled with feral cats, empty apartments and alcoholics”

I hope all’s well… and an atomic bright new year for you all…. ‘atomic’ in the best sense of the word of course.

Just back in Italia, on the computer where my images are…. so herewith a selection, including the cover.
Please note, the cover, as well as the other few ‘television snow’ inter-channeled images are actually photographs of derelict homeless ‘insane’ alcoholics beautifully blind-drunk on vodka (petrol) lingering in the snow on the streets of Vilnius and Didzialisis (a small town of shadowy tower blocks on the Belarus border…. a semi-deserted/abandoned place in the snow, a haunted zone left over from the nuclear age of the cold war…a place filled with feral cats, empty apartments and alcoholics.

The gallery that I did my residency with in Kaunas gave me two bricks of old expired medium format Soviet film from the early 1980’s… so I used this mixed with expired 35mm film. Almost everything from the expired soviet film, as mentioned above, didn’t come out, but what did come out are these graphics as you see here (and in the book towards the end), this ‘televisionised snow’… this ‘death’… this ‘end’ (Pabaiga means ‘the end’ in Lithuanian)… however, the original image, the images I photographed, are still there as far as I’m concerned… but have been transmuted into the invisible…there, lurking beneath the surface, latent but unrealised/unformed/frozen/trapped/fossilsed….

The arching innuendo of televised noise and static pesky buzzing transmission looking to find its way to a destination of ears, eyes and other ruder forms of communication imbibing organ is something that we have stopped exploring when the onset of digital age began. The hauntological and eeire chorus of voices sung to us through radio waves during and between the grandeur of world wide wars of the past, the dormant colossus of implicated spectral doctrines, and of theologies mistaken for technologies and of an aural sensationalism we were once accustomed to questioning has been lost, like so many transatlantic cables to the sea bed of time and forgetfulness. Time immoral, Time immortal. Sinking ships.

“the dormant colossus of implicated spectral doctrines, and of theologies mistaken for technologies and of an aural sensationalism we were once accustomed to questioning has been lost, like so many transatlantic cables to the sea bed of time and forgetfulness”

It is not only the waves, radio or other that have bee caught in the amber of our collective amnesia, it is also within window panes of sand shifting glass, but also the impermanence of hard metals which, even in minute forms shift relentlessly on a molecular level, distorting the images we dearly wanted to place on it’s silver skin. Film, silver and gelatin are compounds of a corrosive discontent destined to be warped by time, sun or dam, but are also beholden to transmission. It encapsulates, like a wax cylinder of recorded music a message that bends and gravitates with age. The voices, the falsettos, the tenors of eras past become transformed, metastasized even towards a new and unrelenting pulse, a signal that carries forward these ghosts with their slurring messages, their trapped and indistinguishable whispers and their sometimes, as Olivier puts it, “feral” condition. 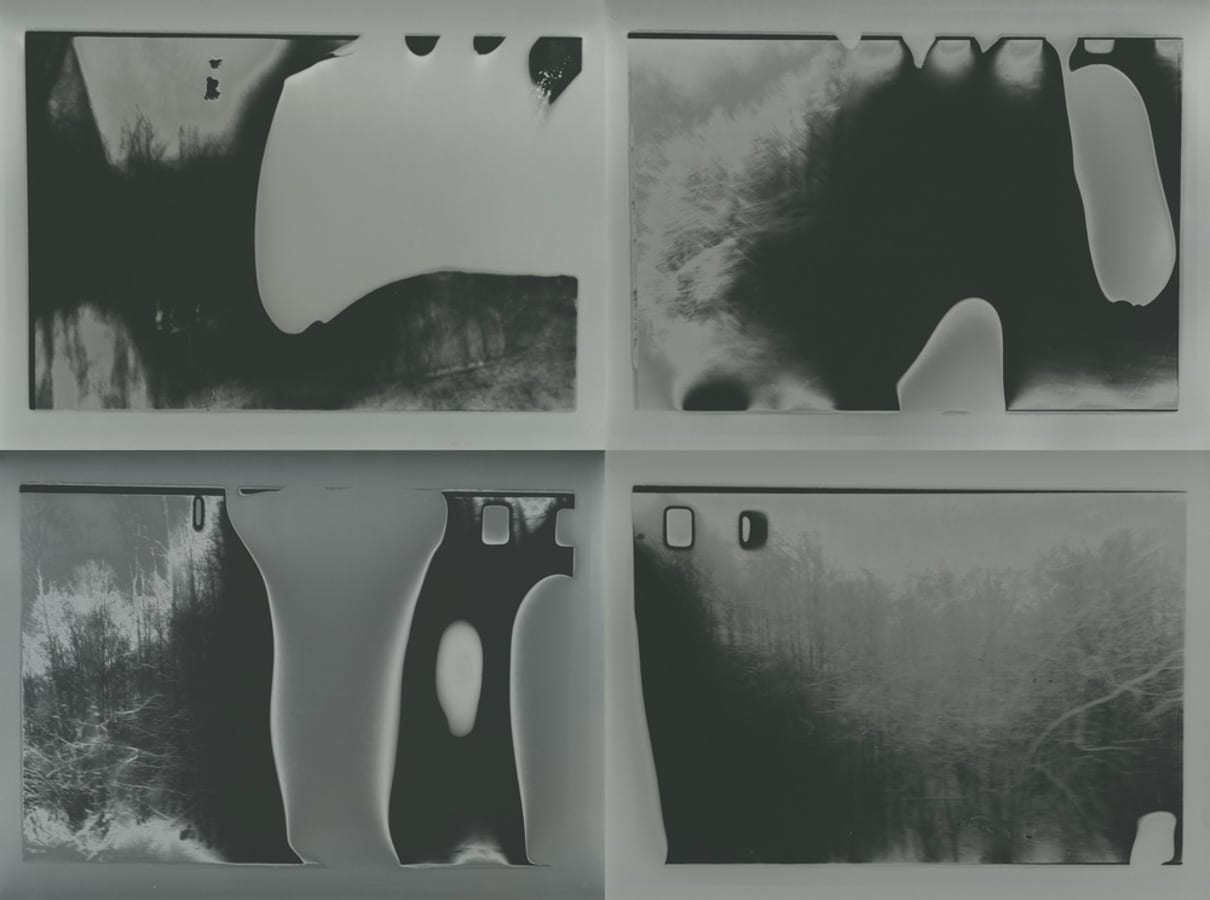 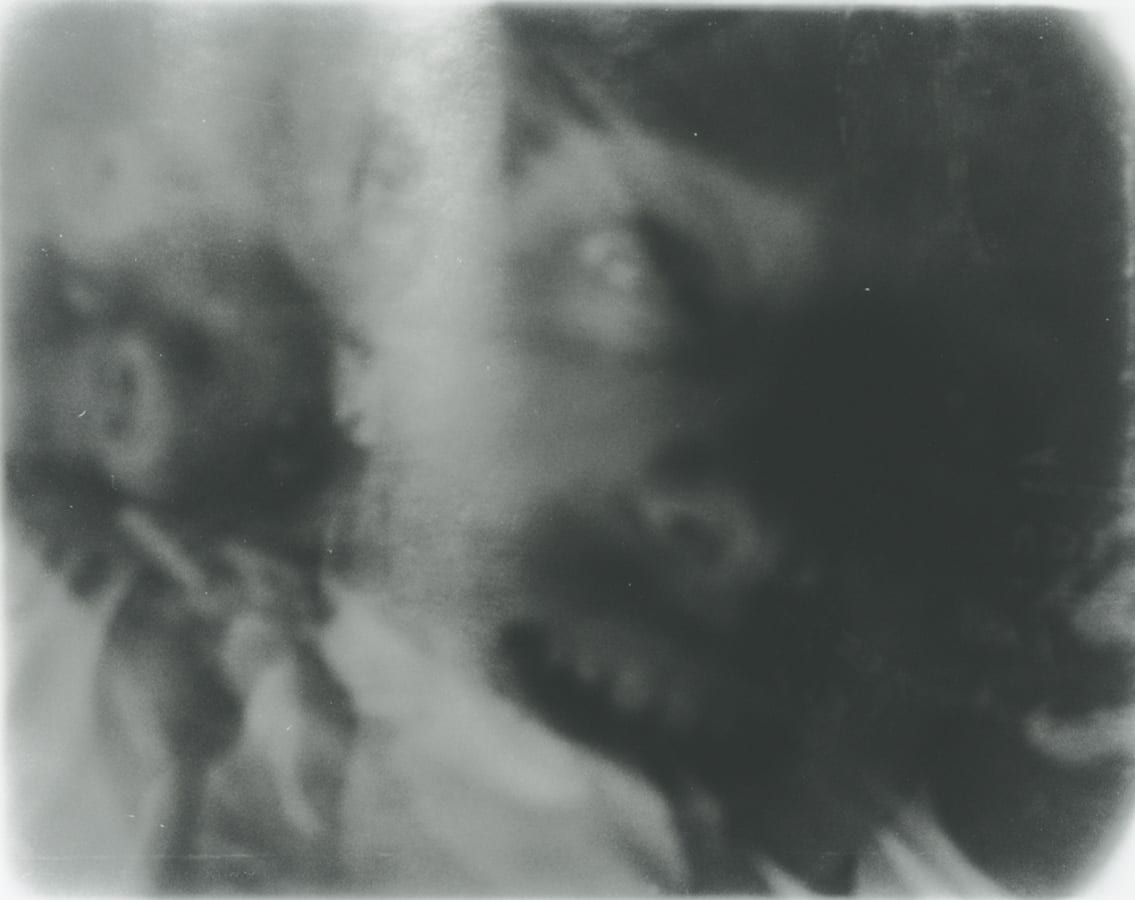 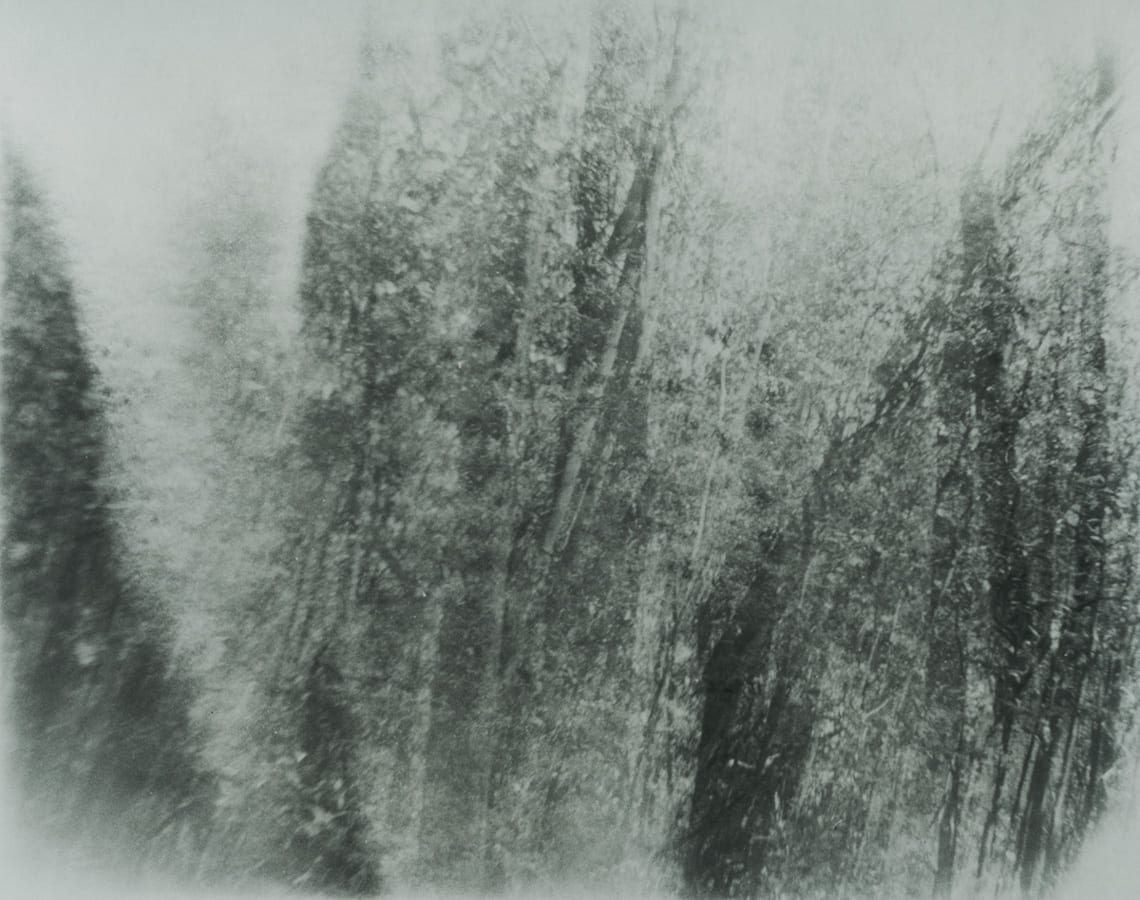 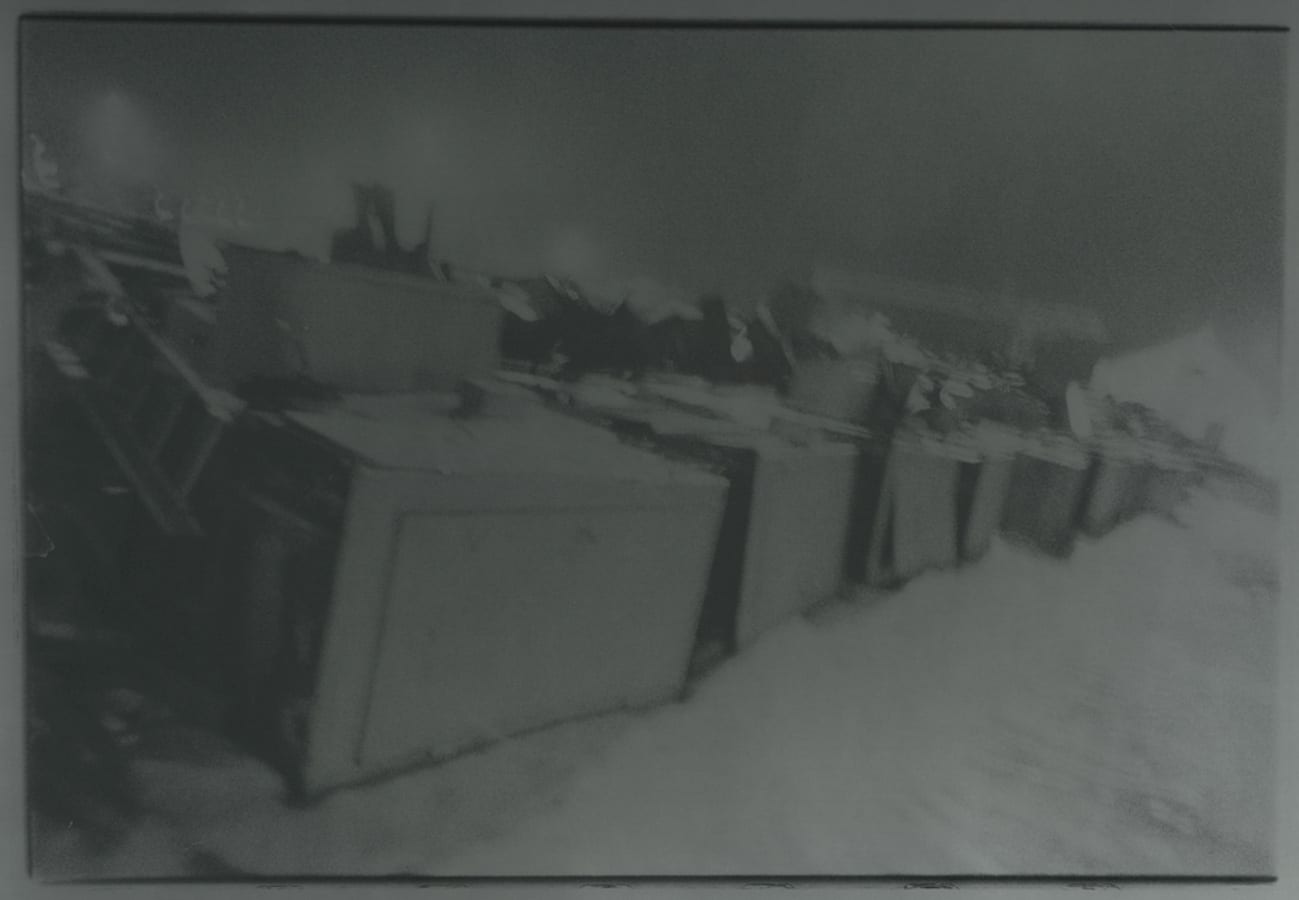 The images in Pabaiga are abstracted towards a discourse with another realm. It is a realm where communication sheds its speech. It is specifically pulse ridden. There are somber executions of terrible noise that wane and wax in their volume. The stinging nettle surrounding the precious ear drum. When I look at their grey form, punctuated by decline of black stricken marks here and there, I am reminded of a place we all know, but have never seen. It is a place waiting to happen. In a religious sense, I guess this would be closest to purgatory. It is a grey snow blinded journey with howling winds. I should remove religion altogether and consider replacing it with the cinematic. I should involve my excuse of descriptive ability and this work into John Carpenter’s “The Thing”. I need it to exist in a place destitute of the punctuation of color and form where solid mass can only be defined from the position of an interior- a frigid alien and inhospitable environment. The book is a morose volume of Pin-Fat, but it is best exemplified by the behavior of what it is not both in terms of his canon of work and its representational ability. Language will fail all of us. It is highly recommended.