“As we ponder the future fugue states of Europe, the diplomatic inadequacy of the New West and Russia, questions arise”

Provisional Arrangement is a work of soft genius. The images within the book navigate between the enforced cinematic and the grandeur of the under-observed and the fantastically possible in political terms. It is a short book without being overloaded with the burden of too many images. There are slight homages to Jeff Wall, Paul Graham and possibly Phillip Lorca Di Corcia. Within it, I am left to pontificate on the cinematic discourse involved with some of the images, notably the image of a man aflame walking out of a door and the image of two men, both huddled in the midst of a heart attack or perhaps the unfolding of social ideologies and ceremonial flag posts of similar economic construct and I gravitate towards their representation as one in which I am forced to challenge the narration of potential truths unseen. The image of the huddled men seems to suggest the theatricality of the medical, but I can’t help but wonder if there is an anxiety of the Post-Soviet environment abound.

The photographs were made in Slovakia for the most part. It is the same country in which I ponder the book and write this short salutation to Mr. Kollar. I can empathize image-wise with many of the images in the book. They at once feel local to me, even if abstracted towards the Post-Soviet cinematic discourse that I have mentioned above.

What I do find myself obsessing over are the myriad of un-detailed and honest references to the un-observed. The impromtu glances at the structural support of some of the subjects. Pallets prop up leaking roofs, roadside cages obscure the beautiful Slovakian landscape, their metal mesh at odds with the natural world in front of it. There are brief metaphors within some of the cinematically constructed images that do the same.

“Pallets prop up leaking roofs, Roadside cages obscure the beautiful Slovakian landscape, their metal mesh at odds with the natural world in front of it” 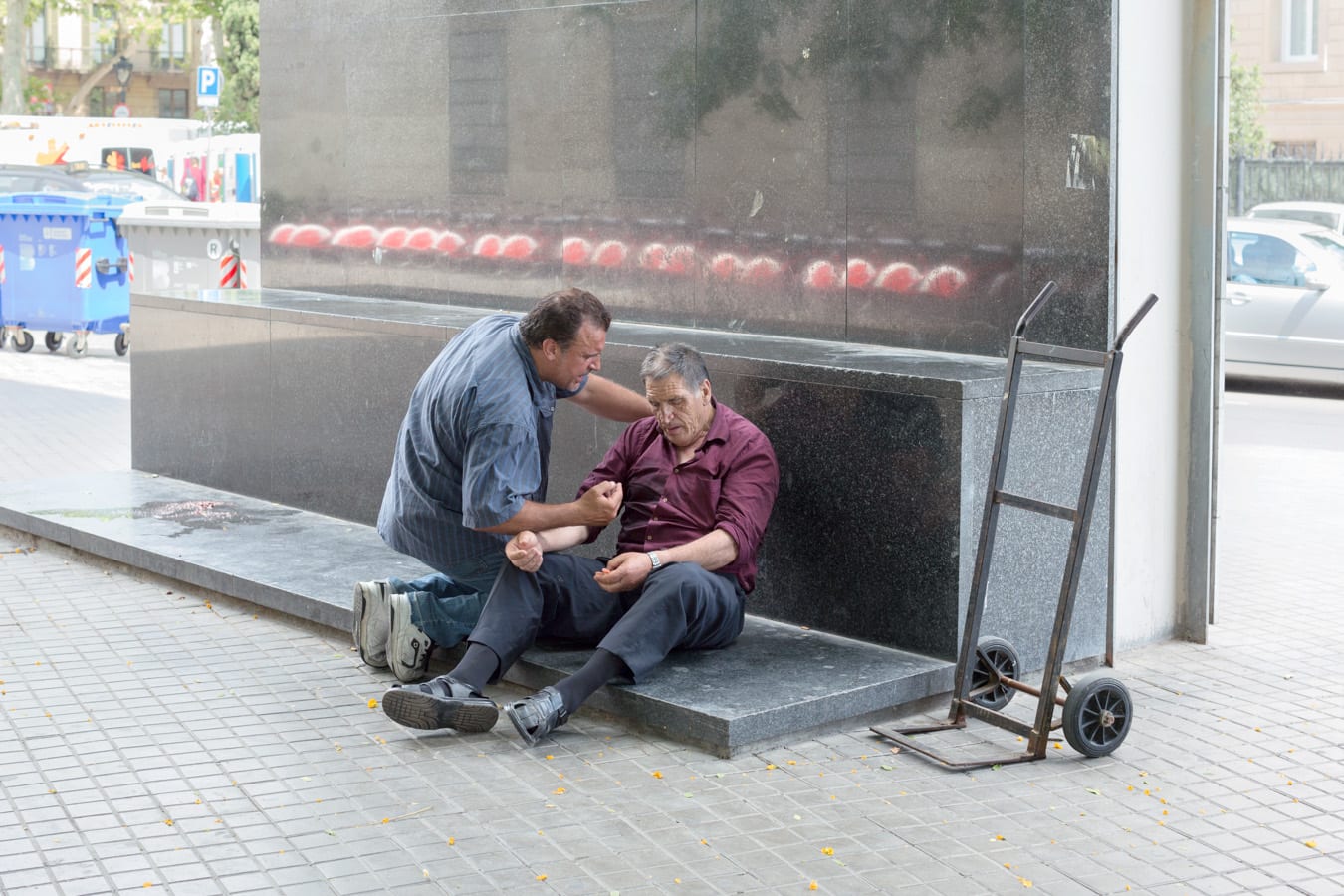 The man aflame walking out the door is perplexingly situated next to a GAZPROM canister. Gazprom, which supplies gas from Russia to many of central European countries such as Slovakia is a contentious signifier. On one hand, it indicates the economics of former Soviet state and on the other, the deplorable possibility that whilst enduring a cold winter in any one of these states, at any given moment, the gas can be shut off as some of the countries surrounding have seen in the past. The man alit by an inferno could be speaking about the political stranglehold that Russia still has on many of these countries. That the man is alive with heat and flame dancing so precariously towards the canister which at any moment could ignite into a much larger flame setting everything ablaze is suggestive metaphorically speaking of the “new west” in which Post-Soviet states such as Slovakia have to dance with their emperors (the west) new clothes versus the realities of the former emperors (Russia) old clothes in a continued stranglehold via gas economies and the pressures of corporate ideologies within that arrangement. Slovnaft/Gazprom is such an uncomfortable arrangement and is easily laid to waste if desired.

As we ponder the future fugue states of Europe, the diplomatic inadequacy of the New West and Russia, questions arise. These are projected political realities for sure and getting back to Martin’s work, what I am drawn to is the conflict between these two worlds and what has been gained in the past thirty years and what can be easily lost. As an American living here, I am close to Mr. Kollar’s age, though we grew up under very different ideologies and his eye and his country reflect this greatly. The unobserved that I have mentioned is not to say that Kollar has misidentified or left these political categories as non-consequential. It is the viewer that might not notice these details as they are possibly unobserved by outside eyes. The core political structure of his work, from the environments of domesticity to the roadside construct all point to a surface value if you are capable of glancing in that direction. What lies underneath that surface is deep, perplexing and possibly disturbing.

This book, though somewhat “artified” by the presence of certain photographic techniques such as the post-cinematic does not lose valor to those gestures. Though I have pointed out a certain genesis of image-making within, the book itself unfurls and stretches the possibility of their political meaning far outside the whitened iris of neglect one could develop if one does not pay attention to the details. It is a superb book and it has my Highest Recommendation.