“Punk was a flag post and a rallying cry against all that was coming down in a house built of tinder. It paved the way for the music that I do identify with. It shouldered a political stance that I also appreciate even if I get wary seeing John Lydon selling butter on the tele”

I never liked the Clash, the Buzzcocks, or the Sex Pistols. I had a minor infatuation with Siouxsie Sioux, but that is as far as I can empathize with Graham’s archive on its surface. “All the Young Punks” on Sun Editions does something else for me entirely. It would be incredibly difficult to forgo notions of nostalgia. Graham came towards adulthood, shedding his adolescence through an era of complicated political values in the Untied Kingdom. Punk was a flag post and a rallying cry against all that was coming down in a house built of tinder. It paved the way for the music that I do identify with. It shouldered a political stance that I also appreciate even if I get wary seeing John Lydon selling butter on the tele.

What further makes this book interesting is not that it is trying to wax nostalgic for “better times”. To even ponder that notion would be a complete disservice to Graham and the vitality of punk itself. There is some nostalgia, certainly. Music often shares a correlating value to memory, which leads easily to nostalgia. It is no different with photography. I myself have loads of concert posters, ticket stubs and records from my youth as well. I have flyers for gigs when I played in a band illustrating my still proud moments opening for The Jesus Lizard, Season to Risk, and a few others. I have ticket stubs from Kyuss. I have the bass pick from a White Zombie show in Minneapolis that I swear my thirteen-year-old self saw being thrown directly at me from Sean Yseult herself (Teeeeeeen Crusshhhhhh).

“There is some nostalgia, certainly. Music often shares a correlating value to memory, which leads easily to nostalgia. It is no different with photography” 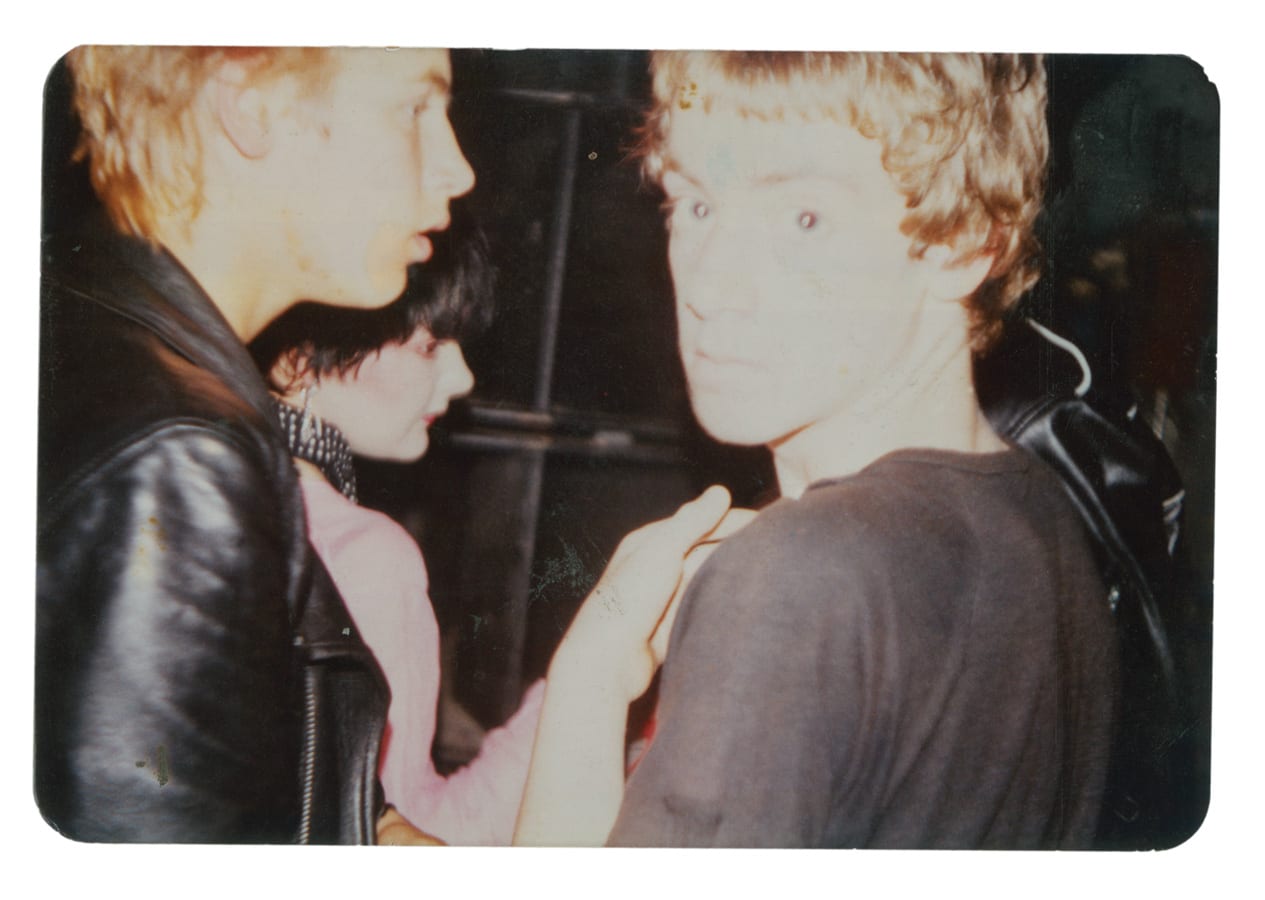 These are moments and totems thereof that never dissipate in value for the mind of the one who assumed their role at such an action, ritual or event. The scraps from music gigs in particular bear weight to the phenomenon of being. They are mementos of life at its apex. This is why this book, if you are aware of Macindoe’s personal history, carries even greater weight. The book I received from Graham prior to this is one I still have not read. It is called “Chancers” and if I have the premise correct, it is an autobiographic tale of Grahams life after the PIL concerts, after being youthful enough to have the ideology that punk gives one at the right age and then life for Graham transformed into something much different. Graham went through some very difficult times in his life, serious drug use, prison time and stories that are left untold in All the Young Punks. It is sort of a precursor book to Chancers and where his life took him. In excavating the archive of his youthful self, Graham is putting the pieces back together in a visual sense. He is leading himself back through idealistic times, but also coming to terms with where everything sits presently. He has seen some shit for sure.

The tabletop photography within All the Young Punks gives a gravity to the objects that he simply could have scanned. He has taken loving care to document the documents of his adolescence with a very fresh eye, a very contemporary eye for making images. The ticket stubs and record sleeves, the pins and the scraps of life during this time are given a shrine building exercise within the book. I may not empathize with Joe Strummer, Sid Vicious or Sham 69, but I do empathize with Graham and the life he has lived and the space he has given himself and the accouterments of his musical livelihood in this book. I think the book at this point in 2016 has been fairly unobserved and underrated and deserves a chance to circulate more widely if not for the punk interest, but also perhaps for the value of exploration and excavation of self. It is beautifully designed and is another fantastic project by SUN and company. Recommended.

All the Young Punks