There is still a strong belief in natural sciences to be the bulwark of objectivity. Why? Because natural sciences imply the hard fact of comprehensible results given by means of exact measuring. Creating formulas, operating with numbers of any kind, and all that other stuff on top are also key in order to shape precise conditions of experiments, which shall give further important insights into this planet and its interstellar surroundings we all share, consciously or not. One of the most highly acclaimed epicenters of such extraordinary kind of natural science experiments locates in Switzerland, to be more exactly, in Meyrin, a suburb of Geneva. The name of this center is CERN–an abbreviation of the French “Conseil Européen pour la Recherche Nucléaire”–which was founded in 1954 and operates the largest particle laboratory in the world to date. Apart from being the birthplace of the World Wide Web, as pure side effect, the ca. 2,500 staff members plus more than ca. 10,000 affiliates from all over the planet are researching on nothing less than the “Theory of Everything”, eventually.

One of these numerous and remarkable theoretical physicists who even served as founding member of CERN was Wolfgang Ernst Pauli (1900–1958), an Austrian-born Swiss and American Nobel Prize winner, having been nominated for the prize by Albert Einstein on account of formulating the groundbreaking “Pauli Principle”, which defines the basis to understand the structure of matter.

Artist David Fathi’s second book “Wolfgang”, published by Skinnerboox, sets the outstanding scientist and quite eccentric character Wolfgang Pauli to the core for his exploration into the all time challenging work with photographic archive material that lacks accurate adjustment. This was the case, and this may come as surprise, with CERN photo archives, which had been made public due to that very reason of failing a proper inventory. By the archive’s digitalization and upload CERN raised a worldwide call-to-action in 2014 to gather valuable information for about 120,000 photographs depicting the world according to the nature of materiality in various formations and deformations, be it in relation to people, landscape, laboratory equipment or else. The limits of knowledge again in that specific case, became obvious enough to attract David Fathi’s attention, who in turn used the photographic material to interweave more than one single narrative by the means of making a book. And beyond Fathi’s unique picture album that circles around Pauli and the so-called “Pauli Effect” the publication captures all the facets that finally determine a notable bookwork. Amongst other the anaglyph image portrait on the cover, the selection of two simple but pinpoint fonts (sic! sometimes oddly set), the thoroughly well designed layout taking a radioactive green as a visual marker as well as the short but precious text by Jeffrey Lad that comes as insert and serves also as the imprint of the book.

“The limits of knowledge again in that specific case, became obvious enough to attract David Fathi’s attention, who in turn used the photographic material to interweave more than one single narrative by the means of making a book” 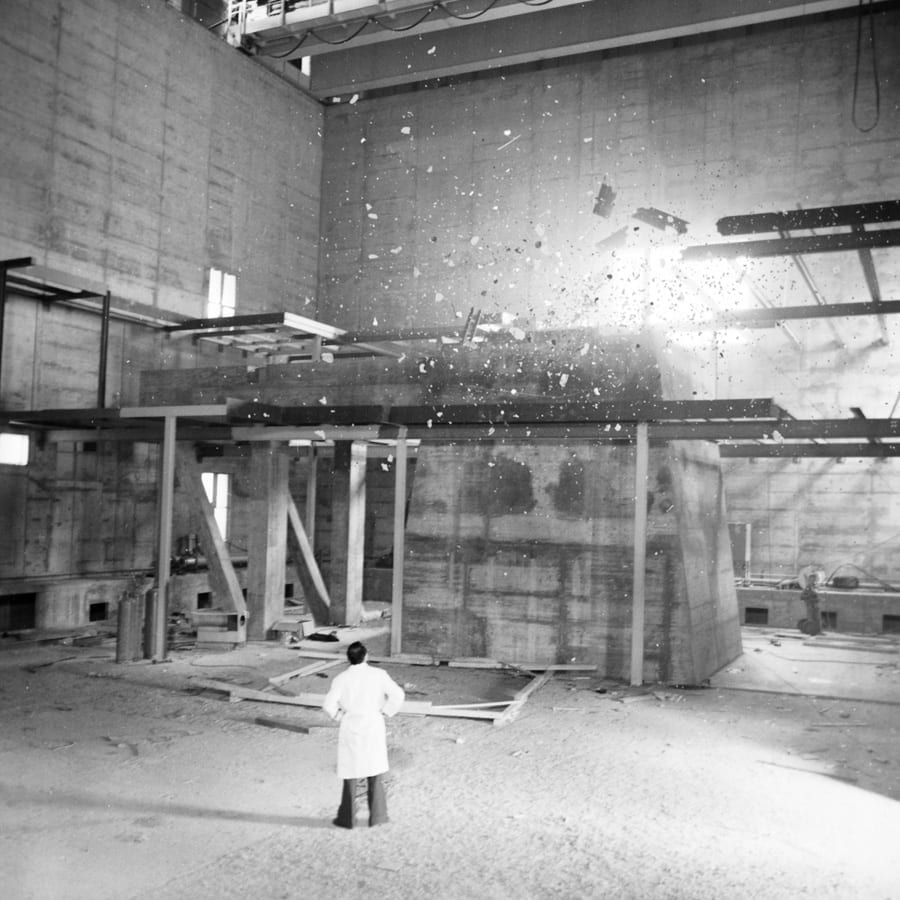 But, after all: who was Wolfgang? At high school Wolfgang Pauli was already regarded as mathematical “Wunderkind”. By the age of 20 he contributed to the “Encyclopedia of Mathematical Science” on Einstein’s theory of general relativity with 237 pages in total that further led him to work with all the celebrated physicians at that time, amongst others Max Born and Niels Bohr. His maximum perfectionism was feared under his colleagues, and his vigorous self-criticism resulted in some main behavioral features: He rarely published the outcomes of his brilliant mind in scientific publications but rather preferred to exchange his theorems and arguments in private correspondences. His verdicts about his colleagues were harsh and scathing nevertheless witty and highly ironic. While holding the chair in Theoretical Physics at ETH Zurich Pauli suffered under a severe nervous breakdown that brought him into contact with Carl Gustav Jung, the founder of Analytical Psychology. Again Pauli entered into an extensive correspondence with Jung in which Pauli doubted Jung’s theory scientifically. Finally, their exchange of letters was published under the title “Atom and Archetype”. Last but not least, Wolfgang Pauli formed his very reputation due to the “Pauli Effect” meaning his ability to smash objects or experimental settings only by being in the vicinity. Pauli was always delighted whenever this effect took place.

I truly assume Wolfgang Pauli would be very delighted of David Fathi’s homage to the tête-à-tête of science and photography that holds his first name on the cover. As mentioned, “Wolfgang”, the book, presents several narratives by Fathi’s choice of photographs from the CERN archive that somehow seem to illustrate the “Pauli Effect” without any given proof of Pauli’s vicinity or of any other factors that may have caused these odd incidents being depicted on the images made around a place that is thought to operate under highly reasonable conditions. Furthermore Fathi follows again this delicious narrow path between fact and fiction that already characterized his first book “Anecdotal” in which he re-contextualized image material on the subject of nuclear armament and testing programs. With “Wolfgang” David Fathi, having the background of an educated Mathematician and Computer Science Engineer, opens us another door into a sphere of the unexplainable, the hidden as well as the otherwise unnoticed failures that not only form a fundamental part of the daily life at CERN but regarding the fact of life as such. Eventually, life is still as un-explicable as the dark or any other matter. It just mainly happens. That’s the ongoing limit of knowledge we have to accept. Be aware and face it with humor. Call it “Wolfgang” from now on.