“When is an artwork finished? Are the World Trade Centers only finished when the planes sink into their steel bellies? Can we assume Babylon’s work at an end when pneumatic drill erases their façade?”

We spend long hours illustrating our human form. We seek a representation of ideals and we look backwards over the canons of art, of history and of empires. Johan Winckelmann had his ideals. He had a feverish and perhaps impoverished delineation of beauty bound to the orthodoxy of the body made stone. It is also noted that his compunction towards beauty thought highly of the idealized bodies of young boys. One can argue that we should perhaps dismiss the man altogether.

Stone gives birth to form. The sculptor sets amongst quarries like a hunter seeking a surface from which his hands will birth a representation of animate and at times sexualized form. It has been this way for millennia. Carving into stone, rendering its surface from rough-hewn colossal and natural aggregate compound of sand, fossil and compressed tapestry of time into that of human form is a natural act of need. It is relieving to work with a hammer, chisel and stone. It promotes an understanding of material essence in which man (usually engendered as a male practice historically) is able to give birth to humanoid form. The strike of the hammer towards the head of the chisel and the flaking cascade of flint and stone chips becomes the chalice in which cultures will drink in affect and meaning from violent blows.

“Make no mistake- violence is an art form” 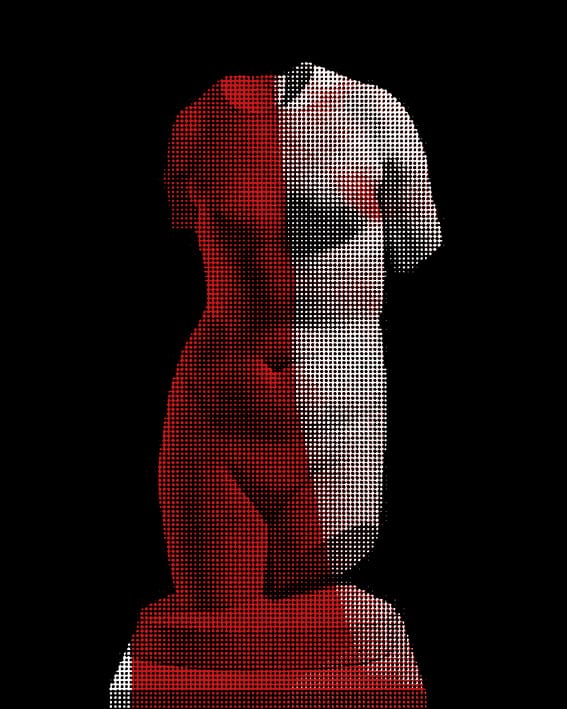 The immoveable panders towards fluidity. Sharp and jagged rock is smoothed and the veins of an arm or a leg come into clarity. The chisel is sheathed in a leather case, dusty with white talcum colored powder and the tools are packed as the sculptor stands back to marvel this David, this Endymion, this cold mirror of fallacies birthed from large rubble.

Time progresses and the same elements that gave birth to stone begin to weather its surface-pockmarking the perfection of this ritual towards the porosity of the natural tools of divination. Smooth surface erodes into something more akin to the reality of human decay. Yet, the immoveable block of stone stands idle until its myth is set against its surface again with a hammer, a foundling saw-powered by the black blood of the earth itself. It is a chaotic representation of death and the God living between the sheets of uncertainty and pulchritude. ISIS and Laszlo Toth. Monuments are in decline for their now dis-avowed meanings and their allegories of metronome and pulse of enfeebled representations. Thousands of years rent and spent in minutes and all captured on the new format of representation-youtube clips and Al-Jazeera reports.

Make no mistake- violence is an art form. Where I stand confused by performance art due to the theatrical value system and the actors within the tragedy, I do not hesitate for one moment when the birth of tragedies of these representations are crushed under the heel of a wavering and disobedient clash of ideologies. Iconoclasm is a violence that is necessary to check the inevitable. Paul Virilio, having spoken or written at large about terrorism and art had once made the reference to Karlheinz Stockhausen’s perfect allusion that 9/11 was the perfect art piece. It enabled culture, it enabled, awe, fear and spoke graphically of how we should treat our icons when the representation of these icons turns against the masses. At least, that’s how I like to read this bit of Virilio.

“Paul Virilio, having spoken or written at large about terrorism and art had once made the reference to Karlheinz Stockhausen’s perfect allusion that 9/11 was the perfect art piece” 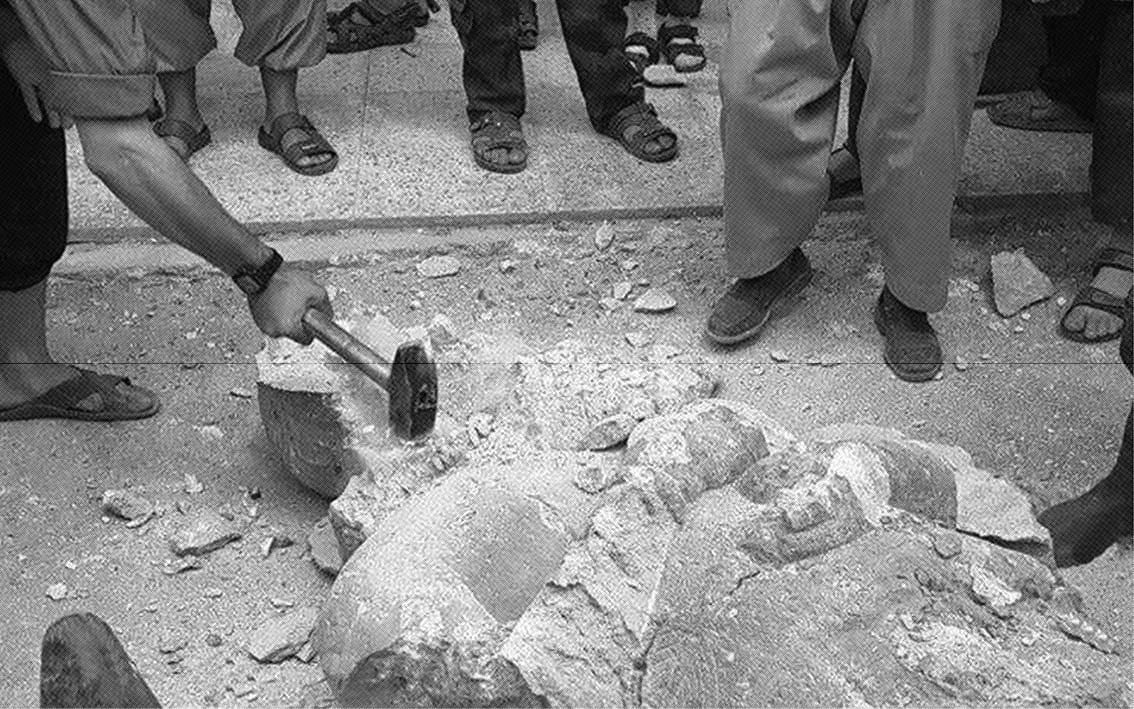 Iris van der Zee’s “Statue” is a small limited edition artist book that combines the historical illustrations of statues-many Greek in nature and subverts their possibility towards the infinite with a conflation of war torn images of the body. She has also sourced the inevitable images of iconoclasm by ISIS at Mosul and has pitched the fevered acts of violence as a question in which our cultural conditioning of history and art is challenged.

When is an artwork finished? Are the World Trade Centers only finished when the planes sink into their steel bellies? Can we assume Babylon’s work at an end when pneumatic drill erases their façade? These are interesting proposals if one can distance themselves from the blunt force traumas they represent in current political scenarios. Much crying, much anxiety and much loss pervade the minds in the West as we watch events unfold in the Middle East. I think of children in Syria lying underneath rubble, tiny rivulets of blood caking the sides of their mouths. I think of them as sorrowful sculptures. I see their relief coming to form under the debris, though I know this is an additive methododology of impractical sculpture. And yet, I ask myself why we are fixated less on those cooling sculptures than we are of its representations from 2000 years previous.

When the museum is smashed to bits, true lament forms. When thousands are killed in bombing raids in a proxy war with Russia over missile defense shields and the aforementioned black blood of the earth, why do we not gasp the same? This is a very powerful book if one decides to open it and sit with the uncomfortable allegories within. HIGHLY RECOMMENDED.