“The notes seem to have an automatic presence to them and conflate the image that sponsors them in an often times chilling program.”

Victor Hugo kept a series of notebooks in the mid-Nineteenth century in which all manner of perversion, fantasy and myth, which dwelled in his interior world manifested itself to the surface of his notepad from his hand- the same hand that had penned “Les Miserables” et al. The idea that thought races intrepid along some sort of internal highway from a spark in the brain to a twitch or gesture in one’s hand onto paper is exemplary in retrospect as a means of production in the Twenty-first Century. As I type this and I consider the technologically enforced decay of my hand’s ability to write with fluidity on paper, I am reminded of why it is important that I, Hugo, or Robin Cracknell force ourselves to contemplate this superhighway of synapse to action that exists in the material physicality of our journals and notebooks and to consider what is lost at times from the transition, but also what is gained in the automatic practice of notebook and sketchbook keeping.

Robin Cracknell’s collages have stuck with me for some time. I originally encountered the work on social media and was struck with the composition of a series of works which seemed to correlate an old empty travel notebook that had titles like “Hungary”, North Borneo” and “Iran”, but featured what appeared to be personal images developed in the standard 4×6 inch drugstore processing center or perhaps a local snappy snaps applied to a page with somewhat ambiguous, if persistently dark metaphorical notes. The notes seem to have an automatic presence to them and conflate the image that sponsors them in an often times chilling program.

These notebook pages that I saw from Cracknell exist like silent testimonies or relevant passages that undulate between the original image and the page that holds it. Title’s like “Lebanon Republic” though in no way discursive, lead the reader a distant perhaps parallel mental landscape and the photographic image applied to it tends to travel along with it by a staccato hauntological effect.

“Cracknell plays with aversion and identity politics while also employing the device of youth and the embattled ideology of innocence that comes with it.” 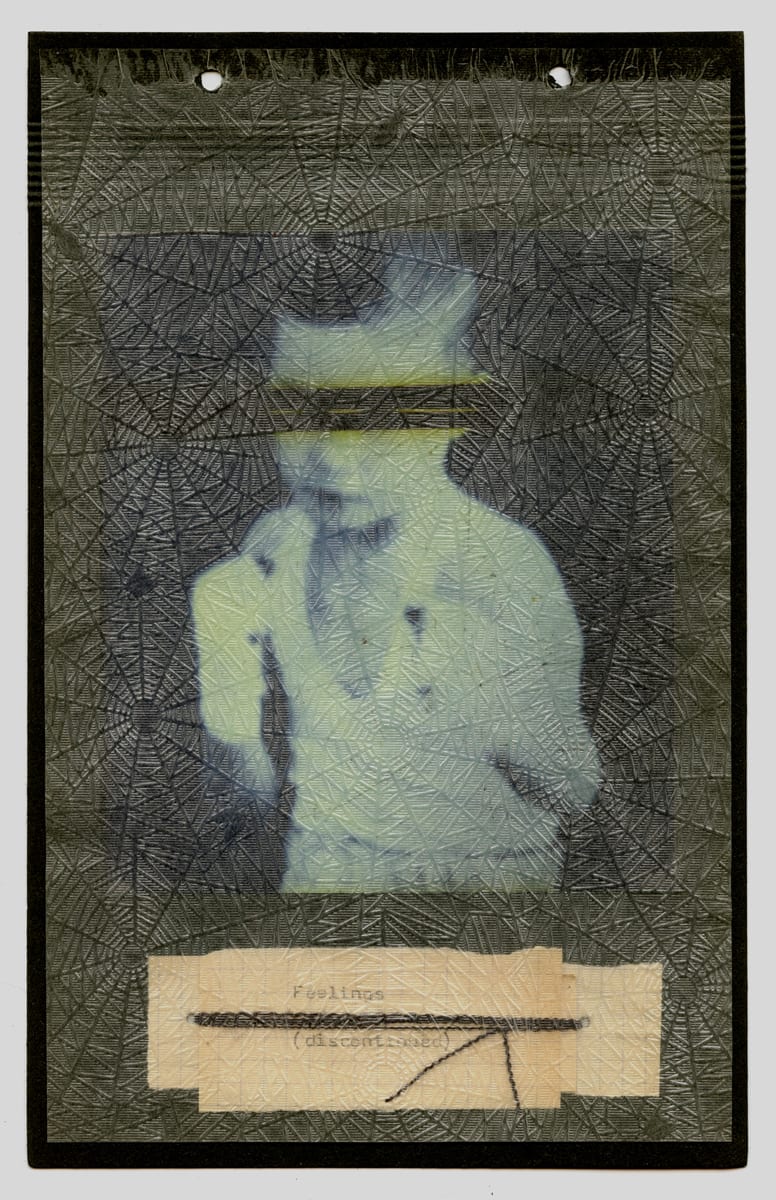 Notable in his works are the images of children and even more notable are the images of children and other sitters with their eyes hidden, identities foregone. Cracknell plays with aversion and identity politics while also employing the device of youth and the embattled ideology of innocence that comes with it. There isn’t violence to Cracknell’s aversion, but rather a soft hammer blow from an image to the reader that dictates the possibilities of their interpretation towards theories on memory, iconoclasm and the personal memento/relic. They are surreal, automatic and seemingly highly personal as mentioned before. I imagine this book and these notes to be formed from an automatic writing process by Cracknell for which no standard outside of composition is truly employed They feel like notes in a discordant, but considered opera.

Cracknell does not seem to be pushing a book campaign, but publishing the images on social media to see them on screen, which is also an interesting method of working. To take the analogue and personal, crafted by hand a home within vast digital worlds. The collages are enigmatic, challenging and a gift of sorts, but I cannot tell who the giftee is. I am glad they exist and that I cannot buy the book for now. Somehow to publish them in a static book format would do much to delude their relevance, personal or other.