“The often-thought need to dispense belief systems to writing surface should be questioned as when the integrity of the act is dissected, it is perhaps not only a function of the symbol itself, but also that of a raw genetic application towards a ritual construct greater than the meaning to communicate the idea itself”

These are treacherous notes to the end of things in Imperial America and it is one of many that I expect in the forthcoming years.  It is reasoned by many cultural anthropologists, Levi-Straus, Aby Warburg and the like, that the sum totality of human intervention of language and communication rests largely on traditions of oral communication, but also of memory fabricated in symbols. These symbols are not simply pictures that make words phonetic, but are rather a culturally and genetically ingrained phenomenon that are carried within the body before it is performed towards stone, tablet or paper.

The often-thought need to dispense belief systems to writing surface should be questioned as when the integrity of the act is dissected, it is perhaps not only a function of the symbol itself, but also that of a raw genetic application towards a ritual construct greater than the meaning to communicate the idea itself. This is to suggest that our notions of art for arts sake as seen in “primal” pictography is not an inherent need to create visual treaties, but rather a act of bodily compliance in society-we simply have to draw down the ancestral picture over that of the compartmentalized and individual need to summon individual creativity. And what service do we make of this notion if the book of revelations were our ancient tongue? What ceremonial scritpographic illusions would betwixt our thumb and forefingers if this act of illumination if it were confined to the eschatological? And what if we began to understand the contemporary tipping point anthropocene conundrums and dispersed their meaning to the tribes with the contemporary tools of our time-namely the camera and the Internet rewind cinematic?

I am fervent pest or believer in the least that living in the anthropocene, which is attributed to the decline of nowness and the sixth mass extinction of planetary life, that we may corroborate a certain symbology towards the end. That is to reason that with my ill-studied perceptions of genetics, that I am concretely seeking an interior code from which to measure the decline. I want to study the behaviour of humankind since the dawn of the industrial revolution to look for a systematic and prevalent structure for which to ordain my thoughts on the interior language of which humankind might acknowledge in its graceless decline. Afterall, If I am to understand symbol as inherent ritual over the simple fallacy of individualized artistic endeavor, then I must assume that our own genetic code hints at a burgeoning symbology of this shared end. Meteors, volcanoes, winged serpents, fires from the skies, the great deluge, these are transitional images of apocalyptic notions of such grandeur and they have been understood for millenia. I am seeking to widen the umbrella of communication to understand these ideas through snipets of modern life via photography and cinema. I want to understand the picture through the technology as it relates to human decline. Photography is possibly suited towards this endeavor, though its absolutes are far from ideal-because there are not any and the apparatus has not been engaged with enough to provide a coherent epistemology of shared arcane understanding in imagery apart from perhaps the setting sun. This being said, I believe we are entering into an era where the weave of seven billion people’s potential for mass extinction will yield a pictography that can be recognized if not by absolutes, but then by the sheer mass of images distributed and encoded by flame and flood alike. We are now absorbing images at a rate unprecedented. No longer must we venture into the cave, torch in hand to see the images of the horse slaughtered, we simply open up the laptop. With the torrent of imagery comes a possibility for a new speed of encoding or relativism within images.Our collective human perception and engagement for this distribution should, if not genetically, reach towards a shared communication of impending disaster as seen through trending and shared symbols culled like a great processor to find the images that share this relativism.

“I am fervent pest or believer in the least that living in the anthropocene, which is attributed to the decline of nowness and the sixth mass extinction of planetary life, that we may corroborate a certain symbology towards the end. That is to reason that with my ill-studied perceptions of genetics, that I am concretely seeking an interior code from which to measure the decline” 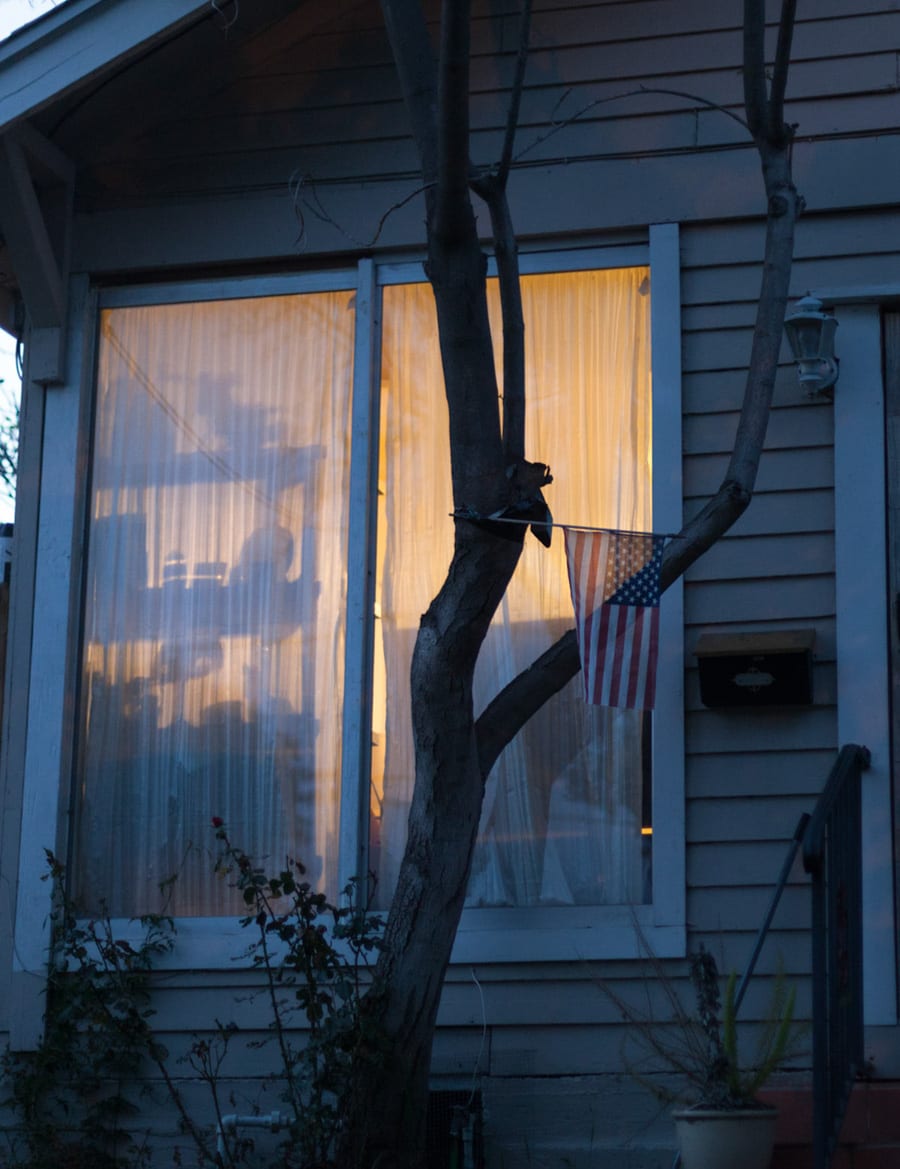 And so, my thoughts on the soft whispers of impending collapse in the work of Alejandro Cartgagena’s “Santa Barbara Return Jobs To Us”. This book is where I begin to hear and see the potential for collapse to be written on the walls of every petroleum refinery, every weed-laden and overgrown playground, swing tattering in a light radioactive breeze. It is a book where I find these cells or grains of image collapse strewn throughout the work in rather soft screams, not whispers. The loneliness that pervades the book, the night, the stranger illuminated by the phone-a panic that resounds and profits the illustrious world of safety within the home due to be smashed to rubble. There is the uncomforting facade of cheerleaders and the defecatory prowess of economy in imperial decay within the America that I have grown up in and are hinted at through the work. I see a sick cacophony of images within the pages that I understand as uncanny. I understand these images as metaphor to be writ large on rock, printed on billboard stations the world-wide, the surface continuum of a palpable vacuum of thought and progress marginalized for the sake of vanity and rule with the very foundations of soil its victim and expedient executioner all in one.

There is a Terrain within this book, bank facades, television soap-opera bravado and the night, ill-illuminated passages that remind one of the possibility of life without light under the cloud that seems to rain down similar to that of Native American Indian petroglyphs of terrible storms. This symbology, this fervent fabric of decline is screened within the book, but it is subtle and perhaps that is why, it is doomed, like human behaviour and meaning, to the sidelines of a genetic and shared understanding of images. After all, the images that present the cavalcade of great disruption are only written about largely after the event…” the great comet pierced mother earth’s veil and the many of life were lost”. To say the writing is on the wall within these pictures is a not so subtle travesty or a bad joke that we can explore together from the bottom of the well. This book is HIGHLY RECOMMENED and if you should find yourself clutching, do count your days as it is written and it is already upon you.

Santa Barbara Return Jobs To Us