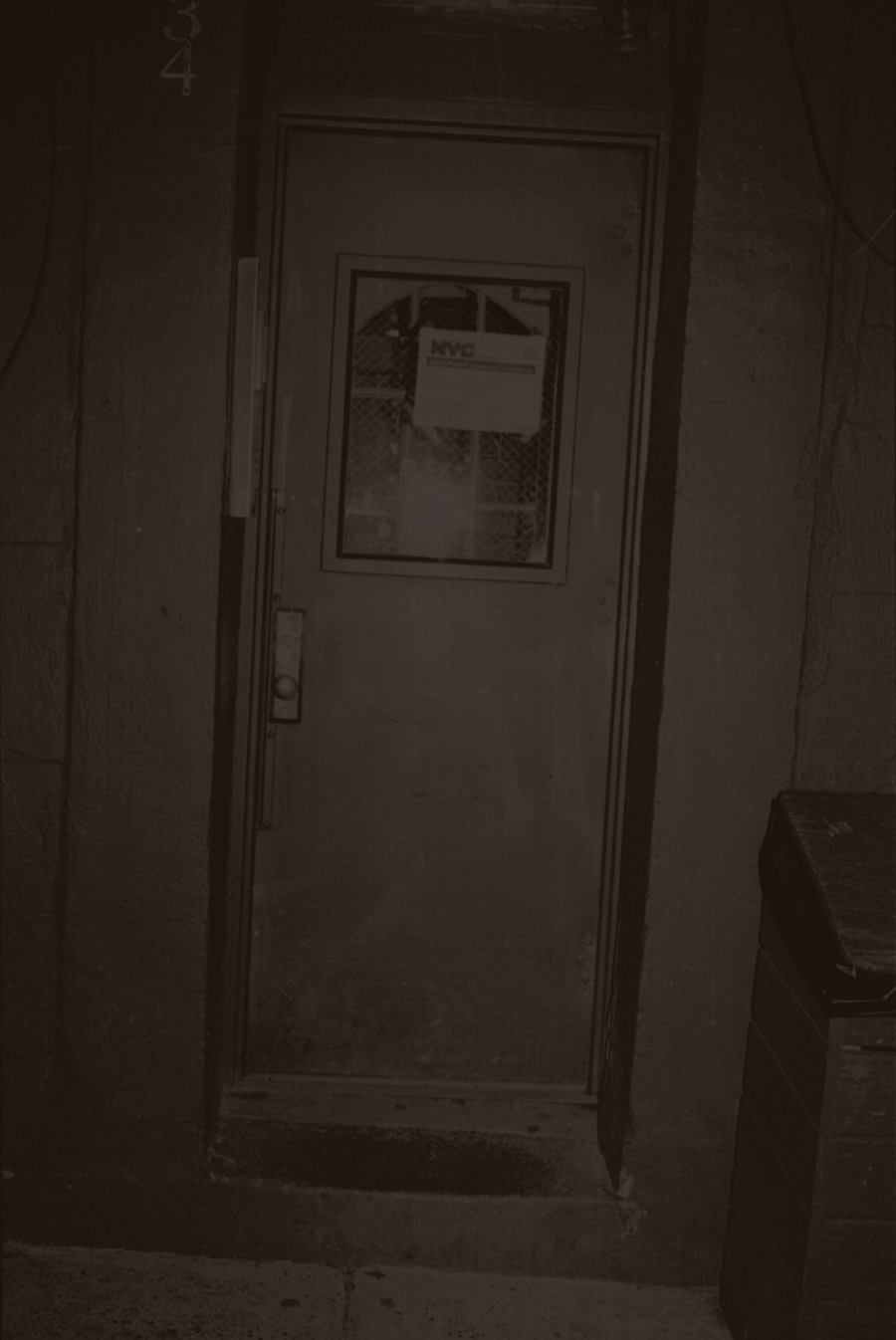 “Time, which has the erring human presence of disinclined mortal lifespans are somehow woven into the hockey stick chart of development and its finality awkwardly cloaks its graceless self over most adventures of human reasoning towards literary misadventure”

This record is not recorded in real time.  I wonder what its like to hustle the narrative of a tele-novella together. Do scriptwriters sit down over beers and proverbially “knock one out” together on some sort of morose circle jerk/shoot the biscuit mental scenario when trying to co-ordinate their attack on a particular motif or pastiche? Are there Loud shouting matches over a small three-legged wooden table with a knotted and burnt top in which the three or four writers argue incessantly over the pink (ish) chromatic interior fading shot panning over the lithe, limp, wet body of the youngish brunette girl festooned in swathes of more pink cloth and cheap gold brocade who accidently, or was it purposefully, took too many tiny 7mm blue heart-shaped pain killers (some sort of pam) and by coincidence crossed the brazen pharma-digestive with a heavy bottle of knotted worm-filled golden tequila because of her painful miscarriage due to an abusive lover, or was it after finding out that her heart dysrhythmia was the result of the criminal genealogical impurities on the part of her undisclosed criminal father’s (who in turn turned out to be transgender with fully adorned sleeves of prison Zetas tattoos) hereditary lineage? Do they get really sweatily aggressive and outwardly demonstrative when trying to decide how far the chipped spot lit amber whiskey bottle fell from the pale wet body in see through pink dress when it haphazardly or potentially with swan-like grace, landed on the niched and dirty, or is it clean, hard cherry wood, or is it oak floor of the 1950’s or possibly 1960s style two-bedroom, or more romantically three-bedroom bungalow, spilling forth through the neck of the bottle its liquid contents and  one or two beige colored worms with tiny prickly feet ,causing the last drops of tequila to hang from their protuberances in an awkward manner in that shining radiating spot light?

I would assume that in every reference of this deathly action, the great mediators concerned over real time and real event fiction must consider every over-reaching skeletal detail embraced within this conceptual gang bang that the script must contain when working when their minds frantically try to seize the story from the crushing hand of ill-conceived meta-realities. Narratives are thus derived and crafted from the comfortability of understanding linear time. Time, which has the erring human presence of disinclined mortal lifespans are somehow woven into the hockey stick chart of development and its finality awkwardly cloaks its graceless self over most adventures of human reasoning towards literary misadventure.

Events unfold and they are not always imbibed with callous tragedy. We have conditioned ourselves to read time and linearity in such basic and simple elements. Start. Building tension. Apex, denouement, end. That is a pretty base way of looking at narrative structure, but human “ingenuity” is often written thus. It suggests that when consuming or creating storylines, we are conditioned, possibly by cinema and theatre to look to the story’s arc in a number of abbreviated moments of linear time that are corralled into a re-usable pattern where the beginning of the story is often strongly sympathetic or anti-sympathetic to the ending. We need or want the digression of character etc. to play out to our expectations or completely obliterate them. Such is the futility of how human creativity has harnessed “the story”.

The problems associated with the human condition, lifespan, linearity and understanding and displaying time are not only harnessed to the printed word. We look at the “story” when we read photographs in a book. Somehow, unless factored into the obtuse, oblique, and often unnecessary routine of art dialogue, we are at the mercy of looking for something we can “read” in momentary sequence. It is not such a simple thing. We have inherited a way of understanding events and time through images or are allowed to fashion our own prognosis of the interpretation of linear elements by looking inward and at the spaces between images….“then this happened, but how does that work with what came before…where is the fever pitch moment”…and so on and certainly so forth. All is a conditioned pursuit of thousands of years repeating the same gratification of linear reason.

I usually start writing about Photo books because they take me somewhere. I have a general rule that I want the photographs to take me to my own place of investigation and do allow for my own understanding of the material within to lead me there before engaging with any text provided. It allows me the freedom to tender my own imagination. It is to disregard the intent of the author for my own enjoyment, understanding and perusal. Some books leave me without any sort of answer and then, by investigating text, I can look into what the images may or may not reflect depending on who has manufactured the intent, if not the author.

“It suggests that when consuming or creating storylines, we are conditioned, possibly by cinema and theatre to look to the story’s arc in a number of abbreviated moments of linear time that are corralled into a re-usable pattern where the beginning of the story is often strongly sympathetic or anti-sympathetic to the ending”

For “Played”, by Yoshi Kametani for Editions Du Lic, I have dictated myself a similar affair for reading the book. The images within the book do indeed correlate to the story that Yoshi has written. When I looked at the syrupy black images, I was in New York in my mind and without relying on the text to tell me so. There are obvious clues to the location. However, they are somewhat obscured by interior images, corners of delis and so forth that are abstracted from the normal hustle and bustle of NYC street life that many of us are accustomed to if we have spent time there. These images stall out the notion of linear or progressive movements of time. I did sense linearity, a plot, and a cast of believable characters within the images alone. Given the title and my understanding of events that I have lived in my own life, I was able to interpret the drama within because of my conditioning towards time and image making. After reading the text, I was surprised at how well I was able to read the story before actually reading the story, which begs the question as to whether or not the writing was necessary. That being said, the idea that fascinated me was the space between images, the moments as it were, where I had to syncopate the story in my head with the plausibility of what may or may not happen next when I re-visited the images after the text. The images do play in a meta-narrative context, but the moments in between, which the text enables, are employed like a play crafted towards the story arc in a much more interesting affair. It is a new way of looking at the photo-story in which captioning or text can aid the pictures, but the device of which is necessary in so much that it put forth questions of what is literary and what is biographical within a perceived moment or value of time. I am still inclined to think after re-reading the text, that Yoshi did actually get played, though I cannot be sure that this is not a drama that is manufactured based on his life, biography, and the creativity within his mind.

The images also foreshadow the compunction to think of the images in tele-drama effect. Printed very dark, they seem to have a somnambulistic approach. I can’t tell if this was something that Yoshi woke up with in his head one morning and then decided to fabricate the images or if he lived through it and then decided to illustrate the experience. Perhaps it was that he was making images throughout the experience. This is the position of the author that I highly regard within photography. We are consumed with story telling, with narratives, with plot twists and turns, but with photography, we often consider the possibilities to be real time events or “actualities” as real within our understanding of time. The notion that they may not be, that they may be sonorous interpretations of dream states or plausible scenarios bearing no “reality” to an experience is what makes the book quite fascinating. This is a very New York book. I sense that it is indeed biographical by the passion for which it is written. It reminds me somehow of Larry Clark’s “Kids”, penned by Harmony Korine or perhaps “A Guide to Recognizing Your Saints”.

Though not entirely a coming of age piece of literature and imagery, it feels perhaps like the changes that resulted under Giuliani in changing the face of New York and Time’s Square in particular, speak of an age of loss or bittersweet recollection for the “Streets of old New York”. Everything that was awash in seediness, anti-social behavior and sub-culture sex or other, has been washed from the façade of New York under the guise of the penetrating and sweeping broom of capitalism. That is not to ruminate over the possibilities that it could be better to get knifed over a bad deal over than that of getting a brand affiliated coffee, but it is another small scream about the callous financial change that the world is undergoing at present. I talked of the “septic familiar” in the work of Klaus Pichler who has tackled similar, if more documentary solutions to recording these urban shifts in his “Golden Days Before They End”. Kametani’s “Played” is a nice counter balance to that book, if a bit more personal. It is orchestrated by details and it is a great movement towards the synthesis of a singular perspective in photography that is not relying necessarily on what the viewer does or does not know about the images or perceived concepts of time within, thus de-stabilizing the relative need for linear storylines pitched at an understanding outside of the authors. It’s a unshrinking book in the sense that it plays with tropes of the diminishing underground and does not give too much of a fuck if you get it or not. It is highly personal and the moments lived inside are made for one as is time itself, but it has shared as a small slice of possible real life. Highly Recommended.