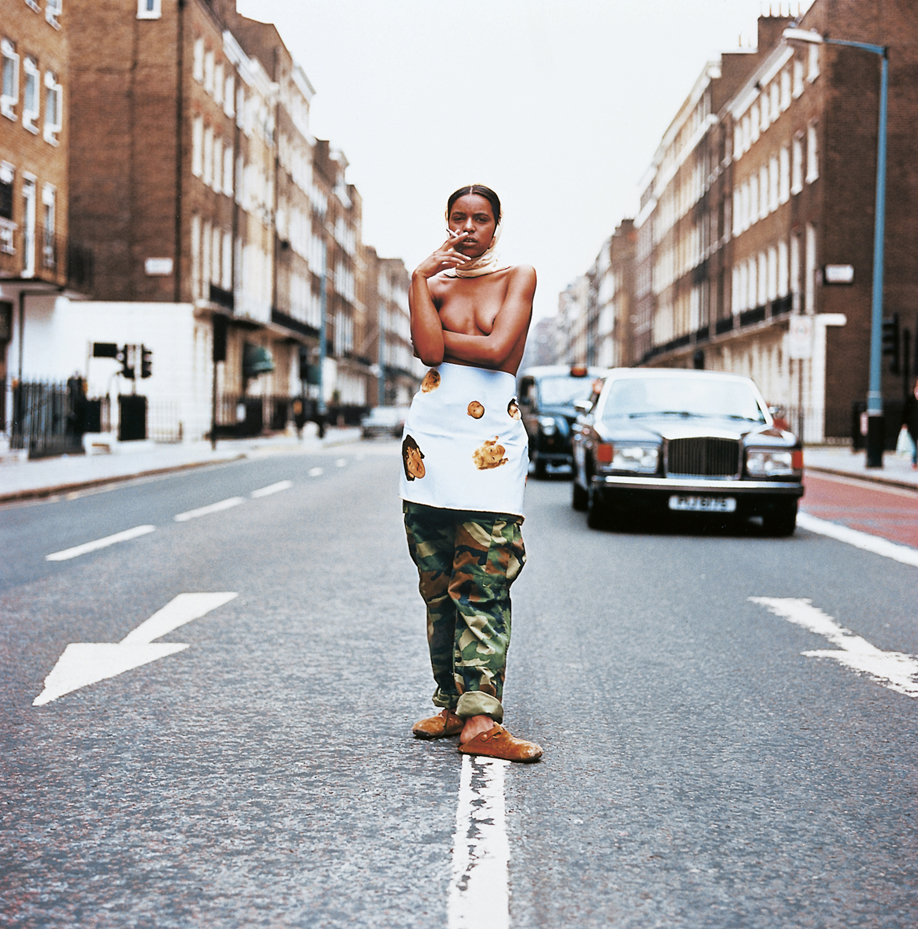 Wolfgang Tillmans has consistently pushed back against whatever perceptions of his work seem most current.

The apparition of these faces in the crowd;
Petals on a wet, black bough.
—Ezra Pound

By Russell Ferguson, excerpt from “Faces in the Crowd”

Wolfgang Tillmans has consistently pushed back against whatever perceptions of his work seem most current. If he is thought of as a casual, snapshot photographer, he produces a book of formal portraits. If he is thought of as a photographer of people, he works on View from Above, 2003, with no people visible at all. Or he will make abstractions. Sometimes he will mix all the work together. At other times he will carefully divide it up. His recent book Truth Study Center, 2005, is sorted by category, he says, “but in a non-systematic way.”2 There are undeclared categories, non-categories. The flow from one to another is continuous.

Portraits, however, are something of a constant. As he said in 2001,

All of last year I took more portraits again and it’s something I guess I won’t ever really tire of—sometimes I don’t feel I have anything to contribute to portraiture, and then, suddenly, after a year or two, I find I have a renewed, refreshed interest in people. Growing tired of people in general would be a terrible thing to happen to me. Making a portrait is a fundamental artistic act—and the process of it is a very direct human exchange, which is what I find interesting about it… The actual dynamics of vulnerability and exposure and embarrassment and honesty do not change, ever.

Who does he photograph? The answer he gives is “people that I love in some way, that I want to embrace.” This sense of intimacy is perhaps most evident in the photographs of Tillmans’s late partner, Jochen Klein. Jochen taking a bath, 1997, for example, is a quintessential Tillmans photograph, combining personal intimacy with a casual elegance of composition. But Tillmans’s portraits also radiate out from this one-to-one intimacy, documenting friendship and love between other people in his circle, as in his extended series of photographs of his friends Alex and Lutz, and further out to include public figures about whom he feels fascination or curiosity: an eclectic group that includes, for example, the actress Irm Hermann, the architect Rem Koolhaas, and the rock singer Morrissey. And, of course, these categories themselves are somewhat fluid. Aphex Twin and Moby are famous musicians now, but they were not when Tillmans first photographed them. 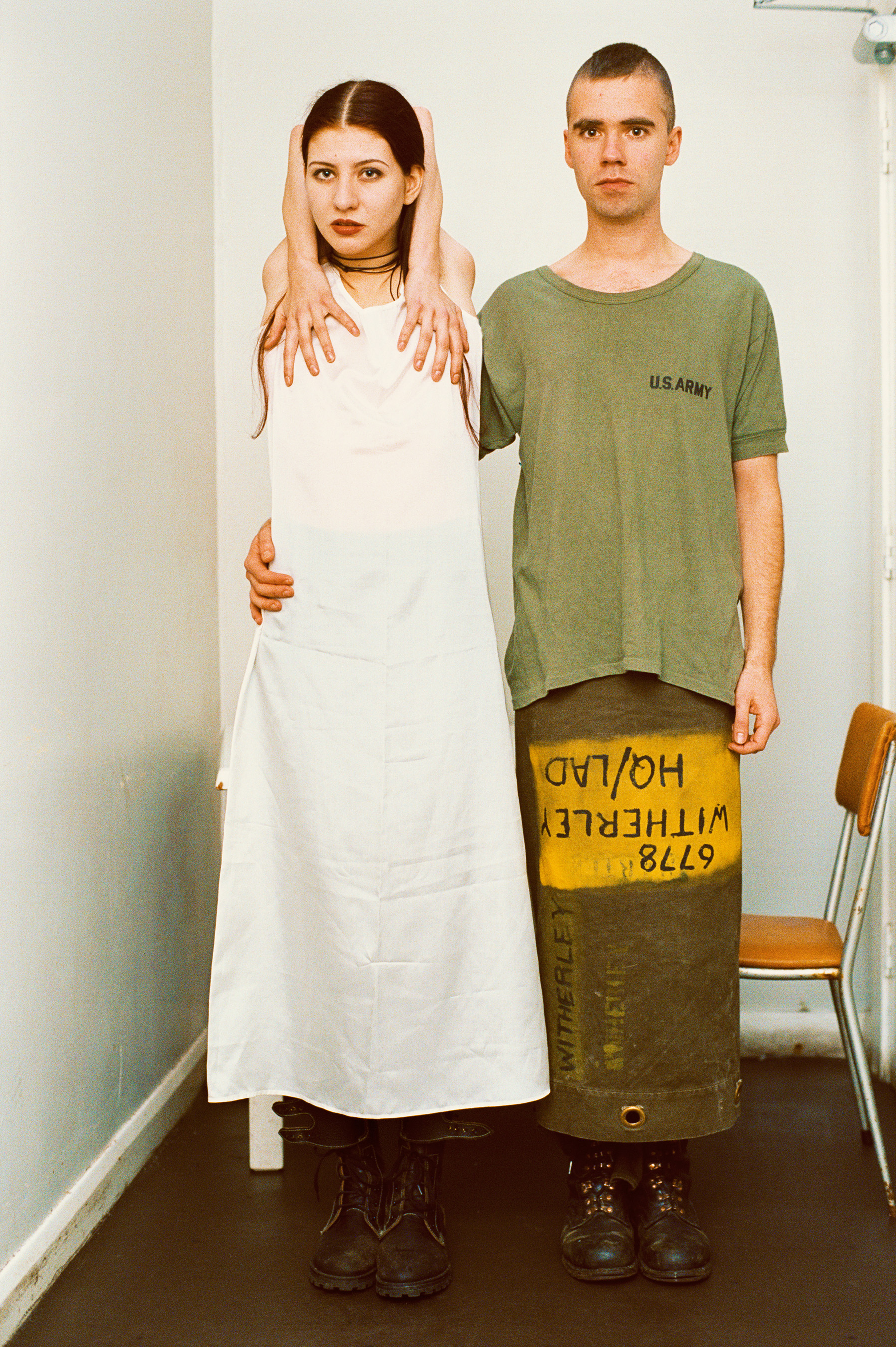 Although many of his portraits are highly memorable, even iconic—such as Corinne, 1993; Suzanne & Lutz, 1993; or Supergrass II, 1997—they remain fundamentally untheatrical and rooted in a social context.

Although many of his portraits are highly memorable, even iconic—such as Corinne, 1993; Suzanne & Lutz, 1993; or Supergrass II, 1997—they remain fundamentally untheatrical and rooted in a social context. It is important to remember that when Tillmans began making portraits, the dominant form of photographic portrait was the intensely theatrical work of Richard Avedon and Irving Penn, whose subjects were routinely isolated and in a sense removed from the world. As Benjamin Buchloh has written disdainfully of this work,

Their emphasis on the persistence of the photographic and pictorial category of the portrait is as desperate as that of the depicted “subjects” themselves, whom they retrieve in the desperate forms of eccentricity and transform into spectacle as freaks and the victims of their own attempt to shore up traditional bourgeois conceptions of originality and individuality.

Tillmans’s subjects—although they do often make an extreme assertion of their “individuality”—are always social subjects. His portraits blur the distinctions between public and private people, public and private situations, but his subjects are never removed from the specificity of their milieu. Whether other people are present or not, they are always implied. There is always another petal on the bough. This rootedness in a social context can result in confusion about Tillmans’s aims. He is not a documentarian of subcultures, for example. “I never set out to be the photographer of the nineties, the techno generation,” he says, “but these were the people I felt close to.” The documentary aspect of his work is a secondary effect of the pursuit of emotional responses, but those responses take place in a specific social context.

If Tillmans rejects the ostentatiously stagy quality of portraits by Avedon and Penn, it is not necessarily a given that he is striving, instead, for some kind of completely unmediated record. He is not naïve enough to believe fully in that possibility. Tillmans’s portraits actually blur the question of authenticity, complicating the widespread assumption that an apparently straightforward photograph of someone is a record of them “as they really are.” He works instead at various points along a hypothetical line between a totally found image and a totally staged one. Many of his portraits are conceptual works executed in collaboration with his sitters, and they play with the relationship between constructed and so-called authentic identities, and how these are intertwined. Most represent their subject in a relatively straightforward way, but some of these people are to a certain extent acting a part; both aspects can be present at the same time. This is particularly clear in a number of photographs made in the mid-1990s, including Felix outside The Lure, Gillian, Bernadette Corporation, Smokin’ Jo, Rachel Auburn, all 1995, Nan reclining, 1996, and the photographs of Kate Moss from 1996. 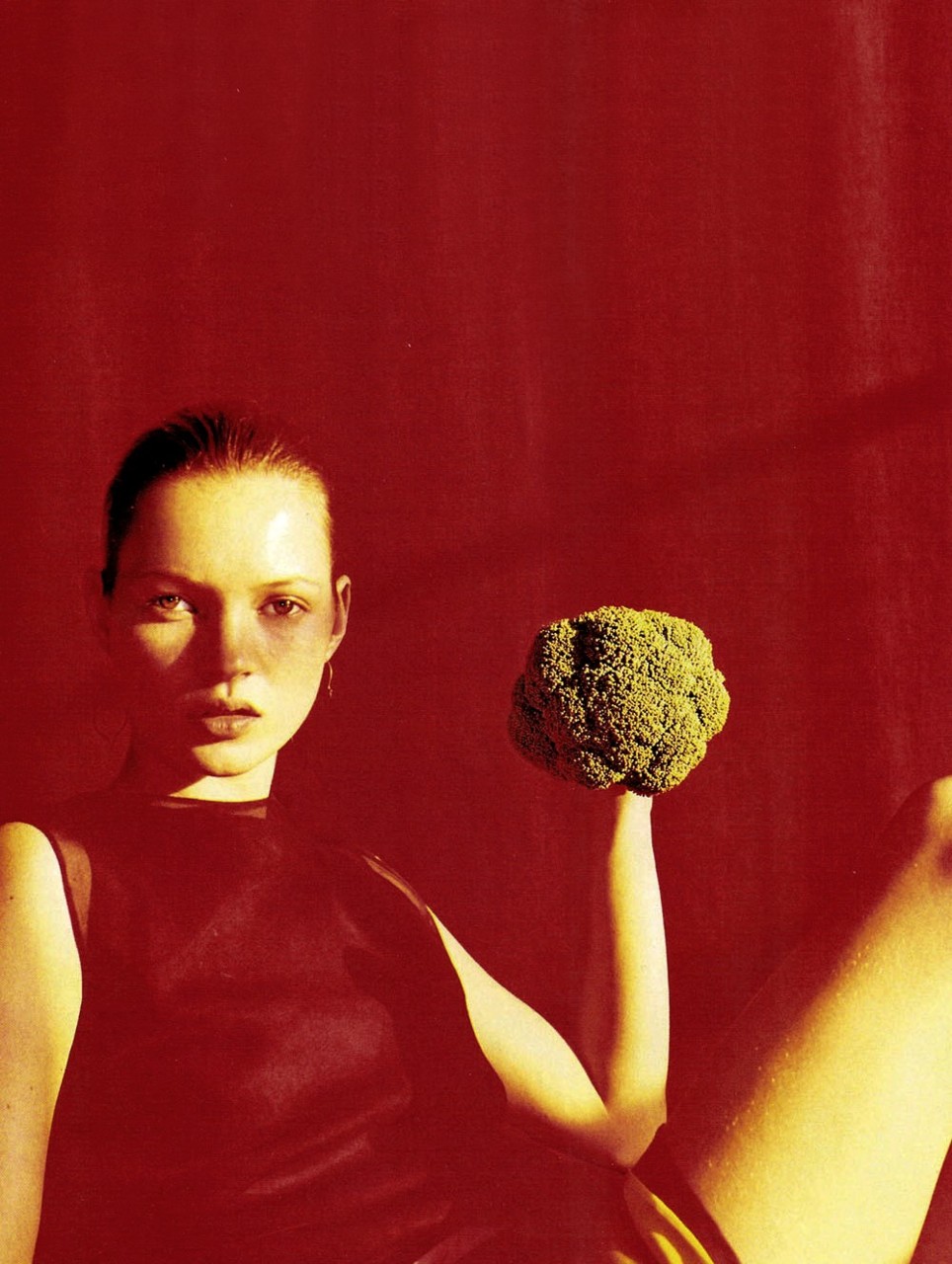 Of course, the people he represents are individuals, with their own styles, their own vulnerabilities, their own self-confidence and sense of how they want to present themselves. But they are also components of a larger picture. Their images become part of a mobile network, constantly rotating, shifting, recontextualizing, and generating new meanings from new juxtapositions. Tillmans’s distinctive installations reinforce this idea of a kaleidoscope of images. The photographs can be experienced like a conversation between friends, shifting focus all the time, but also returning to certain themes, to certain faces.

While any particular photograph can be taken as an individual work, most compelling is the larger dialectic between the image as a document and as evidence of Tillmans’s own specific aesthetic. I hesitate to describe any artist’s work as poetic, but the accumulation of apparently neutral and straightforward images in the end inescapably suggests a very precise way of looking at the world. In early twentieth-century poetry, the imagist movement rejected the sentimental tone and elaborate vocabulary of the Victorians in favor of precise images and straightforward language. Ezra Pound and William Carlos Williams were among the best-known poets associated with the movement. Tillmans, comparably, rejects a self-conscious aestheticism and makes the claim that a direct vision can be as powerful. His deceptively straightforward images, often mistakenly thought of as casual, work in this tradition, inviting their audience to accept direct communication, and at the same time to take it seriously as art. Like Pound’s faces in the subway, “Petals on a wet, black bough,” each person who appears in Tillmans’s photographs might or might not have a striking individual presence, but they also form part of a larger composition. Any single image might seem slight, quotidian. In the accumulation of details, however, a highly specific vision emerges.