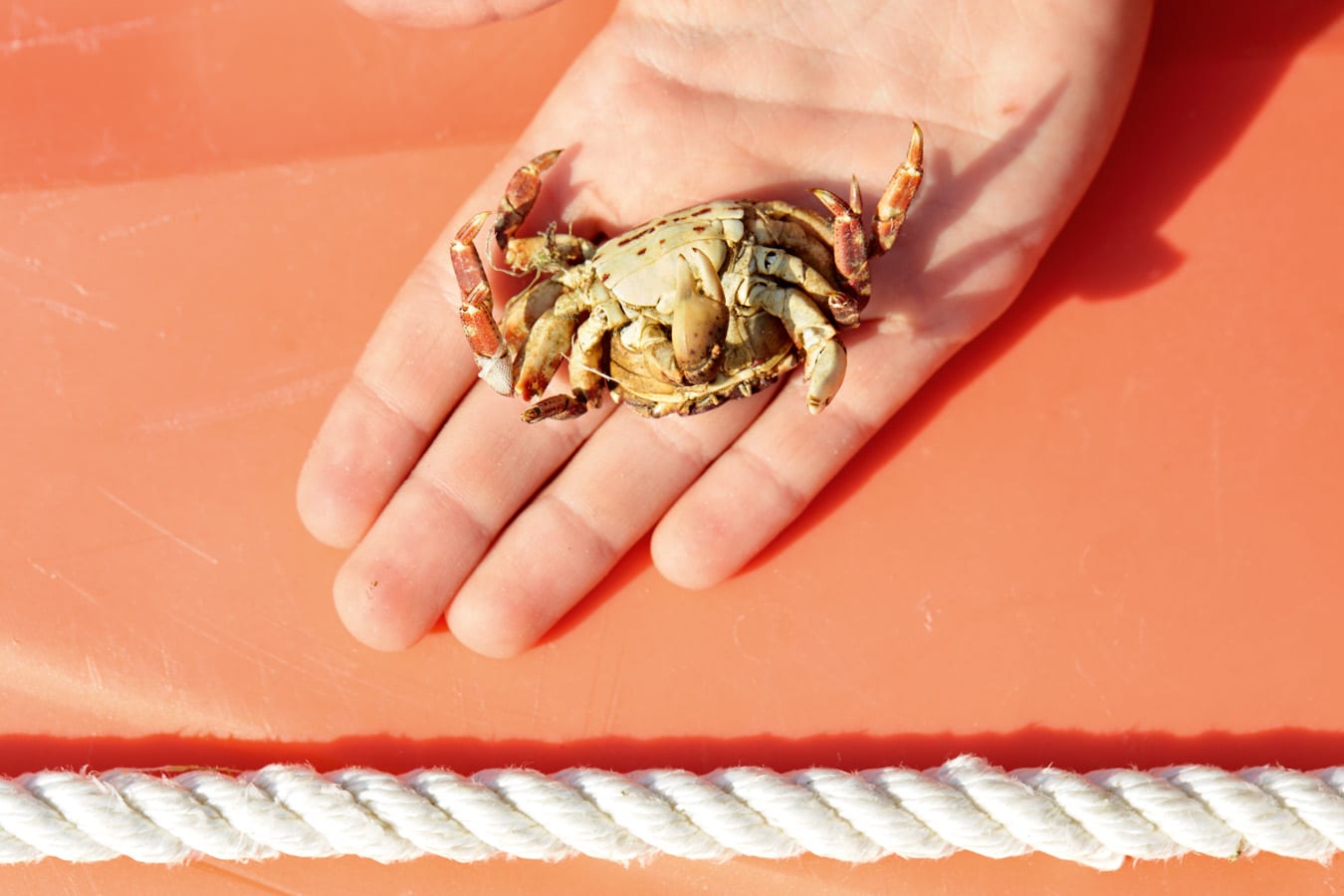 “I’d say there is a duality that is keeping things unresolved. The narrative isn’t faux, it’s mine and not mine”

Roe Ethridge is an artist whose works presciently describes the unnatural status between photography, consumerism, and the pictorialist tradition of a hyper-sensualized realism. It is a paradox between idealism and the uneasiness of its super presence. I had a chance to have a small discussion with Roe, whose new book “Shelter Island” for MACK is available now. The book takes a look at the idea of the family summer, but presents the context of the images within the genre of photography that Roe is currently defining alongside other artists such as Torbjørn Rødland and Christopher Williams. Each artist mentioned employs a photographic aesthetic that subordinates reality towards an infinite loop of digression and anxiety, but also, beauty. He is represented by Gagosian Gallery. This is his fourth title for MACK.

BF: Your images have been featured in a book called “The anxiety of Photography”…In the book a set a paradigms have been introduced for the consumption of sleek images often calibrated from an advertising aesthetic, but are centered within the trajectory of a fine art practice. We live in an age of hyper-consumerism and capital pedigree, which features largely in the practice that you employ with the medium. Consciously placing these similar strategies or techniques in your series “Shelter Island”, which is a sort of ode to place and the interior world of your family, might seem unnatural to the viewer. Do you see the images in Shelter Island as differing from your other works in the sense that the subject matter is quite intimate, even if the same aesthetics are employed from the annals of slick consumer aesthetic?

RE: Yes although the notion of a complicity in the production of the image is still there.  The book was initially intended to be just portraits of Nancy but then it took a turn into this kind of family story.  For me “close at hand” was the mantra of last summer and the family, the coke bottles, the phone, the shell, kite, crab the were part of that. Another example would be the tight cropped portrait of my daughter.  I discover the image on my phone after the kids had been playing with it. My son made a portrait of my daughter, which she then zoomed in on, cropped and made the screenshot.

BF: How do we ingest and re-format that which is the nostalgia of the halcyon summer day? Like much of your work, the images in Shelter Island feature an almost cinematic degree of muscle to the static image. They appear to be hyper-real fragments of some lost home movie. The correlation between glossy and intimate almost begs for a narrative to be enabled in the book. Is there a sense of faux-narrative that takes place in the work when you edit it and can you see this as a body of work and not a memory of a place, a summer, and a family?

RE: Absolutely.  Hopefully.  I mean it’s obviously personal and the sequence is largely chronological but it’s also a hyper stylized set of images with an intention to deliver the melancholic, though I recently had a friend tell me she thought it was like a JCrew summer catalog, which folds it into your first question. I’d say there is a duality that is keeping things unresolved. The narrative isn’t faux, it’s mine and not mine.

“I feel like a lot of the new work is about exactly that! Instead of death and finality I would say it is perhaps about infinity or eternity because of the fugue and its seemingly endless variations”

BF: You have once said that your work is “against death and finality”… once you have created a body of work…do you consider Shelter Island to have an ending? Or do you consider these bodies of works as a linear investigation into an overall arching career of your entire body of work? With Shelter Island…the work almost graces itself to an encapsulated and finite time…

RE: Yeah that’s a slightly embarrassing quote to me now. haha.  I feel like a lot of the new work is about exactly that! Instead of death and finality I would say it is perhaps about infinity or eternity because of the fugue and its seemingly endless variations.  But the subject of the work may in some ways be about endings.  End of summer, End of flower, End of author, End of a crab’s life…

It was important to me to try something that had some very simple rules.  Play it straight, no crazy juxtaposition. But I couldn’t get rid of the image of Pamela Anderson with the grapes.  That decision came out of a trip to the Wallace Collection in London where I saw these Bacchanalian figures with the grapes and thought, I need that Pamela image, originally shot for Gentlewoman. In the book she’s a sort of ubiquitous pop intruder but also announcer of the end of summer.

BF: The repeated image factors in your book. There is something abrasive to the repeated image and their replication or subtleties of difference as within each image is like an unnerving clone, so very close to the original, yet its presentation begging questions of what is different within. It is as if to suggest an empiricism of visual cloning analogies and hammers at image consumerism-billboards, advertising and so on. Warhol seems to have been the most prolific user of this multiple/replication device. Can you give me some insight into the insistence for you to use the same image multiple times?

RE: Ah, the two kites I think were to somehow emphasize a whimpering death or submission.  I guess if it were a song those would be an outro.

Sometimes this is a device to simply say look again at the image.

More than one suggests a multiplicity.

BF: The emancipation of plasticity in photography interests me greatly. What I mean by this is that you have taken an adept advertising-like approach to many images that you produce, and in doing so, you adversely “lift the veil” of their commercial potential into something greater. The images arouse questions of what advertising or product images are or are not, as well as what …sorry to do this…”fine art images” are or are not. I think since the 80’s, the tender notion of anything remotely bearing kitsch or a heavily commercialized aesthetic has been lauded as problem for the fine arts aesthetic, unless you are Jeff Koons or Richard Prince, etc. Yet, within the context of recent photography, the worm seems to have turned towards embracing the nature of photography’s complicit role in the plastic or advertising type of image with its slick surface, its mutability or potential for parallel representations…can you explain why this tradition seems to be being embraced now in current times and practices? Is it digital? Is it network culture? Hyper-Capitalism? Is it the intended possibility of a cleverly re-developed stage for a continuum in which each image presents several non-linear possibilities of new meaning based on previously understood aesthetics? Are we embedded in a society that plays with parallel potentials of this representation through these images because we are bombarded with them and have we come to a point where we use this system to cast its potential into another realm of significance…long winded, I apologize…

“Here’s a few words that may help explain my rejection of pure bred photography and how I became a mutant… I was overwhelmed by the commercial image in the same way that Casper David Friedrich was in awe of a frozen river.  It was part of a common sublime that had intrigued me since childhood” 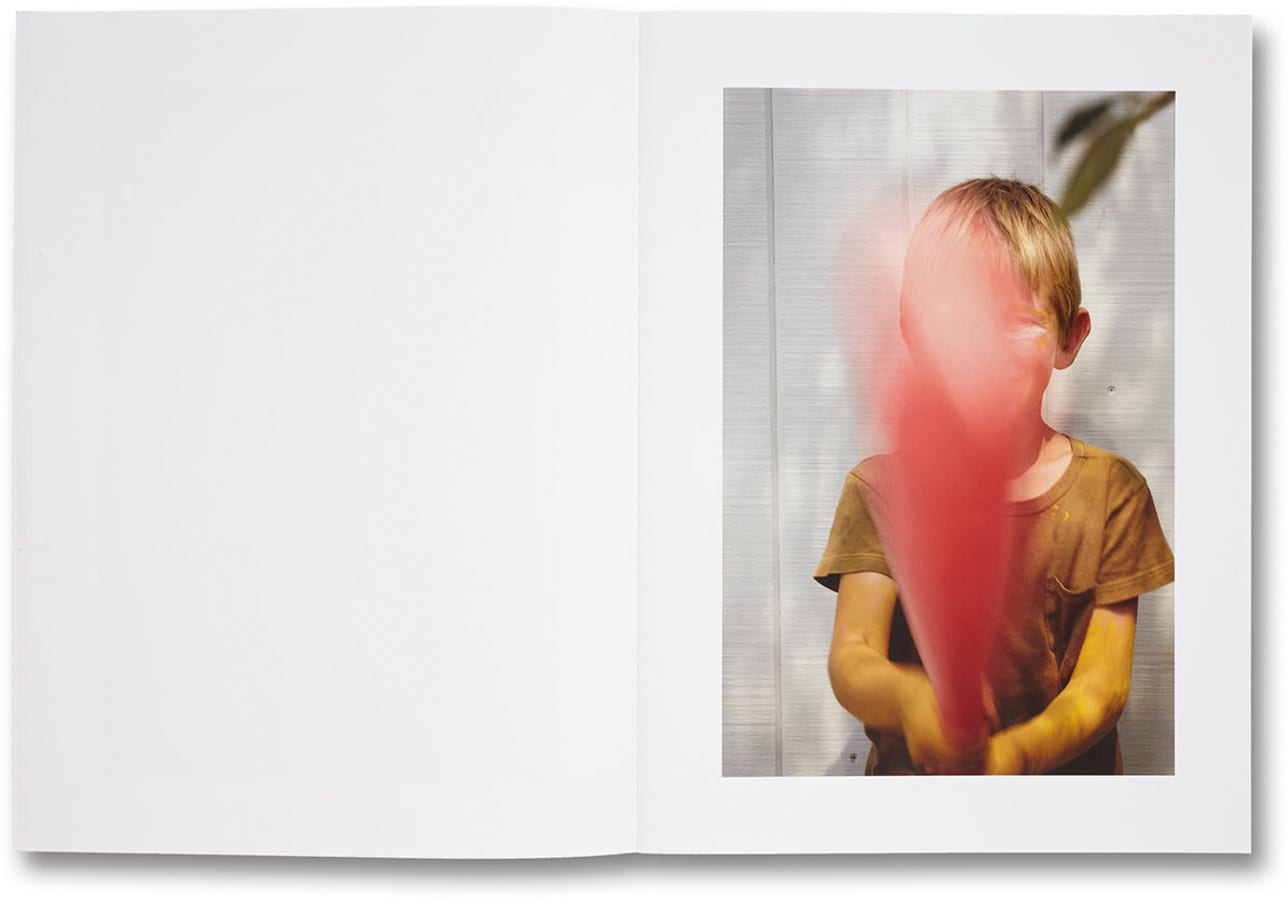 RE: There is a word for the phenomenon of influence skipping a generation.  Do you know what it is?

I can say my generation hopping started before digital imaging.  Here’s a few words that may help explain my rejection of pure bred photography and how I became a mutant.

I was overwhelmed by the commercial image in the same way that Casper David Friedrich was in awe of a frozen river.  It was part of a common sublime that had intrigued me since childhood.  I am also old enough to have been directly influenced by Koons and Prince. And they’re precedents Warhol, Lichtenstein amongst many others.  I think of that stuff as a kind of understood, like it’s always been there.  At some point around 2000, I started embracing the idea of the pictorialism as a stylistic taboo and that quickly lead me to fall in love with the split between the applied and fine art aspects of that movement.  And that’s where I found Outerbridge.

BF: There is a sense of the uncanny in your works…as if there is a bubbling parable to some of the images…the “Santa Dan” Santa Claus image in particular says “Wal-Mart fucking shopper” yet it also says…“I’m coming down your chimney” and seeks this parallel potential as potentially nefarious…what is it about the duality of the aforementioned image that attracts you to the uncomfortable?

RE:  It’s a bit like the Shelter Island book.  He is “our” Santa from “our” mall and also a man that lives in an apartment building in suburban Atlanta.

An impersonator in a costume.  Real and unreal.

BF: The vacuum of the real and the unreal…very difficult concepts to groom into theory or image I imagine…this line, this duality…are you able to get an image fairly quickly like this, or does this stage of that thin border between the real and the unreal take you a lot of time to peg? Is it your initial vision/capture or your working/editing vision? I like the idea of you working for hours on the metabolic unreal…

RE: It takes no time for me.  I was steeped in it.