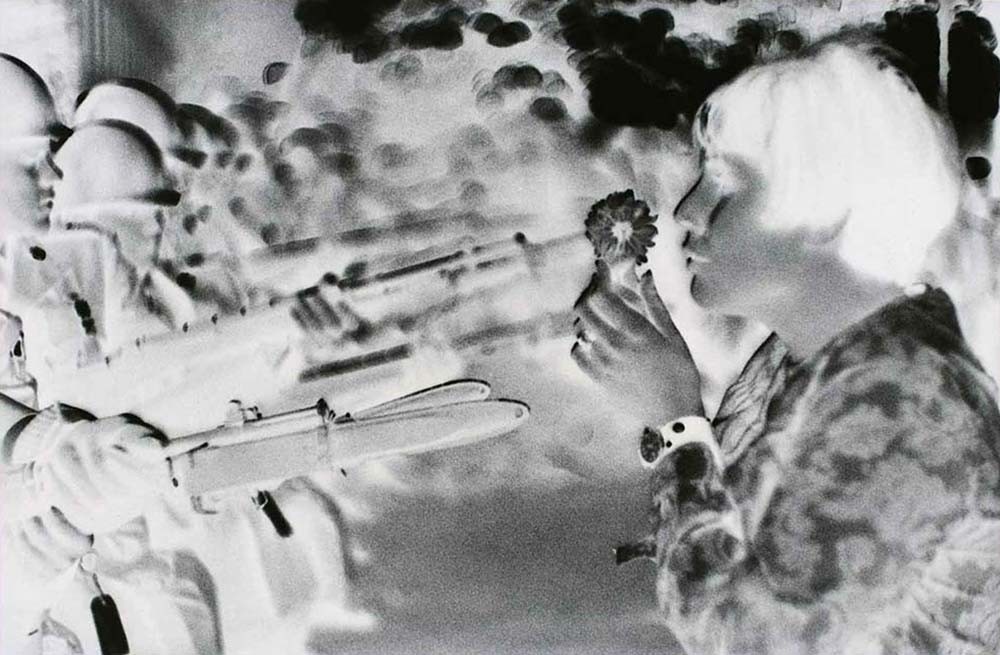 The Bachman photograph bears all the problems of 2016 and photographic culture in particular. We have given away our sincerest needs for the validation that protest imagery enables to the Hollywood icon machine. Riboud’s original work was not intended for the cinema, but in identifying images that hold “iconic status”, we are doomed to repeat the problems they illustrate. We must take some amount of sober recollection to what this means. It is to play a grave social problem on a loop. We are pilfering images of iconography-images that transcend a singular experience into mass understanding, but we are doing so with a zombie prescription that doles out its numbing elixir in repetition. With this repetition comes the sincere weight of repeating the past by welcoming ourselves into the fold of the ineffective. This image is a sequel. It is a sequel to the challenges of protest and genuine political struggle. That the girl in the photograph is impeccably dressed, and that the image is cinematic is to play folly to the realities that it represents. We are caught in the vain insistence that we cannot share in a struggle unless there is an image to front it with. The Bachman photograph is not a plagiarism per se, but it is certainly more emblematic of the complete dissolve of society under the aforementioned repetition of images.

We seem to be unable to understand a struggle unless it looks like a cinematic frame. We seem to understand it best when it feels familiar and this familiarity is the greatest part of the problem. Ieshia Evans, pictured in the Bachman photograph- the brave girl who held her ground in the advance of the machine is not to blame. Her dress code is not to blame. That we have to endear ourselves to such a perfect photograph is to blame. This is not new, Dorthea Lange’s “Migrant Mother”, Eugene Smith’s “Tomoko in her Bath”-all of these images play to cinematic perfection. The sin of all of this is that we have a collective and incessant need to even the struggle against oppression by playing out our empathy in images that we can relate to. Can you relate? White western educated affluent media reader, can you? We relate to the pieta of Smith’s child, we relate to countenance of the Migrant Mother. Why do we not agree to look at images that defy our belief system or our own positions? What has gone before and the miserable acknowledgement that this is indeed exactly as before, but the only difference recognized is that we are simply being shown the progression of industrialized control in its advancing state and that we are swallowing it because it looks well directed and well-lit. 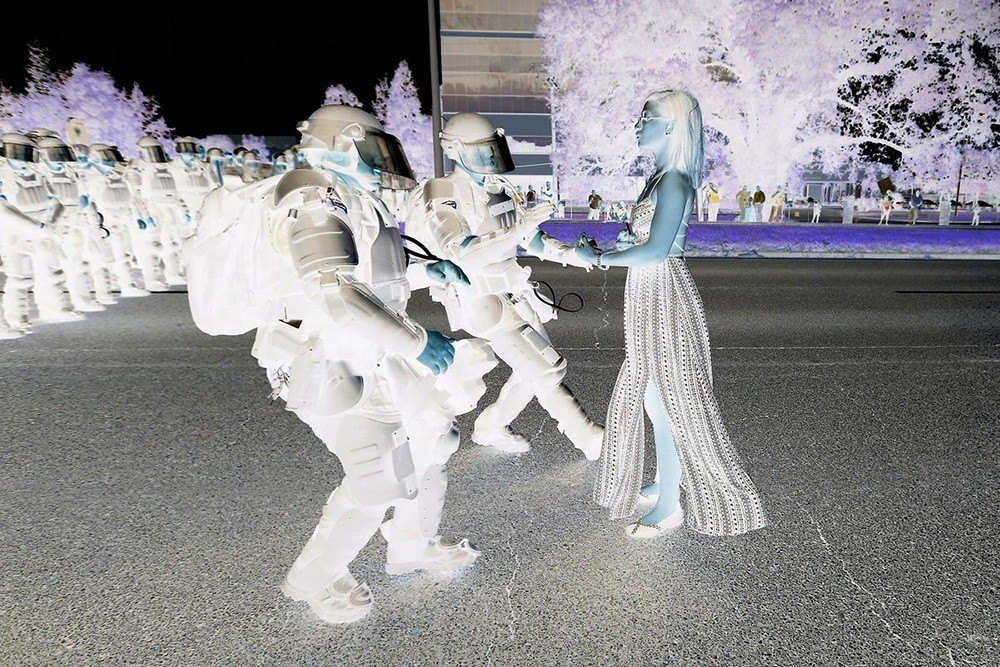