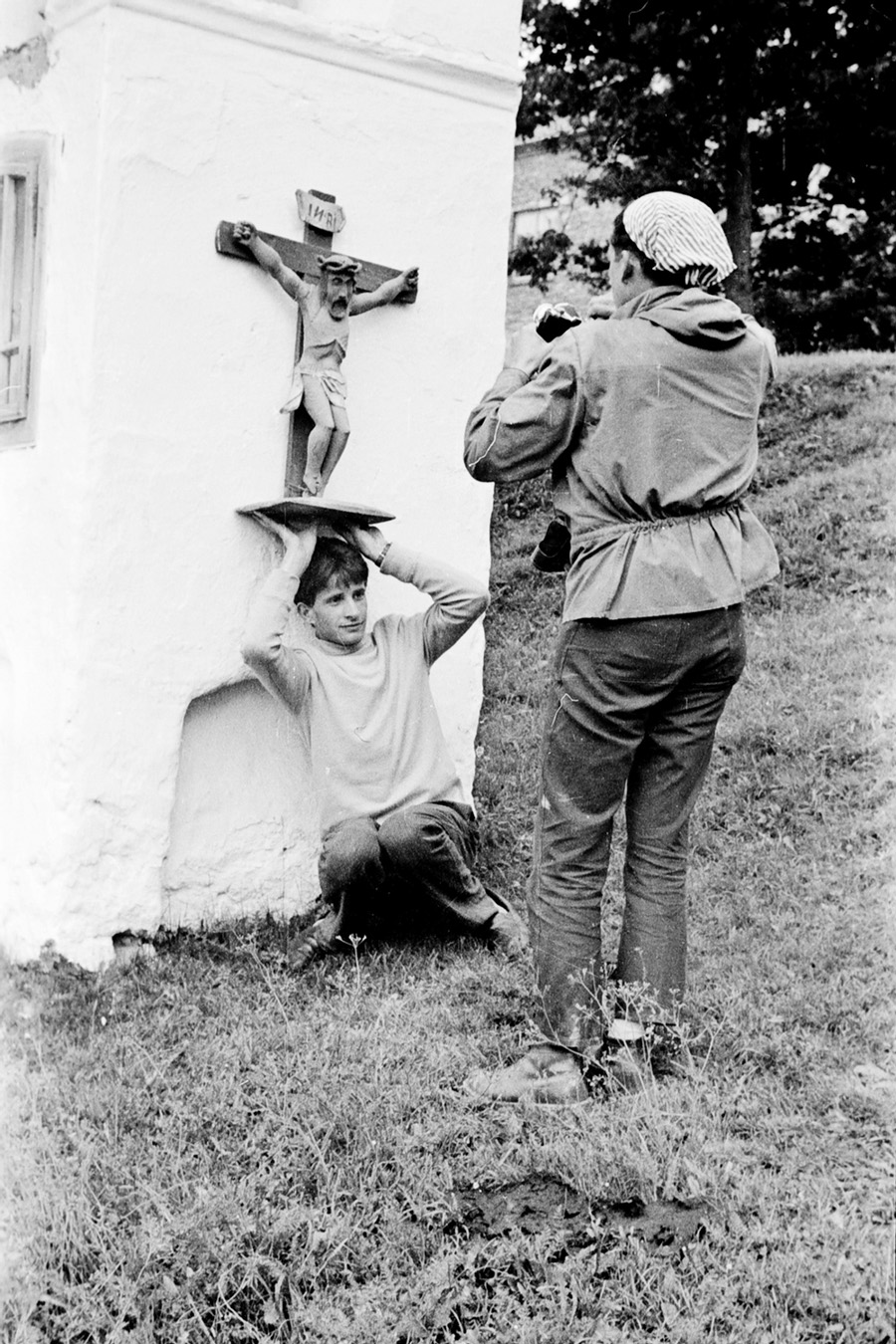 “It is often confusing being an American. We are a country deeply concerned with our personal histories, yet there is something peculiar about all of this in so much as that it seems to deflect from what we actually are: American”

America is a quagmire of tangled lineage and misunderstood bloodlines. If we are to look at what “New America” is, that is to express observation of the dominant European movements towards the continent and not the Native Americans who have been slaughtered and brought to genocidal disappearance on their own land over the past five hundred years, we can see quite quickly the confusion of the hereditary and of the soil. If you have grown up in America, you will be aware that on every March 17th a strange phenomenon occurs-St Patrick’s day. It is the day in which the country finds itself in an involuntary ejaculation of pride for the Irish culture. For Irish-Americans, there is an evocative, nearly ritualistic celebration of the “old country” that is a somewhat sterile appropriation of Ireland’s grim religious reality and the struggles that St. Patrick symbolizes with his name and it is generally placidly adventured by turning rivers green with dye, getting wasted on green beer and dressing up in….green. Many Irish-Americans have never visited Ireland, yet still condition themselves to think of their roots as being something of the “Irish” and this notion is also conditioned towards pride and the hallucinogenic patriotic. It is not only the Irish; Hallmark has simply recognized the economic potential of St. Patrick and his many snakes.

It is often confusing being an American. We are a country deeply concerned with our personal histories, yet there is something peculiar about all of this in so much as that it seems to deflect from what we actually are: American. Perhaps it is because we tend to disavow magnification of what qualifies us as being the American nation -automobiles, shopping malls, obesity, being loud, being imperial and being oddly xenophobic yet desiring to align ourselves with our own preternatural genetic roots. It is a conflated and spectacular mindset to consider. We celebrate our lineage; we calculate our names and genealogies back to the old country as if it is meant to shed light on how we are to form our contemporary identity. It is to qualify one’s roots in a remote hereditary way. Remote in this sense is meaning to channel from afar.

“Many times, artists working within archives simply lean on the images to do the work for them. They generally fail to look at what is inside a photograph that represents the culture or historical moment that they are examining; narrative is often generally left for the ease of photographic relativism”

Aaron Schuman’s FOLK is a particular project of genealogy for which I can excuse from the lunacy of being a random American looking for his random genesis. I can excuse this because the investigation to which Schuman endeavors is not only in depth, is generational (his mother’s trips to Poland), is not overly sentimental and it generally carries the weight of respect for the Polish nation outside of his being “Polish-American”. I am also very much aware of his status as an American living and working in Europe. This position, like my own, tends to qualify our distance from America with some amount of objective reasoning when looking at European culture and our roots within. It is no longer so foreign. If anything, America becomes more and more foreign as we tread on.

The work in FOLK is a semi-archival project. Schuman has visited the Krakow Ethnographic Museum in Poland, formerly Galicia, where his bloodlines allegedly originate. He has made several trips and worked through the archive at the museum implementing photographs in the book that directly relate to the object-hood of cultural items that he has chosen to examine. For example, he has photographed sickles, folkloric clothing, and other unusual totems and has made the correlation from the objects to images of similar objects found in the archival photographic materials the museum houses. It is a clever synthesis between taxonomic cultural object-hood and image. This is what really makes the synthesis of investigation great. Many times, artists working within archives simply lean on the images to do the work for them. They generally fail to look at what is inside a photograph that represents the culture or historical moment that they are examining; narrative is often generally left for the ease of photographic relativism. By simply regurgitating the archival, many artists tend to briskly walk away without any interaction with the culture or archive itself outside of the “document” they choose to display. Schuman instead, takes an in depth investigation into the museum itself and the objects it houses, drawing an intoxicating parallel between image, object and cultural function. This correlating maneuver, though relatively simple in idea, is what separates Schuman’s FOLK from so many of the archival fetish books of today. He is able to lovingly craft his own images within the space of the museum and turn towards tradition by implicating a very sincere interest in what he is looking to investigate. Ethnographic museums are wonderful troves of unexamined daily life. They house functional cultural objects like hammers, sickles, totemic dolls and also the archival image. Schuman, by photographing and addressing the objects within the museum and the museum itself in effect re-mixes his own bloodline to the histories of these objects by observation and use. The making of this book becomes a way for an American to not only intercede in his roots, but to also re-connect his own history with them by putting this book out. It is the most basic, but effective way of searching for an identity, a root as it were that has become disconnected within the mobility of immigration. Does that mean Schuman is Polish again? Of course not, but the project has gifted him and the reader a very special observation.

One thing I also want to mention about Mr. Schuman is his fluidity. Aaron is one of the gems of contemporary photography. His work as an educator, publisher, curator and writer cannot be overlooked. His gifts as an artist are incredible. I am still waiting for his book on America itself, which having bought images from as a collector, I can attest to their value and sincere insight into the American west. This fluidity of position is incredibly rare in the field. Most artists are only consumed with their own egos. Aaron transcends this insular notion of a me-me position with his production, all of which is high end and considered. That this is his first book is still surprising. Look for a continued series of successes with MR. Schuman. James Brown’s NB imprint has chosen this book as its inaugural imprint and has designed it with equal clarity of vision and the result is a double win for the efforts of both parties. I also expect great things from NB going forward. Highly Recommended.