How to laugh while at war? They should devise a manual for laughing under this compression, as the war never seems to end these days. One way that the disaffected can un-anchor themselves from the sinking ship of patriarchy is to explore the complete absurdity of it all with a camera as there will never be a way in which the psyche of the individual will roll away from the weight of SQVALOR war transmits, un-creased.

America in the 1960’s and 1970’s appears at its surface to be about resistance, free love, anti-war and theatre. This theatre saw beatniks, hippies, grass heads and the like head for the cultural apex of California to create a communal idea of theatrical living. It was a grand performance rebelling against the pressure of the theatre of war. It was also an ill-advised ode to a utopianism that never would manifest itself in the decline of the American dream. Hunter S. Thompson has tread this ground in his writings greatly and it would be a complete dis-service to his legacy if I were to explore the fine fabric he has woven on the matter as it was his crumbling dream to observe. 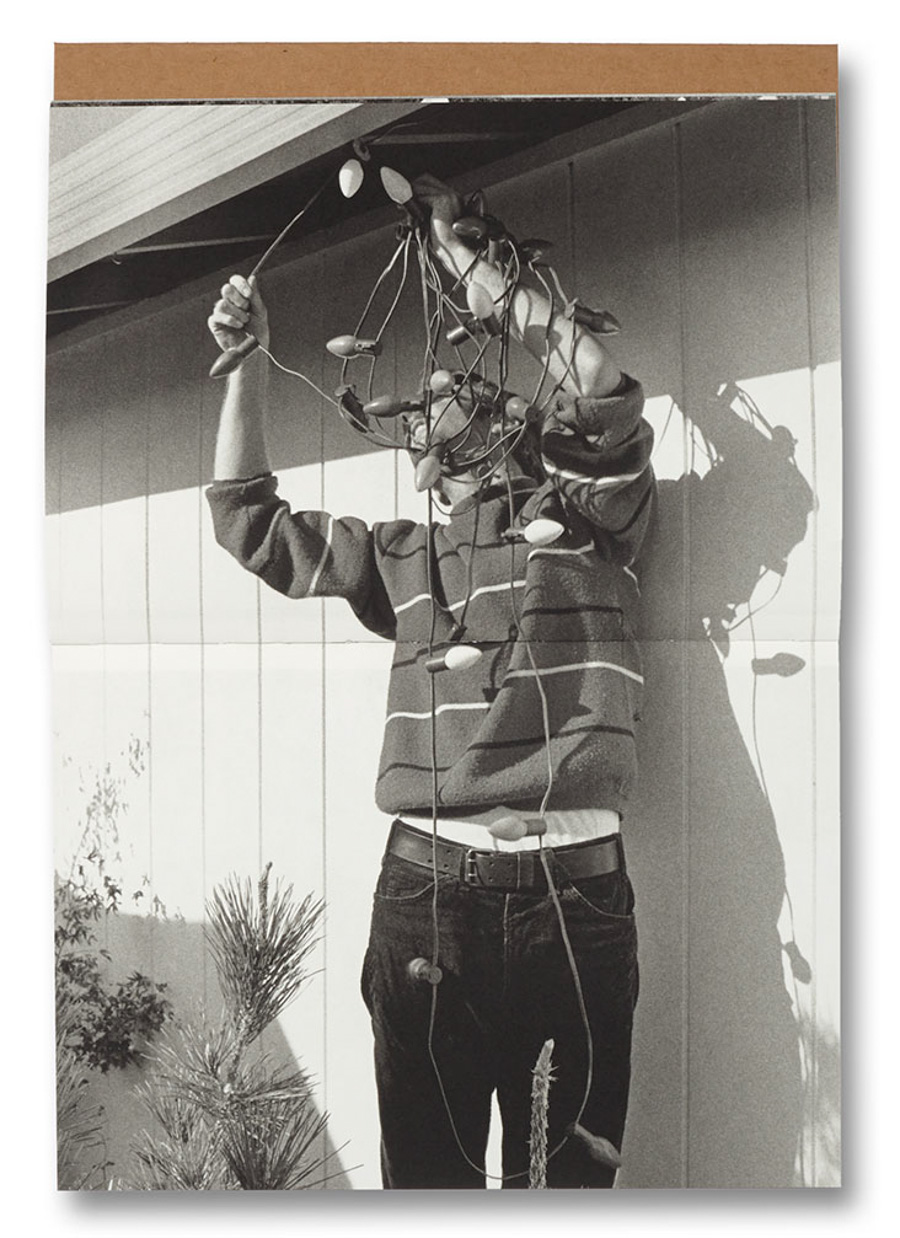 Forty years later and myself a product of the late 1970’s, I can’t help but look back on “The Home Front” by Kenneth Graves for MACK without smirking at the absurdity of it all. In my late 30’s and cynical beyond belief, I actually find this little book creating a new space or affection for the idea of the 60’s and 70’s that I had shelved previously under “cyclical fucking baby boomer bullshit”. I find myself fingering the leaves of the little brown oracle (a metaphor if ever one) and have caught myself on several occasions laughing out loud at the images. It is the same when I read the works of Cioran. The punch line is in the misanthropy of it all, the disturbing image value that each author creates in his respective world is meant as the delivery of a great joke. 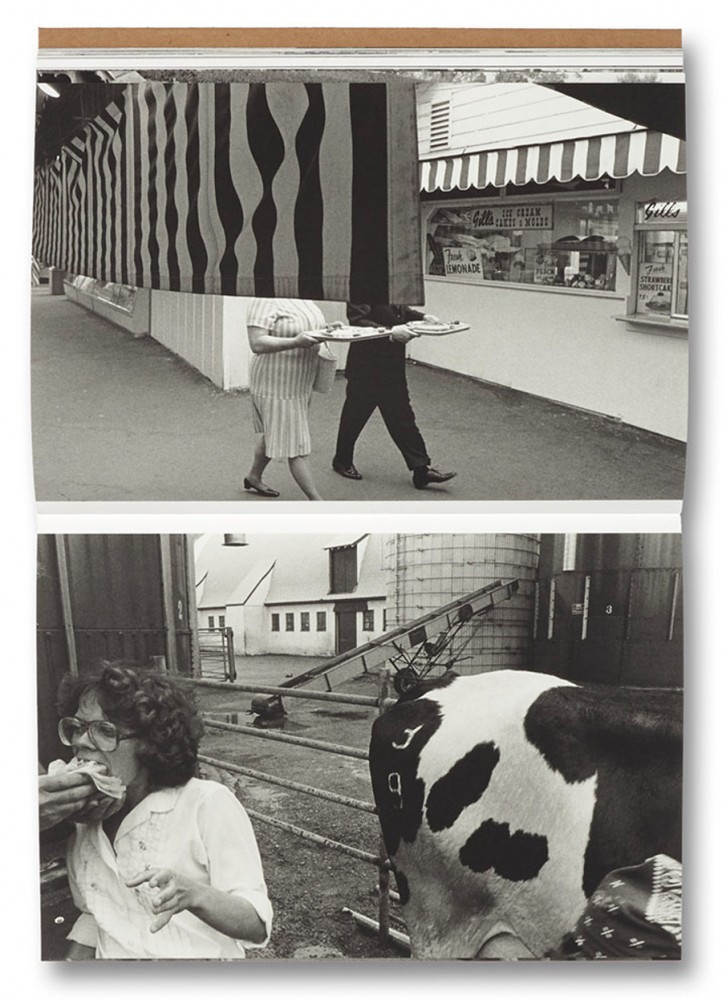 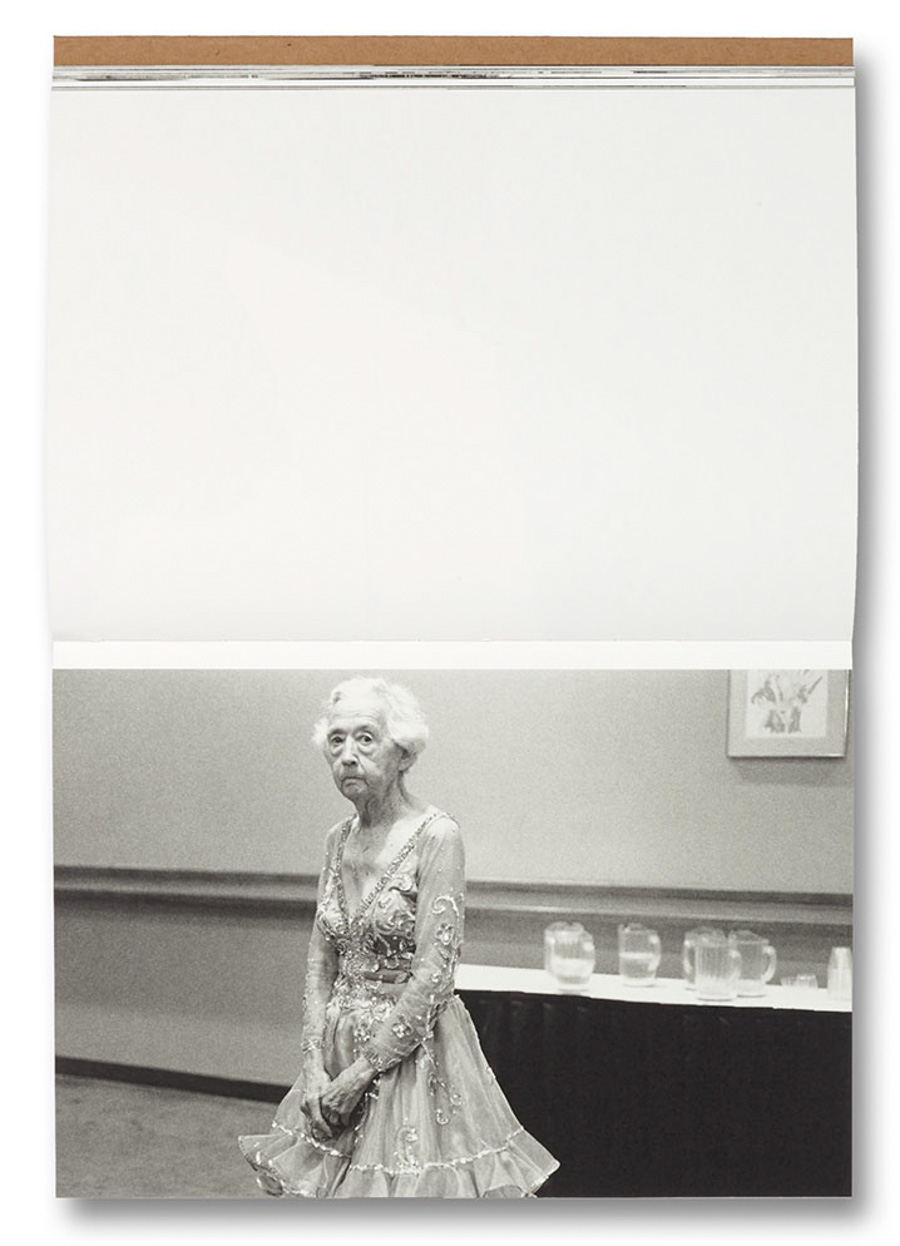 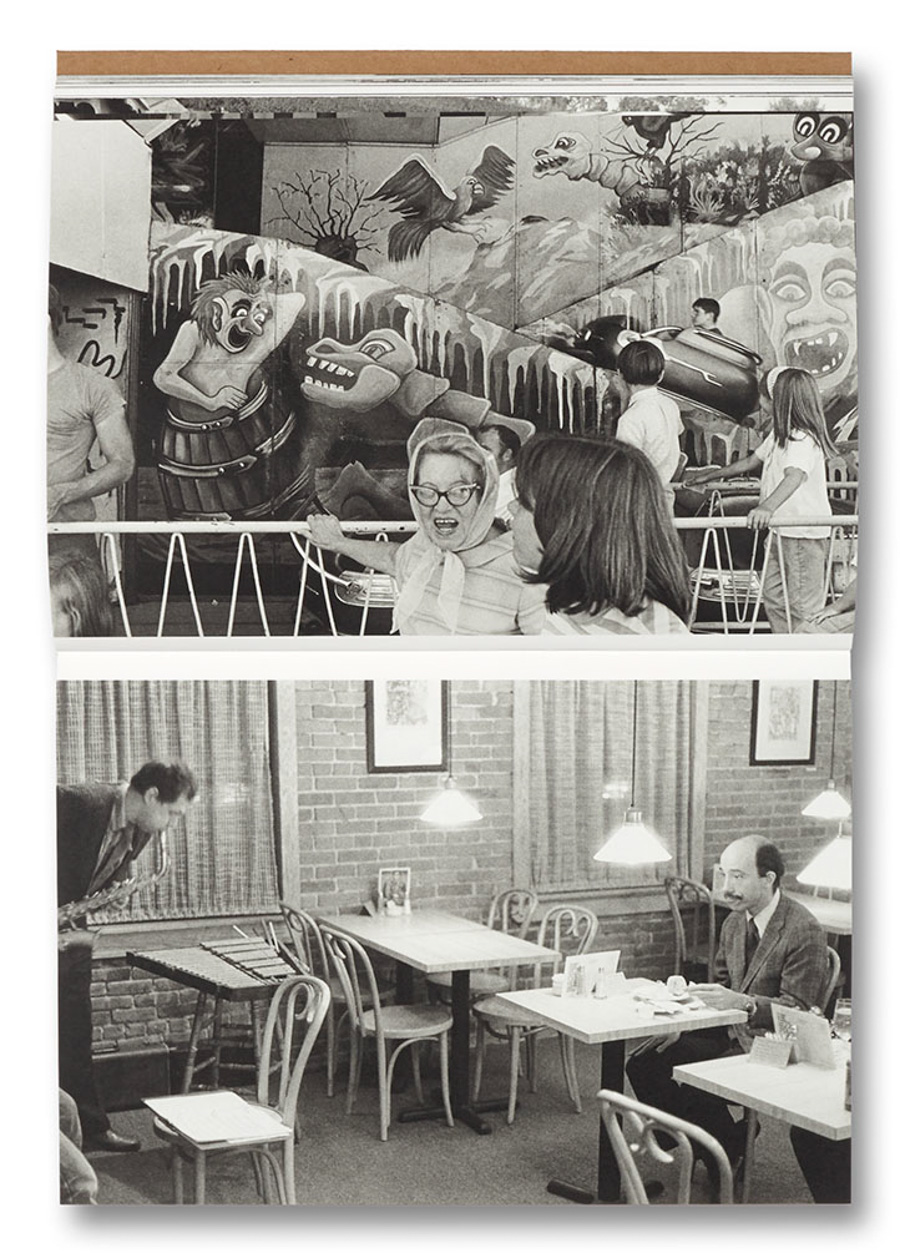 Images in Graves book for example become uncomfortable-a girl child, hair draping down her back where it extends to her outstretched hand becomes horrific when she is applied towards the rule of measure in the frame with her, but also becomes a joke of representation, the real etc. found potentially in the lost tomes of Morton Bartlett. Further images contribute to the blackened humor of Graves’ aesthetic-severed heads, grimaces and general buffoonery played out in the burning theatre of the beginning of decline in America. There is a palpable anxiety in the images that would be worrisome if it were not so God damn clever-like Ciaron wishing to never have been born then secretly being the life of Parisian Bohemian party life. It is the way in which I wish we could all live, so indebted to walking that line between believing and dying. 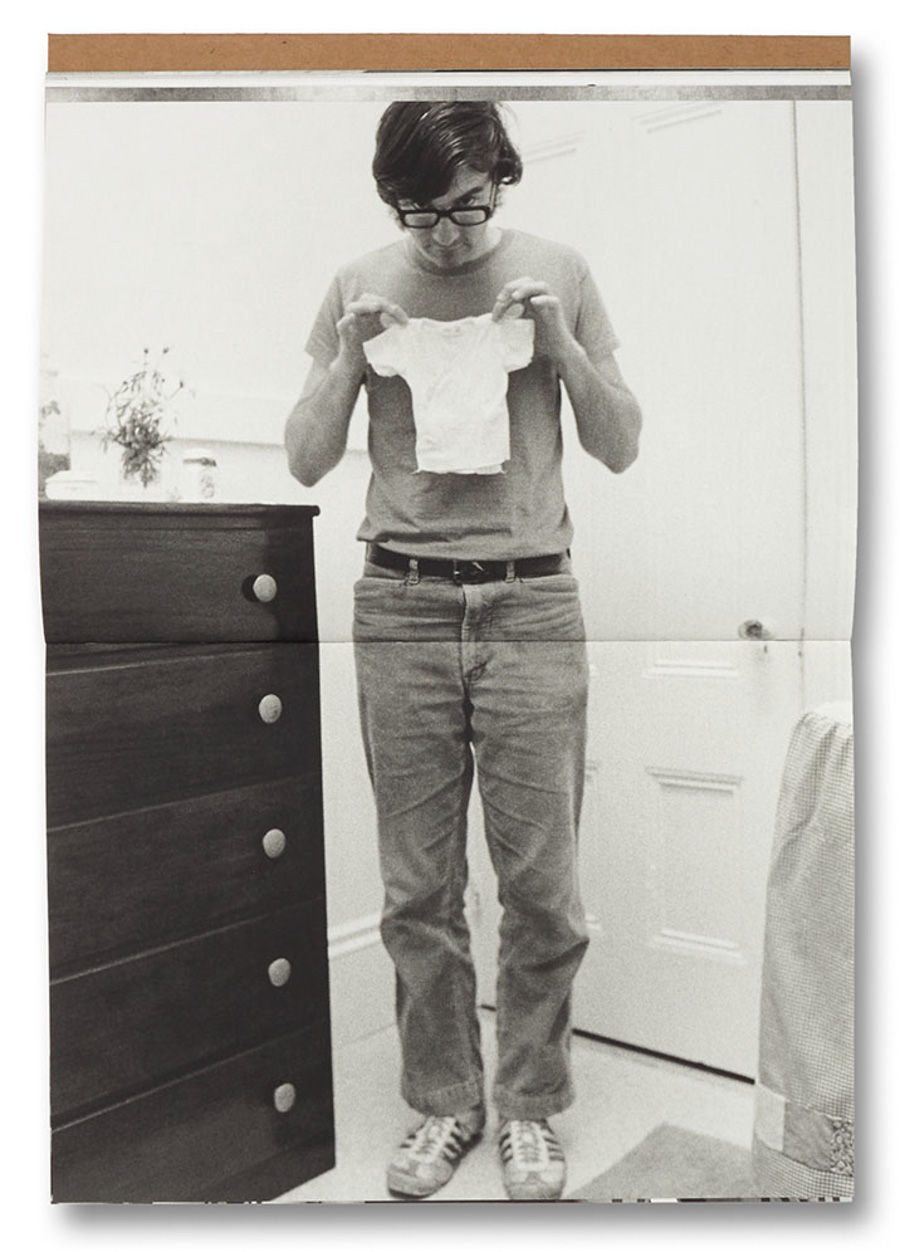 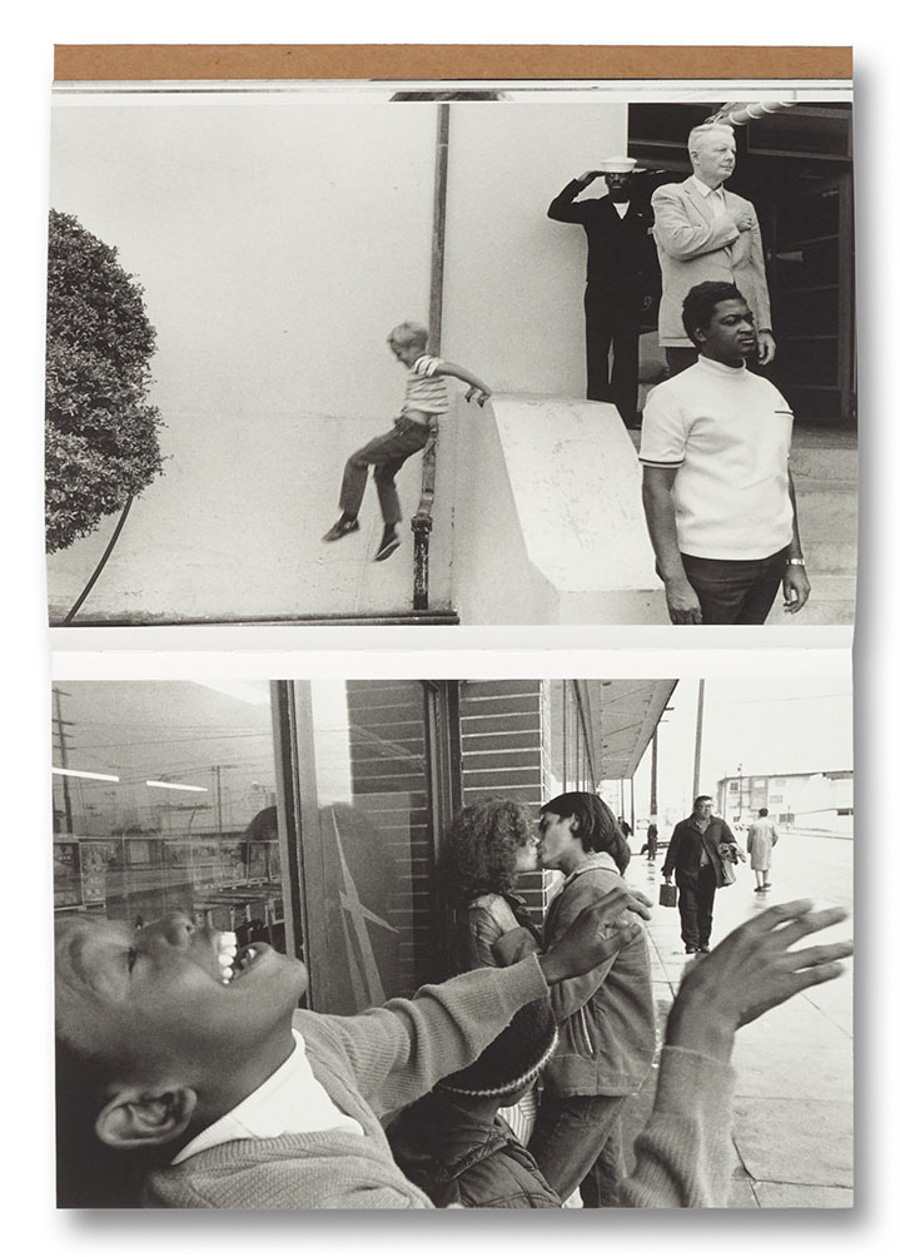 There are some interesting photographic similarities as well. I can only be reminded of the obvious contemporaries of Graves-Friedlander and Arbus. However, I can also feel the future of these images in retrospect. I see the oncoming of Alec Soth’s “Songbook” and perhaps Stan Douglas’s “Inconsolable Memories”, and if I stretch it a bit-Asger Carlsen’s “Wrong”. It is because of this that I am happy Graves was not a household name previously. One gets the sense that if his career, like so many artists had gotten the attention it deserved, would have turned out being pacified dross replicable by nature of commercial sale. So, for this retro-examination by Mack, I am very thankful. Things rarely make me laugh like this.