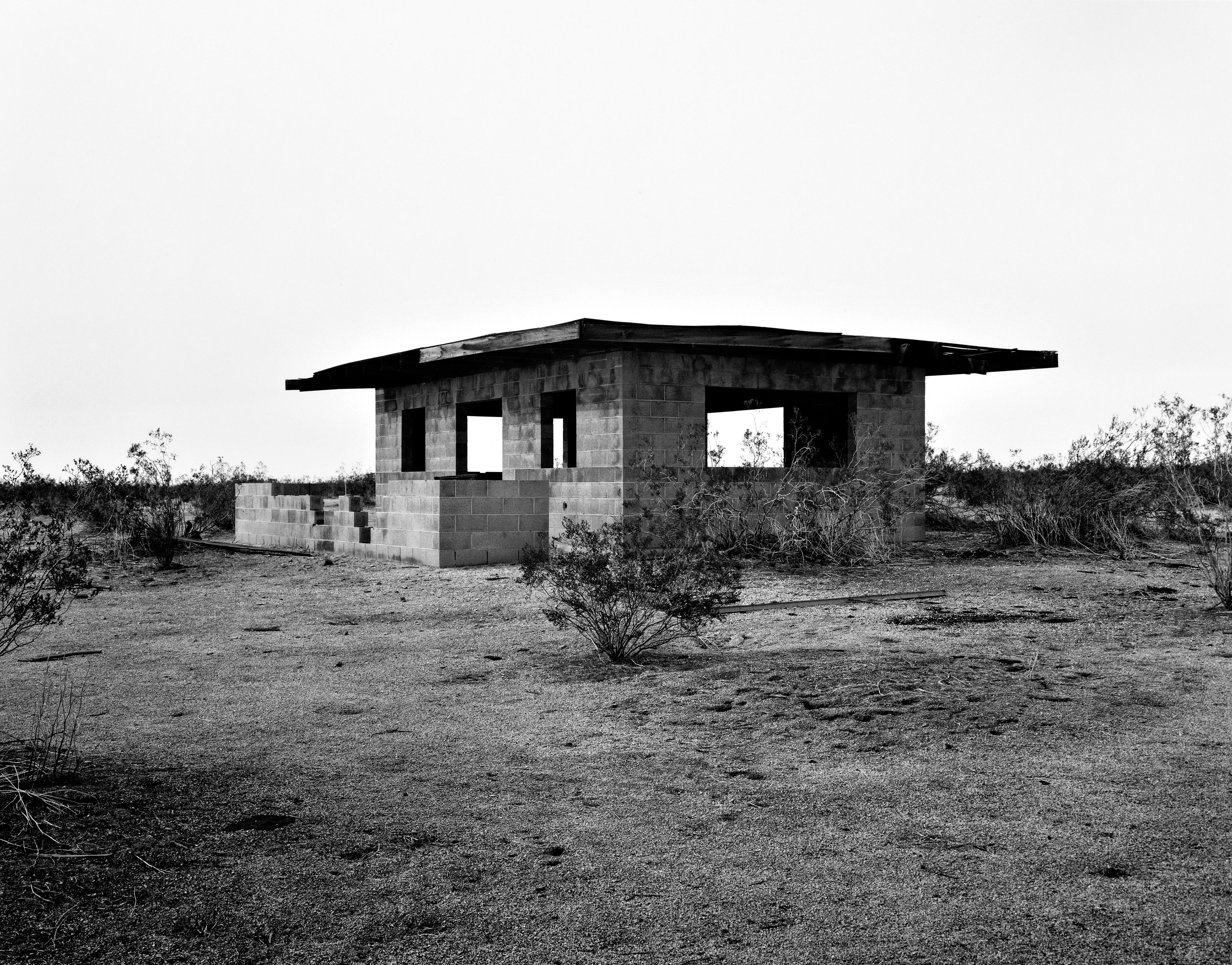 “Ruwedel’s photographic projects and bookworks comprise a sustained – and often critical – reflection on American history and cultural identity, as well as some of its most enduring myths.”

When Mark Ruwedel won the Scotiabank Photography prize in 2014, it marked a long overdue recognition of the work of one of the most important – and most under-rated – landscape photographers of his generation. Ruwedel has been photographing landscapes in Canada and the United States for three decades: his projects and bookworks comprise a sustained – and often critical – reflection on American history and cultural identity, as well as some of its most enduring myths. Until quite recently, his work has been little known outside of North America.

Projects like The Italian Navigator, Nine Bomb Craters, and The Hanford Stretch document the often-imperceptible injuries enacted on the land by activities like live weapons testing and the production of nuclear materials. Other series – the vocabulary of failed settlement laid out in Desert Houses, or the slowly disintegrating traces of abandoned railway embankments photographed for Westward the Course of Empire – set the brashness of American expansionism against the obdurate reality of a landscape that continues to throw off these temporary impositions. The taxonomy of abandoned objects – shoes, brassieres, vinyl records – that forms a coda to Desert Houses offers a wry comment on the ephemerality of human pleasure and the stubborn persistence of its traces. And projects such as The Ice Age take a longer view of history, examining the geology of the landforms upon which these various historical narratives are staged, and the footprints – many of them still plainly visible – left by ancient cultures on the land.

“My work in the landscape is ultimately about human culture, not about nature. I always think of landscape as historical, or historicized; as not existing outside of history.” 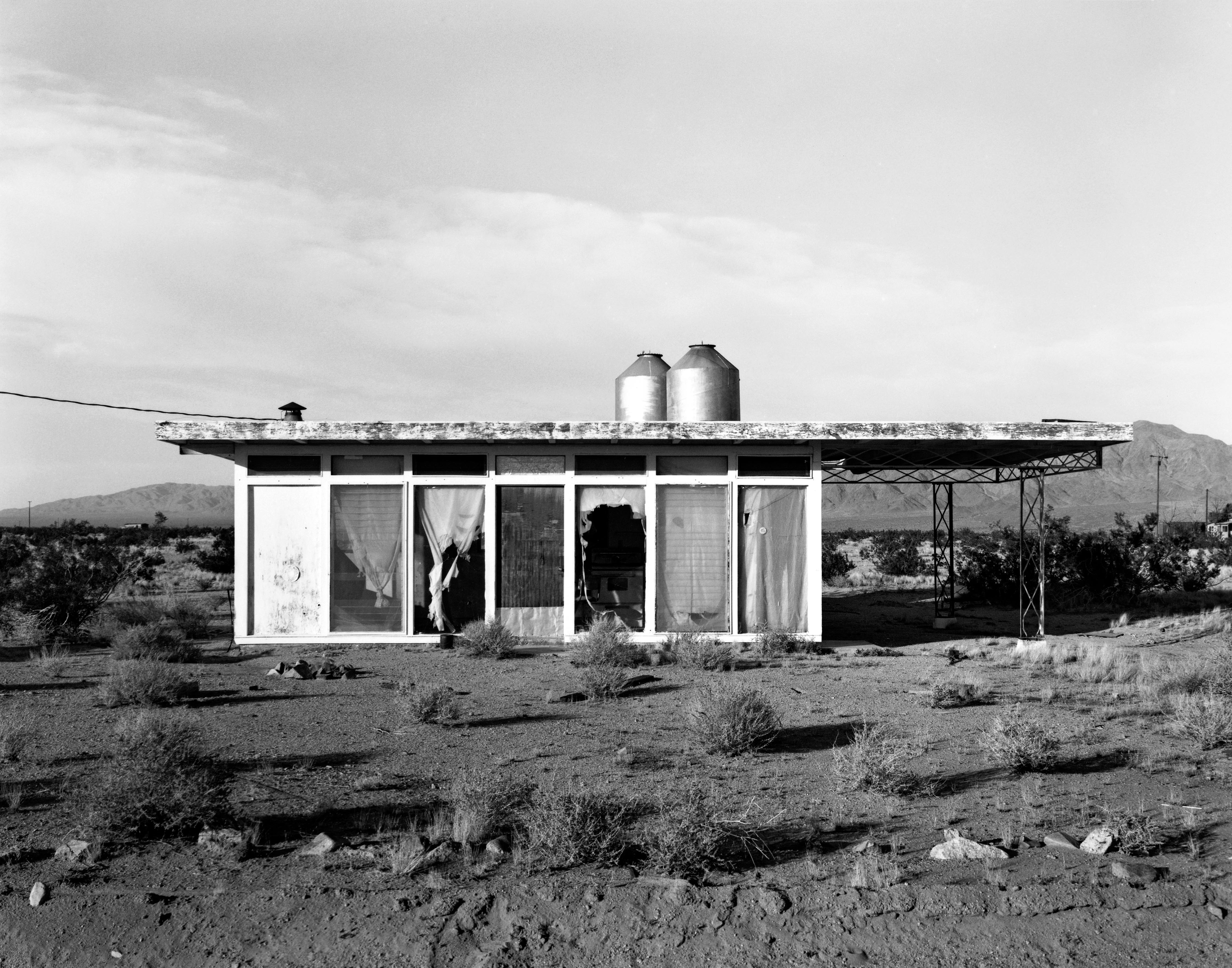 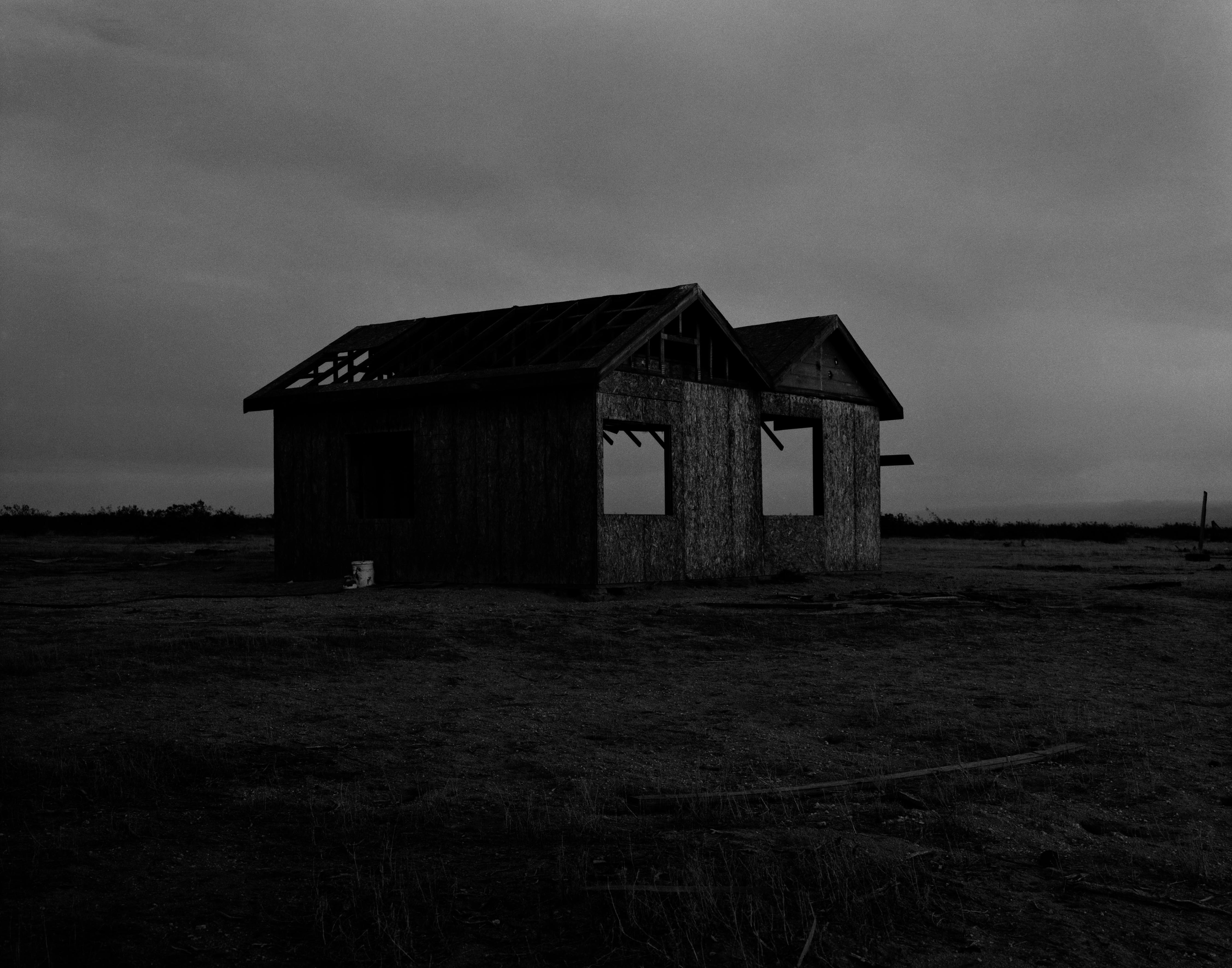 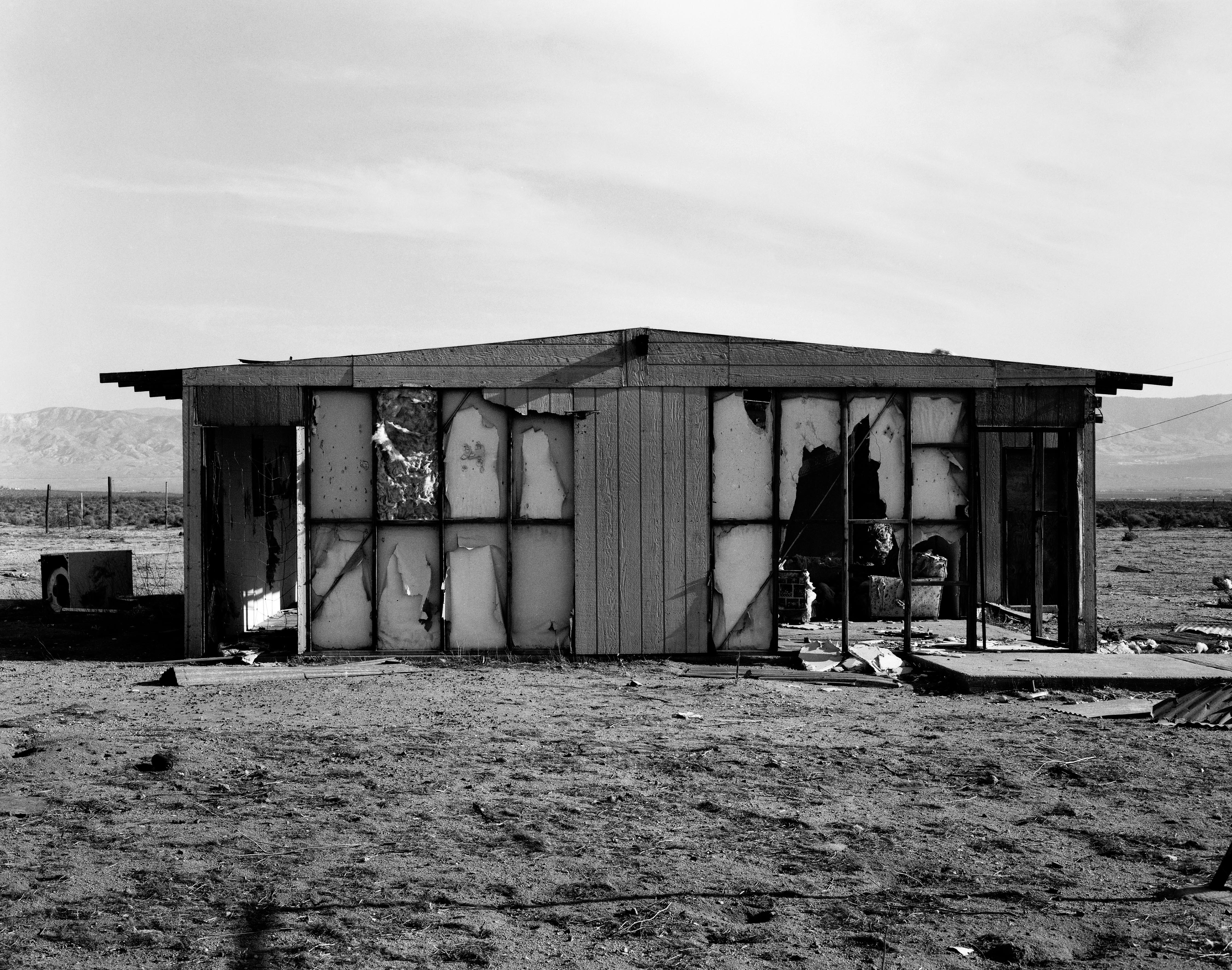 Ruwedel’s practice has grown out of a rich constellation of key moments in nineteenth and twentieth century art and photographic history, informed by his initial training as a painter and later, by his graduate studies in photography. His work is situated within an American landscape tradition that has its roots in the work of nineteenth century expeditionary photographers like Timothy O’Sullivan and Carleton Watkins, in Walker Evans’ American Photographs, and in the work of the New Topographics photographers (particularly Robert Adams and Lewis Baltz). Ruwedel’s handmade books – which he has been making since the 1990s – pay tribute to the bookworks of artists like Robert Smithson and Ed Ruscha. Running through his practice is a fascination with post-Minimalism and conceptual art as well as a deep respect for the craft of photography. 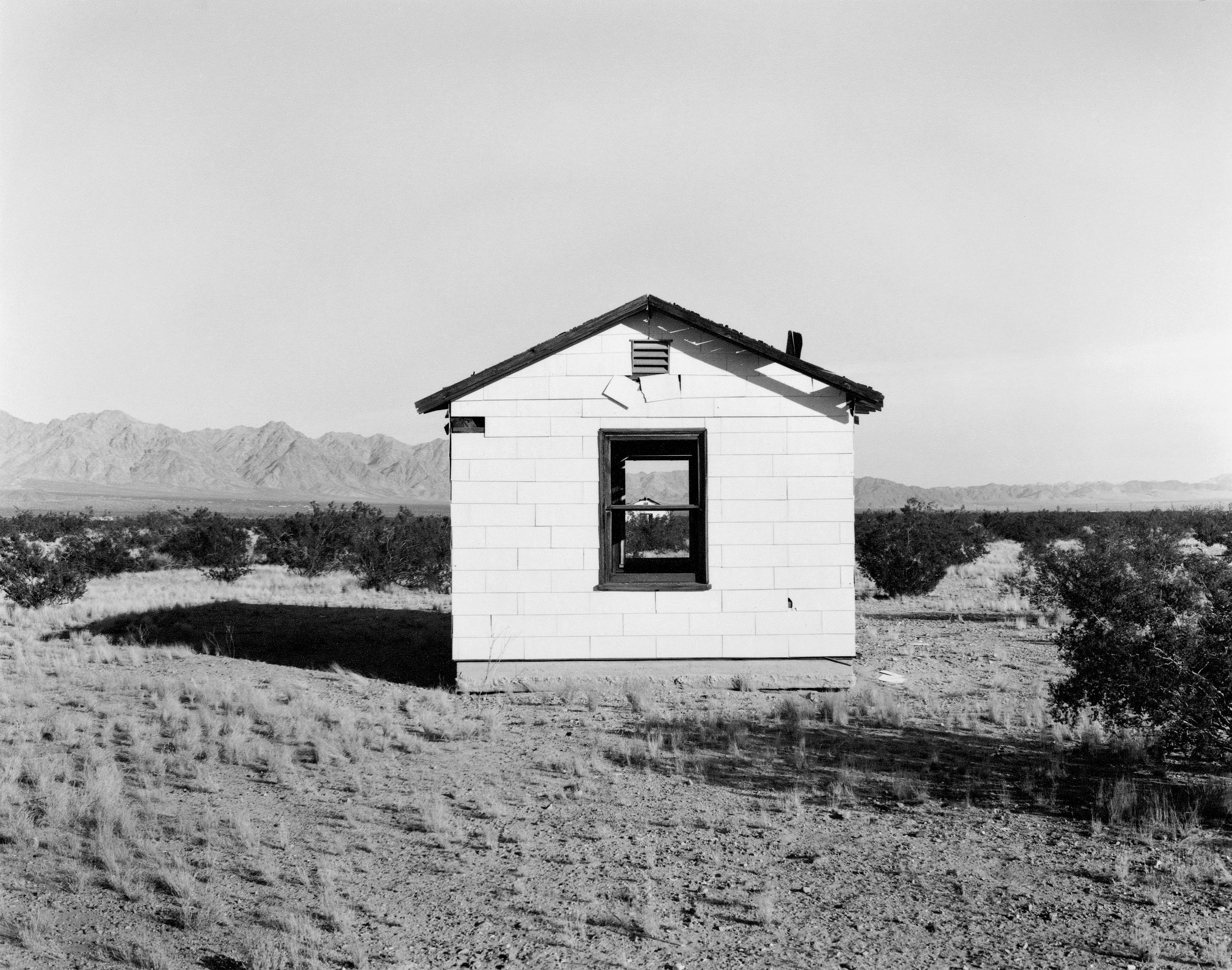 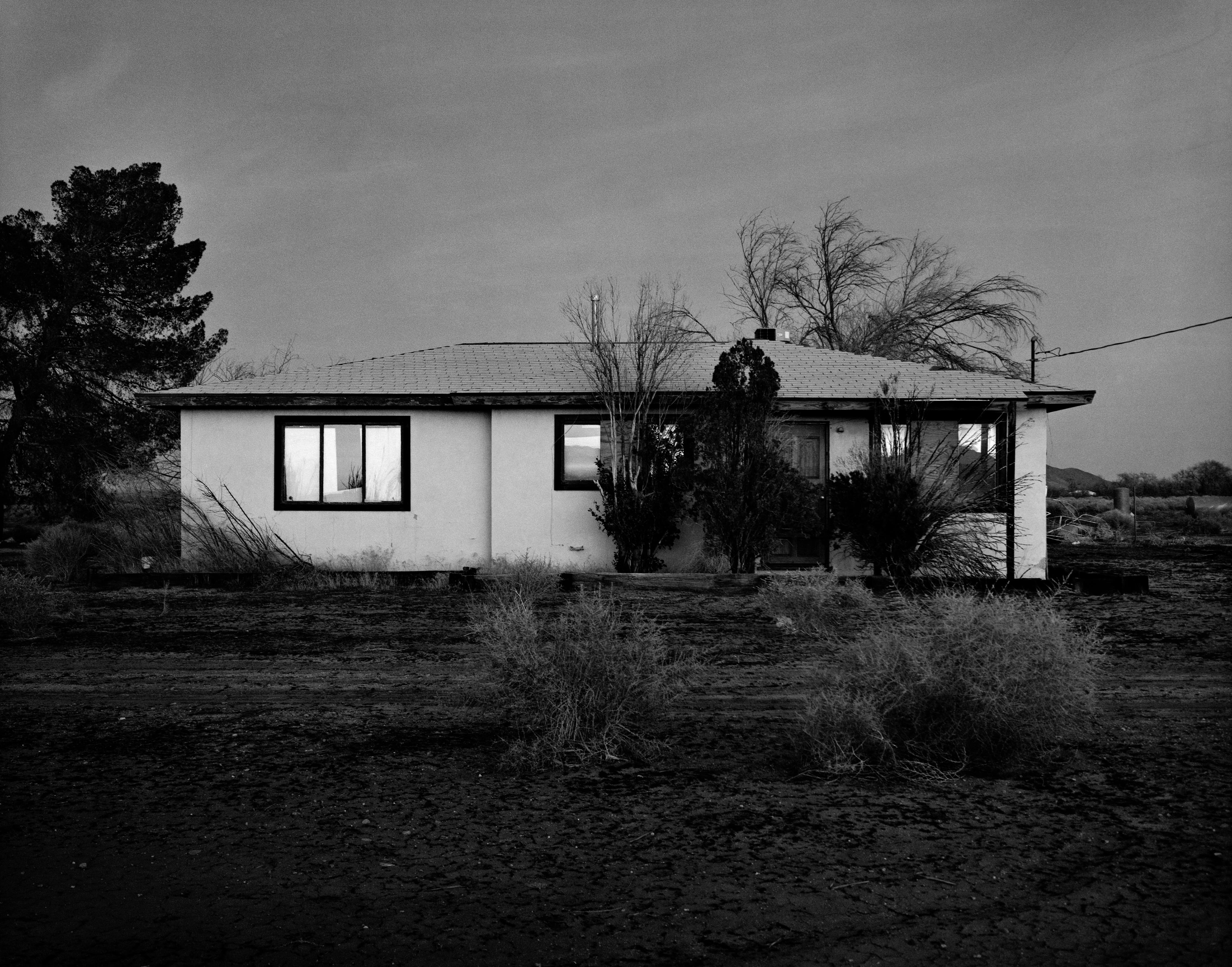 American identity is built around a David and Goliath story of the settling of the country’s western reaches and the conquering of vast tracts of space through a mixture of ingenuity and sheer determination. It is not just the terrain, but the way that the American character is worn on the landscape, that is the subject of Ruwedel’s work: ‘My work in the landscape is ultimately about human culture, not about nature. I always think of landscape as historical, or historicized; as not existing outside of history.’ Ruwedel’s austere, restrained images embrace the emptiness against which the American ethos is posed; they set the hubris that defines the frontier mentality against the visible remains of the longer histories that anticipated it.