“His platform, his incessant workload and toil and his ability to know every single photographer/artist or organization in the world has garnered much for the artists he works with”

Bruno Ceschel is a hero colleague for me-one of the very people I look up to for inspiration on matters of work ethic, taste, and guidance. Without this man and his team, my own career in photography would have probably languished in the hum-drum dealing of vintage photography. So, you can also blame him for that. In 2012, I was lucky enough to have been propositioned by Bruno and Antonio De Luca to create a book with Self Publish, Be Happy. It would be images from my collection for their series of SPBH Book Club. It became Volume Two. It was a no brainer, I accepted with only knowing of Bruno and his work in a very small way. At this stage of my development, I wasn’t really interested in much of what I saw in contemporary photographic practice outside of what I had done exhibition-wise with Daniel Campbell Blight at Hotshoe Gallery in 2011.

In experiencing the production of the book, I became completely enamored with Self Publish Be Happy. Bruno, Tony and I are roughly the same age and for once I felt at home with my colleagues. You have to understand that I had been dealing in vintage photographs since I was twenty years old and that meant that I spent a lot of time being disconnected to colleagues my own age. The average white sixty-five year old male buyer for albumen photographs of the second great opium war in China by Felice Beato is not necessarily interested in Lorenzo Vitturi or Broomberg and Chanarin. As matter of fact, quite the opposite. So, it was with some enlightening that Bruno and I met and were able to discuss what he saw in contemporary photography while putting together a book of vintage photographs from my collection that bordered on the surreal or perhaps lynchian. The book today retails for about 250 euros, but can also be accessed in the MOMA Library in New York. I write this last sentence with some amount of ego, but also to exemplify the spirit and ultimate outcomes of working with an organization like Self Publish, Be Happy. I never would have made that book or the resulting books that I have made if Bruno had not seen my own vision for photography and had recalibrated it towards a younger more astute crowd. For this and for the trajectory that my own career has taken because of this turning point, I can only offer my most sincere gratitude to Bruno, but also to his team throughout the years that have helped facilitate not only my book, but the books of others such as Cristina De Middel, Johan Rosenmunthe, Lorenzo Vitturi, Lucas Blalock, Melinda Gibson, Broomberg & Chanarin, Mathew Connors, And Luke Stettner. 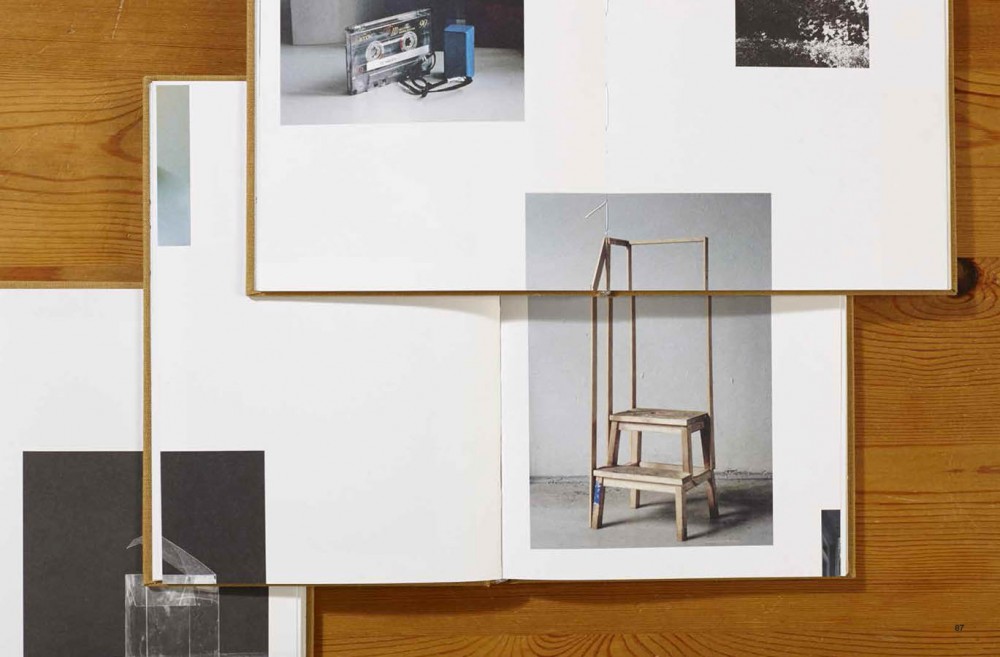 Vitturi, in particular reaped huge benefits from his “Dalston Anatomy” published by SPBH. His talent was never in question, but looking at the proto-maquette entitled “One Pound Have a Look Yam Yam” that transitioned into Dalston Anatomy, one can appreciate what gaining the SPBH audience brought to Vitturi’s rise from the “simply” talented to now celebrated, appreciated, and prize-winning artist. This was Bruno’s work. His platform, his incessant toil and his ability to know every single photographer/artist or organization in the world has garnered much for the artists he works with. This should not be an overseen aspect to the careers of people like myself, Vitturi, and Connors.

I guess I am waxing a bit nostalgic for my experiences with Bruno. I see in him and Jamie Allen Shaw, Joanna Creswell, Nicoletta Barbata, Antonio de Luca, Trine Stephensen, and the rest of the family that has worked with Self Publish, Be Happy as a sort of guiding light for how shit should get done. They are all great people and FUN, another word that I cannot ascribe to most of the photography twaddle lying about in the emperor’s old rags.

“Without his incessant drive, his ability to foresee great work, and his ability to get shit done, the photographic community would simply backslide into the preposterously ungoverned trash heap of unchallenged, un-intellectualized, and very un-fun tropes of banality. Do not stop just yet Bruno…we have not yet conquered the moon” 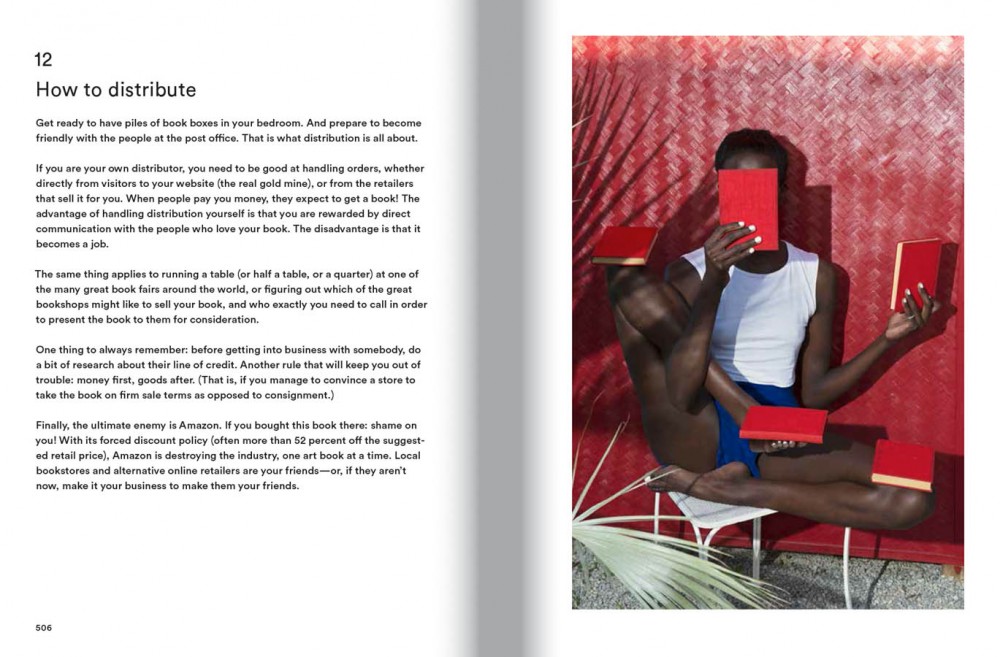 That Aperture published this manifesto means less to me, though I do admire seeing books within it from friends (Eric “OG Showtime” Stephanian’s “Lucas”). I could also be critical about books like Ellen Jong’s “Getting to Know My Husband’s Cock”-ok, I will…Sensational and shit title that is pulling the “look at my brave use of the word cock” card and is simply about making a lack lustre book seem more interesting than it actually is. BUT HEY, were talking about Bruno (sorry brohammer, needed to get that off my chest, forgive me like the good Catholic you are). The point is that the book is something of a cultural relic over that of a manifesto for me. Having been involved in the great workings of SPBH and a continued fan of those involved, the manifesto is unnecessary. Bruno’s work, which transforms the environment that surrounds him, is the manifesto itself. The book is arbitrary, though not to say unnecessary. It simply is a selection of books that have affected SPBH more than they perhaps affect me. The manifesto is a nice idea, but again, just watching the blooming mushroom crowd of thought, influence, and connections that SPBH presents says what cannot be translated evenly on a word document. There is no need for a call to arms if you have the velocity that SPBH does. Manifestos are implements for mobilization dear Bruno and what you must always remember is that your work ethic and your ideas are what get things done…most people lack the clarity of drive and the persistence to make things happen at all cost and that is why you and your team are special, not because we need more cock books or people getting excited about the overfed quasi-market.

At the end of this ramble is only my sincere appreciation for what Self Publish, Be Happy has done for me and my colleagues. I hope that with grace and quality Bruno and his colleagues continue to make things happen. Without his incessant drive, his ability to foresee great work, and his ability to get shit done, the photographic community would simply backslide into the preposterously ungoverned trash heap of unchallenged, un-intellectualized, and very un-fun tropes of banality. Do not stop just yet Bruno…we have not yet conquered the moon.

Self Publish, Be Happy: A DIY Photobook Manual and Manifesto