In the tragic comedy that is the twentieth and twenty-first centuries, there is a symphony being orchestrated, which conducts itself parallel to that of reason and which barks volumes of cacophony through a loudspeaker large enough to potentially shatter the sensitive sleeping ear drums of the masses whom have been indebted to it in a graceless state of unhinged subservience amidst the chaos of the symphony’s multiple political directors. The precipice for which this grand symphony lulls its audience to sleep under an aural pulsing hammer is situated in the vast swathes of land that most will never seek to traverse. It is never to close to our home.

Our homes; the solace sought in the post-war of another post-war. The “winners” of this symphony are allowed to adjust the pitch, but not the tremulous shaking of that frantic hammer because to do so would conduct an awakening from the depths of a nuclear slumber that has encased their collective selves in flat planes of packed sand melted into glass.

Bikini Atoll, Nevada Test Site, Moruroa, and the Cancer. The Cancer in our homes. When her gums receded to bone and her hair that had all but fallen out, she could still read through the passages of the yellowing bedside bible. As time weathered her body along with the radiation, she was convinced that the Sea of Galilee was rich in uranium.

She would repeatedly ask her ill mother… 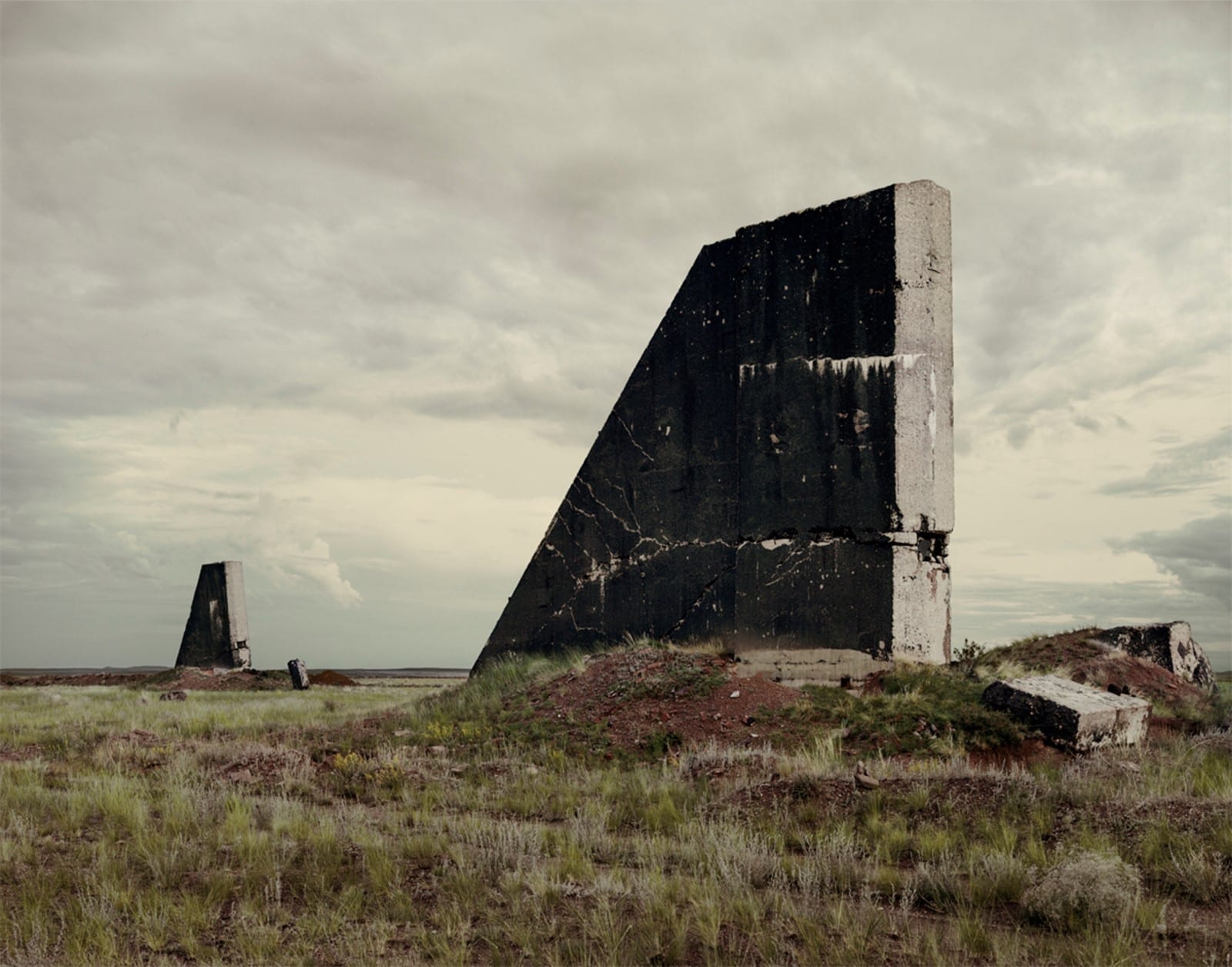 The Polygon Nuclear Test Site I (After The Event), Kazakhstan, 2011 @ Nadav Kander 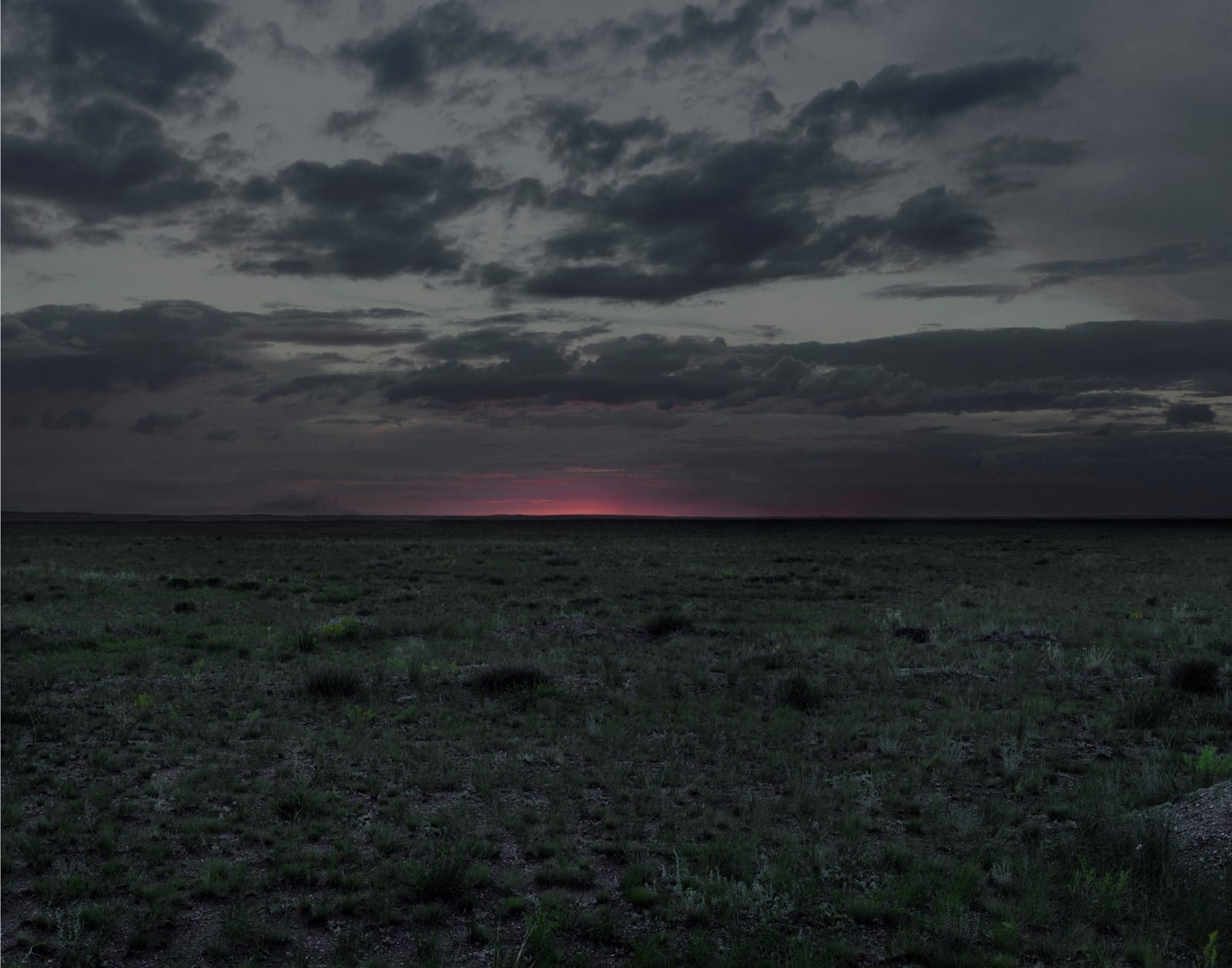 Nadav Kander’s latest book “Dust” has a leveling effect for all the gratuitous sublime beauty of his images. It is to reason “leveling” with that of an atomic wind, the pressure of which one would seek to duck and cover under before being reduced to a mere shadow on the wall of some far away land. He has made images of divination from a callous disregard of human life.

Focusing his project on several nuclear test sites in Kazakhstan, he has interwoven a dolorous sublimity in his images that afford an investigation into the obvious subject matter of ruin lust, nuclear pornography, apocalyptic fetishism, but also that of an embedded and desolate pathos of human negation. The Polygon test site, like many nuclear test sites was employed by the Soviet’s as a barren no-man’s land in which they could herald the great advance of their nuclear race by testing out their weaponry. In propaganda terms, the land in Kazakhstan was reported as uninhabited. This was sadly not the case. When reading through the end text of this book I could not distance myself from the horror of the imagined vistas. It was if I was handed a script to the “Hills Have Eyes”, but the treatment was written in Cyrillic.

Operation Crossroads, which was the United State’s first set of tests at Bikini Atoll in the Pacific Ocean sought to re-examine Robert Oppenheimer’s work under these improved testing grounds after concluding the war with the annihilation of Nagasaki and Hiroshima. The Untied States army had laboriously towed all of the damaged aircraft carriers and warships from the battles in the pacific to the atoll, loaded them with pigs and other livestock and set the stage for the testing of the atomic bomb and the resulting radiation. Important to note was that the ships and cargo (pigs have the most consistent skin to that of humans) would be lined in a concentric circle pattern in which the army would be able to test the livestock for various illnesses caused from the initial blast, radiation, and general fallout. There are conspiratorial stories that accompany the cargo in which prisoners of war were also used, but that is up to speculation.

In Nadav Kander’s images, one gets the sense of urgency to understand the pathology of testing these bombs out in unpopulated or un-indexed geographies in what would be the further reaches of the Soviet Federation; Kazakhstan. Seeking to test the effects of radiation by exploding the device in a remote area where the inhabitants would not be cared for, but where the effects of the explosion could be measured for generations is not singular to the Soviets.

Kander’s images have never been something that I have been drawn to. I have always considered his work professional, often beautiful and sometimes a bit too slick, but not necessarily something I am personally interested in. This book breaks that chain of thought. To consider this as “Aftermath photography” would be a fair summation. To understand it as an investigation of simple ruin lust would be unfair. There is the sublimity that the former misses and the latter often absorbs as a byproduct of unnecessary mediation for that of a pacified and cold document. Somehow Kander manages to evade these problems in this work for which I am grateful. He also seems to be fairly invested in the work and one almost senses more than a sadness involved in making these images, though I would not say concern per se as it is post-event. There are contemporary image-makers doing similar… Simon Norfolk, Robert Polidori in Detroit and Prypryat, Richard Misrach’s “Violent Legacies”, etc. but that Kander has chosen a fairly poorly covered geography and has managed it with an un-erring sensitivity makes the work applause worthy.

“Dust” is currently on view at Flowers gallery New York until May 7, 2016