”Our children never experienced this culture, thank god. People always seem to have a fondness of the mall culture when they recollect, I don’t…I’m glad it burned down”.

Summerland has burnt to the ground. There were sirens abound and the ground shook with the speed of the fire engines roaring past. Summerland and its deposits of oblique commercial nothingness. The venerable playground for the financially challenged absorbed into the parade of shopping mall inevitability.

Summerland itself was never the issue. Its cheap façade and acrylic plants were meant to decay in small decades, not last forever. It was a husk for which electrical wiring would coil just above the plaster-drop ceiling, where asbestos piping colonied itself into the same non-space where the cheap ventilation shafts ran incongruently along the mouth of the shop front. A steady spray of air-conditioning so cold pickled our skin compared to that of the hazy summer day. I remember the AC would hiss and spit air that we were convinced housed a chemical spray. 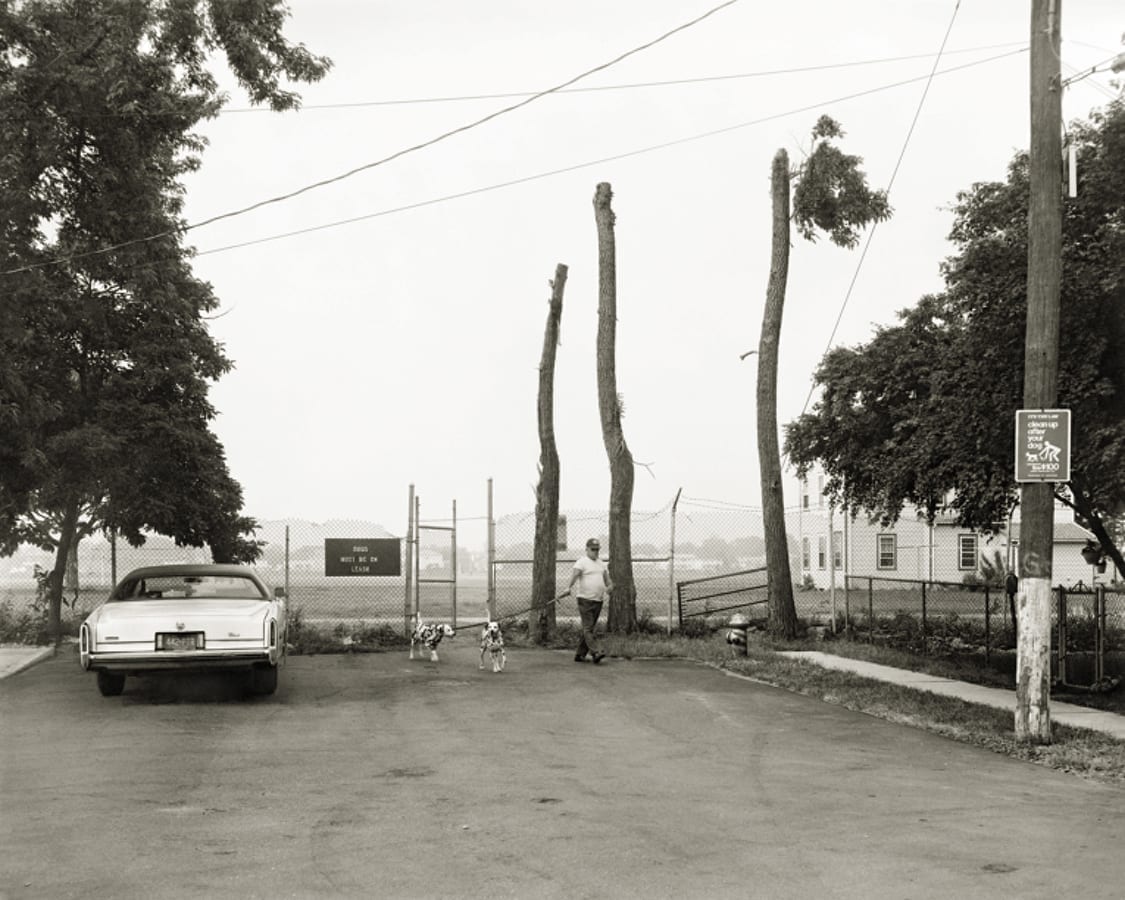 ” And by white, I mean all the people are white, which isn’t a problem per se, but represents but one possible experience of Staten”.

Growing up in Staten in the 1970’s, we only had the promise of water next to Szbaro’s pizza and the food court. “50 cent soda’s in the hood”, they were indeed “goin’ crazy”. The glistening bodies, the Matt Dillon wannabees, all feathered plume and with no real smoke. Those days are still aflame in our collective memory as we reach that “certain age” our parents always spoke about as if it were a warning. Now everything is a husk of THAT husk. The Summerland mall burned down years back and the Szbaro pizzas were replaced by a Dominos nearly two decades ago.

We no longer leave the house to eat pizza. We recline in the armchair and we have moved on. Our children never experienced this culture, thank god. People always seem to have a fondness of the mall culture when they recollect, I don’t… I’m glad it burned down. We couldn’t see the umbrella of the financial sector weighing down on us those days. It was still the promise of post-war America with its idealism and its meatloaf. The meatloaf said everything really. Broken unions, last exits to Brooklyn, it was all there. 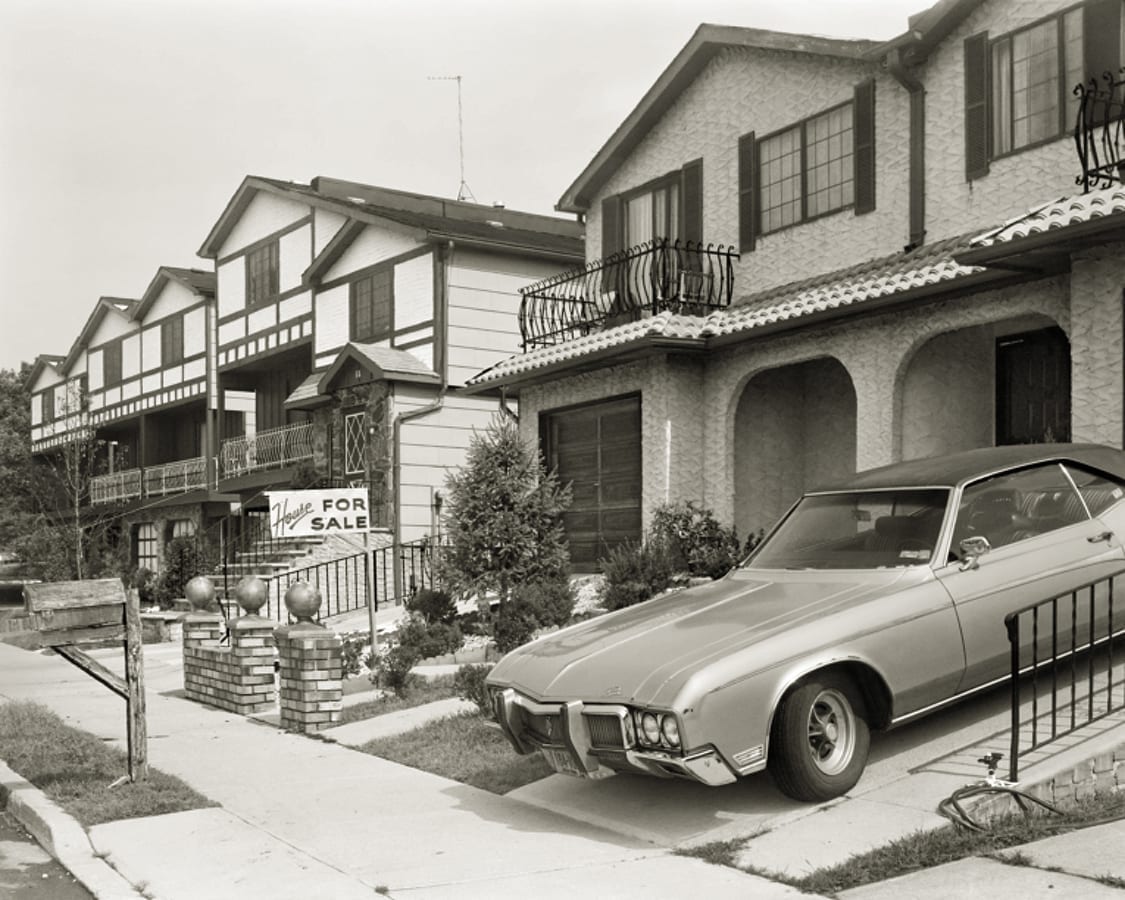 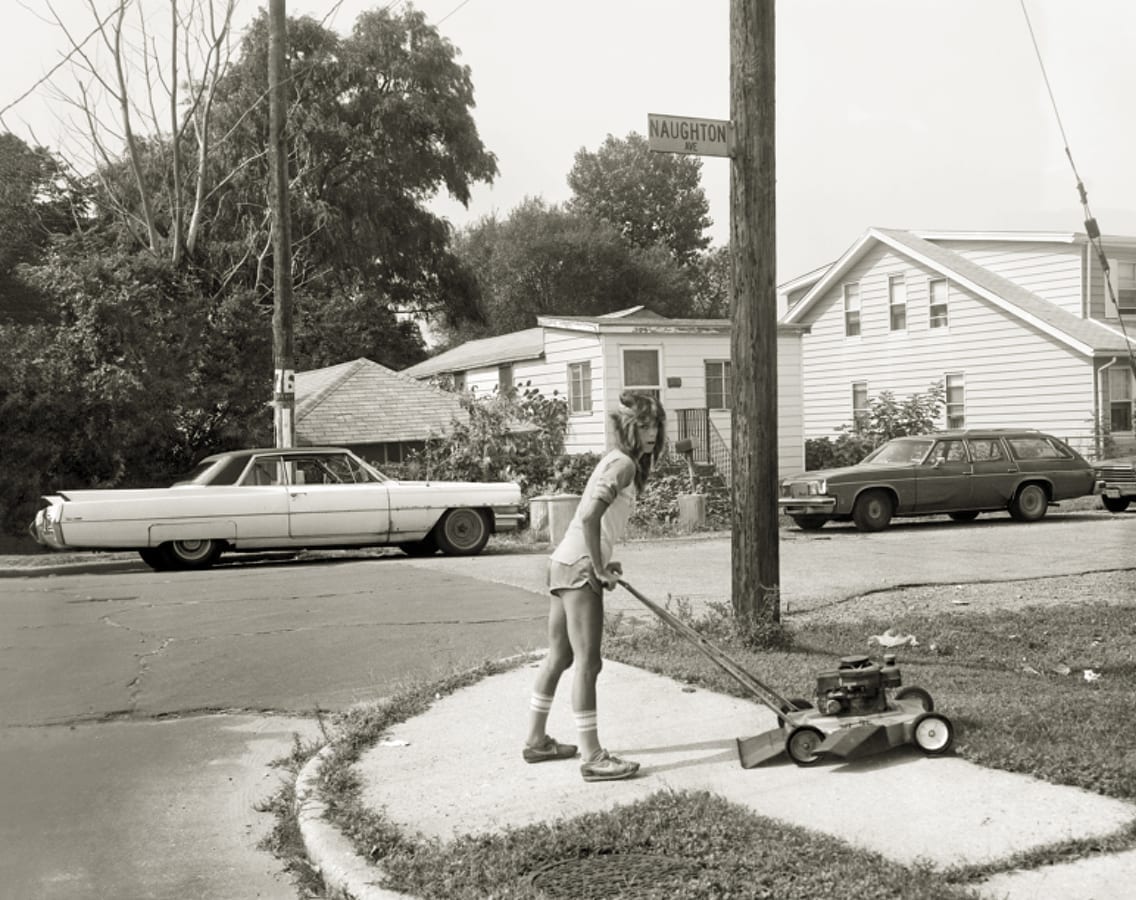 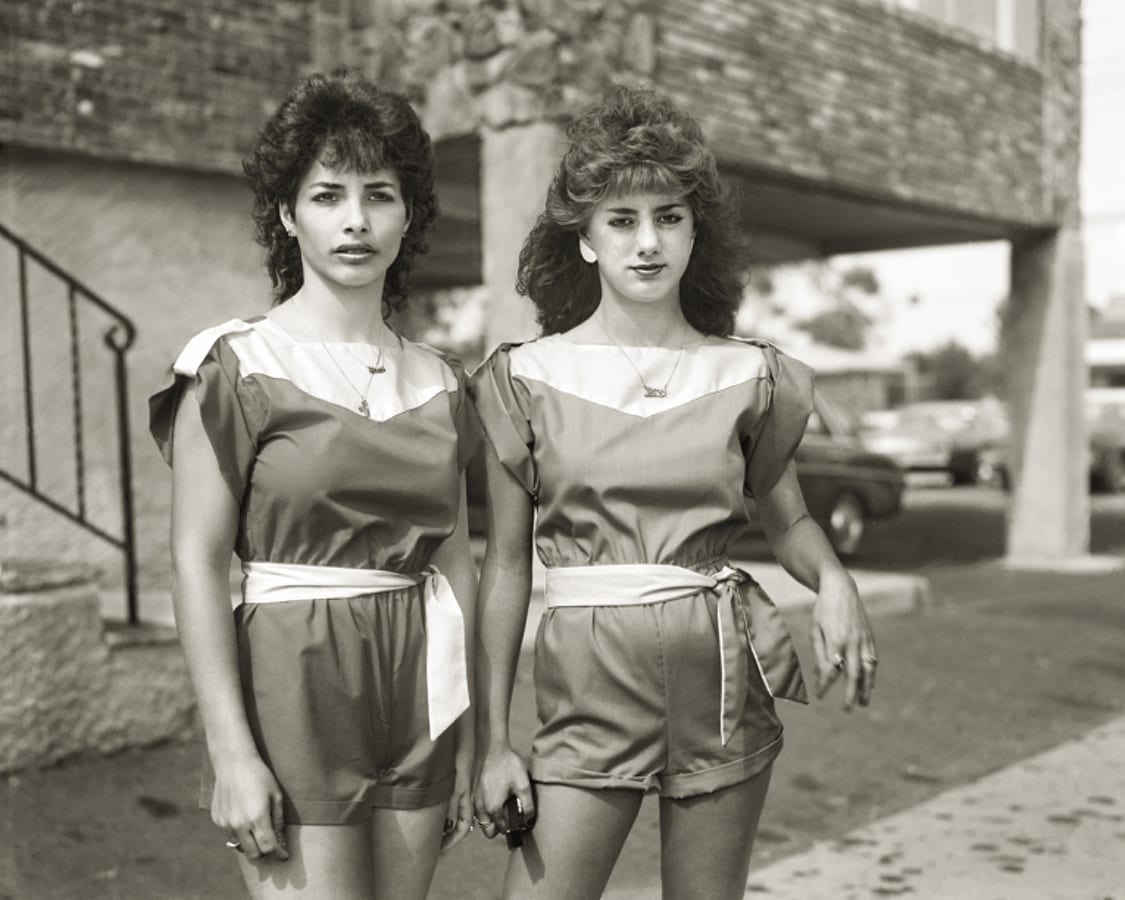 ” The glistening bodies, the Matt Dillon wannabees, all feathered plume and with no real smoke”.

Christine Osinski’s “Summer Days Staten Island” on Damiani is a niche book. There is a tight formalism within the pages depicting an America that has vanished. I have alluded to pieces of Americana that I remember within the tract above. There is also the association with Ghostface Killah and the Wu-Tang Clan, many of whom would remember the images in this book growing up if it weren’t so white. And by white, I mean all the people are white, which isn’t a problem per se, but represents but one possible experience of Staten. I tend to gravitate to projects like these when they are slightly less posed or poised towards “the” photographic. 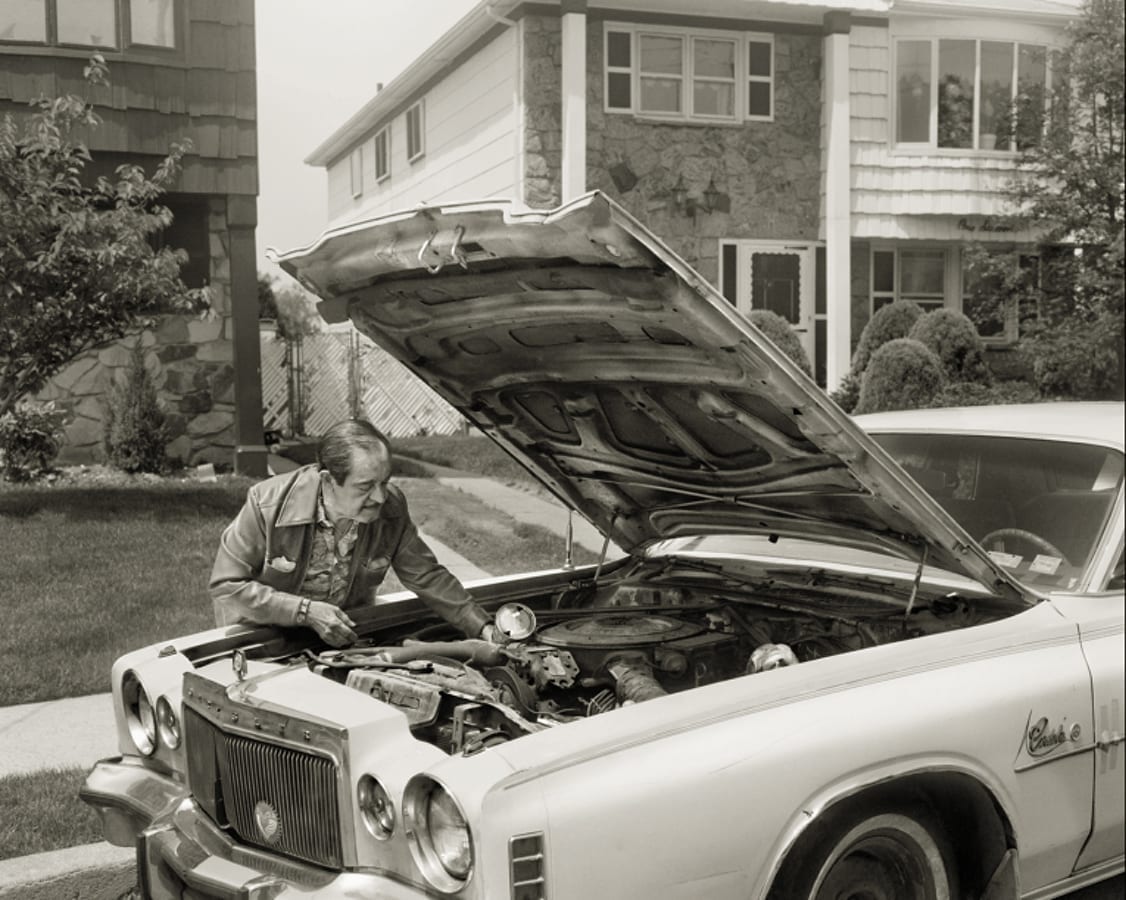 Man with an Oil Can 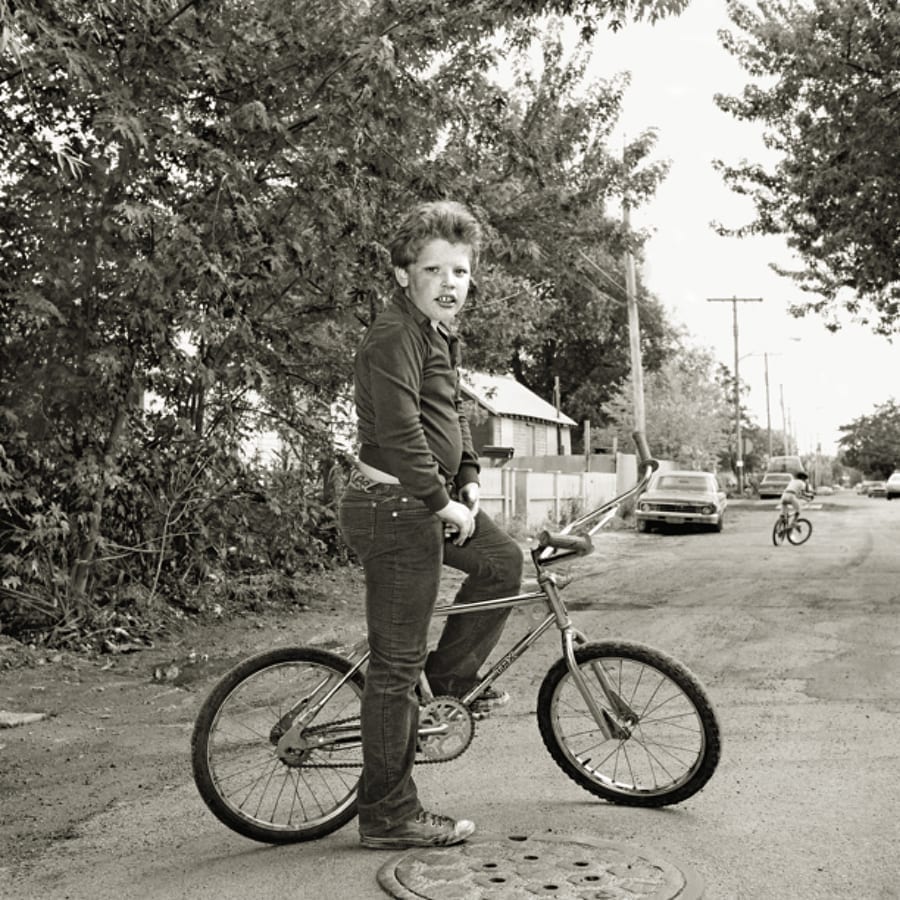 Boy on a Bike 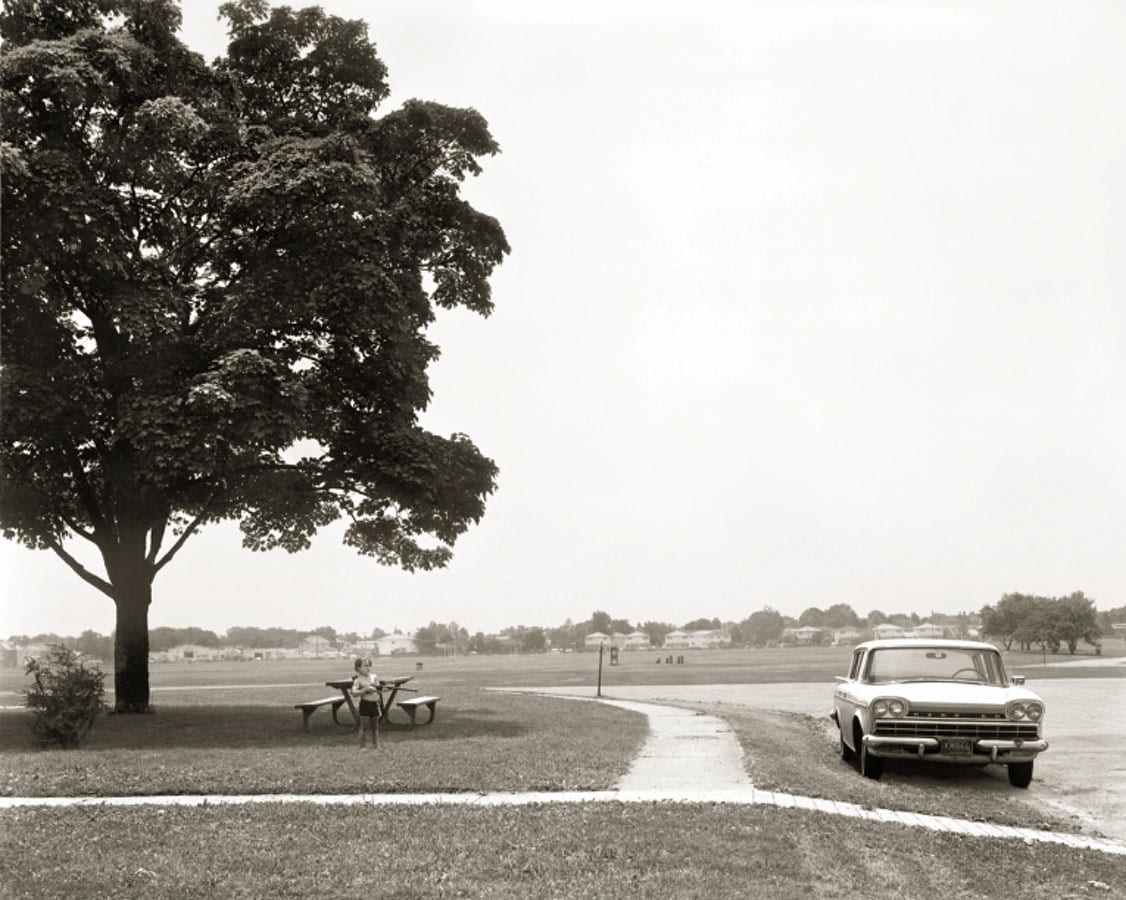 Boy Pointing Rifle at a Car

The images remind me of the bulk of 70’s American photography. There is a bit of Arbus, Friedlander, Robert Frank, Garry Winogrand, Bill Owens. It is well done for its technical means, composition, etc. I guess there are a flurry of these books coming out now… all the lost images of those decades of the 70’s and 80’s… I’m sure the 90’s are just about to drop just to ensure I feel really fucking old sooner than later. If you like our Americana awkward (as I do), this book is for you. If you hesitate on the formalism that I have mentioned above, you may want to abstain. Somewhere in-between, I am quite content with it for its partial representation of Staten.