These event headlines are embedded in this single image, now symbolic of defiance against the brute force of state power. It is both the beginning and the end – the beginning the event evokes and an end that stops at the image and caption.

The news image of global importance is the both the beginning and the end. The first visual recall for everything subsequently remembered. Recollection, takes us back to this image which finds itself effortlessly receptive to meaning, yet heavily burdened to hold its signification forever. It’s becoming, is steadily processual, drawing in every word spoken and written about the event, each truth, fiction and myth. The image becomes the signifier for its subject’s world. This is the world of the event; encompassing every eventuality and every possibility.

The famous ‘Tank Man’ image of the 1989 Tiananmen Square ‘Incident’ in China is one such example. The student protests, the national turmoil, the imposition of martial law, the fatalities – the authorities on the verge of losing their grip on public order. These event headlines are embedded in this single image, now symbolic of defiance against the brute force of state power. It is both the beginning and the end – the beginning the event evokes and an end that stops at the image and caption.

Katja Stuke’s book, Nationalfeiertag (National Holiday) gives us a photographic departure point for considering a somewhat indirect and open-ended interpretation of this history. Her practice begins with surveillance. The process, two-fold: her tourist-like filming of people in heavily watched and monitored public spaces and her use of the raw footage in a secondary process, where photographs are taken from the screen. The editing is where the work takes shape and sequence. The aesthetic is one of paused video stills – cathode ray tube portraits.

The unassuming public, filmed mainly in Tiananmen Square during a national holiday, are depicted in states of natural oblivion. Stuke captures stills from her footage when an instant resonates, the moment when a portrait lifts itself beyond the screen and speaks of an unconscious relationship to the past. In this case, a latent past waiting to be reawakened or a past which threatens to disappear completely. Here, Stuke’s portraits offer themselves against a collective amnesia. 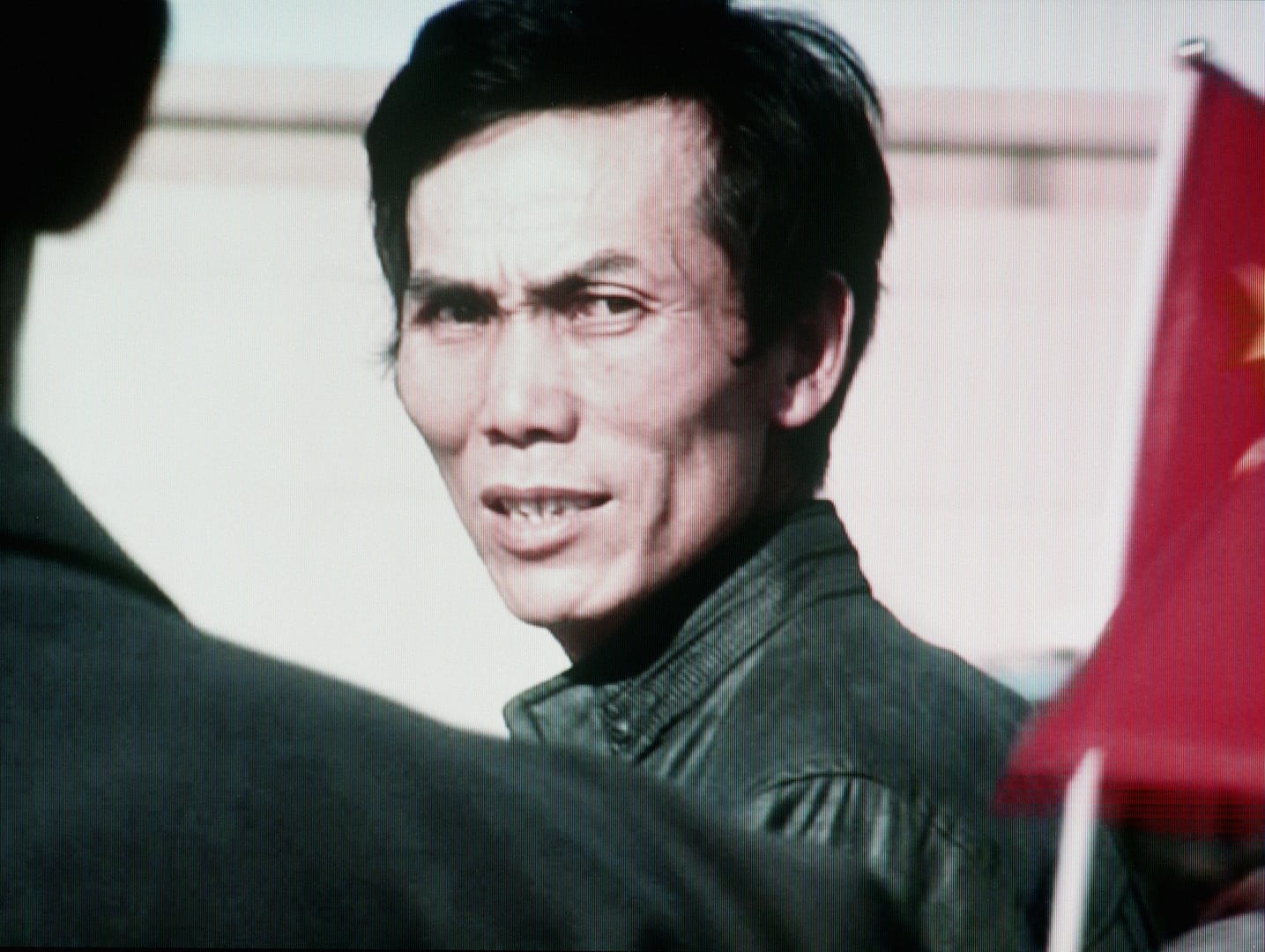 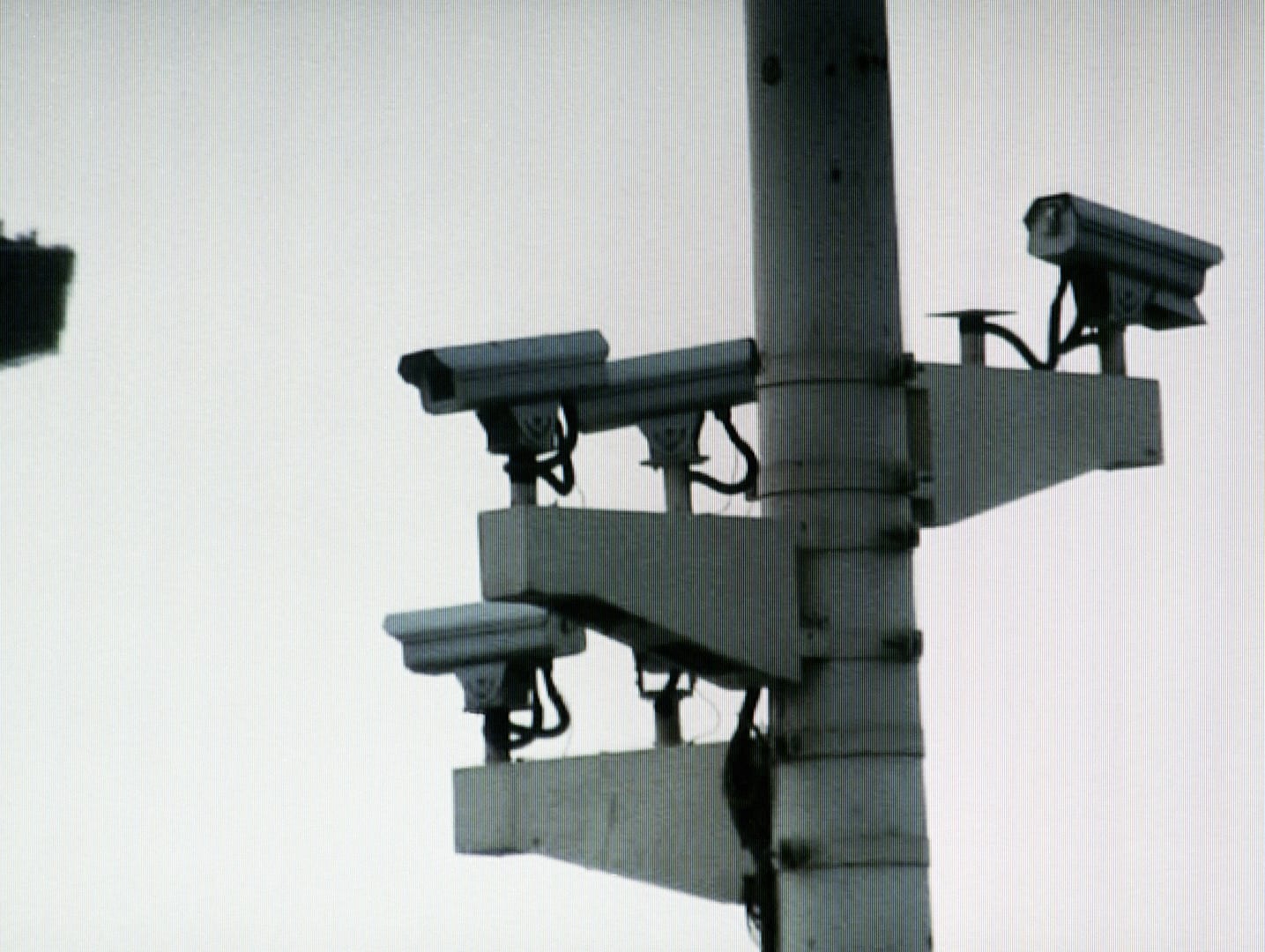 Nationalfeiertag (National Holiday) gives us a photographic departure point for considering a somewhat indirect and open-ended interpretation of this history. Her practice begins with surveillance.

The re-photography is supplemented with newsprint scans dated around the fateful days of the student protests in Beijing and other cities in China. The scans are sourced from an archive held at the June 4th Museum in Hong Kong, dedicated to the memory of those who died. In China, however, details surrounding the events have been systematically erased or ‘de-emphasized’ from the national consciousness. This is implied through the book’s Japanese binding and folded pages which by most part enclose the newsprint within the interior of the folds – a metaphor for the concealment of this history beyond the cosmetic consciousness a society is forced to display.

This book invites a re-visitation of the Tiananmen Incident and does not reduce it to a mere singularity. Instead it provides entry into the subject’s world, a world which would otherwise remain hidden beyond the portrait, the single image or media symbol. Through her own form of looking, Stuke subverts a mechanism of control to unlock that restricted and censored past, specifically in a site where close surveillance is deemed necessary to keep things from getting out of hand again. Nationalfeiertag moves beyond outward appearances, it shows us the faces of those who perished, now somehow present, in the mute faces of those who must be silent.

Sunil Shah (b.1969) is an artist, photographer and curator based in Oxford, UK.  Follow on Twitter @sunilphotocom