Perhaps every minor empire crumbles under the compunction to order over that of chaos. Chaos is divinity.

Euston, two men walk into a pink bar, lit in opposing lime neon signage from the middle of the smog-weathered façade. Within the musty ambience of the establishment the clapboard sound of their worn shoes shuffle correcting the tumultuous clamor of the current inhabitants fevered inebriation.

To men entering a bar:

One man leaves with a his tongue falling out the crimson split in his cheek. Reverberations of “Fugggg Fugggg”; grim illuminations of what language becomes when exhaled from the painful gasp through the exposed and sinuous teething grin of a Chelsea smile…The Euston smile, perhaps.

From here denizens of the big smoke bound off the sound of glass amyl nitrate bottles crushed under foot to become further cheek incised pill popping afficianados be-guiled callously to the sticky floor of a cold fetid squat, a seismic resounding scrape of their bodies continuously clamoring through holes of brick situated next to “no trespassing” bolted doorways. Candle lit rooms and an inching aggression of life left celebrated elsewhere. These are the tragedies of false impressions by those who never lived the experience.

“These were much less painful times in a way”, she says through a yellow halo of plumed cigarette smoke. “

“These were times when there were no cameras cast above our heads so gathered like a swarm of birds preying, trying to trace what economies of our poor selves that would provide the state as it does now. These are the locusts of today. Theses are the locusts of tomorrow (exhalation, wheeze). Thatcher was out, the false promises of Blair’s lying and callous maw was in. The 80’s and 90’s were different. There were promises, but there were less signs of the prison architecture surrounding us on the cobble stoned streets of London (The shame in Panic). You lot probably think it was just like trainspotting, jerking off into feces, killing babies, hiding from ourselves…well, it fucking wasn’t. There was a lot of love and caring in those rooms. Sure, some of us woke up next to a pile of vomit, but who that has lived a life hasn’t, at least once.

There was this slight man who used to visit us for a smoke…smiley, Smiles, Smiler…yes that was it smiler. Funny guy, compulsion for a camera and a bit of mess…the way things should be…minus the camera. Back in those days we would worry about the flash on his camera giving way to an intrusion of our nest by local authorities. That is, only if he was in the top rooms where the windows weren’t blocked out. Never once did he photograph us killing a baby (cackling from her cigarette stained throat). Rubbish idea, that Trainspotting Movie…written for complacent sheep who don’t know how to handle their drugs. I feel so old telling you this, but this was of a time and place before you…a place where you weren’t and where we aren’t, presently. Perhaps every minor empire crumbles under the compunction to order over that of chaos. Chaos is divinity. We were our own gods or shepherds at the very least. Now, those of us left are just making our way out from under the carpet-bombing of your current “culture”. You cant take that away from us. We still exist and we would never give you but pictures from the show from which we expect you to “feel” nothing.

And these pictures by that feller Smiler…they are but adornment for the vacuous nature which you presuppose our existence from. So darling, from the mouth of dead babes… go fuck yourself and your appropriation of our style, our music, and our lives. You can give us your symptomatically dishonest attempt at earnest sweat, but you can’t play with us, you can’t be us…so again…here’s a cheque…go cash it in and write yourselves out of our moments and back into your whitewashed existence where you and your money and your cyclical attitude to what was can drown in the quagmire of your riches. 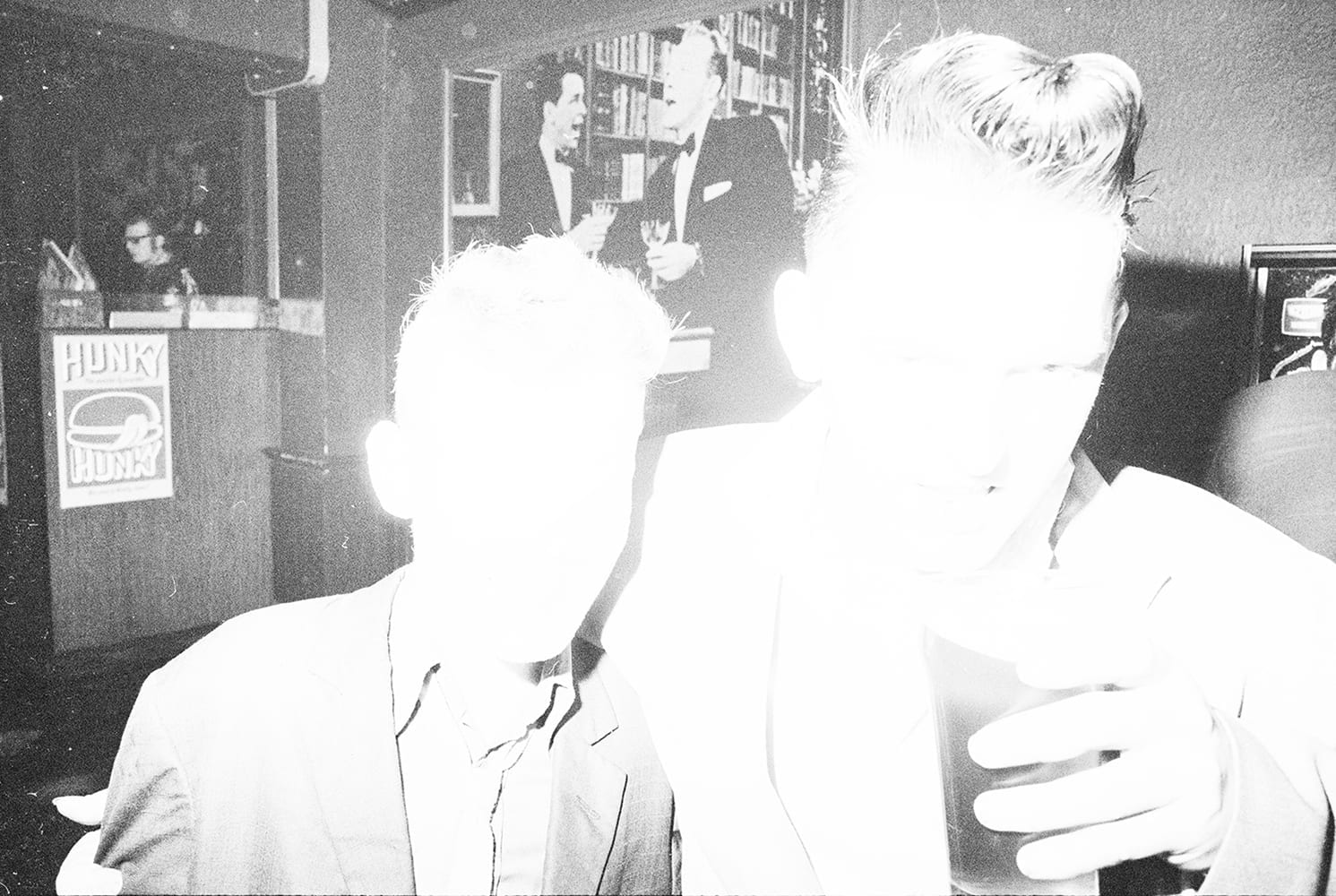 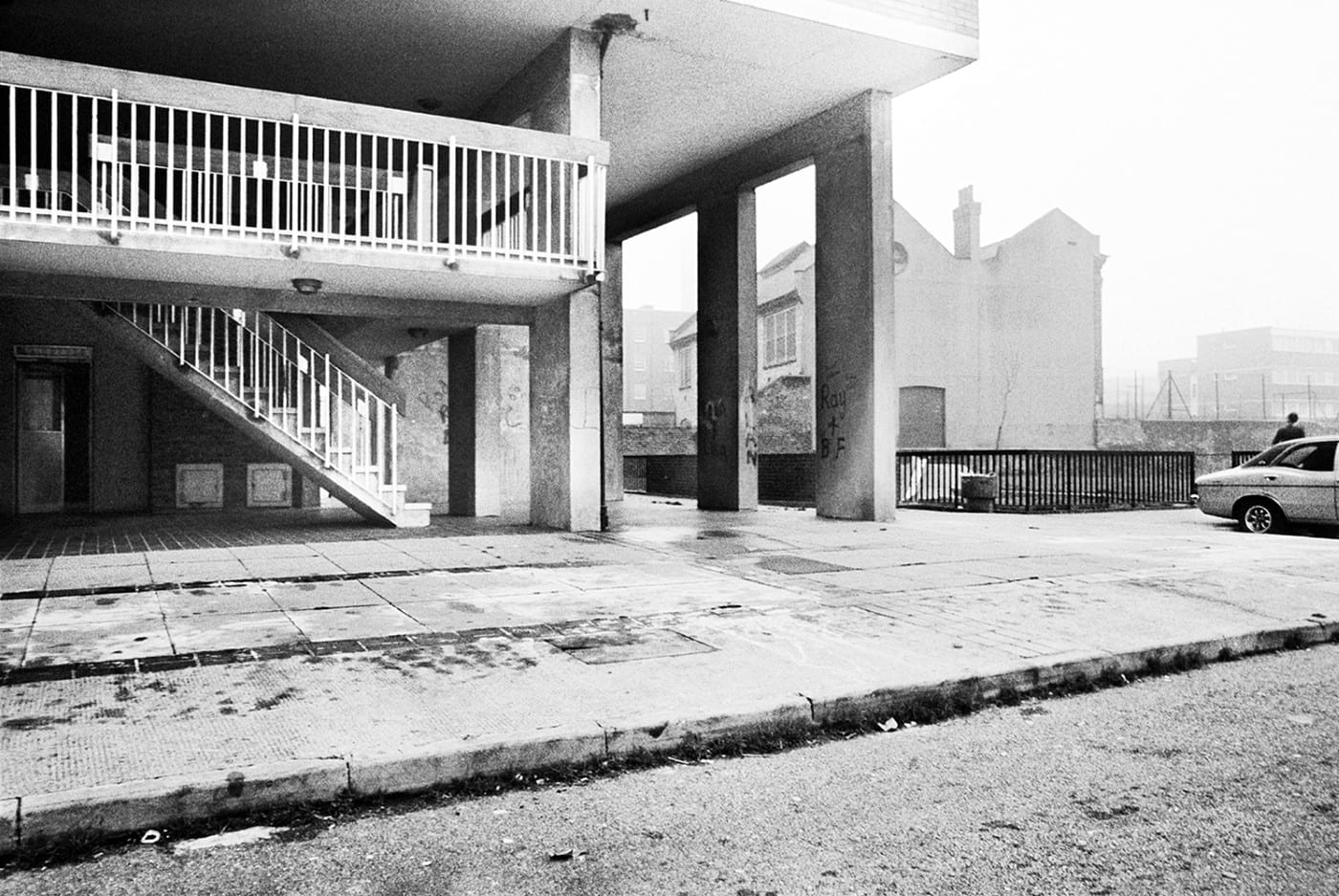 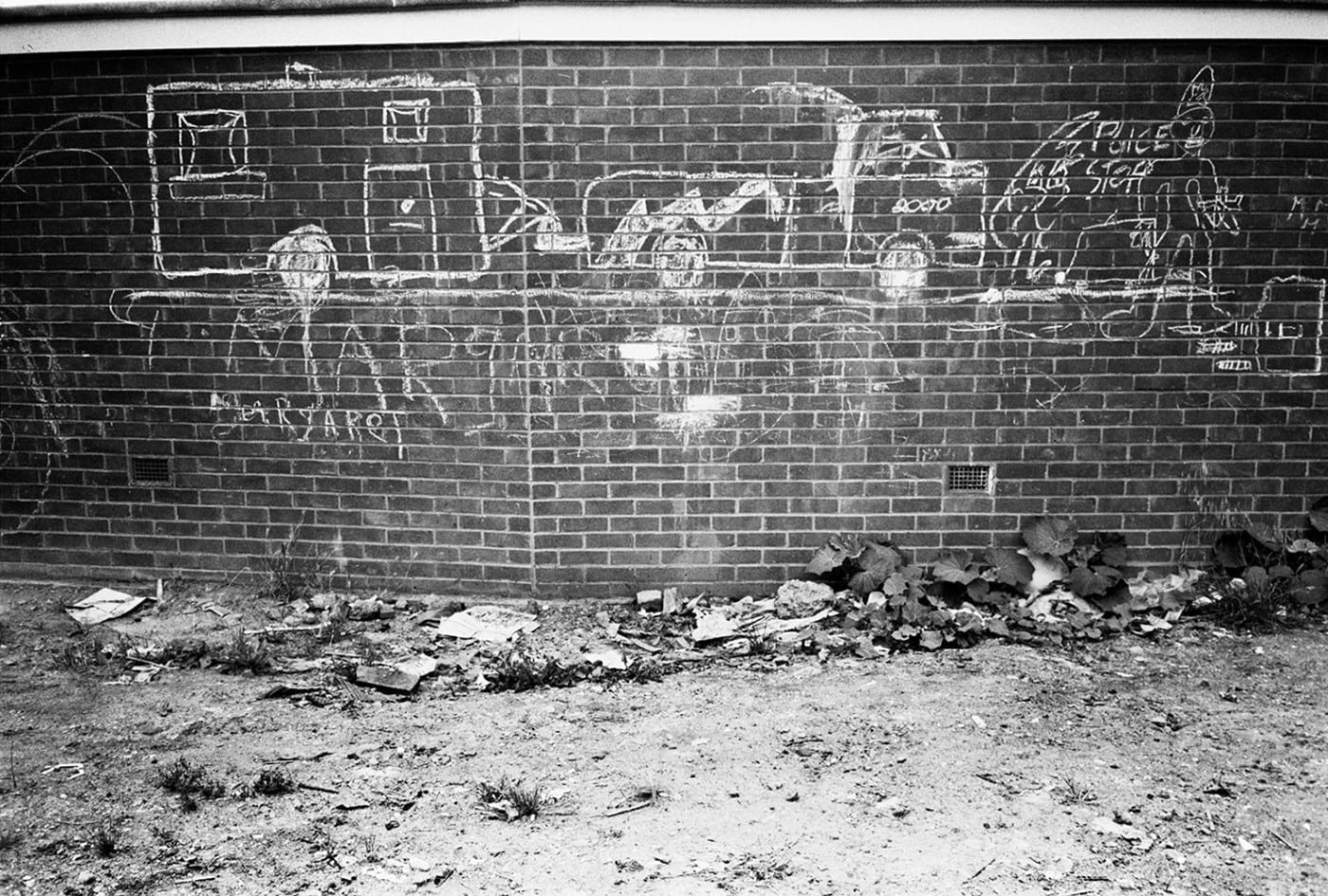 We still exist and we would never give you but pictures from the show from which we expect you to “feel” nothing.

To disassociate Sorika Press and Gareth McConnell from Smiler’s photographs would be a disservice to both of these monolithic caretakers of a memory not our own. Gareth and Smiler had met under the proxy condition of life at its edges… in what George Orwell might have later hypothesized about in “Down and Out in London and Paris”. Both men have made surveys at the margins. I don’t mean margins the way a Magnum photographer looks at margins before getting paid and then going home. I mean margins in the sense of what it fucking means to be human, out of place, and gloriously out of time with the “progressive (masquerading verbosity for the word placid) culture of the last three decades. Both men have wed themselves to a sub-culture and disavowed a society full of elite creatures so dormant in their average outlook on life… lets call those procreators … the masses. In Smiler’s world, shapes shift, flash bleach out the faces of his interest… deriving metaphor from the commonplace of his own world… a world that probably proposes indecency and squalor to the ineffectual median known as the here to afore-mentioned “masses” into that of a world rife with possibility. Both artists have met over this incredible little book, rather zine (as it should be) of photographs that McConnell has culled from Smiler’s archive.

McConnell, an informed interlocutor of the same world as that of Smiley has handled the material sensibly and given it the credence necessary through editing and production that it deserves. To say Smiler’s pictures are just a result of time and place would be unfair. They are illustrative of these notions, but are also selective engagements to larger issues of cultural memory and socio-economics in post-Thacher Britain. The book is real. The people within are real. The archaeological interest in publishing these images is also very real. I could blather on about Christer Stronholm, Jacob Aue Sobol, J.H. Engstrom, Larry Clark, Anders Petersen and a bunch of other so called ”humanisitic” photographers in relation to Smiler’s images, but to do so would bore the shit out of me and hopefully those reading this.

I have set the perimeters within my disavowal and it is my only hope that perhaps if interested, you would connect with the work and book yourself and understand that the experience of which is pleasantly insular within the pages almost to the point of a gross “fuck you for trying , HA HA “ pointing also towards that which can never be understood in a photograph. The conditions of place, the smell of a place, the people in a place and every gross ineptitude for comraderie one pathetically tries to draw from a set of images is entirely futile.

If a photograph makes you feel nostalgia for an experience you never lived, perhaps you should have another caramel-nut latte and get working on that mood board that you are putting together for that company that you work for so they can facilitate that jingle (of “real life” potential commerce,.. lets call it “gritty”, even) to get more people to buy a Prius or some other form of monoclot cultural bullshit that the established order tells you to buy/sell so that they can keep the petro-dollar economy at work, then maybe it isn’t really for you. This book doesn’t come with a direct deposit scheme and that’s how I know. HIGHLY RECOMMENDED.