Somehow I’m still surprised each time I read someone ascribe active and political agency to the units of exchange shuffled around the luxury economy.

Abstract Pictures is a collection and evaluation of Wolfgang Tillman’s work from the 1970’s to the near-present, featuring an essay, a collection of Tillman’s notes taken over the years and 312 high-quality color plates covering a large section of the artist’s career in fine detail.  The book is impressive, the images, aside from the uninspiring Lighter series, which is inspired by paper jams, are ethereal, evocative, resonant and otherworldly. Yet I’m going to focus on the part of books like this that very few people read, the prefatory essay by Dominic Eichler, and more specifically what I find to be a specious interpretation of the nature of abstraction.

Somehow I’m still surprised each time I read someone ascribe active and political agency to the units of exchange shuffled around the luxury economy. The closest analogy to writers and curators who find radical political content in non-representational abstraction might be scientists paid by tobacco companies to not find the links between smoking and cancer. Eichler approvingly quotes Bob Nickas on Tillman’s 2006 show at MoMA P.S. 1, “In a media-dominated, advertising-flooded world, the refusal to offer an immediately recognizable picture – a seemingly subjectless picture – is a political gesture.” The substance of that gesture exactly, if it is not that of commodity exchange capitalism, is unclear. 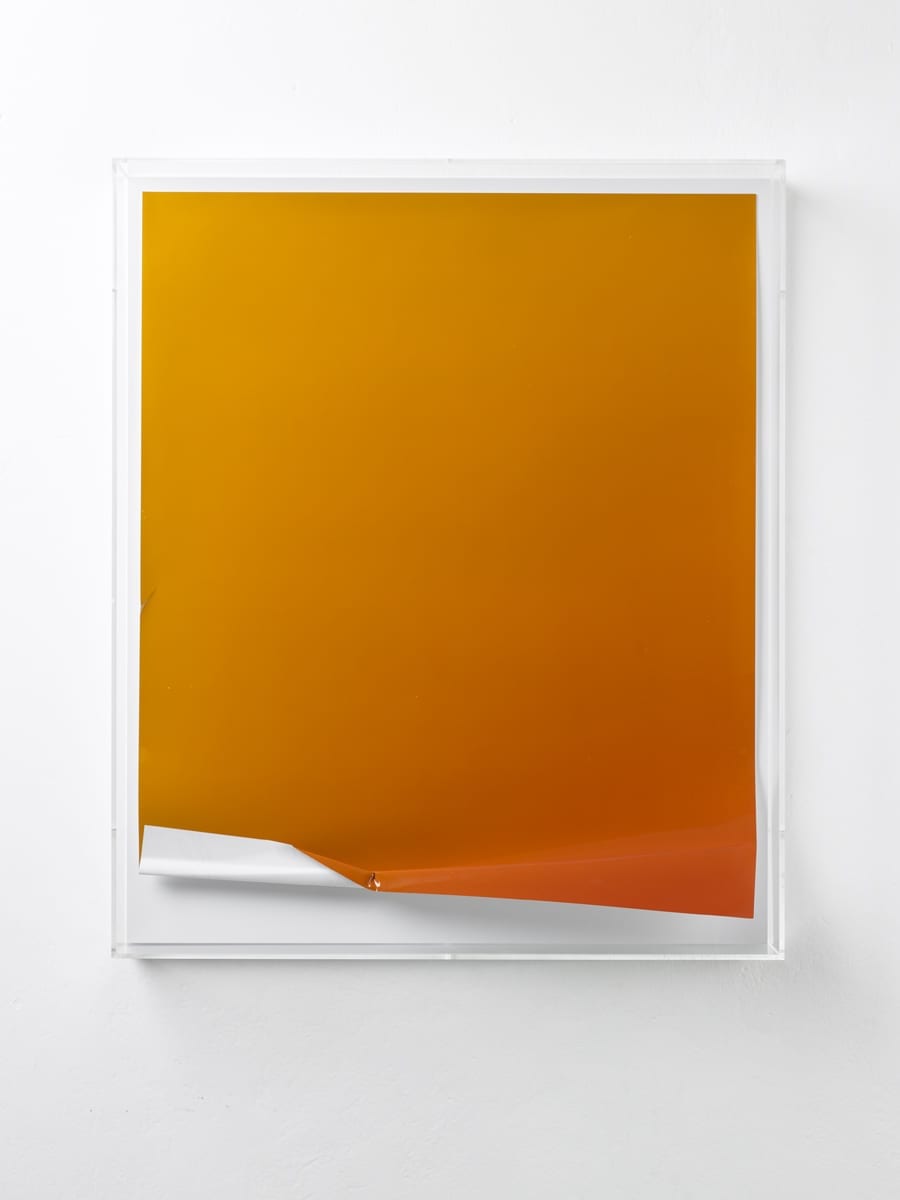 I don’t want to say Tillmans is co-opted by overinterpretation, as he’s certainly not a powerless agent, but it’s clear that he is more comfortable with the more radical proposal of serious art succeeding on a superficial plane.

Eichler enlists Barnett Newman on what his own abstract art might mean in relation to society. “It is full of meaning, but the meaning must come from the seeing, not from the talking. I feel, however, that one of its implications is its assertion of freedom, its denial of all dogmatic life.” Newman adds, optimistically, that if people properly understood his work “it would mean the end of all state capitalism and totalitarianism.”  It is, however, either irresponsible or naïve to posit that the idea “freedom” exists independent of ideology and power. On a more immediate level, who, in the legacy of two Bush administrations, could hear the word “freedom” without the baggage of dogmatism? Further, aesthetic abstraction doesn’t exist independent of political structures of taste and signification; it merely constructs new structures wherein the vacuum left by subject other than medium is filled by the dominant value of the society that consumes it, capital. Absent reference, these aesthetically pleasing swirls of color, shape and biomimetic form operate as advertisements for themselves, which is both a fine thing for art to be and not a revolutionary action.

Tillmans, in Abstract Pictures collection of his notes from over the years, offers a tempered, more personal approach to the work for Freedom from the Known, the same show on which Nickas comments and Eichler quotes, “ … I feel that purely abstract works and pictures with a non-direct political content are my freedom of expression. They are my resistance to feeling powerless against the falling apart of a world bent on reviving ideologies and erecting borders and barriers and fueling hatred between people.” I don’t want to say Tillmans is co-opted by overinterpretation, as he’s certainly not a powerless agent, but it’s clear that he is more comfortable with the more radical proposal of serious art succeeding on a superficial plane. To define a seemingly unrecognizable image as a political gesture is to shift the nature of the object in question. Naming the supposedly unnameable transforms abstraction in to signature, attaches a phallus to a neutered gesture. A simpler question is, if this is what political art looks like, what does non-political art look like? The answer would be that that everything is political. True, but some things are more political than others, and some so little so that it seems not worth mentioning.