“Roma’s images disappoint any prudish or salacious imagination of the cruising spot.”

The Vale of Cashmere is a cruising spot in Brooklyn’s Prospect Park adjacent to the predominantly West Indian neighborhood of Flatbush. Formerly, the Vale of Cashmere was a maintained garden with a fountain before it, along with the rest of New York, fell into disrepair in the second half of the twentieth century. Eventually people found a different use for it. In the Vale Of Cashmere, a collection of photographs by Thomas Roma (October 29 – December 19th at Steven Kasher Gallery, also a book forthcoming from Powerhouse) shows the Vale and the men who go there.

Roma learned about the Vale of Cashmere from a friend in 1976 when he dropped his friend off on the long, quiet stretch of Flatbush Avenue between Grand Army Plaza and the Prospect Park Zoo and watched as he entered the park through a hole in the fence. Years later, many years after the death of his friend, Roma rediscovered this section of the park while on a walk during his son’s baseball practice. Soon he began photographing it.

Roma’s images disappoint any prudish or salacious imagination of the cruising spot; there’s no sense of anything sordid, much less anything lewd happening. Instead they show mostly isolated, often lonely looking subjects, incongruous in their street clothes, stranded in some Beckettian landscape of hazy sun and the brittle, semi-denuded growth of a forest in New York City. Many of the images look like warmer afternoons of the late-fall and early winter, a grey landscape of twigs, light contrast and a white sky. Roma somehow balances the crooked shatter-patterns of plant life with the horizon and the gentle slope of the hills to make these barren landscapes some of the stronger images. 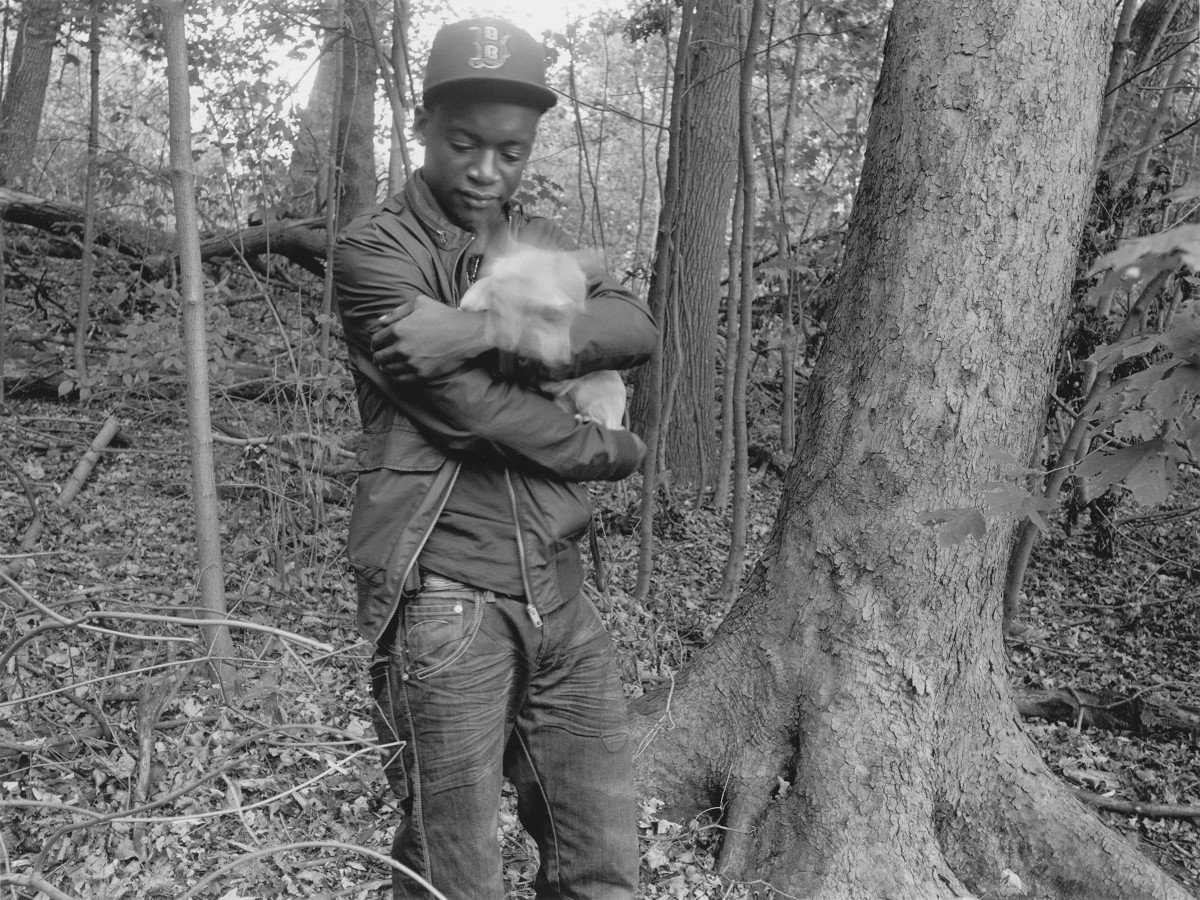 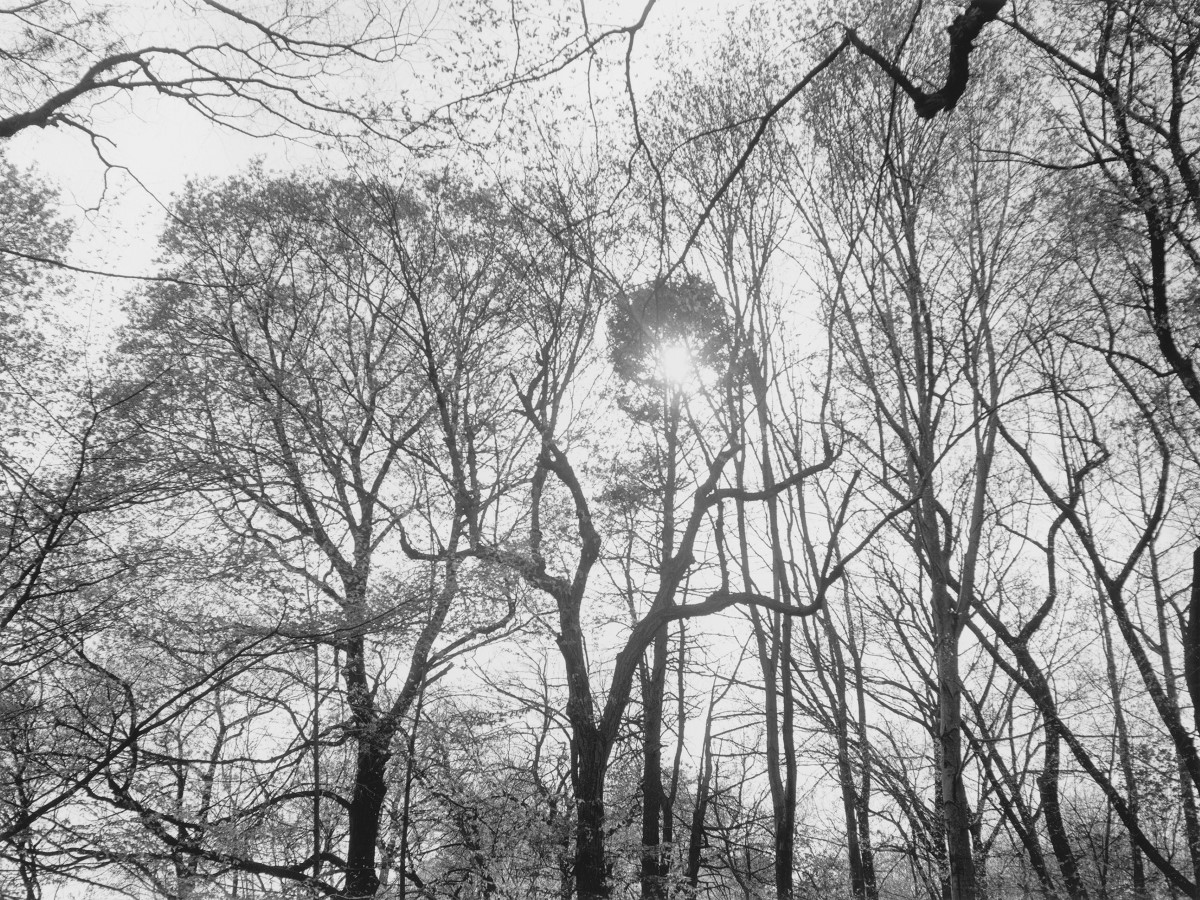 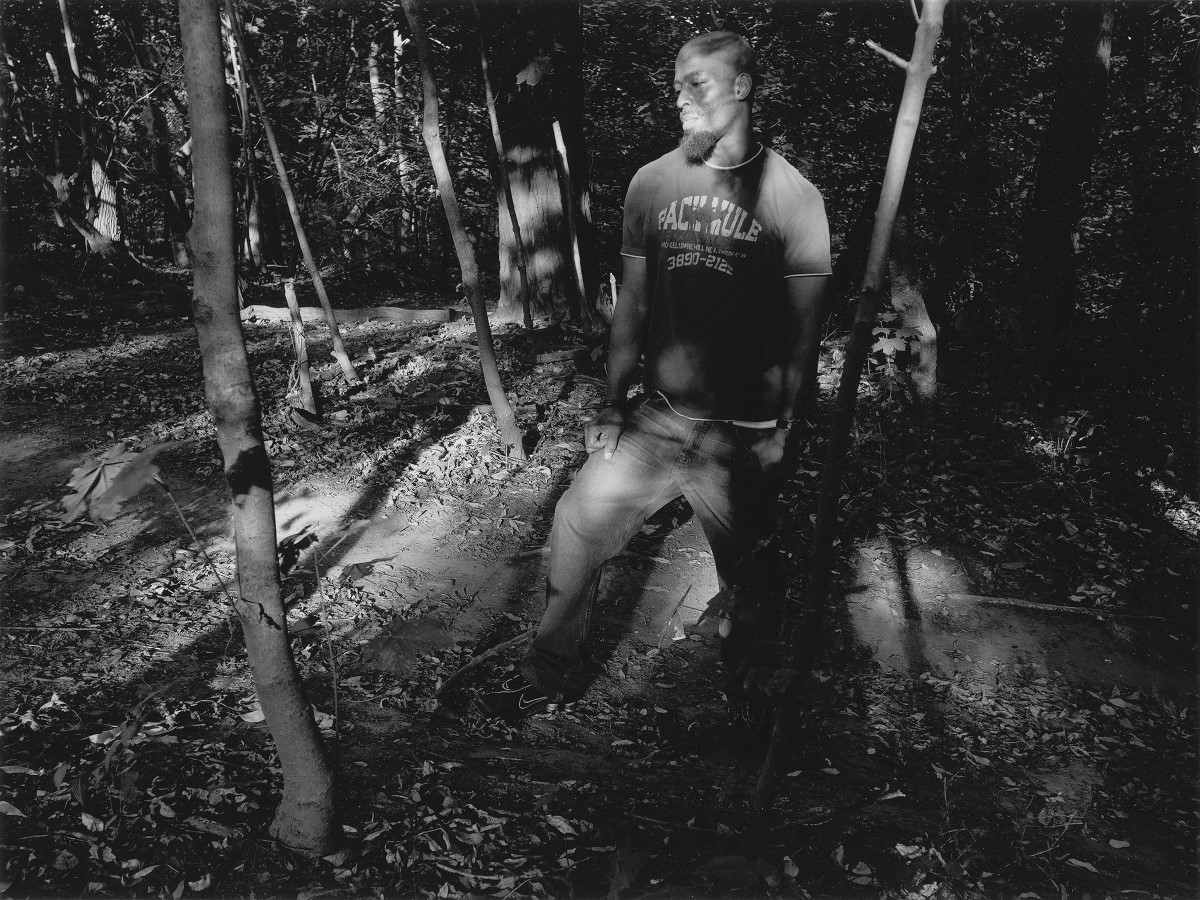 “Roma’s handling of the issue is, in a single word, sensitive.”

While it’s never been easier to practice surreptitious photography than it is now, two conditions necessitated Roma shoot posed, rather than candid photographs. Firstly, he shot with a medium-format camera mounted on a tripod with exposure times of one-to-six seconds, as evinced in the blurred face of a dog wriggling as his owner holds him up. More unique to this project, however, is the sensitive, secretive nature of semi-anonymous public sex. Roma’s handling of the issue is, in a single word, sensitive, which entails first of all asking for permission to shoot. Typically, I find that posed photographs lack character, that the act of preparation allows the subject time to protect their vulnerability with a mask of poise. Yet a pose can also allow a subject to reinvent himself, to construct a momentary identity for the photograph. Some of Roma’s men pose with attitude: others are demure. There’s nothing but pose to show us their interiority, but through that in itself one can see that being photographed in The Vale of Cashmere allows these men to inhabit a different self in a place that plays by different rules than the straight world.

Deep depth of field resulting from Roma’s long exposure times ensures that his subjects aren’t optically separated from their surroundings. They are, after all, standing in a place to approach and be approached. The elements of the photographs are restricted almost entirely to the men and the clothes they wear and the trees, the sky the ground and the leaves. Aside from that there are few details: the defining garnish of New York City, an old decaying copy of the New York Post, one of the men’s shirts says, “Pack Mule.”

The opening had leaves strewn on the floor of the gallery, a gesture towards the season perhaps, or it could also signal how Roma has stripped away the cover from the Vale of Cashmere. As far as immersing you in the subject matter, if you turned the corner into the other currently show, John Florea’s WWII, the first image you see is a lone man trying to fill a long mass grave with a shovel. As for the book, the images sometimes appear more grayscale than black and white, in contrast to the perfectly done gelatin silver in the gallery. Additionally, I’m not sure who would enjoy the thumbnail-sized image in the lower left corner of nearly every other page; I’d say that it seems like the kind of editorial decision made by someone who’s spent so long looking at photographs that his cares and concerns for the image are alien to most other people. Mostly, it works well.