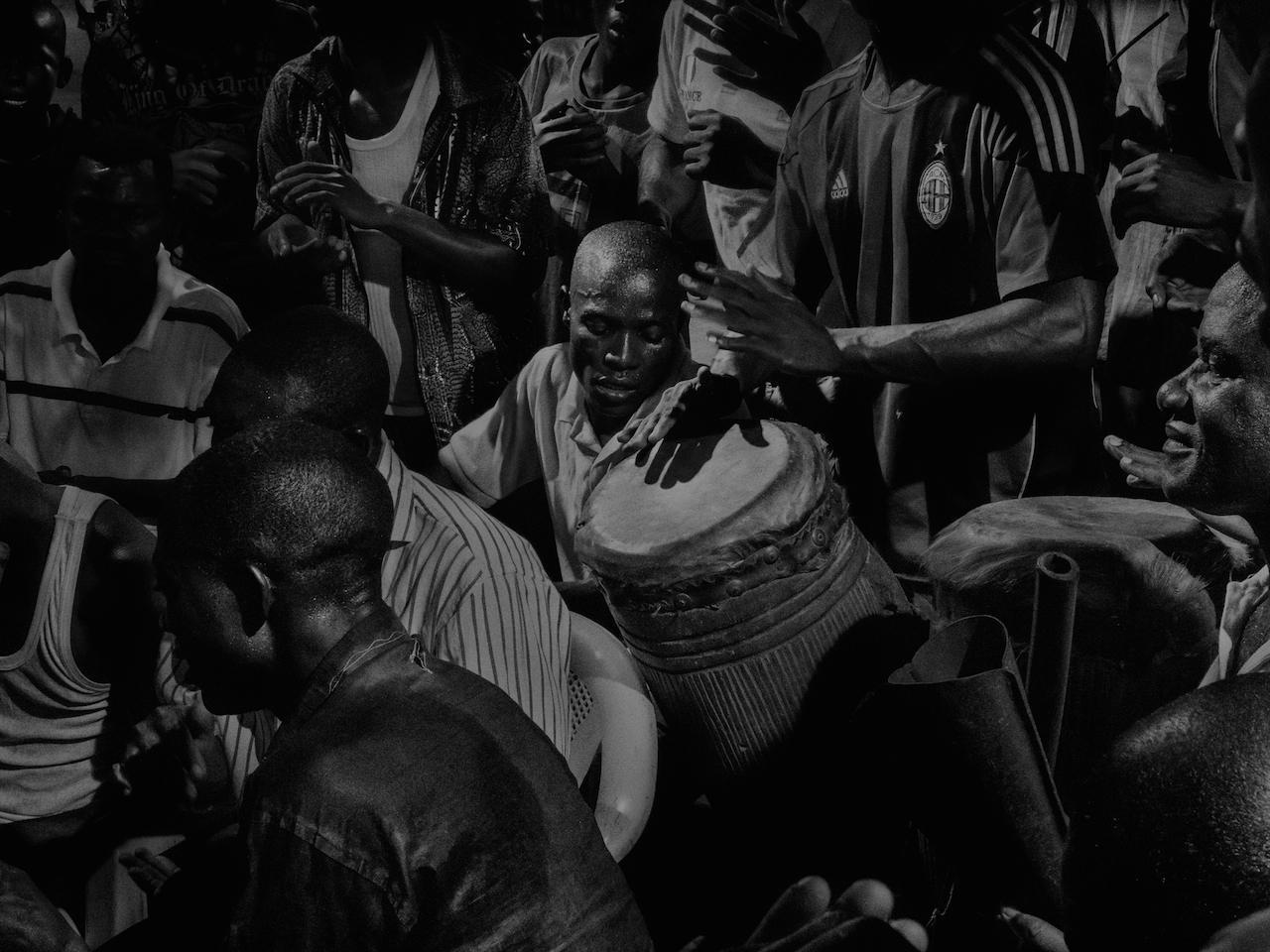 “We were able to forget the economic rise of Africa, the Congo’s political history, the instability of democracy in this part of the world, trade routes, and whatever else is in the news. It became trees, rocks, people, just scenes. ” – Majoli

This interview was conducted in Lagos, Nigeria during the annual Lagosphoto show. “Another Congo” is a book and photography exhibition of work by Alex Majoli and Paolo Pellegrin, two Magnum photographers who have collaborated on various occasions. Photographs were taken in The Republic of the Congo (not the same as the larger Democratic Republic of the Congo, with which the Congo shares a border), in and around Brazzaville and Pointe-Noire. The exhibition was up in Lagos at Art21, a gallery at Eko Hotel in Lagos.

Alex Majoli is one of the best-known photojournalists of his generation. Daria Birang is an artist and curator who has worked with Majoli for years. Jonathan Roquemore is a producer, and played a key role in creating ‘Congo.’ They are three of the five or so crucial actors in this project.

What was the initial process and concept behind the commissioning of “Another Congo”?

Jonathan: Paolo and Alex had the idea to go to the Republic of Congo, partially because both of them have worked extensively in Africa, but neither had spent time there. It’s also one of the very few places in the world that has not been extensively documented. As a result it’s a very free space to work in the context of contemporary photography. We took this concept of exploration to the commissioning committee, and they gave us a blank slate. The photographers were free to develop their personal projects and do with the time and the setting whatever they liked.

Majoli: There is also an Italian connection, as Pierre Savorgnan de Brazza was Italian, and Brazzaville is named after him. But mostly it was a challenge and an interesting beginning. We thought that it would be amazing to do something where almost no one has gone. This would fuel different directions in our personal work, we imagined. Paolo is working with panoramas and I am doing a theater project. These require experimentation, and this was a great occasion.

When you decided to lay out the book with no words, with only images that spread over page after page like a strip of film, what did you consider?

Majoli: This comes from Off Broadway, which was the first time Paolo and I collaborated. Most of the images for that project were shot on assignment, mostly for newsweek. We imagined: what if they had no context, if they were not about the war in Palestine or whatever, and instead a different story came out of them? So we edited everything and created a new script, a new story out of them. It became a walk through these different images, where the viewer would decide the narrative.

You’ve talked about how literature is a central inspiration to your work, and there is something literary, ironically, about these textless images. But when you were in the Republic of the Congo, shooting across the country, what story, what feeling did you come away with that you wanted to transmit?

Majoli: Well when I say literature, I don’t necessarily mean narrative. What I mean is that in my theater pictures my idea comes from for example Pirandello, Rilke, Stanislavski, and others. But in Congo, the Carte Blanche of this project, the total freedom that the commissioning gave us, it allowed us to forget about all of the traditional narratives. We were able to forget the economic rise of Africa, the Congo’s political history, the instability of democracy in this part of the world, trade routes, and whatever else is in the news. It became trees, rocks, people, just scenes. Congo, the location, was just an excuse to go deeper on our ideas, me for theater, Paolo for panorama. Then Daria has done the editing and created sense, content, and narrative from our combined work. 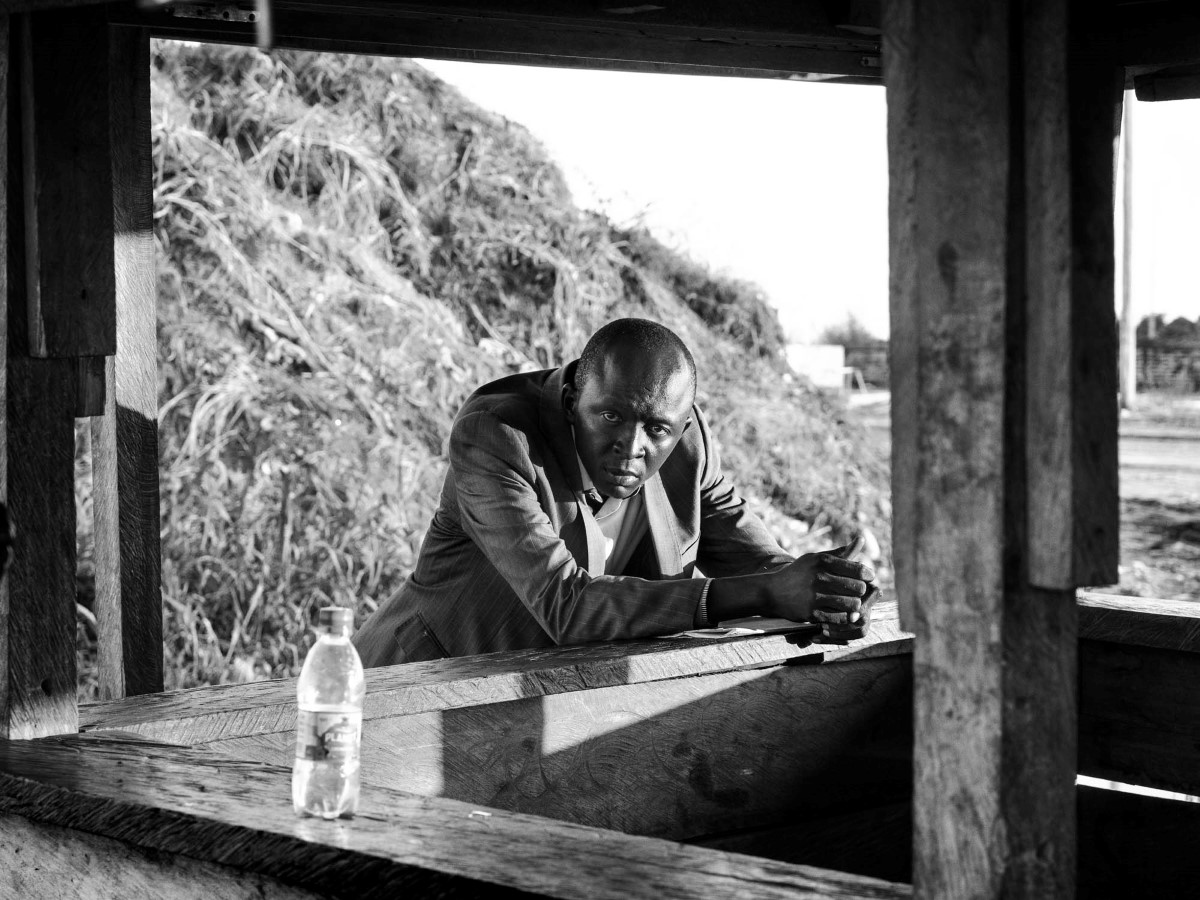 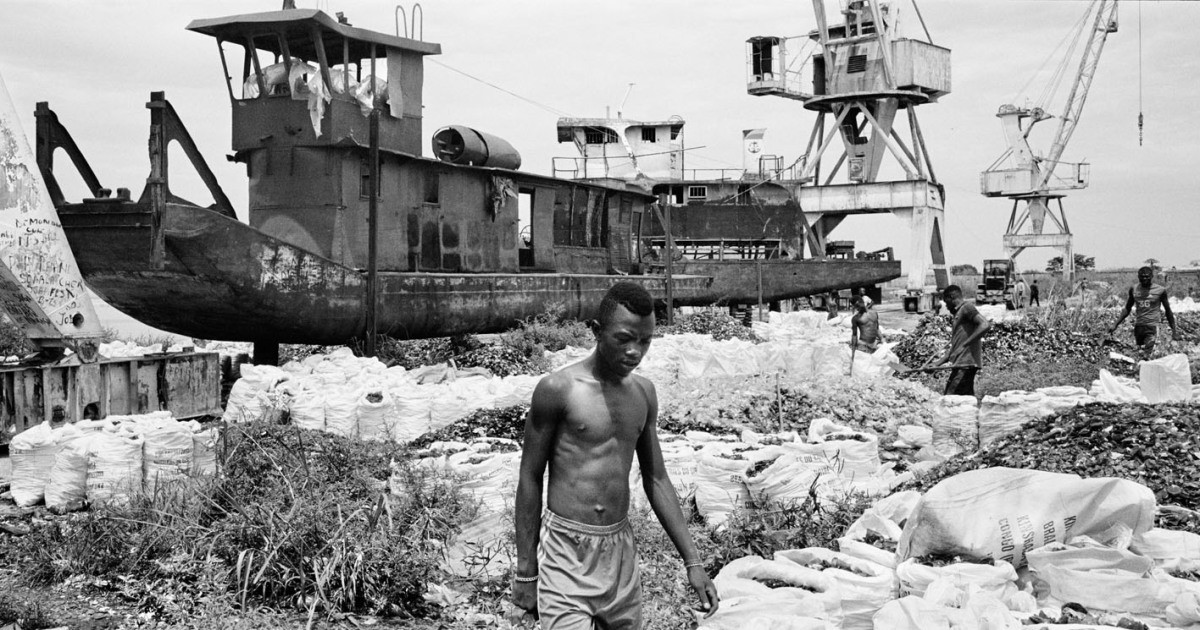 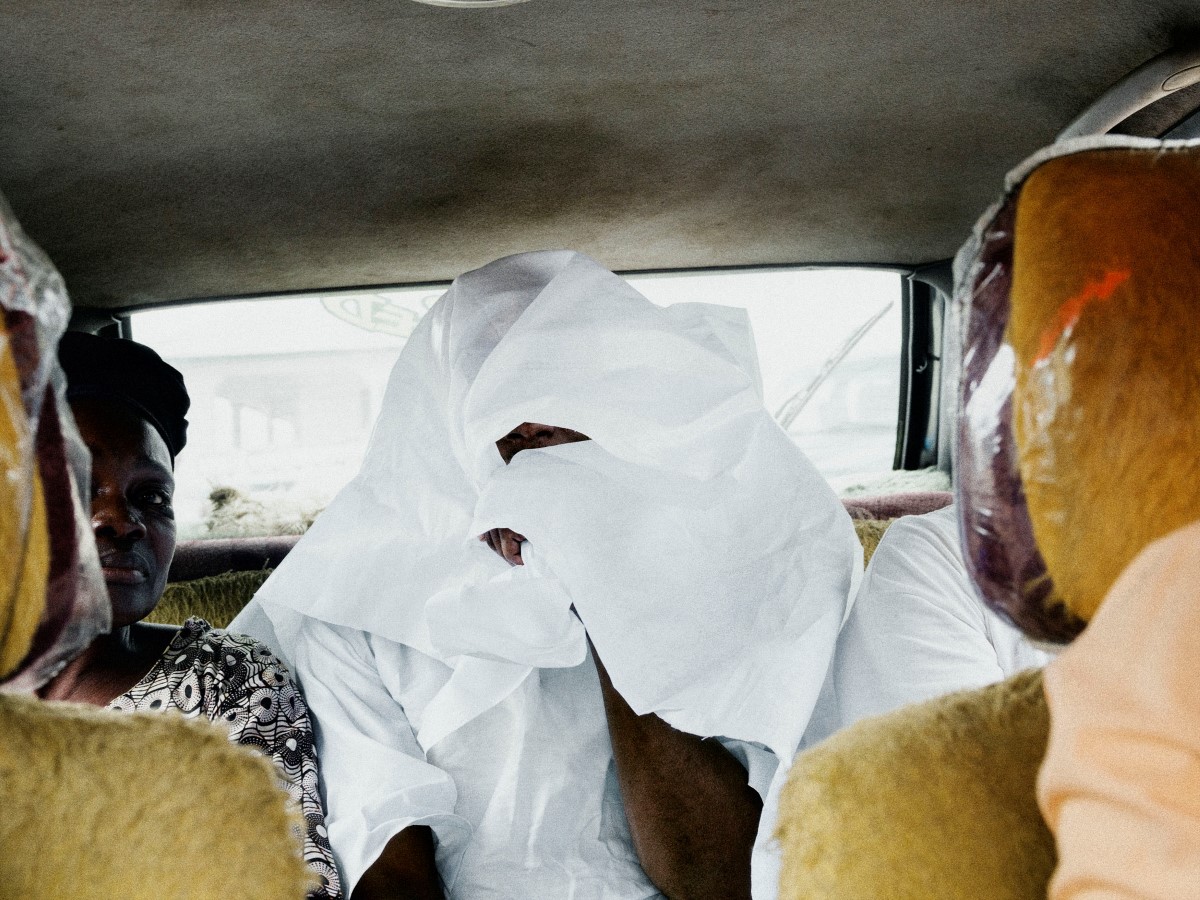 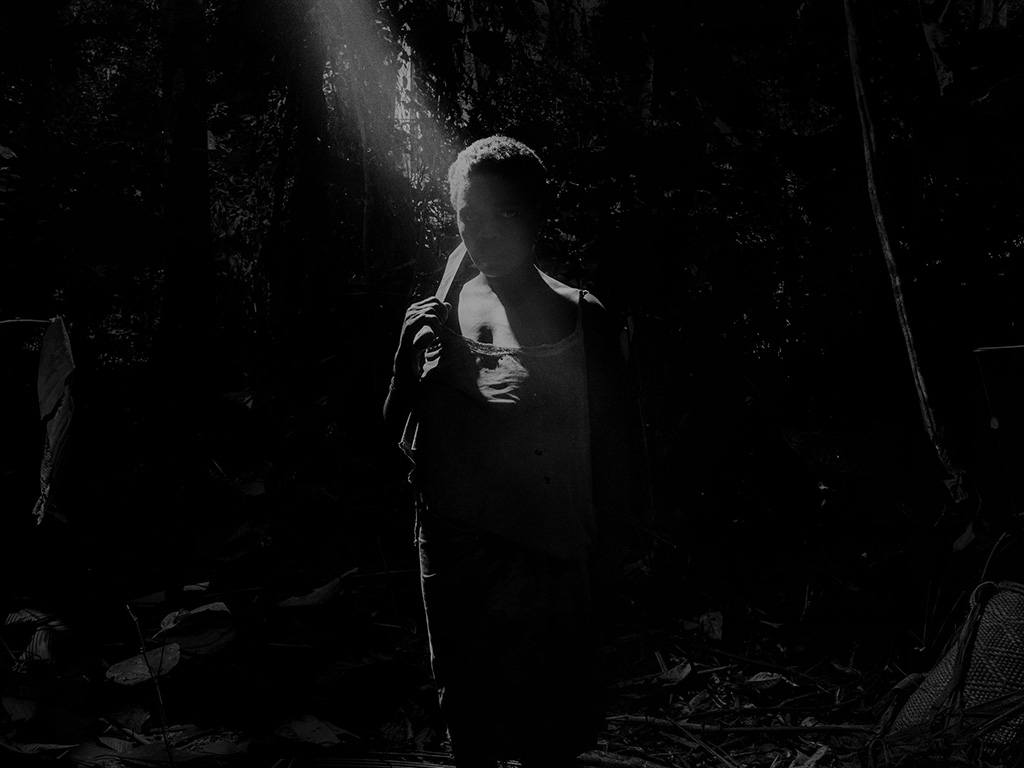 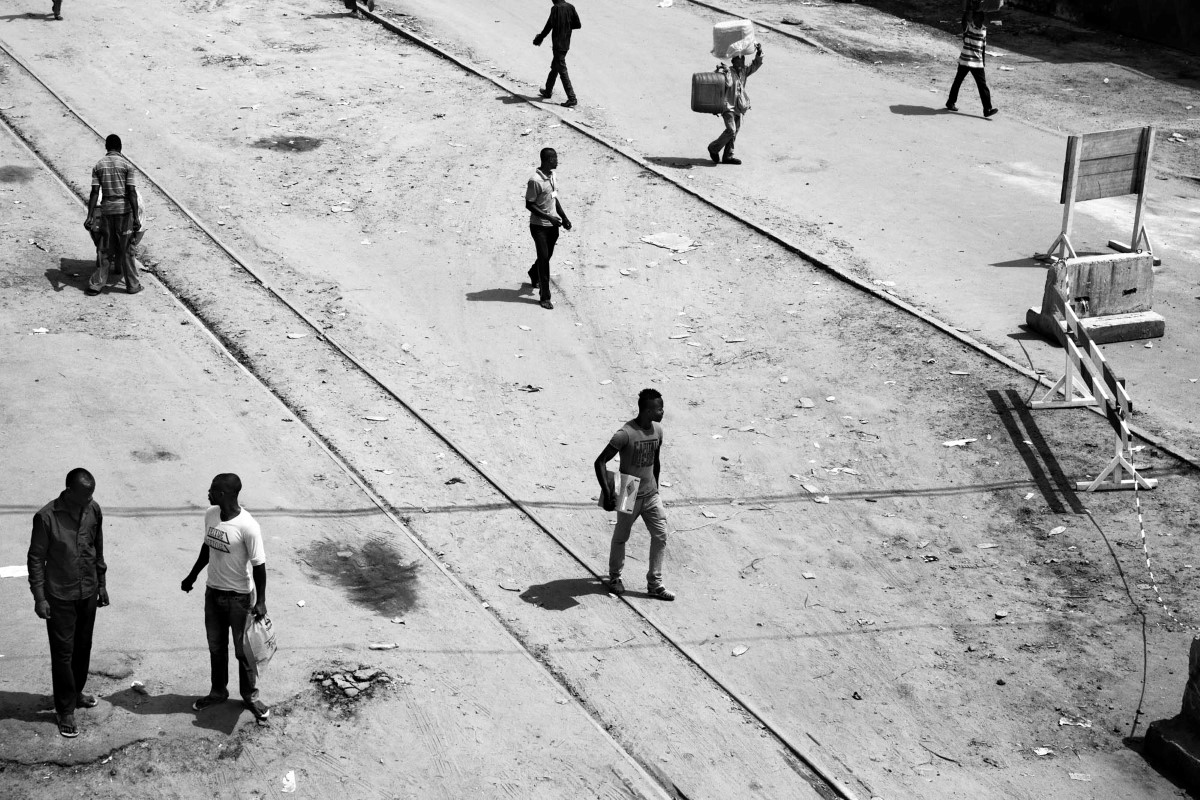 “I hit the flash, sometimes on purpose again and again in order to amplify people’s feeling of performance. POW! POW! POW! I shoot the flash, and he feels ‘oh! I’m good!'” – Alex Majoli

You’ve said in the past that editing is where you decide who you are, but in this case Daria has done the editing. How were the final images culled from what must have been a massive bank of photographs?

Daria: I was given a huge, huge number of images, especially from Paulo, who gave me hard drives. But this difficulty eventually became a strength actually. There were so many different styles, different formats, different cameras, film, digital, and so many places and subjects. For example they photographed pygmies and gorillas in the jungle, they went to the beach, to rivers, to the city, and ended up with so much diverse material. We began with different chapters for each of these subjects, but I thought it would be better to mix it all up and disregard the setting to focus on what’s in the picture, and try instead to make sense of that. Editing for me is a very instinctive process. When I go through and I see a distinctive image that gives me something, a feeling, and from there I try to make a certain flow in the story.

Majoli: Also, something you should know that is in this case fundamental, is that Daria is not a photographer, she comes from art. So when she sees a photograph she sees an image, and not a picture that is subject to the rules that photographers have placed on it. When she says that when she sees an image that gives her something, a photographer might never get the same feeling. If its something out of focus maybe she will not even care. She looks at it like a painting or a sculpture or a piece of art, and that is what I think brings this project to another level. The mixture of knowledge and people in this project has made it special and unorthodox.

You mentioned all of the formats and cameras, what exactly was involved?

Jonathan: Well Majoli is the only one with only one camera, he couples it with a big flash, which is a constant feature in his theater project. Then Paolo had two panoramic cameras, a 6x17cm and a small format panoramic, but really the variety was in approaches. We spent the majority of the editing time figuring how to make a book that could accommodate all of these formats, like what size should it be, how does it look? It took months.

How did you explore this theater concept in Another Congo?

Majoli: I have been working on this idea for almost a decade now. I have been so many places experimenting with it, and really it comes from Pirandello, the notion that we are wearing masks, that we are performing our life. In the end I have started using flashes to create a sort of stage. The people I photograph are living their own life, and they start this kind of game where they know they are being photographed. It comes back to the invisible photographer, which I never believed in. In being visible, I eventually become invisible in a sense. When it works, the people are acting, but they forget me. They keep performing their lives, but the volume of their existence is pumped up. The result is these pictures that look like fiction, but are actually real.

You remind me of the photograph from Congo of the man in the courtroom, where he has the sign in front him that says President, and then another man to one side of the room pointing his finger in the air. What was the process for that photograph?

Majoli: When do this I go and set up my lights without saying anything to anyone. So they feel like ‘oh, we are on a stage.’ For example with this court case and the man pointing, he received the flash, he accepted his performance. I hit the flash, sometimes on purpose again and again in order to amplify people’s feeling of performance. POW! POW! POW! I shoot the flash, and he feels “oh! I’m good!” Then when the flash is finished everyone relaxes, like ok, the performance is finished. I use big lights on a stand, and most of the pictures in Congo were shot like that. With these lights I’m obliged to work on a scene since they are stationary, but the results, sometimes, are incredible to me.

Paul Loomis is a writer and journalist currently covering emerging markets for an annual economic report. He is based in Lagos.