”There are no names, just awkward glue marks and yellowing tape- completing a metaphor for the supine bodies within”.

Sometimes you stumble across an object as a collector and it makes you think about what past times people get up to. I could just as easily have found an album of a trip to the Alps that weekend, or an album of nurses at work saving sick kids, but no… that weekend it was an object containing photographs of several anonymous deaths. It is more of a scrapbook really. There are added leaves to the original structure of the album, which makes me suspect there just weren’t enough pages for all the deceased.

What fascinates me is the lack of detail within. There are no names, just awkward glue marks and yellowing tape- completing a metaphor for the supine bodies within. I imagine their flesh yellow with Jaundice or cigarette stains on the wrinkled fingertips: which I cannot see in their satin lined coffins. These coffins are soon to be encased in a concrete exoskeleton. 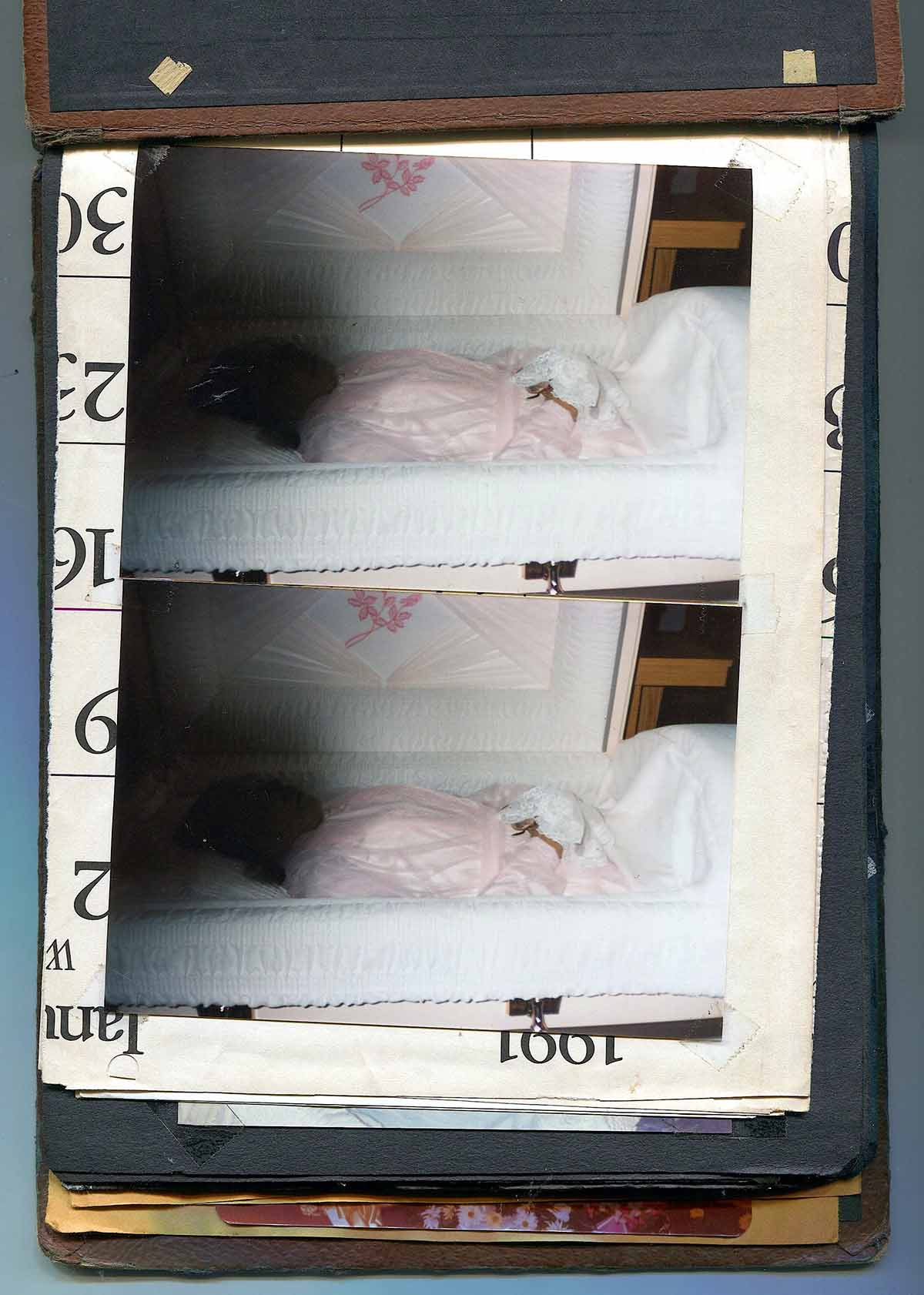 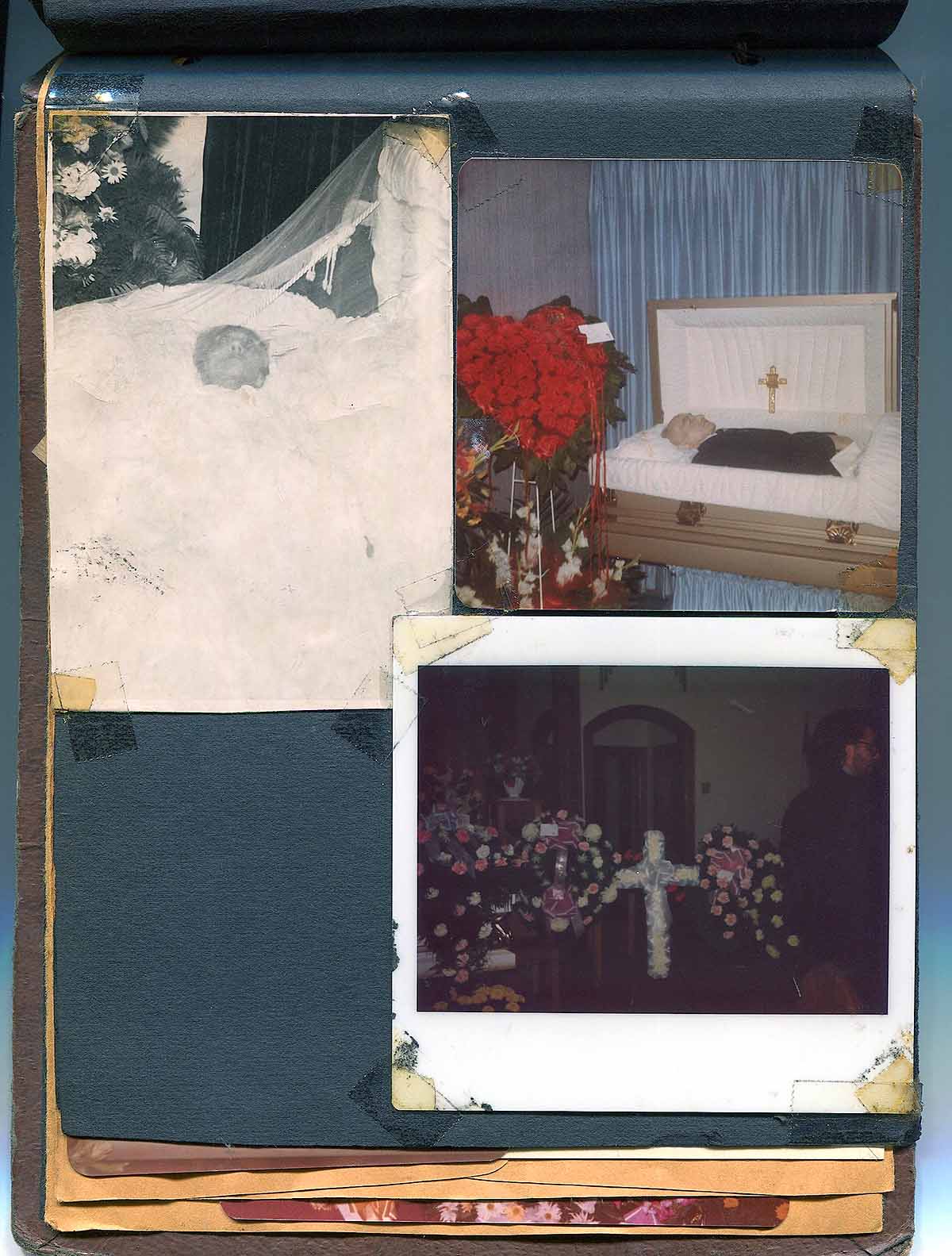 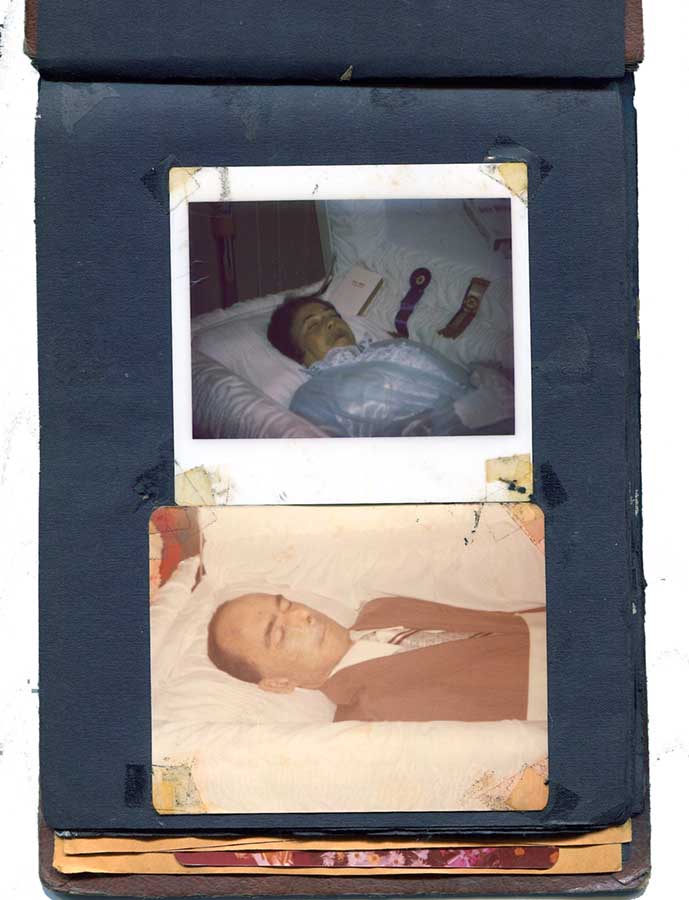 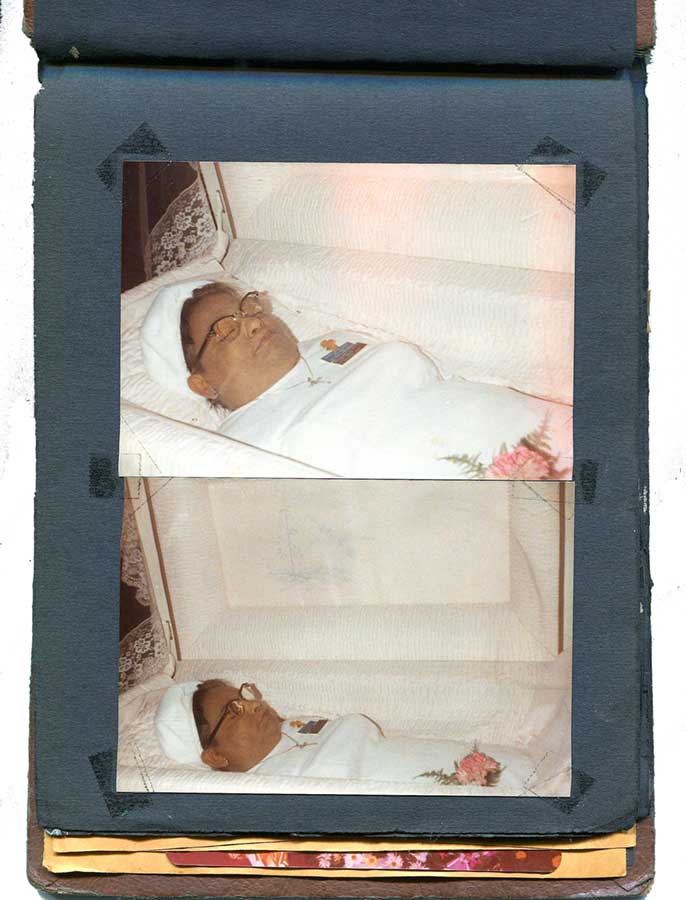 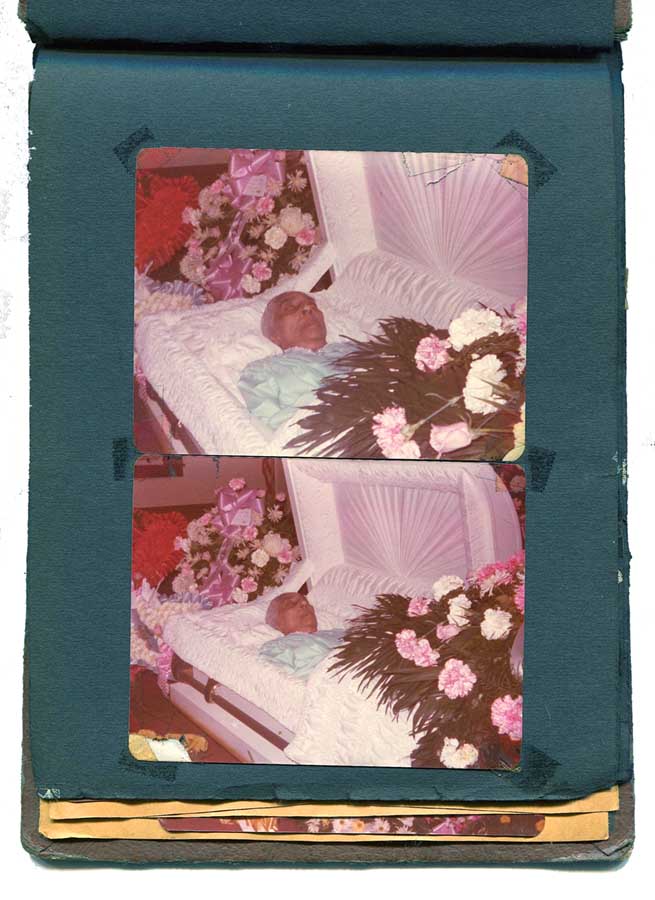 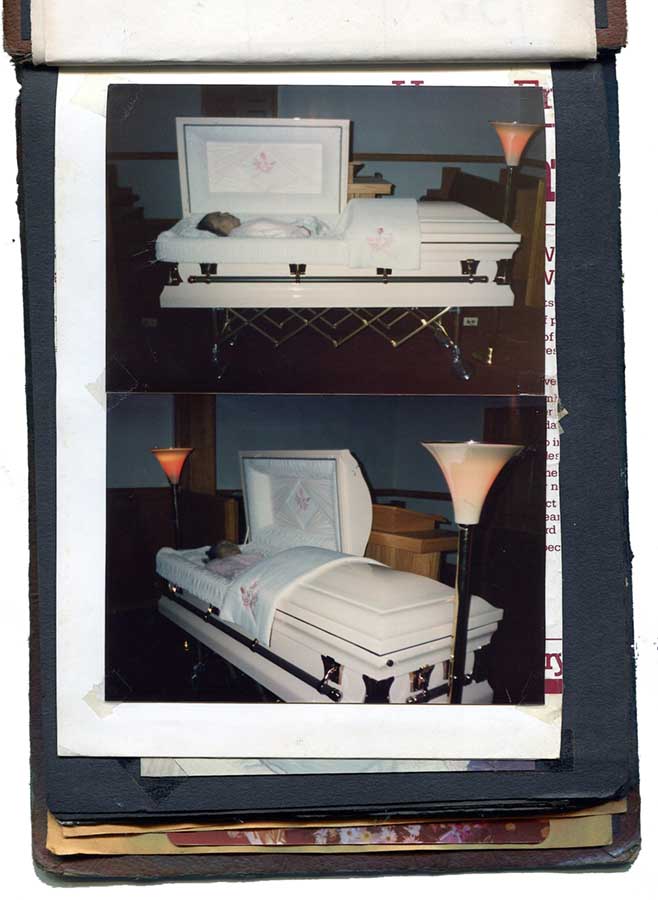 “Within this, this album’s lack of detail, context, and …”historical accord” context seems to be best summed up in the image of the corpse without a face”

The first page of photographs is the most fascinating in a way, because it purports the anonymity of person. There is a long shadow placed over the face of the deceased-this is terrible photography, surely! In a way it is the best metaphorical allegory within the group of images. It suggests the complete lack of knowledge we could potentially empathize with. There are no names here, no context outside of a possible idea of a date…sensibly 1970s/1980s due to process of images and the album itself. This says much about photography’s status as reliquary worship. We empathize often with images of remembrance, even if the people contained within are not known to us. Empathy is but one of the potential reactions to photography. It is not one I rationalize with easily. A photograph is not a stand in for a real person dead or alive and yet it is often empathized as such. Within this, this album’s lack of detail, context, and …”historical accord” context seems to be best summed up in the image of the corpse without a face; death’s shadow fixed across its chest. The corpse, the photograph…now an “IT”: an unknown object.