“I normally start with a rather specific set of ideas for images in mind; named set originates in sketches and research I normally engage in for some time, maybe months, before starting to even make or use photographic imagery.”

Thomas Albdorf‘s main interest focuses on photography and sculpture – in particular, the intersection area between both practices, their shifting perceptions, the contemporary status quo of the photographic image and the de-contextualization caused by internet distribution, whereas the internet functions as an important medium to distribute and communicate his work. He conceives photography not as the single act of releasing the shutter, but as chain of decisions that ranges from the object or the subject’s staging to processing and a probably final print. Thereby the analogue negative doesn’t officiate as an enclosed photograph rather than a space of possibilities and probabilities, primarily enabled via digital post-production. These alterations leave their visible mark in the final work, revealing their source as well as bringing their conditions of production up for discussion. –Artist’s Website

BF: One thing that I recognize from your work and is certainly present in your artist’s statement is that there is a detailed analysis of your own work from an auto-biographical perspective of the use of process oriented work methodologies…that is to say the work starts from a beginning but undergoes sincere changes throughout often dictated by the process of working itself? Do you often find that from the inception of an idea to the final work, that there are many potential chance occurrences that dictate the outcome of the final piece?

TA: Definitely. I normally start with a rather specific set of ideas for images in mind; named set originates in sketches and research I normally engage in for some time, maybe months, before starting to even make or use photographic imagery. Albeit, as stated, the ideas are somewhat concrete in the beginning, the work shifts and changes throughout the process and gets to results that I never expected. It is painful and fascinating at the same time. It is also thrilling how random things fall into place, meaning the series might have taken a maybe completely different turn early on due to an essay I might read or a new series by an artist I follow and admire that changes my approach.

BF: Within this…is control absolute for you or is it something you seek to avoid…to let the material “become”?

TA: I’m not necessarily avoiding control, but I more and more embrace the fact that I can’t really steer and regulate things too much. In general, I think my images – as the majority of other people’s work – are the culmination of many current approaches. I am not a genuine author, I am just a dude looking at images who also does images. 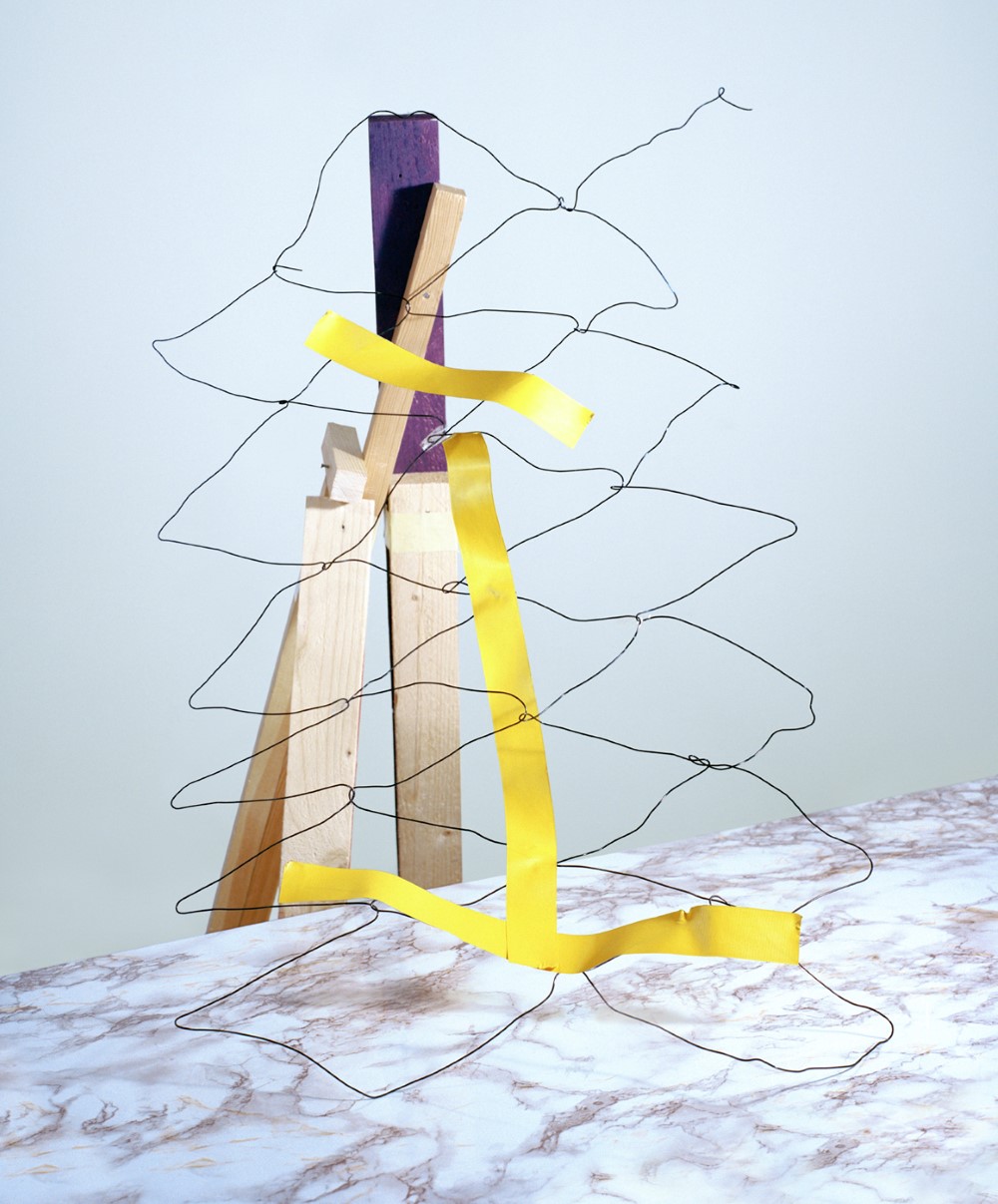 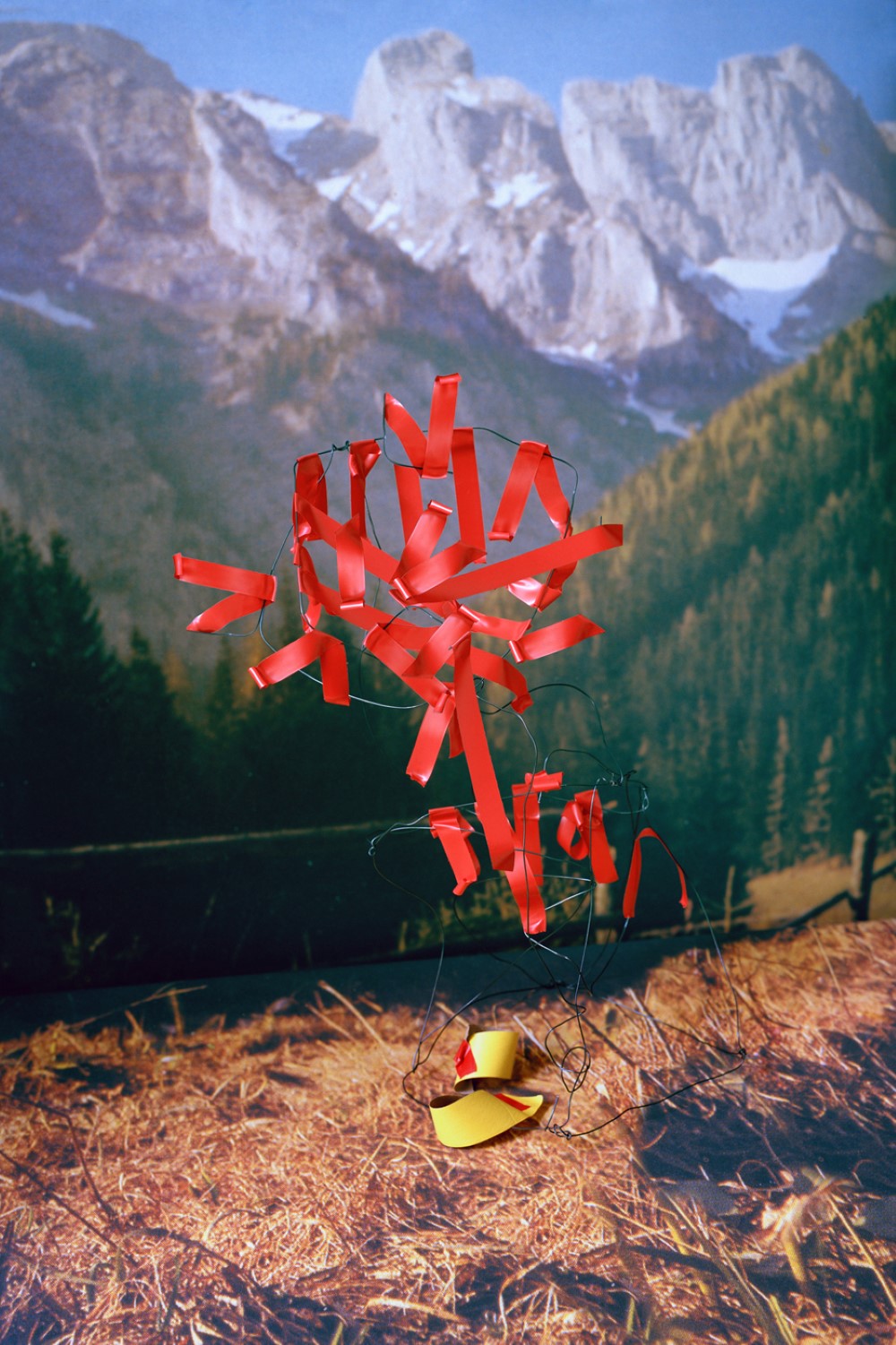 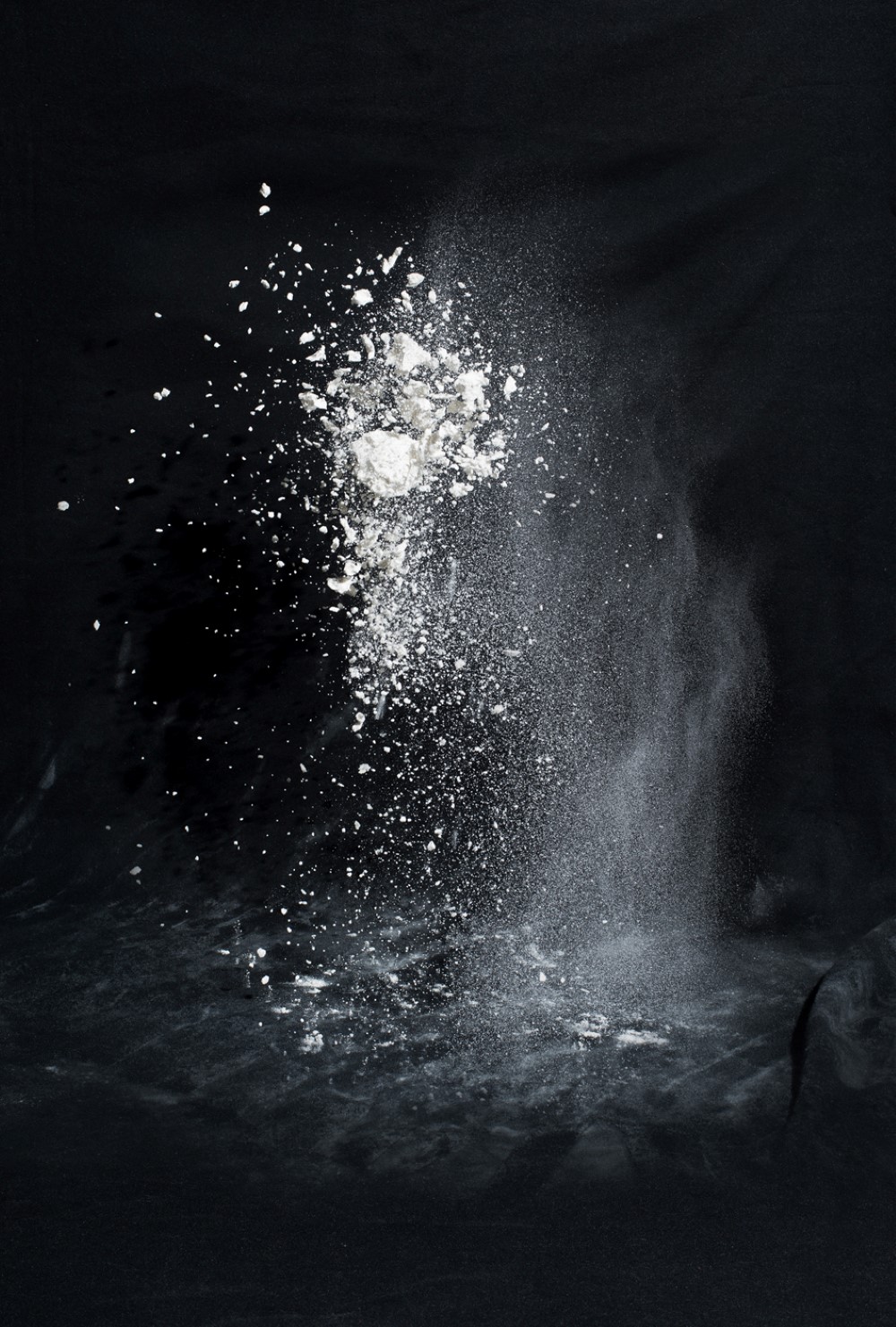 “I am not entirely sure if my geographical connection to an alpine area influences my aesthetic choices. Indeed I think that, to give an example that just pops up in my mind, the movies I watched, the games I played etc. as an adolescent might have a way bigger impact here, so maybe Terminator 2 and Zelda subconsciously influence me more than the Austrian mountains”.

BF: The use of landscape in your work seems oddly at once steeped in Austrian tradition while also being manipulated into that of a seeming absurdity…the conscious representation eschewed for that of unreason or a new direction in aesthetics…are you consciously distorting the marriage of these elements or is it again, a process development? And is your background from the mountains important to your overall aesthetic choices?

TA: I am not entirely sure if my geographical connection to an alpine area influences my aesthetic choices. Indeed I think that, to give an example that just pops up in my mind, the movies I watched, the games I played etc. as an adolescent might have a way bigger impact here, so maybe Terminator 2 and Zelda subconsciously influence me more than the Austrian mountains. But, within the series you are referring to, the decision to avoid factual representation and opt for the unstable was conscious. I wanted to deconstruct an established imagery that constitutes Austria image-wise, so I mixed “believable” photographic works with absurd, unsecured images. Albeit, again, how these images constitute themselves happened in the process of making and testing them.

BF: Pareidolia is a psychological condition that purports to place, through human recognition, trace elements of faces on landscapes, environments, and place. The face on the moon, the silhouette of the ice sculpture at the top of the mountain summit, and perhaps the face in the mountain ridge…I see some of these references in your works at times…Is this intentional? And if so, what does it mean to transpose a human likeness on that of our natural environment?

TA: Some people told me that they recognized faces within some of the works, but mostly I still can’t see it. It is definitely unintentional, and I also think that it’s simply not there if you’re not really trying hard to find it. Indeed I am more and more interested in a post-animistic, post-human vision. But this potential series has yet to get out of the research and sketch stage.

BF: in your piece “Focus Test, 2014”, you have an image of landscape as viewed through what appears to be a large format 4×5 camera…its grid overlays the softly focused mountains in the background and the image seems to be made of the ground glass…in doing so a new post-pictorialist image emerges…the grid like that of a painter’s grid on a canvas becomes a scaling element, but is also incorporated as part of the finished work…do you have a background in other art forms like painting…or have you taken up sculpture etc. with a photographic background?

TA: I did graffiti as a teenager and I experimented with rendering and video when I started to study; de facto, I still often use elements that refer to painterly gestures or interventions. But basically I’m all about the image space. So if aspects pop up that seem to incorporate other art practices, it’s most often a reference to specific aspects of named practices that bother or fascinate me, that I want to discuss within the possibilities of the contemporary photographic image. “Focus Test” is basically an abstraction of a ground glass view, talking about measurement, composition and the flattening of the spherical rendering created by a lens onto the glass, and later on the film or sensor – though it never incorporated a factual landscape, ground glass or view camera in it’s production.