”Thomas sent across a very polite email, stating, ‘I am mostly interested in the surprising way you could digest such a body of material. I contacted you because I think your collages are truly spellbinding…'”

Melinda Gibson has flown to China to collaborate with Beijing Silvermine mastermind Thomas Sauvin using his vast archive of found Chinese negatives to create an exciting and completely new set of images from the negatives found in the archive. I spoke with them about the process.

BF: In general, how did you come to a point of collaboration? I realize we all bump into each other quite often, having been involved with a book with Melinda myself I find it interesting that there is a sort of fluidity to our group…perhaps it’s the age, the fairs, or the general interest in each other’s works or collections…how did this meeting come about?

Both: Our collaboration all started with an email exchange back in November a few years ago. Thomas sent across a very polite email, stating, “I am mostly interested in the surprising way you could digest such a body of material. I contacted you because I think your collages are truly spellbinding…” and with a Vimeo link to a video about the Beijing Archive. After initially thinking it was spam, I took the time to read through the content, watch the video and was straight away blown away by the tale of rescue and destruction. One thing that always stays in my mind and puts a smile on my face, when I think about this first point of contact was seeing Martin Parr in the documentary saying, ”Thomas is a genius!”

We spoke hundreds of time, before I flew to Beijing in February of 2013 to meet Thomas and his archive. Melinda landed mid morning and I met her in arrivals. The rest is history, with many stories, long beer infused evenings and a series that really binds together our personal insights of this archive.

We think it is an interesting point to rise about the fluidity of our group. There is certainly openness, willingness and excitement to each other’s practice and in all cases, a unique opportunity for an artist, curator and writer to investigate, delve into historical collections that assist in broadening the mind. Such collaborations prove invaluable for the development of a series and because we are all so interlinked, our industry so small; it makes sense that like-minded individuals end up coming together and connecting.

BF: Your work in the past with Self Publish Be Happy Vol. VI was rumination of sorts in which you created a photography book that you actually smoked. The images of which were of your studio, which suffered a fire, then water damage as a result. In short, you are no stranger to the concept of damage being an important impetus for creation. Can you explain part of the process that led you to consider damage as an enabler while working with the Silvermine?

Melinda Gibson: For me the tale of destruction intrinsically bound to the Beijing Silvermine archive was always one of my major interests that lead me to work with Thomas. It’s difficult to believe that this story is true in every sense. That an illegal recycler working on the edge of the city would collect these thrown away negatives and put them through the most violent process to extract a chemical compound to sell on. Even writing it now, two years later, knowing, telling the story so many times, seeing the process first hand, I still find it unimaginably unbelievable but so magical.

This magic is what drives me when thinking about this archive. Not only are we baring witness to industrial destruction on a huge scale, but also to the historical, emotional destruction of imagery that within a Western constraint would be deemed Museum, collector worthy. So destruction, damage became a very important point to this series, a way whereby I could think about the conceptual ideas I draw on in regards to contemporary photographic practice, but also binding this to the economic, physical materiality of this archive, its journey. 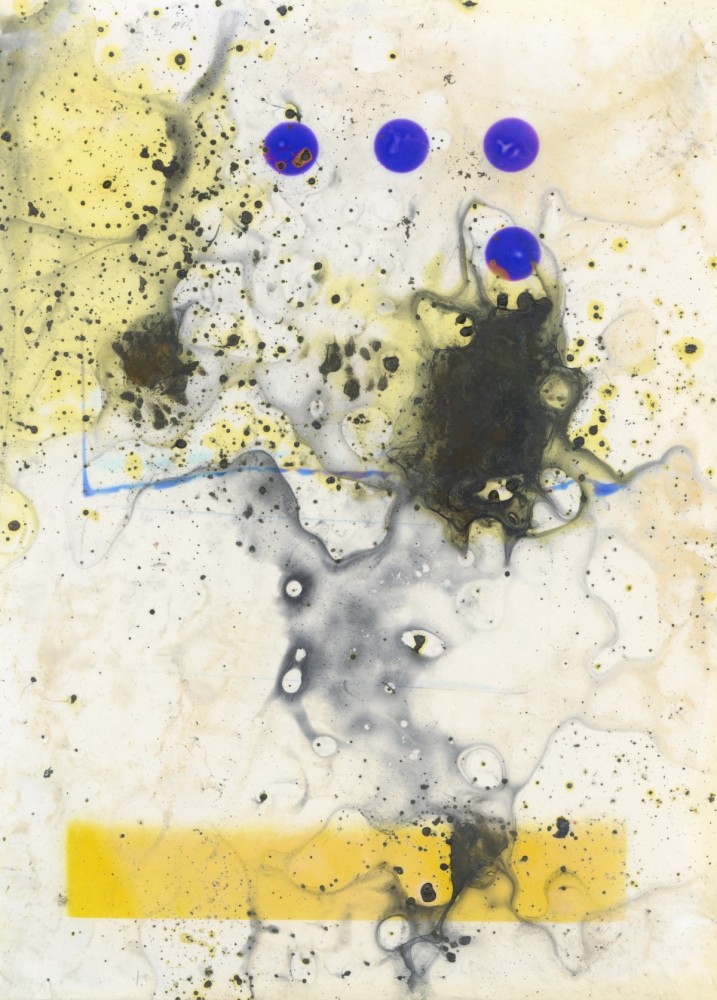 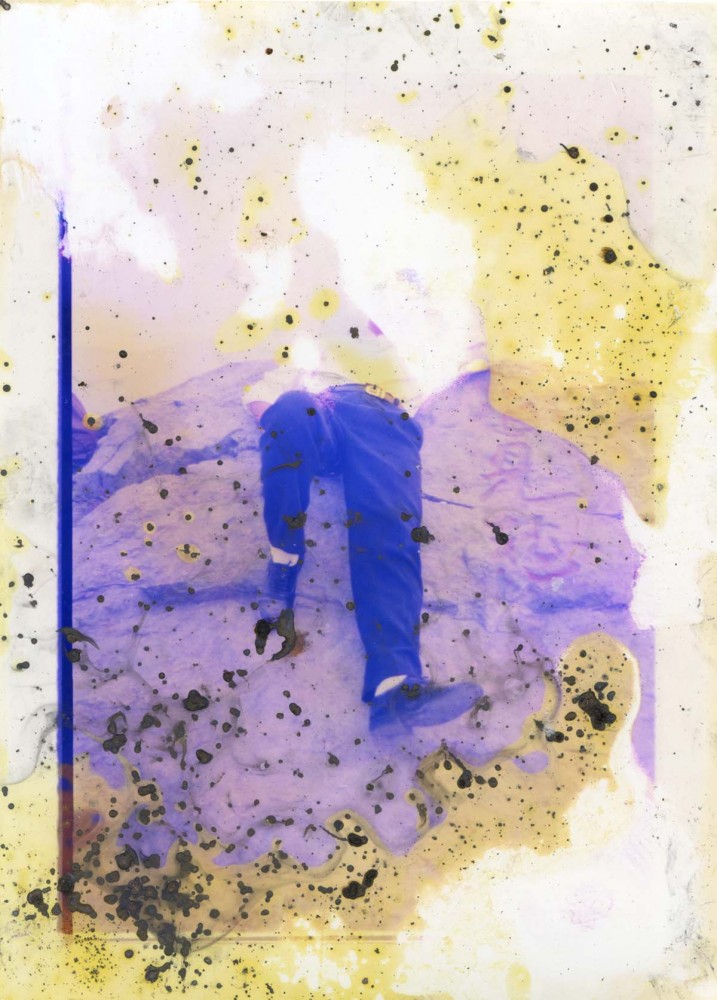 “We also won’t pretend that there haven’t been, or might still be times when we really don’t agree. We are both very strong, quite stubborn creatives and this has at times proved difficult. But we have always handled this with the upmost respect, as ultimately what we both want to do, is what is right for the project and the future of the archive”.

For me it was always important to bind these elements together. Somehow elevate the tale, the process of destruction, with the very chemicals used and extracted, but also to create imagery that spoke of the visual archive. The vernacular shots taken, the mistakes on the film, the organic growths that took hold of some of the imagery, those moments that can’t be repeated again or in fact tamed. This series starts to look at the instability of the changing face of Photography.

BF: As a process, collaboration can often times be difficult with one party strongly moving toward a different concept or aesthetic set of principles….Did you find the process flowing or were there times of impasse? If there were how did you handle it?

BOTH: We think we would both agree that our collaboration is one that works very well indeed. It certainly flows, with both of us offering insights into varying different elements of the project. I come from a very conceptual, aesthetic viewpoint, looking to produce work that investigates, develops, delivers on varying levels and this is only enhanced with Thomas’ clear, structured, very business-minded vernacular, collector approach. But what we share is a passion and respect for the archive; this is where we really come together, our ideas and ideals are the same, making for a very fruitful collaboration.

We also won’t pretend that there haven’t been, or might still be times when we really don’t agree. We are both very strong, quite stubborn creatives and this has at times proved difficult. But we have always handled this with the upmost respect, as ultimately what we both want to do, is what is right for the project and the future of the archive. At some point, it’s not about the individuals it’s about the work and sitting down with a beer to discuss this is the best resolve.

BF: Will you consider another collaboration in the future? I know the work will be shown with Flowers Gallery this year at Unseen, is there room for more?

We certainly would consider another collaboration in the future, but we are still working on producing and releasing more imagery from Lunar Caustic. Melinda still has another 300,00 or so new negatives to look through and make another edit! So in the foreseeable future, definitely the next 6 months, we will be working on adding to the series with these new finds. We also do have plans for a bespoke book, which we have been planning for a while now, so watch this space.