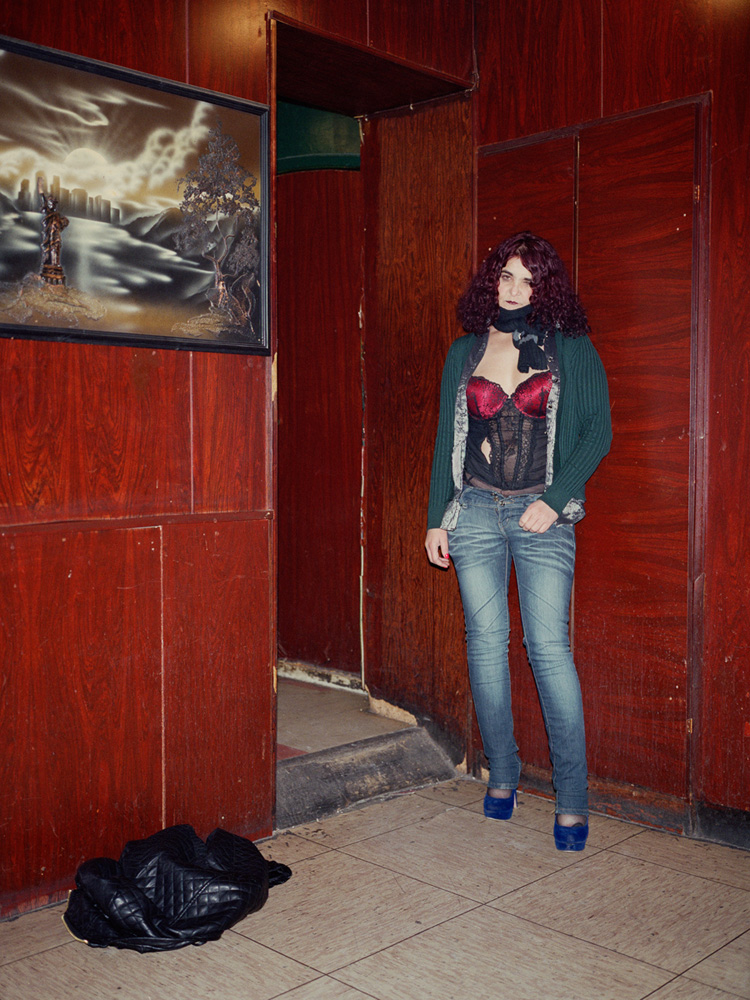 Photographs represent a snatch of a particular happening in history, a moment in time sheared off from the rest; nostalgic not in the sense of a wistful longing for the past, but in the way that, from these snatches of memory and time, a larger story is built up, of what came before, what comes after.

Good art is often seductive, revealing itself piece by piece and all the while drawing you in. Photography is inherently nostalgic; no other art medium creates works, which so precisely occur at a particular time and place. Movies and sounds occur through time, capturing its progression, but photographs represent a snatch of a particular happening in history, a moment in time sheared off from the rest; nostalgic not in the sense of a wistful longing for the past, but in the way that, from these snatches of memory and time, a larger story is built up, of what came before, what comes after. Upon opening Life Is One, Live It Well, it seems a book of colossal nostalgia; by the end, I understood it more as a tribute to a time and a place, a way of life. At first I thought the subject matter was one we are familiar with from so many contemporary works – the run down bars, the unhealthy people, and the use of snapshot style photography seemed to be yet another voyeuristic journey through the seedy underbelly of a culture riddled with vice and lacking virtue; I was wrong. This is a nostalgia for good times past, without gloss, without sugar-coating the story of this particular time, these particular characters, revealing itself slowly through the book, and playing with the reader in the process.

The first thing one notices about this book is its size, a hefty A4 and over 250 pages long. There’s nothing in the way of introduction, and to begin with, the repetitive shots of fading and worn interiors, dust-covered decorations and empty booths are oppressive, as if Malmström were interested only in pointing out the dereliction of the place. The style of the photographs is quite stark, shot perhaps with a disposable camera. The emptiness of the bars resonates; it’s unclear if these places are falling into disrepair, or have simply accrued their interiors over the years haphazardly. Many of the photographs have a retro-ness to them, born of both the 80’s-style interiors and the type of photography used, and it is only the occasional mobile phone or an incongruous MP3 jukebox hanging on the wall, which suggest a more contemporary setting. Often facing pages contain details of the wider scene opposite them, the camera roving to pick up the details one might notice after sitting for a while. The effect is immersive, placing the reader in those rooms; the starkness of the photography helps make the little details stand out, the sort of things which might make one feel uncomfortable in their surroundings. 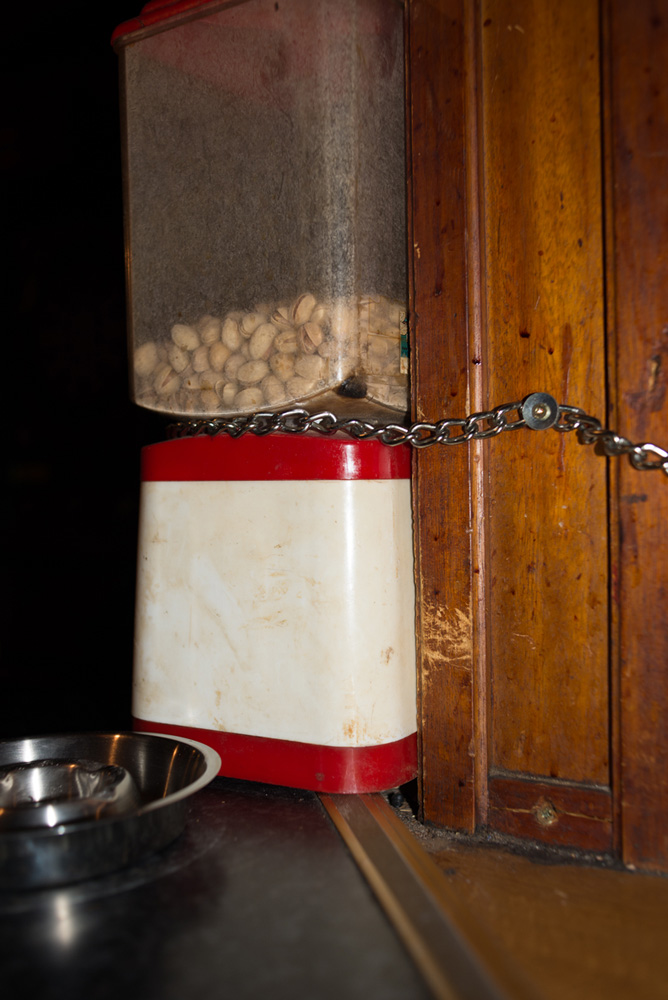 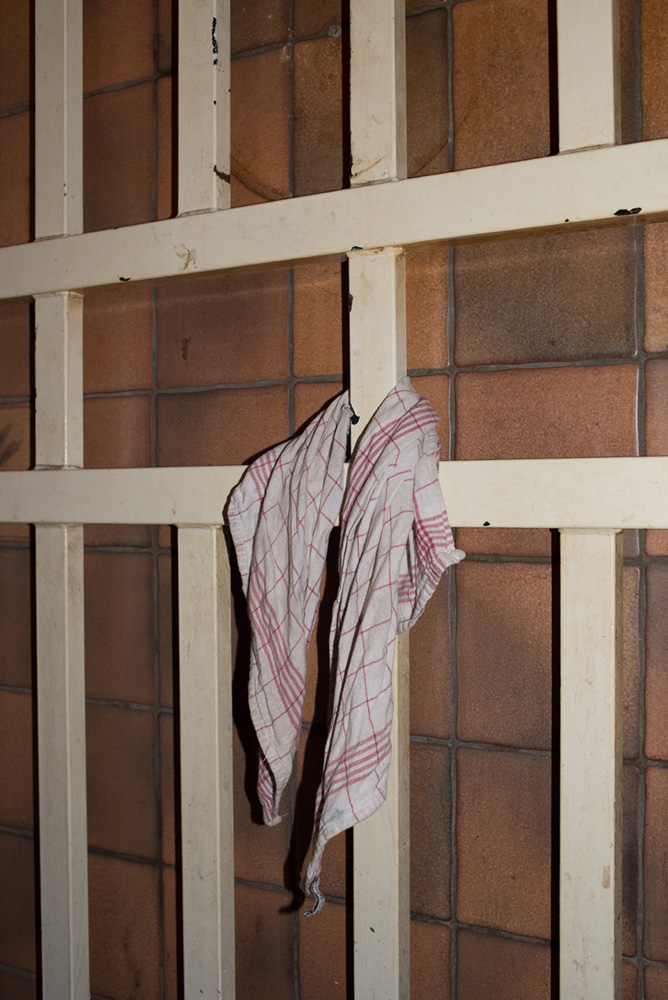 It finishes with portraits, and the statement is clear: these are real people, with real happiness in their lives, and makes a fool of the reader for prejudging them by their surroundings.

For much of this book, the only faces staring back are the posters on the walls; the only life, plastic plants. Then these run-down bars are slowly populated, first by the backs of heads or people turned away, then by people putting up Christmas decoration and balloons. Then the party starts; the shots decay as if the lens is drunk. This chimes with the earlier shots of scuffed and battered furniture, and changes their meaning; they were not explorations of the decay in these bars, but scars of past good times. It’s a sucker punch, forcing the reader to reconfigure their preconceptions about the culture that exists here. To a certain extent, this book seems to be as much a statement about our willingness to always be on the hunt for newer ways to keep ourselves entertained; that reversal that happens as the characters are introduced could be the same in any major city in the world. While these particular bars are in Hamburg, the story of gentrification, and the wider story of convulsive neophilia that acts as a driver for gentrification and is indicative of the monetisation of leisure time, is a fairly universal story.

Life Is One, Live It Well begins with sparse, run-down rooms, and slowly accelerates; it finishes as a study of the people that inhabit these places, and the way that habitation brings these bars and clubs to life; what is left unsaid is that it’s the people, not the decorations, that bring the soul of the party. It finishes with portraits, and the statement is clear: these are real people, with real happiness in their lives, and that makes a fool of the reader for prejudging them by their surroundings.

Life Is One, Live It Well

EXPLORE ALL HENRIK MALMSTROM ON ASX