”… this tendency of perceptive fragmentary in visual “language” is one that is challenged by its own methodology. The fragmentary, the stutter, the glitch by process of its asking for patience between frozen moments is that it points out through the notion of DLM (dependency length minimization) the true universal that human cognition is lazy”.

The cli…cliiii…cllippppppppppppp… had become an image swarm within a millisecond; a visual Nano-drone crusade invading the eyes of children, men, and whatever cowardly dog chose to cross its path. The swarm, oblique and content, would stop their collective tear ducts with precision. This micro-bio-techno horde, these petulant floaters were destined to later play and frolic lazily in the projector’s Fli…fliiii…flickerrrrrrr. A cinema of lover’s caught in thick black tar, strapped to theatre chairs in the solar lodge, heads held en-viced for an eternity, collapsing into 2 seconds, no intermission, no interval at reel change.

A deconstructed stu…sttuuu…stutttttter begins as a brush is seen without movement, combing through hair that absorbs colonies of lice, each frame still, a count between syllables where the tongue roams long, its languid form tentacle cavities and open sores in the orifice; Its ho…ho….hooooommmmme. The ear listens and the speech liss…lisssss…lisssssppps. A prism of light beam is apportioned and is cast through the molecular sands that form panes of glass, refracting sinew and the beggar’s cup alike. Chi chiiii chinnnnnnnnnnng.

A truncated Acquisition; search for symbols in seconds. The regrettable purposing of the tic-toc clock in bite-sized fragments further absconded realities. They are sometimes fierce movements and present a crumbling delineation of usurped language. The buuuu buuuuuu buzzzzzzz of a festering ulceration…in a field of golden hay, hidden from the wilting flowers potted along city streets as girls with golden ribbons in their hair walk flaunting their pre-determined language which, harbors lazy misdemeanors of the rule of sixes. 0,006, 0,06, 6,6,6. 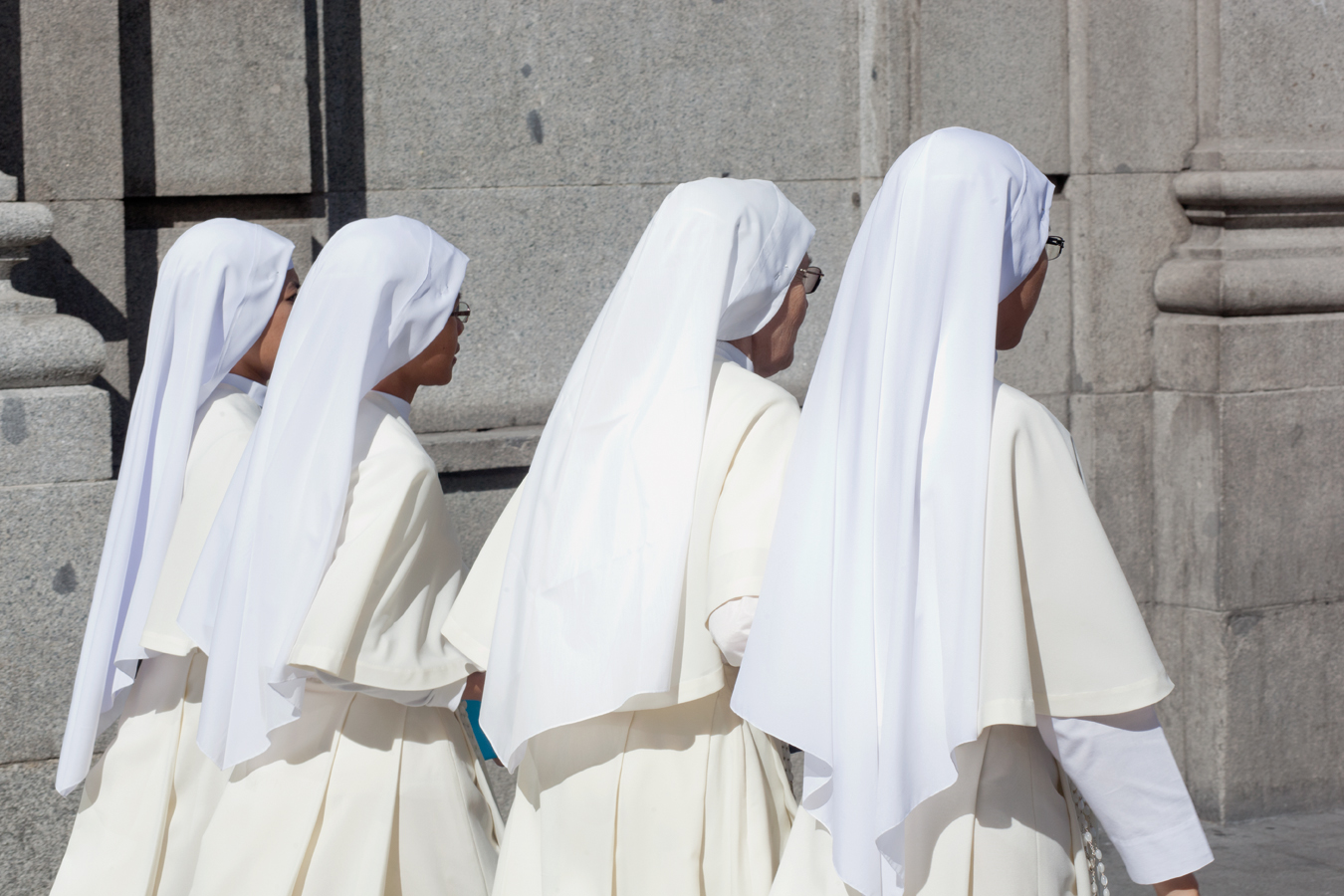 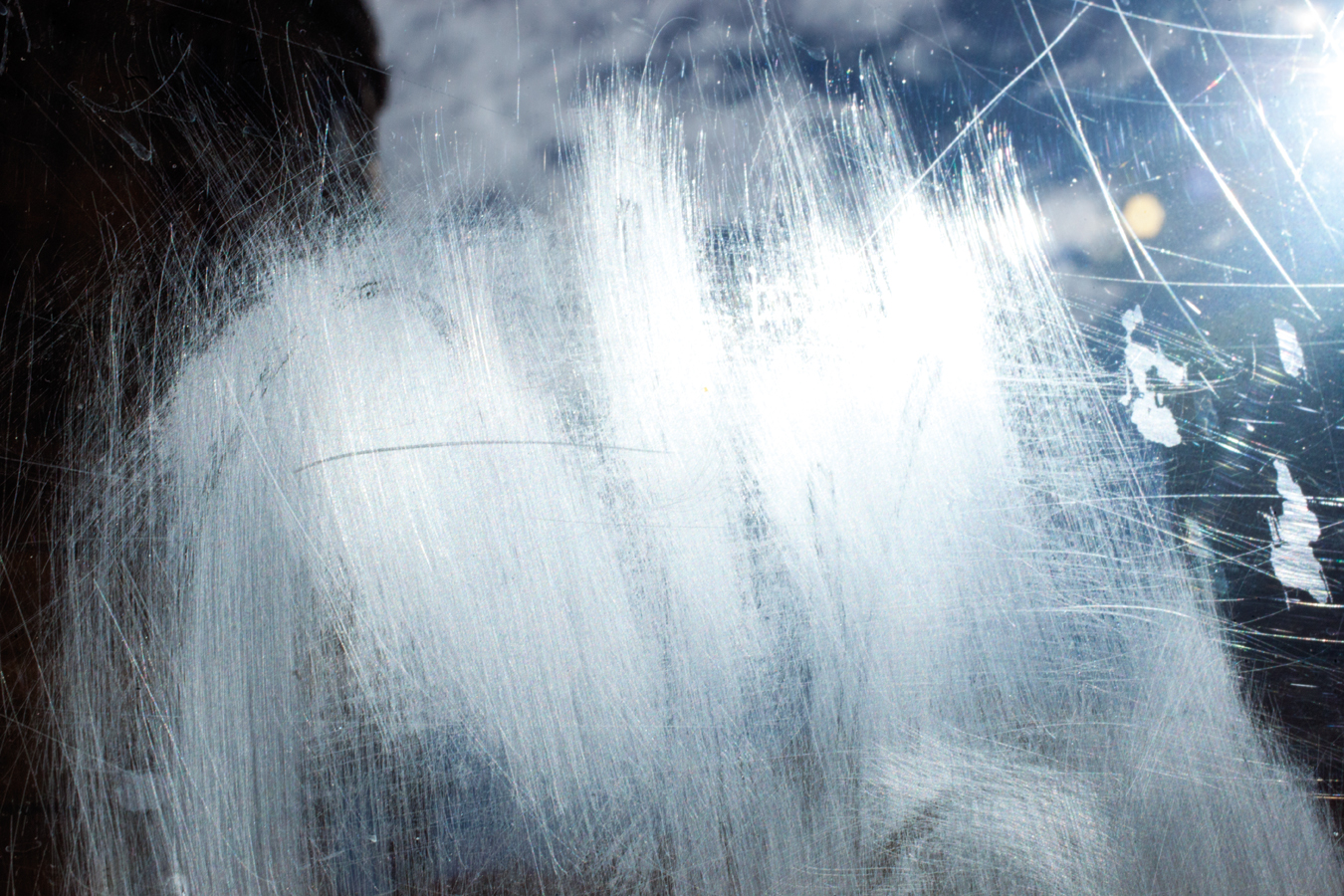 ” This micro-bio-techno horde, these petulant floaters were destined to later play and frolic lazily in the projector’s Fli…fliiii…flickerrrrrrr. A cinema of lover’s caught in thick black tar, strapped to theatre chairs in the solar lodge, heads held en-viced for an eternity, collapsing into 2 seconds, no intermission, no interval at reel change”.

In “Un Universo Pequeno”, Antonio Xoubanova works very closely with the perception of the fragmentary understanding of meaning seen through 2.25 seconds of film, disassembled and re-cast like a new book of biblical Psalms. There is a space between the word in sentences and the punctuation of film frame as though re-formatted into single-bit parcel synchronicity. The work aims to deconstruct what we speculate as “the” moment. It is like an Earthquake foreshock sequence…the spaces between…the punctuation…wavy little lines on a seismograph waiting to measure the fault of not the land’s vibrations, but that of the un-calibrated link between eye and the perception of “the” momentary shake and resulting fragments. How do we ascribe a relative value to the perception in language or visual, sensual understanding to a “moment”? In its deconstruction, in visual terms, we come closer to the multiple planes through which film and the singular operate. It begins to point at what I consider to be the mystical conduit that exists between photography, perception, and language. Mystics historically have consulted a great un-transmissible “unknowing” in language while trying to communicate with their perception of God. To be a mystic means to relate with that which is unspeakable. That is to say that the human conduit for God receives a message that he or she can only transmit via a text or system of symbols that falters while applying its original unknowable and unspeakable meaning. It is a system of relative behavior and language exchange on the basis that it cannot be spoken or known with finite meaning. This is very much at the root of photographic practice. In photography, we tend to desire to see a completely subject set of informed, though relative symbols that dictate what a photograph presents to us in terms of meaning and our collective perception of it.

This perception is a complete failure because the organizational system of its parts simply alludes to something that cannot truly be communicated. It is this way in all of the arts or graphic illuminations that man/woman sets to paper, canvas, or cave wall. Xoubanova has pointed to this transcendental system of subjectivity through his deconstructive methodology. It is as he is saying “You will never be able to touch this flaxen hair as it passed by me brushing against my shoulder…or… You will never smell the visceral and condemning piss in the doorway where I took this moment from”. He is alluding to the failure of perception and interpretation that so often pervades photography, but like the mystics message; only gets spoken at within a complicated system of relative failure. In the Twenty First Century, people have learned to distrust the image. That is not new. What is new, is the necessary conviction to understand what a moment “captured” really transmits in terms of relative subjectivity and to communicate this experience as one of an inner-working; a salutation between self and that which is above or below on the communicable plane of linguistic enlightenment. 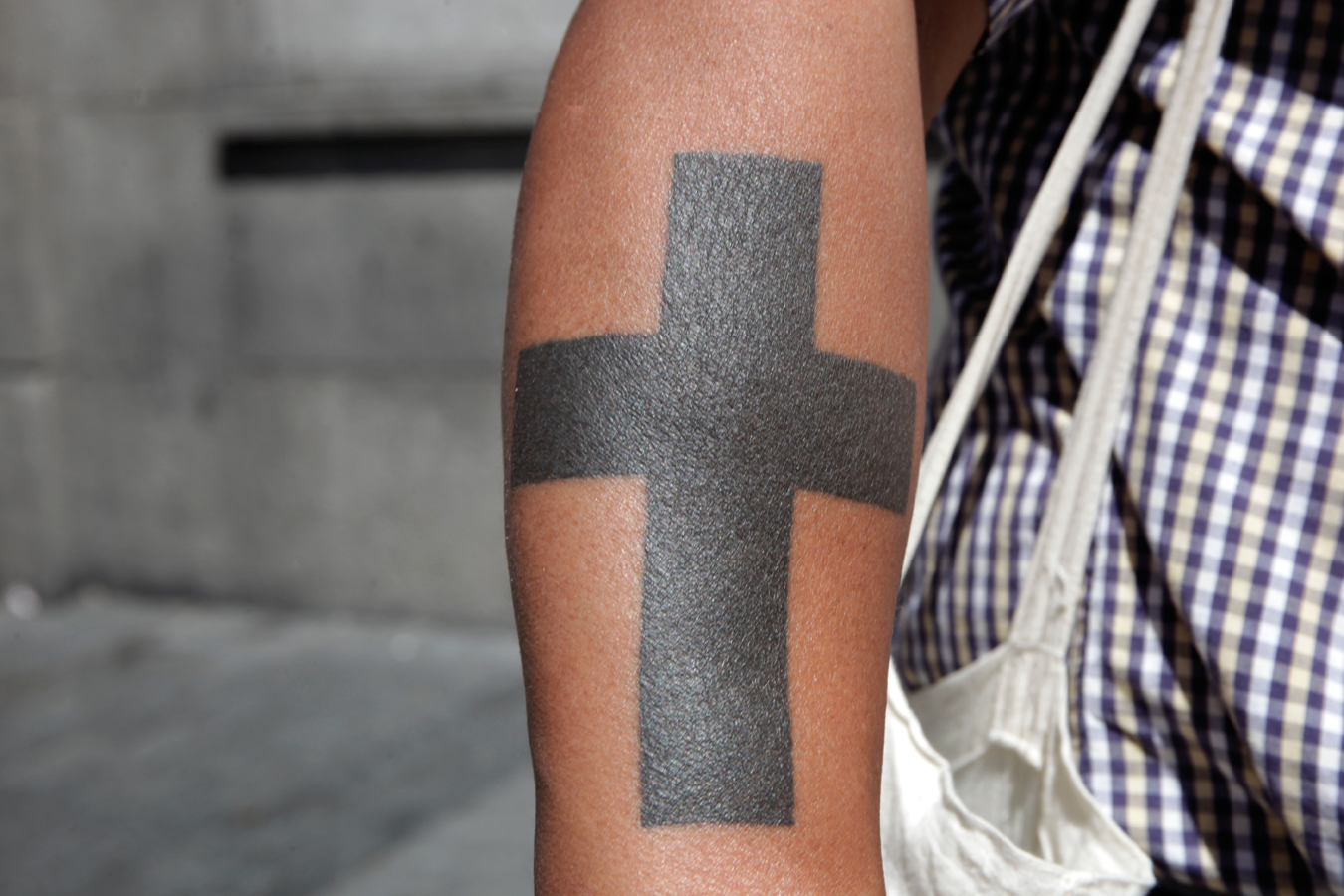 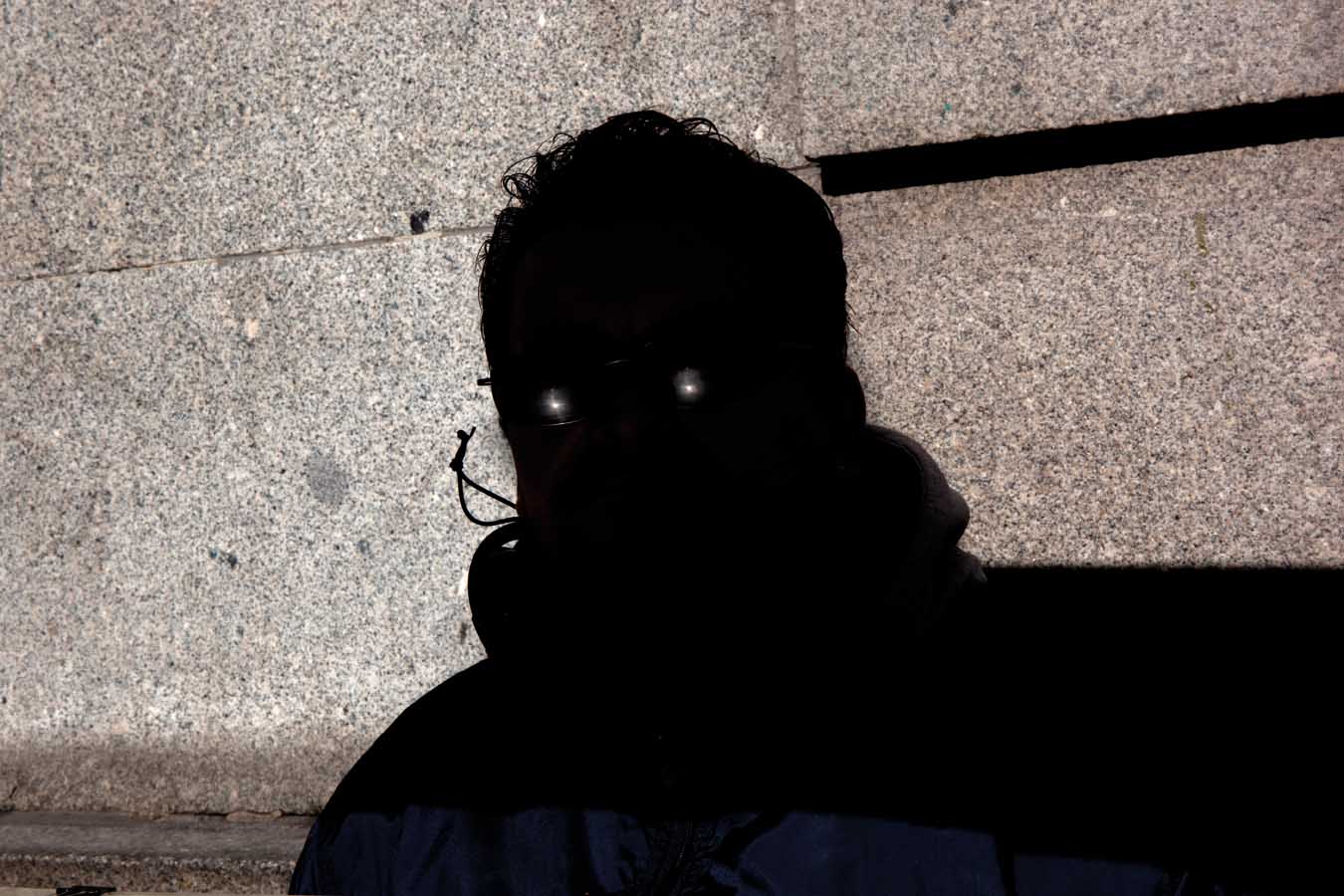 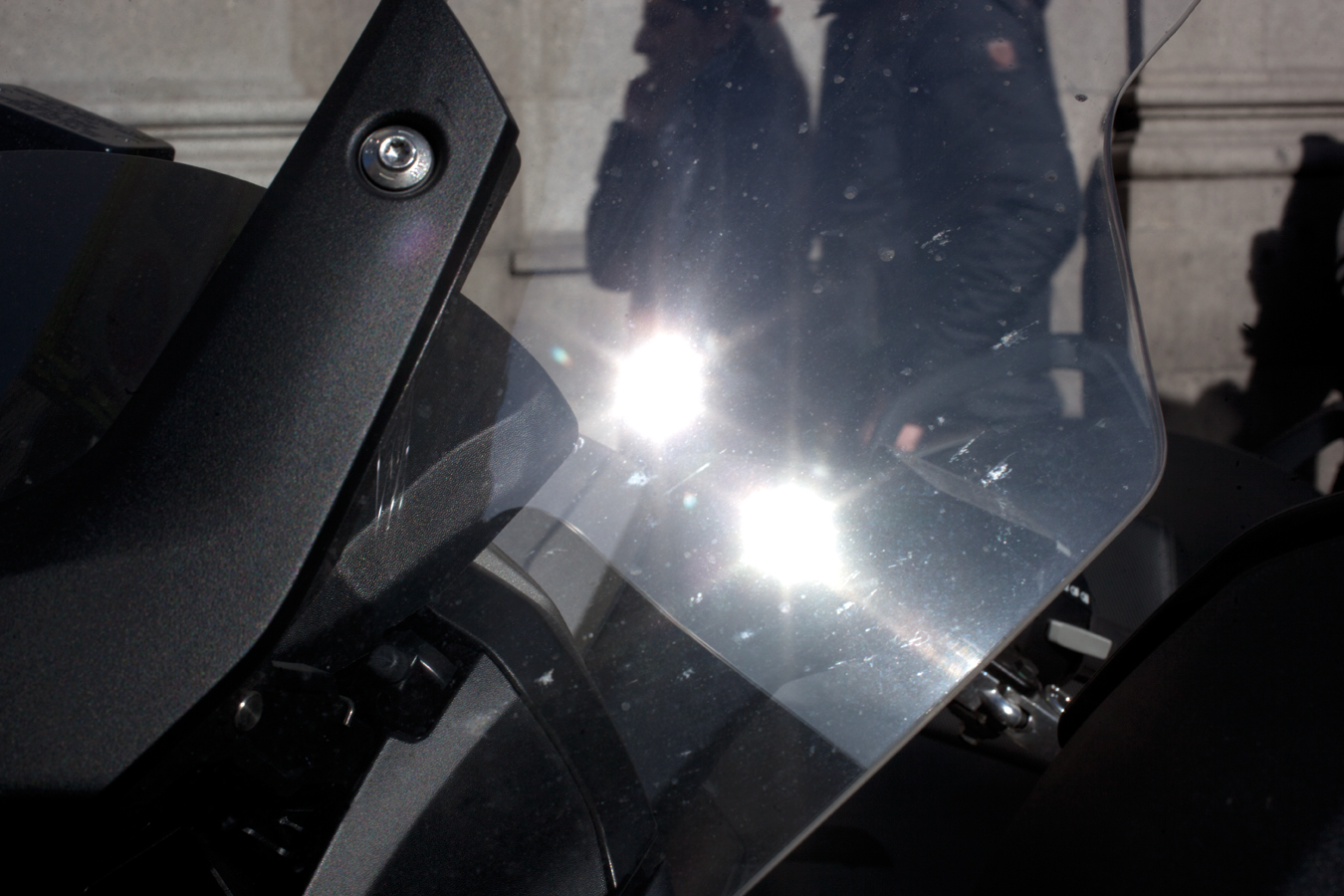 “In ‘Un Universo Pequeno’, Antonio Xoubanova works very closely with the perception of the fragmentary understanding of meaning seen through 2.25 seconds of film, disassembled and re-cast like a new book of biblical Psalms.”

My exception to this tendency of perceptive fragmentary in visual “language” is one that is challenged by its own methodology. The fragmentary, the stutter, the glitch by process of its asking for patience between frozen moments is that it points out through the notion of DLM (dependency length minimization) the true universal that human cognition is lazy. The DLM is a factor in language that suggests humans have taken the shortest distance across words to systematically exchange communication. The small frozen moments are picked over for that of longer and continual investigations of language, meaning, and grammatical syntax. The idea being that memory is short and direct communication is the quickest economy for getting ideas and meaning across to another. Stuttering, within this idea, creates confusion…a difficulty of receiving language whether visual or linguistic into truncated moment in which the receiver need bear more patience than usual. This stutter is reminiscent of the glitch, the real or moving image who becomes locked into single frame, its own story unfolding and testing the patience and memory of the viewer within the longer sequence of processing before it continues. This is severely enabled in Zoubanova’s work of a deconstructed nature. He commands that we stutter and absorb each frame, asking that the patience with which we consume, act as a stutter in in our cognition of what “reel/real” time footage is over that of the singular more easily ingested image in motion. When we are caught on the edge of each frame, within a millisecond, the larger visual truths become not un-coded, but more rife with the possibility of understanding the moment, which is simply the effect of light falling onto what is in front of the camera. It can be argued that by surgically operating on frame sequence, the potential anatomy of image becomes an ill-lucid stuttering of affect. It should not be taken for granted that this is simply the “moment” seen in front of the camera and not seen from every conceivable angle. To reach into that dimension would suggest that our memory, collective, relative, or other would need to sever (again) its training to open its perception of language and communication. It would be the Truman show on coke, but only considering one fragmentary glitched and stuttering slice. Within this stutter, all possibilities for inner-meaning and transcendental symbol become possible.

At its base, Un Universe Pequeno seeks to convey, in visual terms, that of a similarity to speech. This is where the base of communication meets that of the expression of the visual. That is not to say that the book is “talking at” but rather dissecting and expanding the potential for language within an image, within a potential for cognitive perception. The effect of which, is to combine data and re-position it in a larger more memory engaging sequence of potential. This speech works between organs of eye, mouth, and brain in a manner of inner-cognition. Each fragment is meant to be ruminated over and in doing so becomes scrutinized for an examination of meaning which operates under a new nuanced, but unknowable perception. It further contextualizes the lens towards that of the microscope. In doing so, it does not present this communication as absolute, but rather ponders the credibility of its perception through the microcosm of small unending components and the inevitable questioning of what belongs before and after, thus stretching the potential of the singular into a sprawling chasm of indifference until a organized system, if ever possible, becomes available. It suggests that in short, we are lazy with our attentions and that within a bit-feed operating system of language, we are indebted to certain failure to understand the sum of the mouth, brain and eye’s ability to organize elementary components of cast light. This an important book and it stretches further than just cinematic, photographic, and communicable language, thus synthesizing it’s meaning as relative and viral to paraphrase Burroughs.