“Work by established artists can help position and elevate the work of a recent graduate, whilst the graduate’s work re-contextualizes and refreshes the established work”.

Photography has played an integral part of the program at Flowers Gallery since its inception in 1970. One of the first to open in London’s East End, there are now two spaces in London and one in New York. Currently representing ten established photographers, the program is most recognized for its engagement with important socio-cultural and environmental themes. Through a dedicated photography space established in 2008, the gallery also works with a number of invited artists and curators across a range of contemporary photographic practices.

BF: Flowers gallery has been one of the longest running galleries devoted to both painting and photography in London. The synthesis of the two makes a clear path for photography to have a place alongside other mediums within the canon of artistic practice. Flowers Gallery exhibits, among others, Edward Burtynsky, Mona Kuhn, and Michael Wolf. Recently, under your direction, the gallery has begun to focus on young talent… Juno Calypso, Esther Teichman, and now for Unseen the brilliant “Lunar Caustic” series by Melinda Gibson in collaboration with Thomas Sauvin and his Beijing Silvermine. Can you explain to our importance the need to show such young and important works?

CL: Without young artists coming through the ranks, the art world might begin to stagnate. Something else of importance to me is working with invited curators from outside the gallery. Through a dedicated photography space established in 2008 I have attempted to create a program, which engages with current directions in photography. Through large group exhibitions, its been possible to place the canonized alongside the emergent. The benefits of which are mutual. Work by established artists can help position and elevate the work of a recent graduate, whilst the graduate’s work re-contextualizes and refreshes the established work. 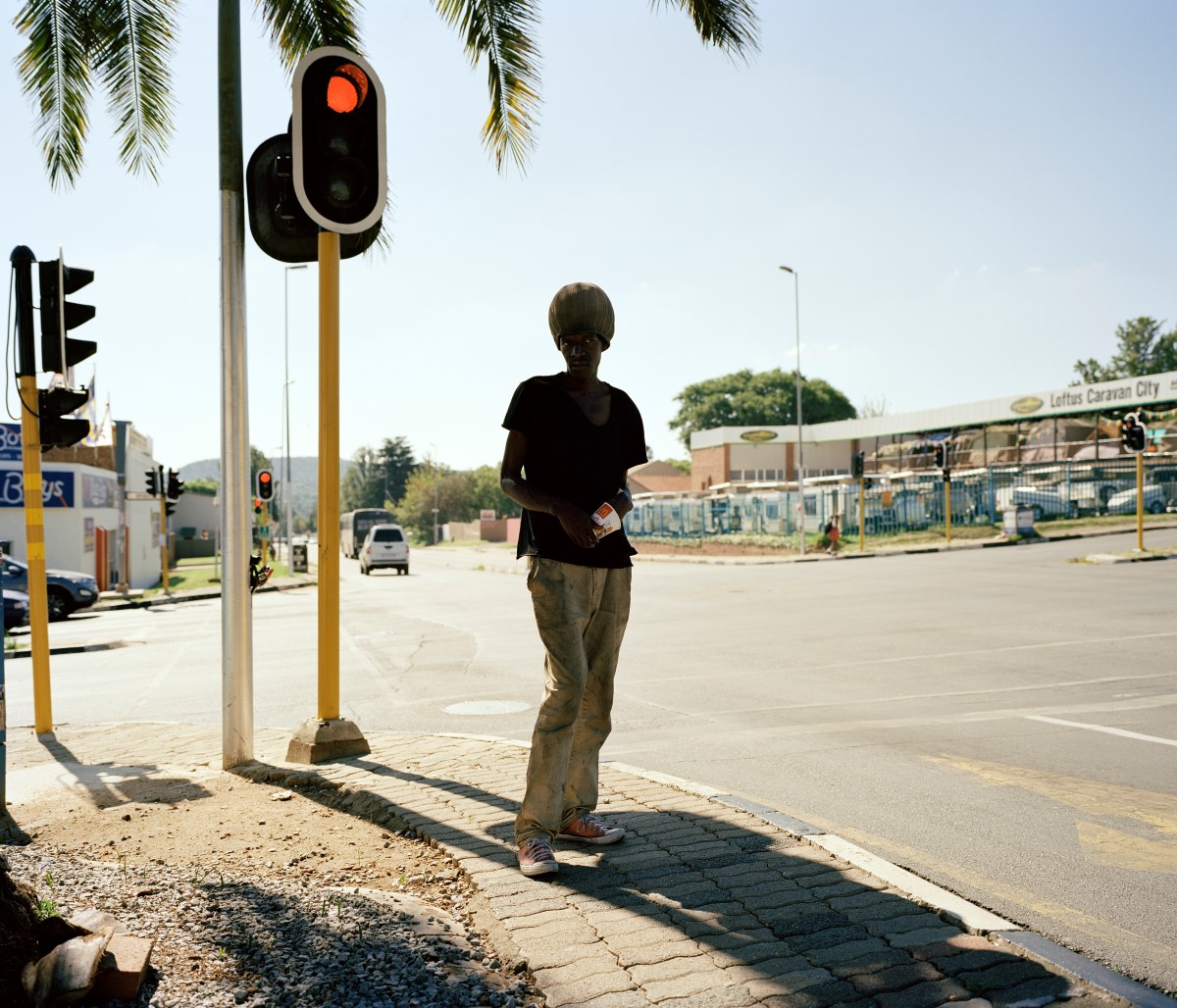 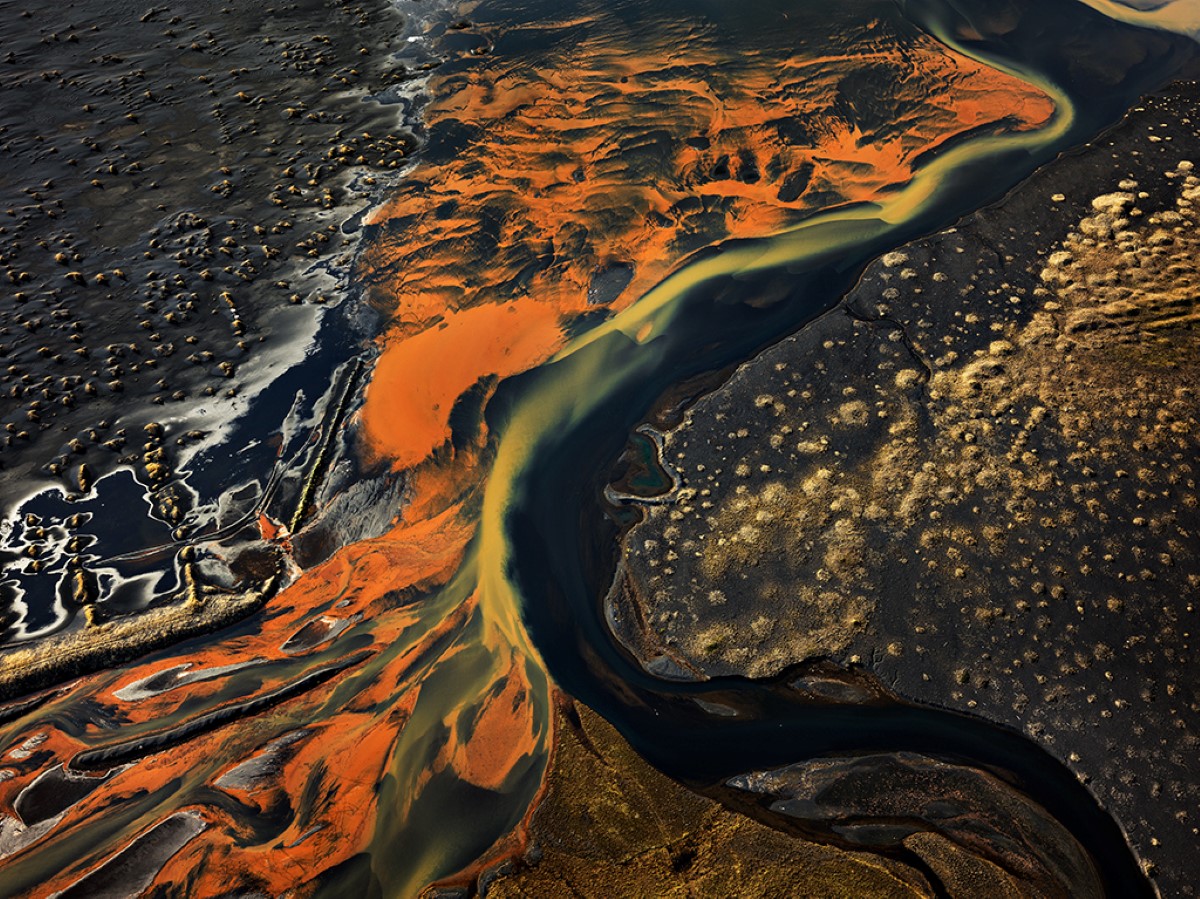 “Creative freedom can sometimes come at a cost. Whilst Unseen is an opportunity to introduce a wider audience to non-traditional forms of photography, the focus for the galleries is to strike a balance between this and commercial success. The selection process inevitably involves a mixture of intuition with more calculated strategies”.

BF: Unseen seems to be like a perfect showcase for such work and the Gibson/Sauvin project. The importance being that a gallery can take chances with new and uncompromising works. There must be a sense of freedom to be able to commit to fresh talent, can you elaborate a bit on how you choose the artists which you take to Unseen?

CL: Creative freedom can sometimes come at a cost. Whilst Unseen is an opportunity to introduce a wider audience to non-traditional forms of photography, the focus for the galleries is to strike a balance between this and commercial success. The selection process inevitably involves a mixture of intuition with more calculated strategies.
Firstly I take into account the gallery’s broader exhibition program. I find it useful to build an art fair presentation into a longer strategy including a marketing campaign, book launches and exhibitions at our space in London. I consider the type of audience that visits Unseen, whether its local people from Amsterdam or other parts of Europe. Within that audience I will ask myself who are the ones we hope to attract? Amsterdam has a rich culture of photography with fantastic museums and publishers. If there is new work by an artist we’d like to present to the curators of local institutions – what better opportunity?

Naturally, the aim at an art fair is to stand out from the other galleries. Partly based on previous editions of the fair, I will select artists that will help us achieve that. Unseen is a good platform for experimental work; you often see constructed photography, abstraction and unusual forms of display. In that sense it can be refreshing to see observational or documentary-based work. Last year we found that collectors responded well to Jason Larkin’s gritty environmental studies and portraiture from Johannesburg. Larkin very much comes from a documentary tradition – his pictures talk about complex conditions, often combining historical legacies with present day realities. In some ways Larkin’s individual photographs are straight, you might even say purist. With a playful hang in the context of Unseen the effect was both classical and contemporary.

Finally it’s always important to represent the gallery photography program as a whole. Each year at Unseen I will include a recently produced piece by one of our more established names.

BF: London recently has moved its game forward in terms of exhibiting photography. This seems to be overdue, but at the same time very exciting. The photographer’s gallery, Simon Baker at the TATE…being that you have experienced all these changes, why do you think London has finally decided to embrace the medium?

CL: I think you’d struggle to find another city in the world with as much history and information so readily available as London. If you look at other world cities it’s rare to find a primary city with as much dominance over the country it belongs to. My thoughts are that London simply has so much on offer – it was just a matter of time for art photography to have its moment. Lets not forget that UK was the birthplace of photojournalism and social documentary photography. The legacy of which has arguably challenged the position of documentary photography within art institutions. Its possible that our relationship to photography in UK through the media has stunted its acceptance as an art medium.

Like other curators, photographers and gallerists, I’m thrilled to see more of a commitment by the museums and galleries to photography. Though perhaps the more pressing question is not why this is happening, but rather what is happening?

BF: Juno Calypso’s work is quite exceptional. It is a sort of faux-diaristic and staged drama about a pink wedding suite and a woman’s place by herself within a honeymoon façade. Can you tell us a bit about her and her work that you showcased recently?

CL: Even the name Juno Calypso sounds like a 70’s movie star or casino entertainer. What we see in Calypso’s images are staged scenarios with the artist using her own body to act out fantasies based on her alter-ego Joyce. Through improvisation with costumes and makeup, Calypso’s new work brings narrative to the real-life setting of a rundown honeymoon hotel in Pennsylvania.

The Honeymoon Suite was shown as part of our yearly exhibition Artist of the Day. Hosted over a one week period, we install a sequence of one-day exhibitions culminating in a group show on the last day. Its important to us that Flowers do not choose the artists so we invite established artists to become selectors. Their job is to nominate a lesser known artist, young or old, whom they feel is deserving of exposure through a top London gallery. Each year we make sure to include a photography element. Last year Simon Norfolk selected Lisa Barnard and this year Tom Hunter selected Juno Calypso – both were excellent choices in my view. Calypso’s vision is a disturbing one, being described by Hunter as a combination of Cindy Sherman and The Stepford Wives.

Calypso stresses the importance of her work being only partly fictional “There’s this woman, alone in a hotel room exploring herself. But then I actually am a woman, alone in a hotel room. There is no Joyce, it’s just me – I’m the creep”. Part social commentary part role play, Calypso’s work challenges our preconceptions of femininity. Whilst unsettling, her depictions also portray a powerful figure who’s totally in control.

Juno Calypso might come to represent an important moment in the canon of staged photography originating from the UK. Following frontrunners like Tom Hunter, I would place Calypso alongside others from the LCC school such as the Norwegian Geir Moseid.

BF: Working with Thomas Sauvin and Melinda Gibson is an interesting idea as both artists hinge on the appropriation/editorial side of working with found imagery. Having worked in some way with both, individually, I was ecstatic to see them collaborate. It is a relationship in which Thomas’ archive and Melinda’s employ of it beg questions about further authorship. Do you ever find it difficult to explain this partnership to audiences or potential clientele?

CL: Stepping into the arena of appropriation should never be taken lightly in my view. In the case of Melinda Gibson and Thomas Sauvin we have the additional layer of one artist’s collection combined with another’s reworking of that material. In truth I don’t know how audiences will respond to that dynamic. My feelings are that the visual strength of the artwork speaks for itself.

For me the key to this approach or type of work is striking a balance between the original source material and the artists embellishment or intervention. Whether the artist re-orders through montage, splicing, stitching into or painting over, what I look for is a tension that is both complimentary and controversial. The act of defacing anonymous found photographs is a somewhat rude imposition. How the artist handles imagery once owned by someone else is a delicate operation. If done sympathetically and executed with a high level of craftsmanship, its almost as if the original becomes an imposition on the artists creation.
Sauvin’s Silvermine archive created the trigger point for Gibson’s artistic enquiry. Thosaunds of 35mm film negatives were salvaged by Sauvin from impending doom at one of Beijing’s recycling yards. What caught Gibson’s attention was not the informational content but the alchemic imperfections of the raw material. After making prints, Gibson further accentuated their metamorphosis by adding corrosive chemicals that reacted with the paper surface. The result is wholly unique – a sequence of organic abstractions far greater than the sum of their parts.

BF: Esther Teichman is another artist that you have worked with in the past. Her vast, poetic, nearly dioramic works take note on the body, the woman’s body, and environment. It is somehow a magical environment with exceptional, nearly still cinematic delivery. It pushes boundaries with its layers and is commanding of presence. When selecting works like this to exhibit, what are your expectations fro an audience to engage? Do you find most of your clientele are well informed about aesthetics?

CL: As you mentioned before Flowers is not only a photography gallery. Established in 1970, the gallery was first known as a painting gallery. To this day most of our exhibitions are by painters. So when we show photography as mixed media, whether its Esther Teichmann or Julie Cockburn for example, we benefit from an audience not solely informed about photographs. Teichmann’s exhibitions are installation-based and can be enjoyed on different levels. She creates imaginary spaces or alternate universes that envelop the viewer through her languid vocabulary. Concurrently it is highly researched work steeped in art historical reference with theoretical grounding. How the audience engages with the complexity of Teichmann’s work or any of our exhibitions is entirely up to them, as the curator I have no expectations.

BF: Unseen has so many elements and the city of Amsterdam really opens up to photography in September. Is there anything outside of your booth you are excited to see?

CL: I’m always intrigued to see what the other galleries from further afield show at Unseen. Last year I came across some Japanese photography with Kana Kawanishi Gallery that stuck in my mind. Ravestijn Gallery are showing Mona Kuhn at their space in Amsterdam and of course I look forward to visiting Huis Marseille and Foam.