Blown apart by flash and that of night’s embittered black veil, the work makes for uncomfortable viewing and the best part about it, is that it purports to do none of this, but to simply be nocturnal.

A slow and grinding glacial push can be heard from the edges of the city-state.  People are absent and the white noise of the flash pushes everything into ominous piles of uncanny forms reminiscent of the massive abyss read about in romantic books about heaven and hell. Everything seems to be pushed towards the edge, light functions as a shovel. Each mouthful of refuse is a symbol of a culture that has been vaporized. Mannequins stand in for people in dormant storefront windows and the slow grind of this mass makes an ugly scraping sound in the ears of the one or two people left to witness its advance. Pebbles and petro-products are swept into the tide as the scraping continues to push everything that ‘was’ towards the lip of nothingness that now ‘is’. All objects are collected into piles and non-functional items remain ready to be excavated centuries later by foreign archaeologists of the future… under the pre-text of document and historical leverage, when in fact, it is simply refuse and metaphorical feathers floating in a puddle of viscous black waste. 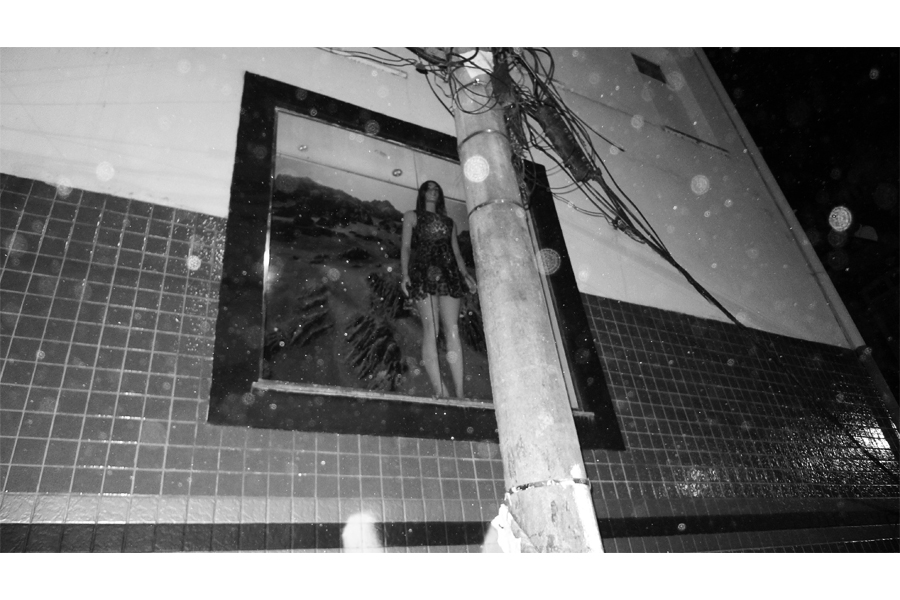 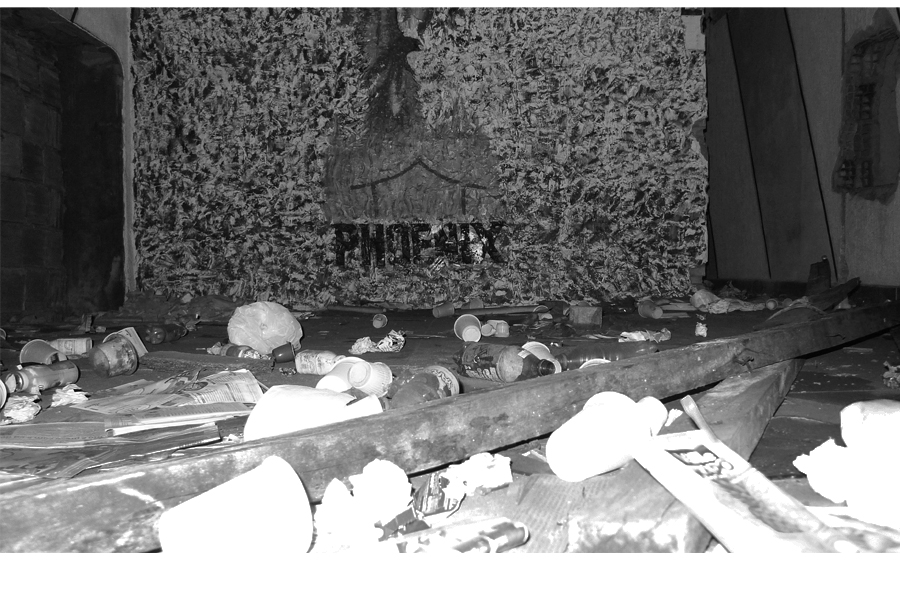 Leco Jucah’s (Brazil) work is something of a stark epitaph in glacial evolutionary simulcra where reality and its doppelganger converge under a very auspicious and uncomfortable halide decree. Blown apart by flash and that has interrupted night’s black veil, the work makes for uncomfortable viewing and the best part about it, is that it purports to do none of this, but to simply be nocturnal.