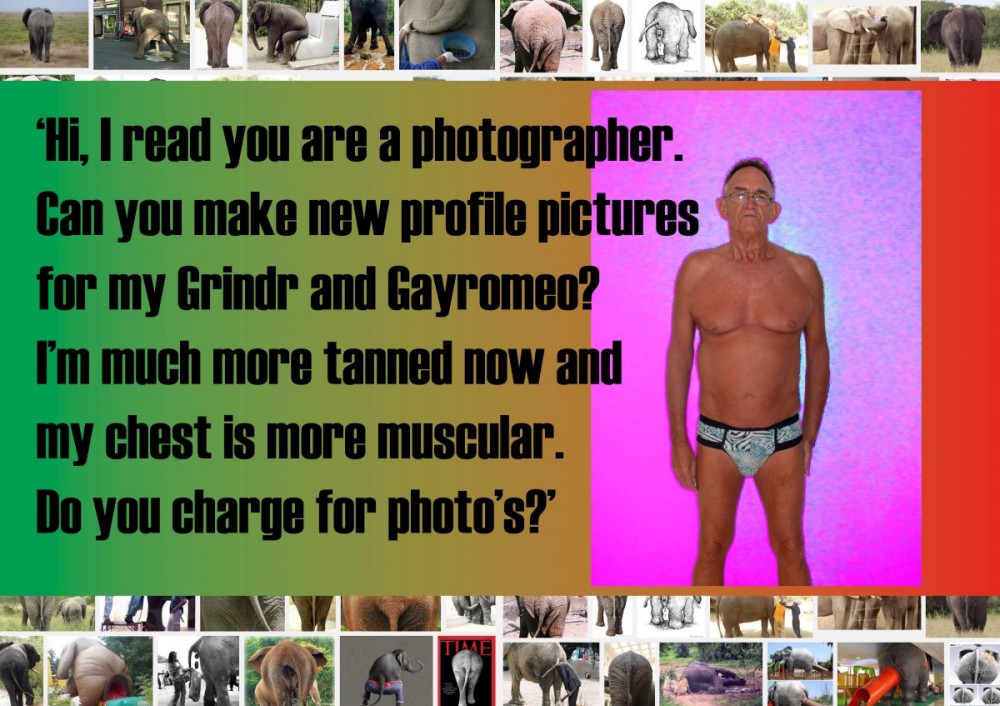 The desperate sound of a man sliding into his later decades violently pandering his Viagra fueled sex at an inter-boy, inter-girl. His dead wife back home unable to turn in the churchyard grave at its thought.

…there was a strange clawing sound coming from the other side of my room to the right of my mattress where the wallpaper’s collapsing and rippled sheets sweat and light refracts on its surface from the single bulb overhead. The bulb’s arcing presence, its calibrated movement conjoined with the “thump, thump” of the raucous fucking upstairs as its cord underneath the floor oscillates with animate gestures.

From above…the muffled words “Honey, honey you so BIG, you so BIG”…a further refracting of voices from above “You take that, you take that…that’s right…”…from an awkward English accent…the desperate sound of a man sliding into his later decades violently pandering his Viagra fuelled sex at an inter-boy, inter-girl. His dead wife back home unable to turn in the churchyard grave at its thought. His progeny grown and expecting his father to return with a young Thai bride whom they will have to fight with over his will upon death…they didn’t expect “DADDY DADDY”. This sound would fill mouths of young ladyboys, young boys, and in this, he will act out various other abstracted sexual congress while passing over his wife’s death for that of pure and hostile fucking in the brothels of Pattaya, where he can order every human parcel to satisfy his needs. He knows one night in Bangkok makes a hard man humble, as he sings along with the song of his prime. In Pattaya, he knows it just makes his soft cock hard and bang with a clamor he gave up long ago back home. These are the needs he always suspected he had, but hid them in quiet agony for that of a normal, life, wife, and a career he chose to pursue as humble civil servant. 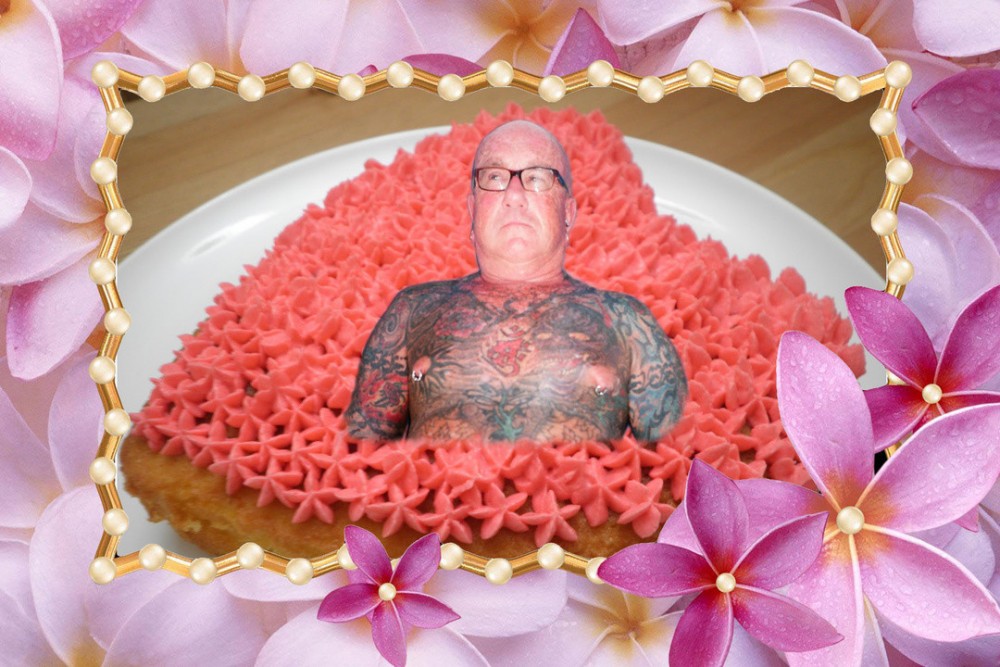 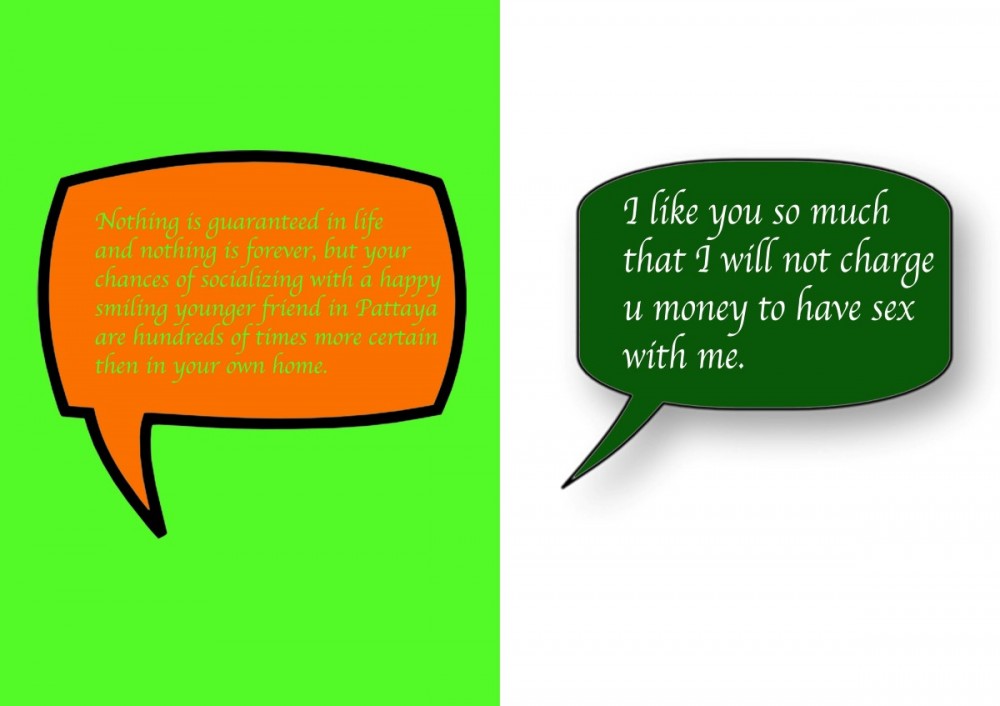 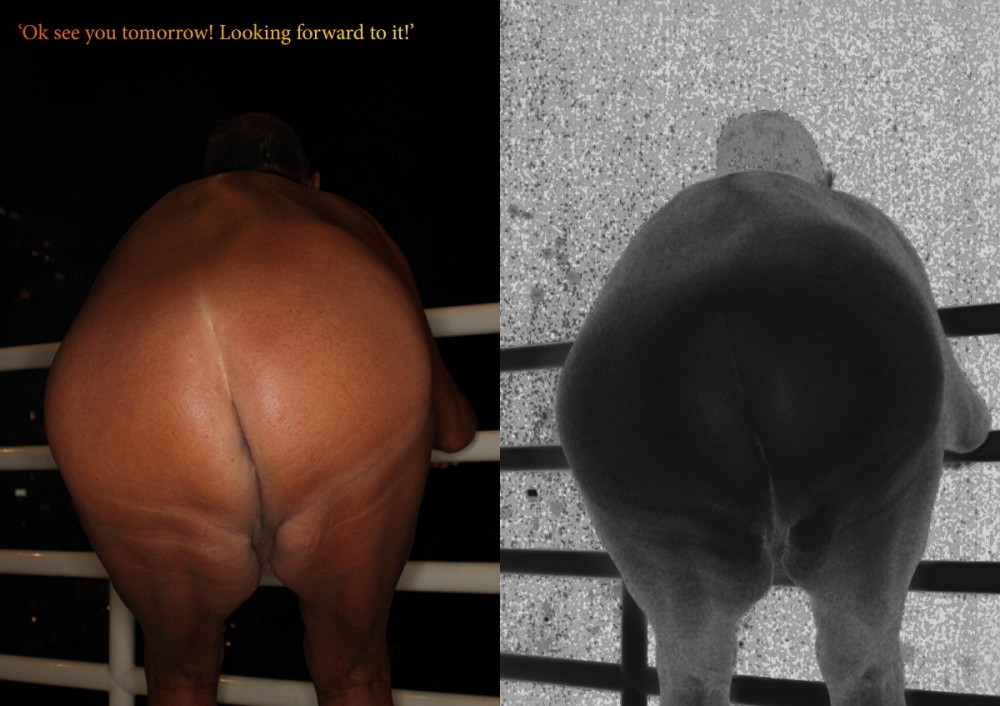 His sheepish countrymen fill in and out of the red light district in authoritative stride, their George’s cross polo shirts, their cheap laughter hiding their uncomfortablility of being found out, though everybody knows.

This man will have nobody to bereave his actions. He is classified by his sex tourism and in doing so, he is classified below that of his social standing back home should they find out. To give license to this naked gratification, he takes a quiet trip here and there to the streets of Pattaya… this blinding city of a sunset stain on Asia’s rim…Asia’s rim…a port worthy of this indiscriminate sexual practice. Pattaya, with its telephone boxes and streets littered with solicitations on cheap acid-filled card stock and with various smoke filled internet cafes, comes a veritable menu for the man to enjoy. He, is in theory, not alone here. His sheepish countrymen fill in and out of the red light district in authoritative stride, their George’s Cross polo shirts, their cheap laughter hiding their uncomfortability of being found out, though everybody knows. And here, adversely, the locals are not the victims, they are the champions of honesty and they are paid well for their service and to the belief in their bodies. There is no shame to their desires, their bodies, and their lives. It is the tourists themselves clawing the walls in the room next door, thinking of their dead wives and their kids watching them through broken blinds as they comfortably escort their tongues across Asia’s rim…insecurities ameliorated in exchange for submission of temporary guilt.

Jan Hoek’s “Pattaya Sex Bible” is a quizzically interesting and chapterized set of small books, perhaps reminiscent of travel brochures or Asian cuisine menus pushed through letterboxes across Europe every day. The books are small and interesting musings on the Pattaya sex industry. They are from multiple points of view and there is a clear idea that the activities within are not to be seen as victimized. There is liberation at play with the locals. Clever quotes about the industry and a hyper-pop color usage makes the book seem very much at home with aesthetics of Pattaya. It is an explosion of sensuality and though maybe garish for some, it is indeed spot-on in its ability to consider geo-specificity through emulation of graphic aesthetic. It is another well-conceived and excellent title from APE Books and Jan Hoek.