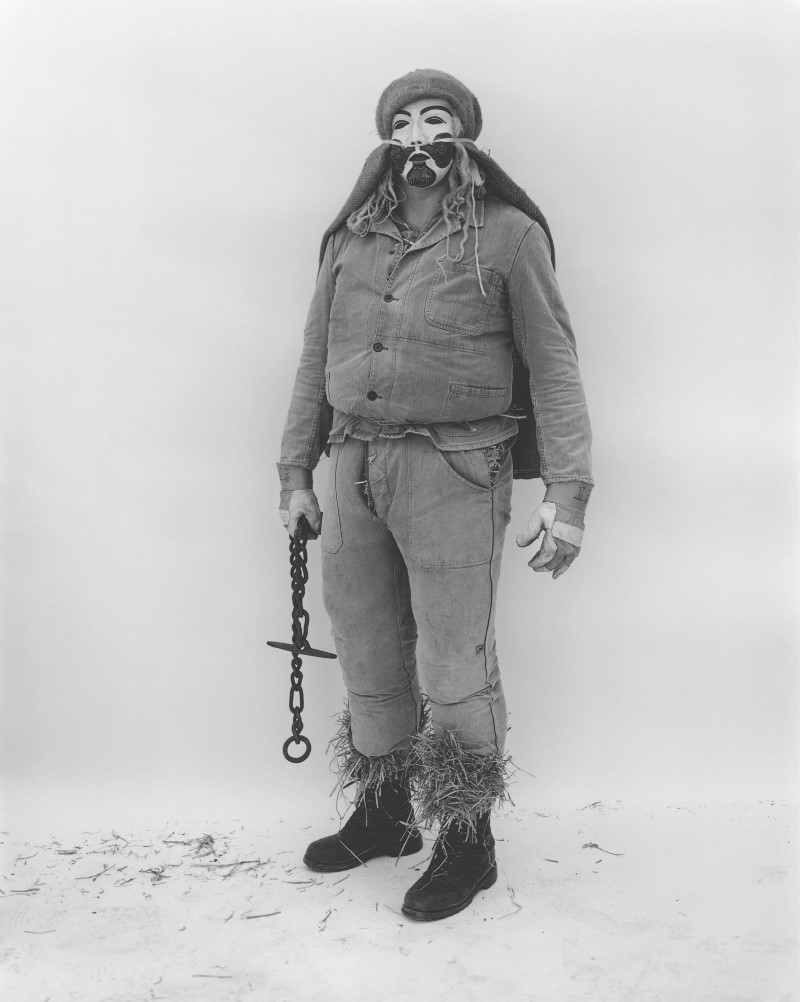 The tradition, ongoing for centuries, seems to make most sense under the duress of current globalism and the great homogenous wave of sameness that is currently serving the progress of monocultural flattening.

There is an inimitable wail resounding from across the field. Large bales of straw stand sentry and command an eerie presence, their shape billowing and plotting the nightmare worlds that children succumb to in the rancor and clamor of unhealthy sleep. Rising from the ground these lumpen miscreants collude as part earthen-man and part pre-cursor to frost-bitten mornings, for harvest time has arrived and with it the demonology of abstracted teutonic pagan traditions.

Zoomorphic figures playfully dance in shadow of the scythe’s blade and the bonfire’s polar vanity sends light cascading against the breathe of a sterile and castrated beast; a horse. There is an obtuse commonality with the uncanny earthmen now mobile and hidden behind masks and the strength of the eunuch masquerading as a horse. Both exhibit tenacious signs of life from behind the façade of strength, their forms emasculated through pain and an inability to be seen for what they are. This is the same beast that pulls along the straw that it will eat throughout the cold and deadening months of winter from under a whistling wooden architecture. The other beast is also the same man who will return to the confines of the hearth, his family, the feast at the table, to become disrobed and humbled from behind his mask to that of his slovenly, bent, and aging human form. In all worlds, from all time endeared, one should always print the legend. 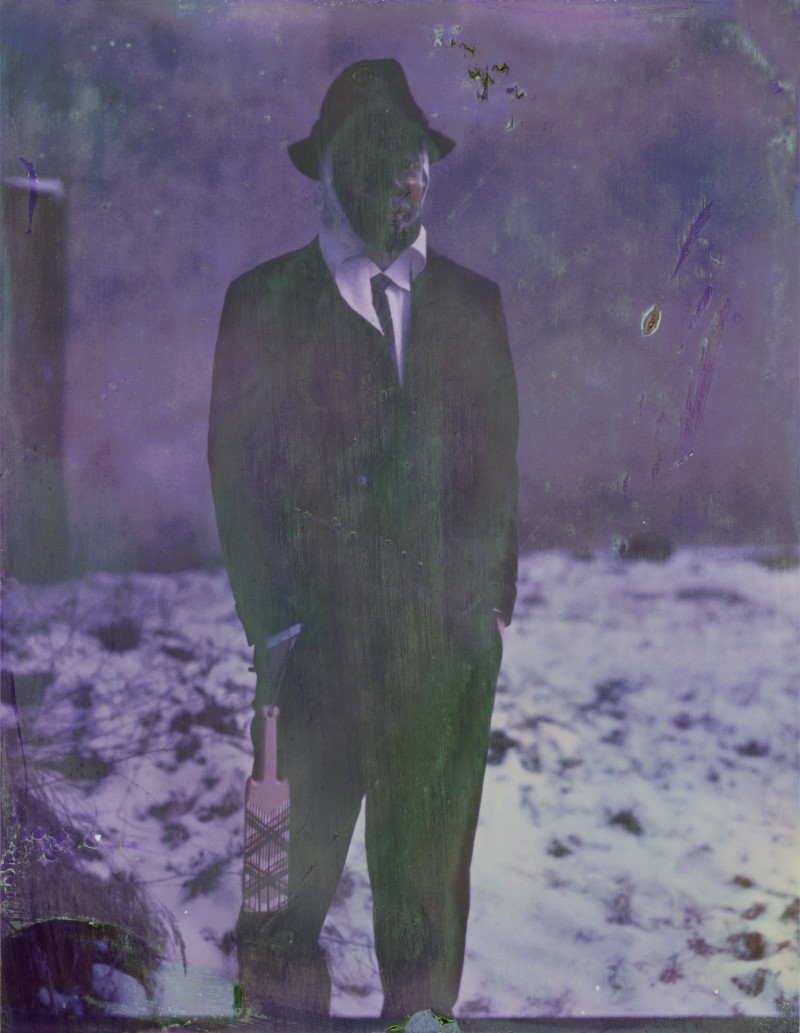 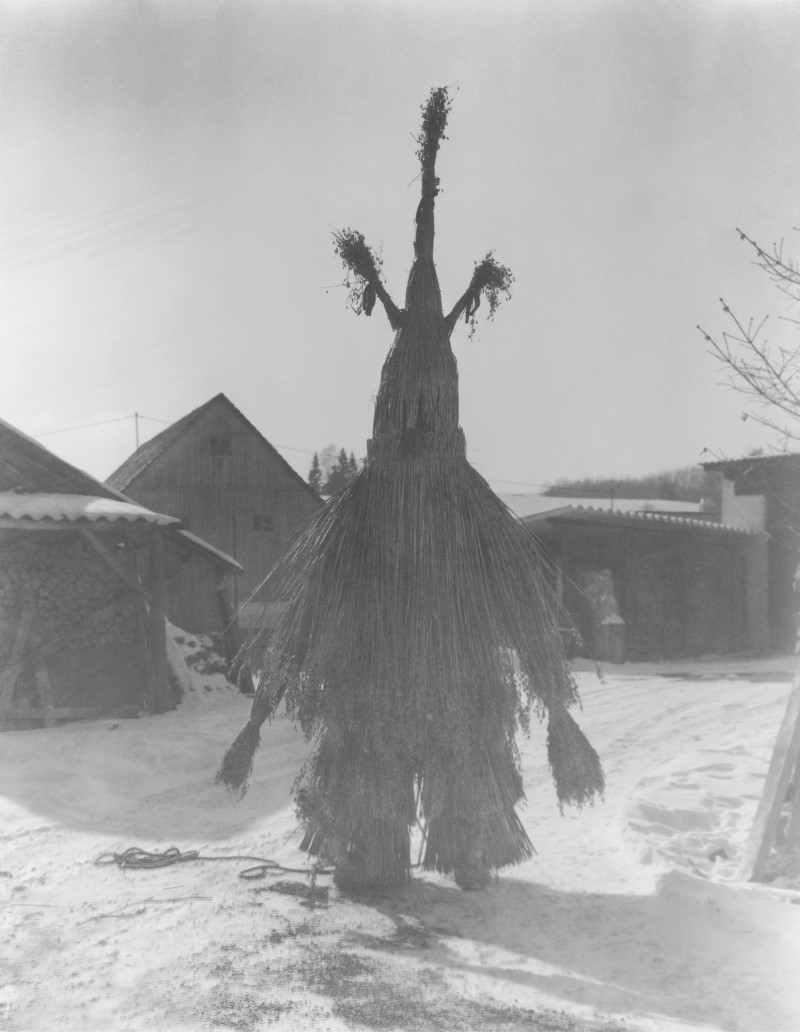 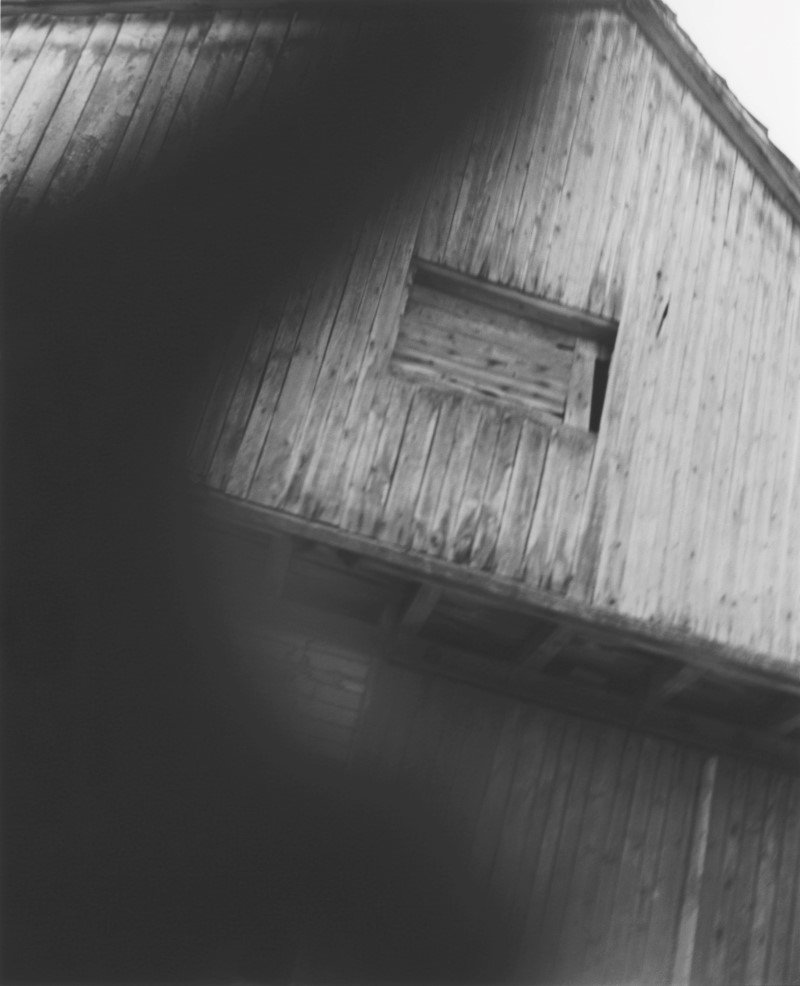 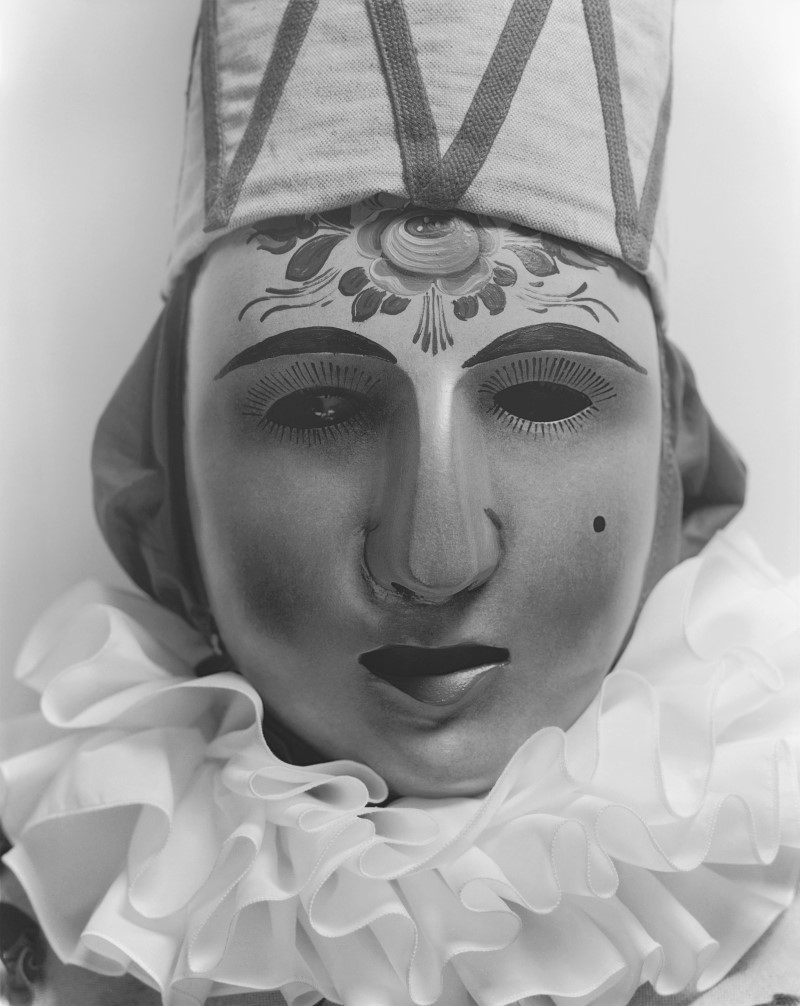 Zoomorphic figures playfully dance  in shadow of the scythe’s blade and the bonfire’s polar vanity sends light cascading against the breathe of a sterile and castrated beast; a horse.

Dusk is woven to the hide of death. The crepuscular and gleaming orange light fades along the watchtower, an uncomfortable prelude to the season of blanketing white snows and the scent of embers tentacling out from stone chimneys, a sign of shorter days and shorter lives. The ceremonial offerings and bacchanalian gatherings, a last attempt at calculating community before the next thaw of spring. Before the earth can become muddy and before the birds may once again sing from the crisp alpine air, all must die or hibernate in one way or another. 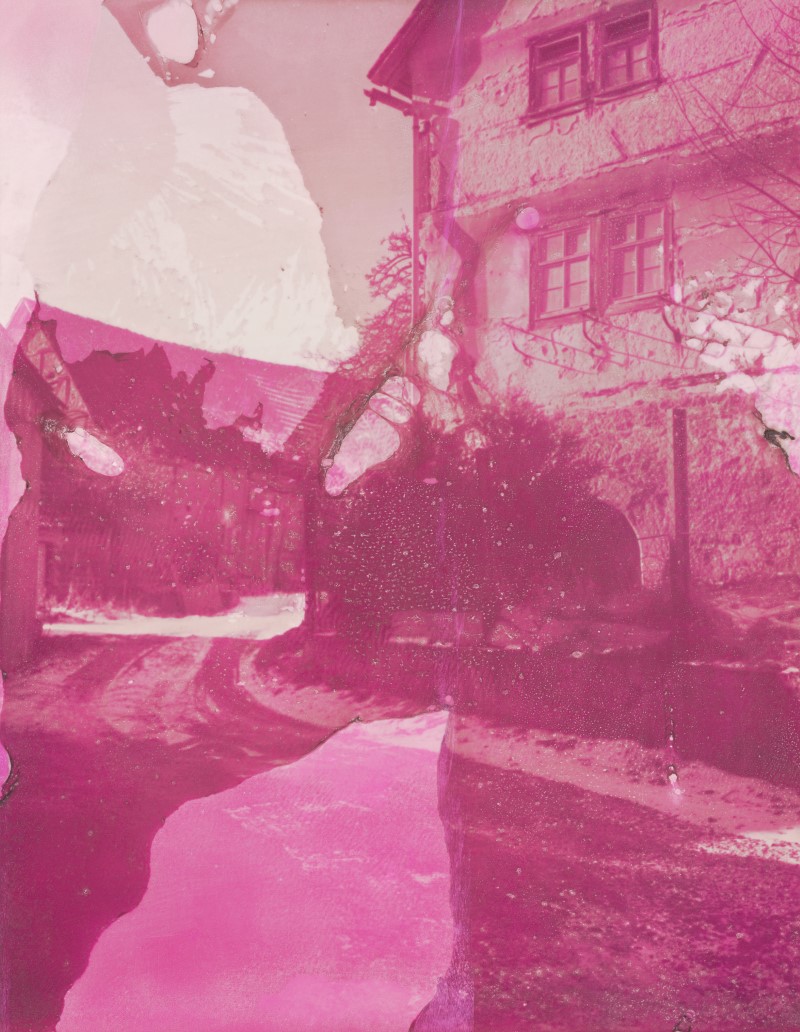 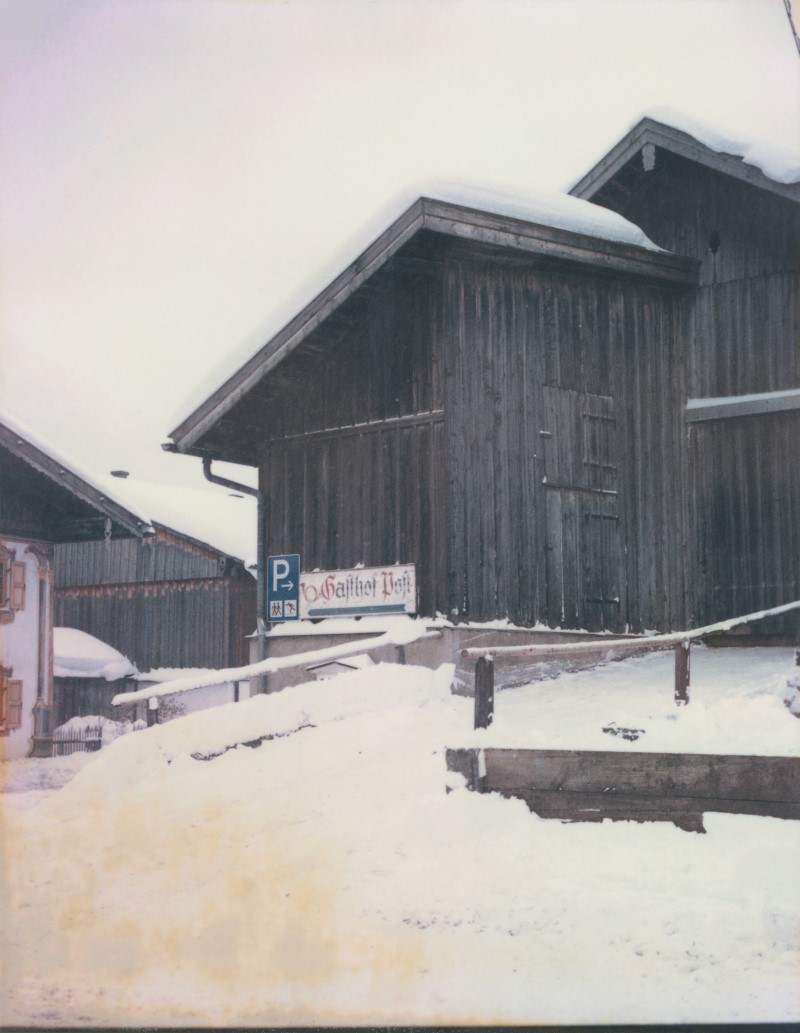 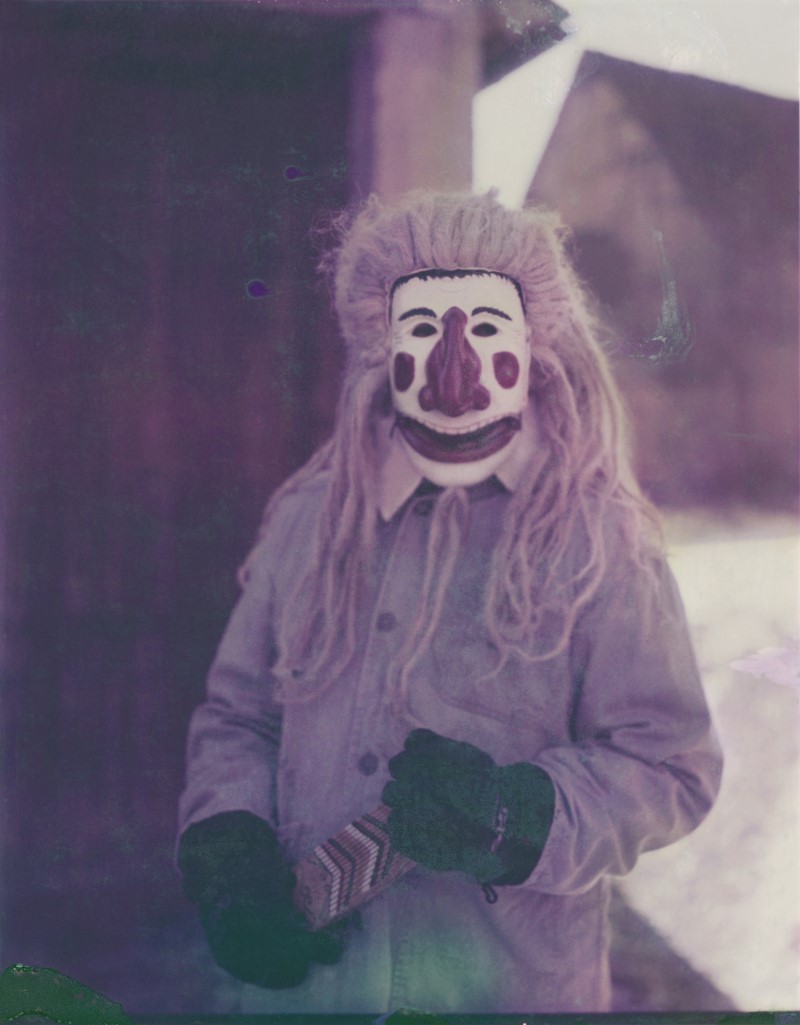 Axel Hoedt’s “Dusk” is a real enemy of the cross. The diminutive tome from Steidl is a concise and metaphoric look at the subjects of the Swiss and Austrian tradition of carnival. There have been several books about the traditional costumes found in European tradition. Recognizably, Charles Freger’s “Wilder Mann”, and also Estelle Hanania’s superb “Glacial Jubile”. The tradition, ongoing for centuries, seems to make most sense under the duress of current globalism and the great homogenous wave of sameness that is currently serving the progress of monocultural flattening. Hoedt’s work is perhaps the most melancholic. There is a sense of loss within the pages. The portraiture is less foreboding and is in effect, enveloped with a shroud of disappearance. Throughout, there are photographs that crop up occasionally of tree lines or skyscapes that point towards a dissolve. This dissolve, imagined as a metaphor for disappearance, seems to paint the bodies within as filled with an intense and burning sorrow. It is almost as if the patients have been made slave to an ungrateful end of all things. They have become the slave children of abandoned traditions, left bound to the sinking ship of Aladdin’s menacing Titanic, blessed enough to run away from heaven should they be shamefully dragged to its gates.